Commissioned by King's Cross and designed by Moxon Architects and Arup, the new Esperance Bridge, named by the children of a nearby school, is inspired by the area’s industrial past. The new infrastructure crosses Regent's Canal to link Pancras Square with the area’s shopping district, Coal Drops Yard and Granary Square, a classic symbol of London. 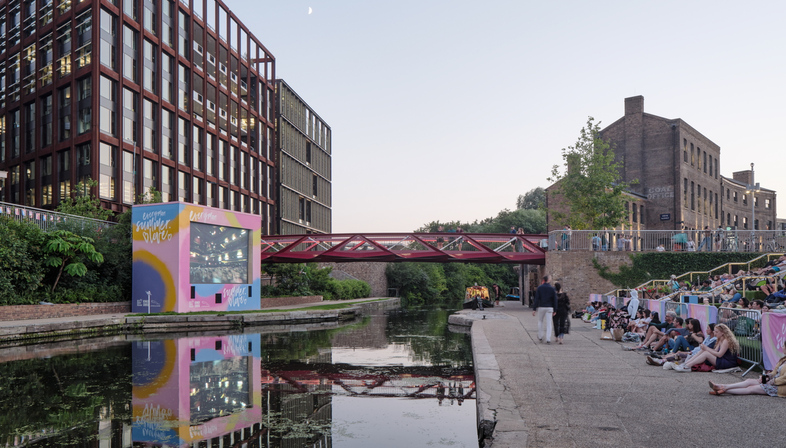 Bridges have always been highly symbolic places in the urban fabric of our cities, while of course improving connections between certain areas. This is the case in London, where Esperance Bridge opened a few weeks ago. The new bridge in the well-known King’s Cross area owes its name, French for "hope", to the local children of King's Cross Academy, a school that opened in 2015: a name expressing an optimistic message at this difficult time of pandemic.
The 25-metre bridge commissioned by King's Cross and designed by Moxon Architects and Arup represents the final step in the recovery of the heritage of this part of King's Cross, providing direct access from Pancras Square and the railway stations to Granary Square and Coal Drops Yard in the heart of the district. The new structure replaces a bridge built around the year 1821 in the same location on Regent’s Canal to take coal to the Goods Yard; the original bridge was demolished in 1920, when freight transportation by rail began to decline and the structure was no longer needed.
While respecting the architectural heritage of the Victorian age, Moxon Architects worked with engineering and consulting firm Arup to keep the bridge as simple as possible, focusing attention on the craftsmanship of the new construction and its high-quality materials. The structure is made primarily of painted carbon steel, with a simple yet expressive truss form. The bridge was made by a specialist steelwork fabricator, SH Structures of Yorkshire, and the construction process was managed by Galldris Services Ltd: a consolidated team, as Esperance Bridge is the second bridge built by Moxon Architects and Arup, after Somers Town Bridge, also in King’s Cross.
Esperance Bridge stands out for the bright red colour clearly revealing its form while complementing the patination and colouration of the neighbouring cityscape. It links two key parts of King's Cross, improving the accessibility to and from Coal Drops Yard and the area’s wider cultural, commercial and hospitality offering. By night, the bridge becomes a light show, as Esperance Bridge features integrated lighting designed by Studio-29 to create a visually exciting and safe route for the public. People can now enjoy crossing Regent’s Canal between Granary Square and Kings Cross even at night, thanks to a lighting scheme that celebrates the form and structure of the bridge while minimising environmental impact: sensitive lighting design provides users with the right amount of light without disturbing the natural environment of the canal and the fauna living in it.
In addition to the lighting, the very position of Esperance Bridge makes it a focal point in the urban area, allowing users to enjoy a new vantage point over this lively neighbourhood and adding to its overall enjoyability with a new route encouraging sustainable pedestrian traffic. 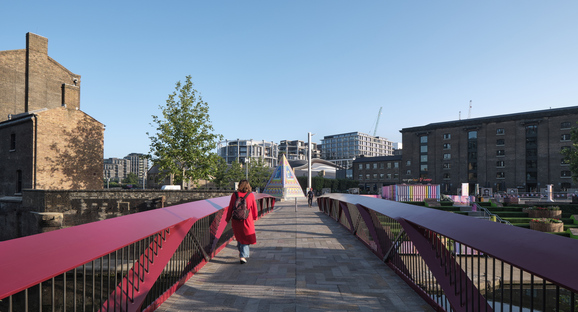 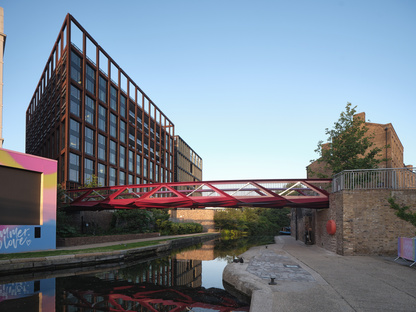 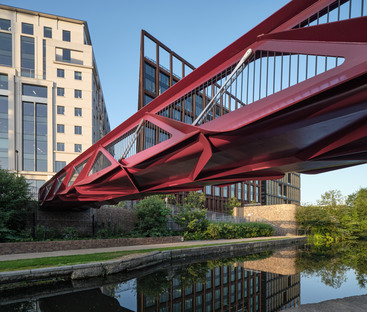 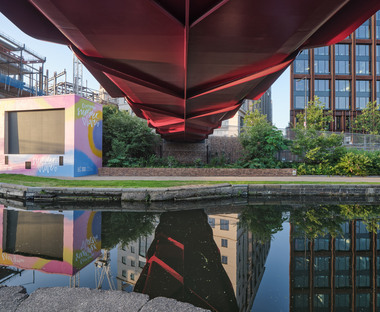 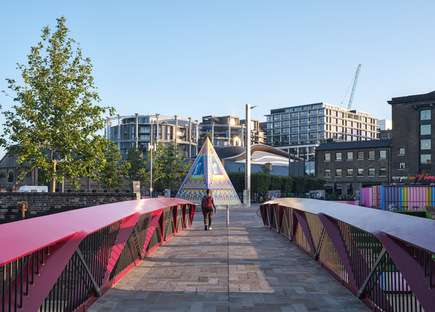 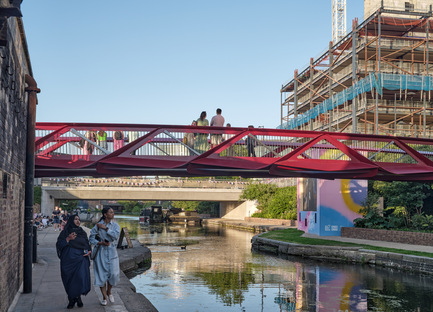 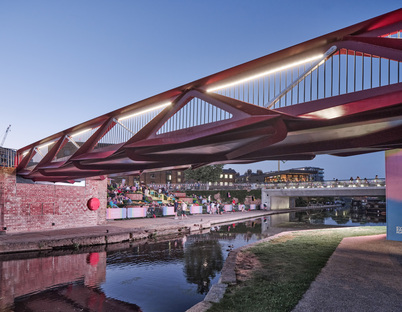 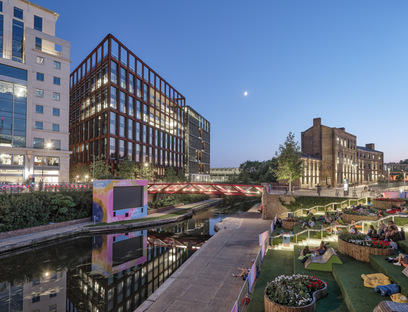 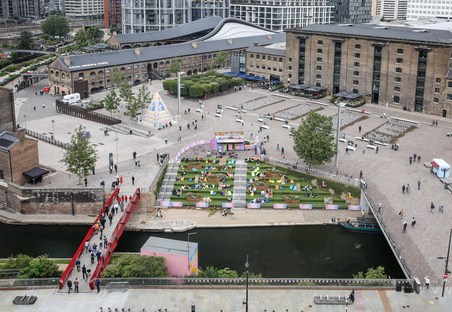