In Gothenburg, Villa Hovås, designed by the Swedish Bornstein Lyckefors studio, boasting a marvellous view of the North Sea, was conceived precisely as a direct answer to the highly sought-after natural surroundings in which it is inserted. The layout of the house takes into account both the views, as well as the efficient organisation of the living spaces. 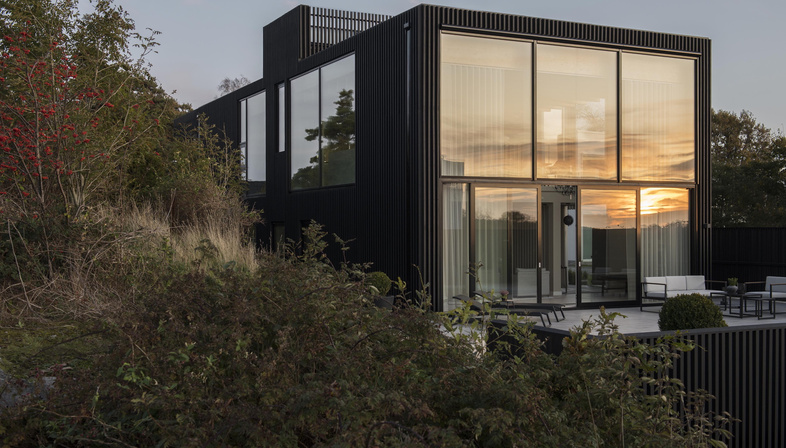 Gothenburg is the second largest city in Sweden. Located on the country's west coast, it faces the North Sea at the mouth of the Göta River. Founded in 1621 by King Gustav II, the city has already celebrated its 400th anniversary. With its many bridges and canals, it is often compared to Amsterdam or Venice. In addition to offering a beautiful old town with several neoclassical buildings, Gothenburg is Sweden's largest industrial city, home to companies such as the Volvo Group and Volvo Cars, as well as Scandinavia's largest port.
The Hovås neighbourhood, where the residential project created by the Bornstein Lyckefors Arkitektur Swedish architecture firm (soon to be called Olsson Lyckefors Arkitektur due to internal changes) is inserted, is an elegant seaside suburb south of Gothenburg. Here, on a west-facing sloping plot of land facing the sea, the architects have created Villa Hovås, a two-storey single-family architecture.
To make the most of the beautiful location where the plot is inserted, Bornstein Lyckefors Arkitektur proposed an elongated volume, oriented east-west, with a fully glazed side facing the sea, to the west, and a closed side facing the street, to the east. The formal simplicity of the house, with its 285 square metres of space, is enhanced by a façade made in blackened wooden slats which, as the architects write in their press release, "create a special relationship with the surrounding world". While, on the one hand, this permeable cladding camouflages the villa in its hillside context, on the other hand, it becomes a brise-soleil, creating beautiful internal plays of light and shadow and offering the inhabitants the right amount of privacy.
The two floors of the house, however, differ both in terms of function and floor plan. The bottom floor, characterised by a rational layout, houses the bedrooms and the utilities arranged along a corridor. At the end of the corridor, this area flows into a double-height living room that connects with the shared areas on the top floor. The living room, in turn, provides access to the terrace with a swimming pool, offering beautiful views of the North Sea and the Gothenburg archipelago.
The common living area continues onto the upper floor, where the kitchen is located. Here, explain the designers of the Bornstein Lyckefors Arkitektur studio, "the view opens towards the sea with the pool in the foreground to create an impression of endless ocean". In addition, a sauna and a raised terrace have also been incorporated on the upper floor.
As a whole, the layout of the house seeks to create a dialogue with the surrounding nature, as the panoramic views and natural light were key elements of the design, playing a determining role in the architectural choices. And it is precisely for this reason that the architects opted to clad the villa in wooden slats since, apart from being the local material par excellence, this choice allows the vernacular tradition of typical wooden houses to come together with Scandinavian minimalism. Only an apparent minimalism, because Villa Hovås by the Bornstein Lyckefors Arkitektur studio impresses with its interiors, with the richness of the details and with the fine materials that characterise its private and shared spaces. All this, in a continuous dialogue with the natural context: the true protagonist of this architectural intervention. 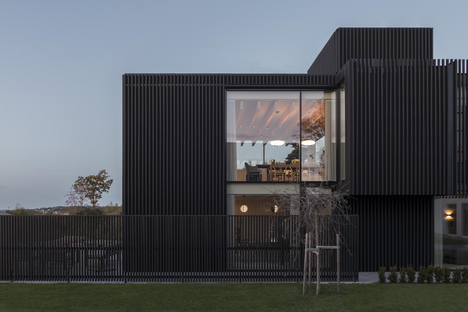 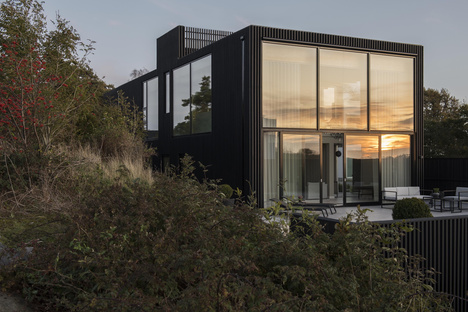 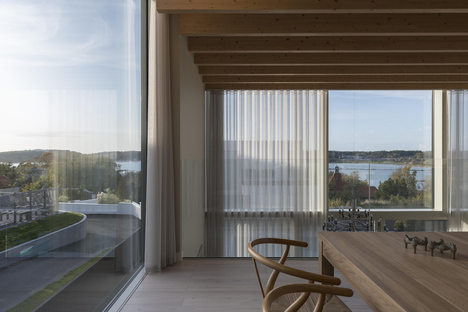 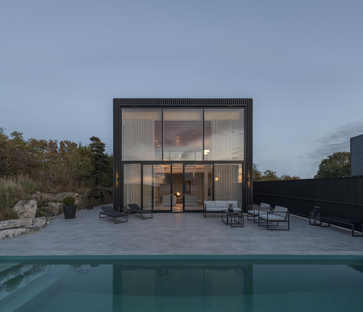 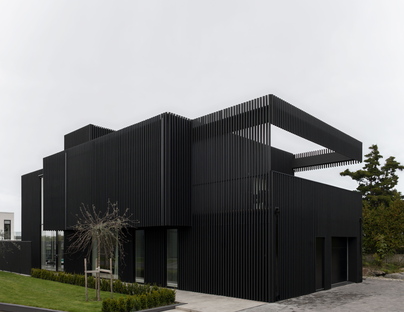 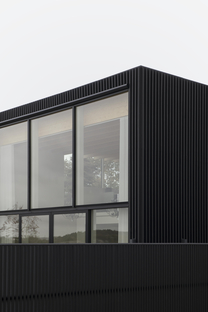 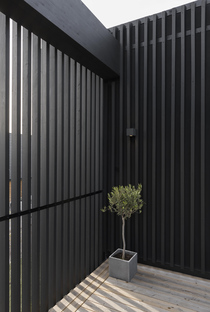 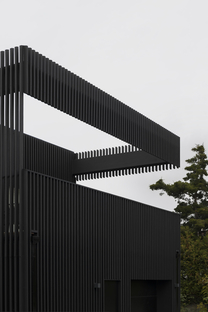 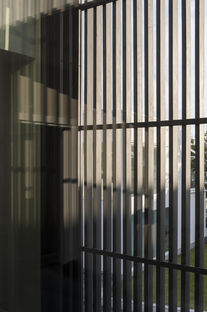 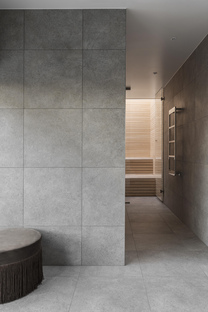 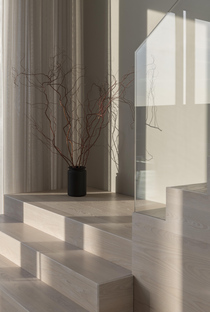 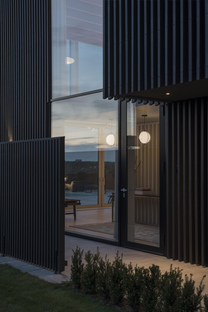