Villa Timmerman in Göteborg, Sweden is not just a semi-detached house but a manifesto of a married couple of architects, Andreas Lyckefors and Josefine Wikholm. The pair have designed a house that can easily be adapted in response to new requirements, made of prefabricated timber elements. 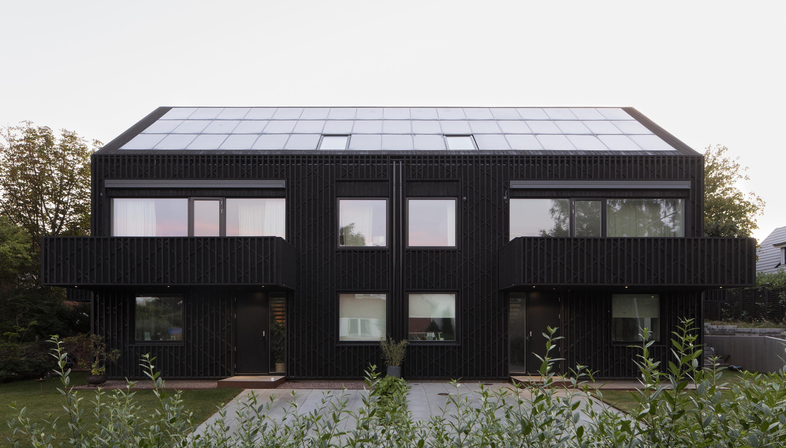 We must confess we have a weakness for homes designed by architects for their own use. These buildings always have a lot to say about their designers’ philosophy and reveal what they truly consider important. So now we take a look at the house designed by Andreas Lyckefors and Josefine Wikholm of Bornstein Lyckefors Architects, founded in 2012.
Villa Timmerman is located in Aksim, a popular residential suburb of Göteborg, or Gothenburg, developed since the ’60s. In this densely built-up suburb, the architects purchased a residential lot on a slope facing southeast, over the sea. Here they constructed a semi-detached home, the other half of which partially financed the project.
The house is the product of attentive study of the location and the sloping lot to build a structure in which both halves enjoy the same benefits, such as sunshine in the morning, at noon and in the evening. In short, the sun is always shining on one of the terraces or balconies at all times of day. Another challenge in the Villa Timmerman project, say the architects in their note for the press, was how to “create qualities on all floors, as the house is placed on a slope”. The flow of light through the structure determines the layout of the floor plan and the position of the openings. As the architects say, “ The stairs at the back of the house, with large windows and glass roofs, allow a good amount of light deep into the ground floor and balance the large glass sections on the mezzanine level. The result is that light comes from three directions also at ground level.” Ceiling lights and a double-height ceiling help to create a home in which intelligent use of daylight illuminates spaces even on cloudy days.
Another important aspect was ensuring that both halves of the house could be adapted to the continually changing needs of the families who inhabit them, because spaces are used in different ways as children grow, from the proximity of infancy to a growing need for privacy in adolescence. This is why Andreas Lyckefors and Josefine Wikholm positioned bedrooms and bathrooms on all levels of the homes. “The small children can sleep close to their parents while older children, teenagers or guests can live on their own floor with toilet and their own living room”, say the architects, explaining their unusual decision to break away from the conventional sharp division between living area and bedroom area.
The house is built entirely of wood, with a prefabricated frame assembled on site. The dark wooden façade has been treated with wood tar in a mixture of black and brown pigment, producing a warmer black abounding in pigments so that it looks different in different kinds of light. Three grids of diagonal and vertical ribs on the outside of the wooden cladding provide extra protection against the sun’s rays on the façade and serve as a protective layer against rain, while the tarred wooden roof panels also incorporate solar panels, seamlessly integrated into the roof to create an elegant look.
Villa Timmerman is a virtuous example of a semi-detached home in which the two 179-square-metre units are independent, establish a close relationship with the landscape and enjoy plenty of sunlight in the rooms inside them, including spaces with custom-made niches used as sofas, to create a bright, calm atmosphere. A beautiful home that responds to physiological changes in its users’ lives! 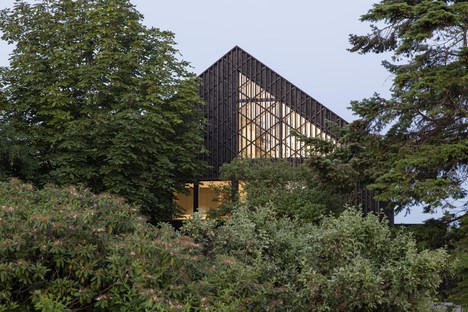 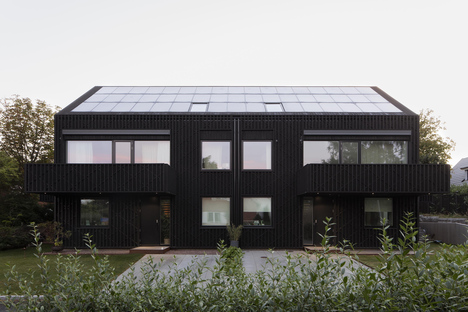 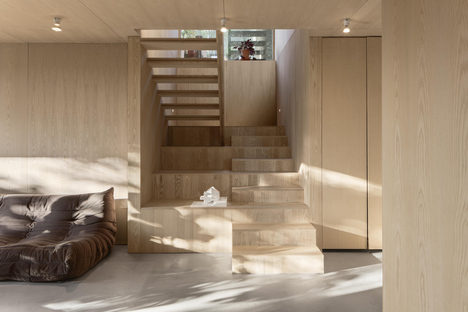 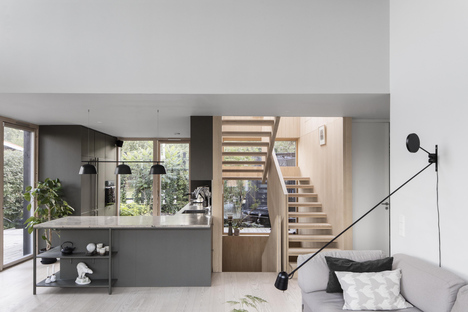 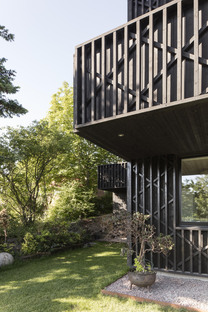 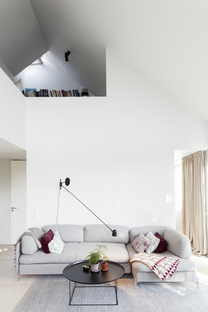 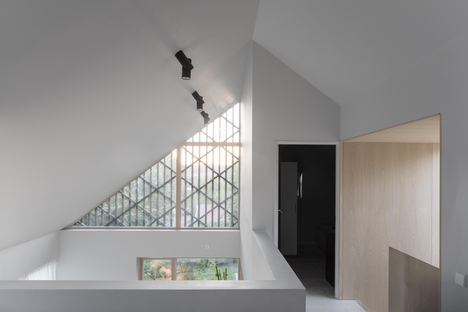 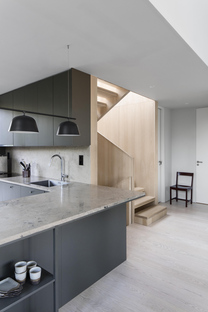 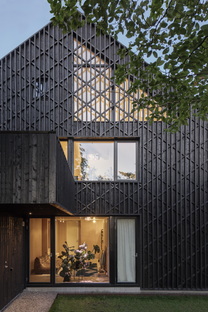 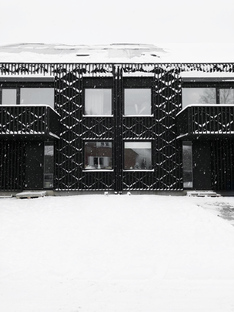 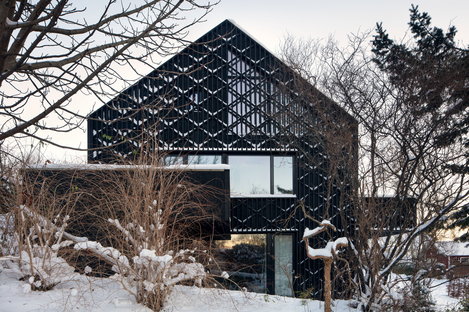 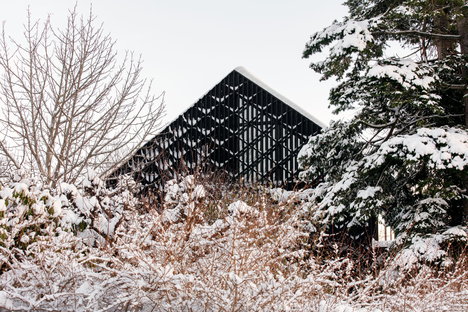