BIG Bjarke Ingels Group and the new noma in Copenhagen 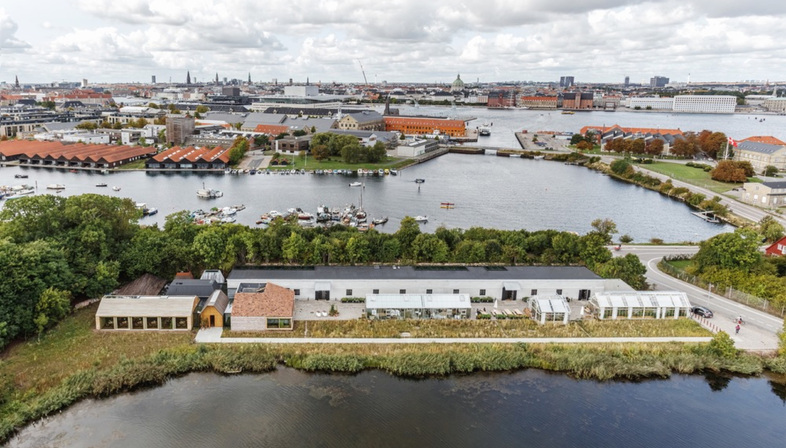 The award-winning restaurant noma worked with BIG-Bjarke Ingels Group to create its new home just outside downtown Copenhagen. Imagined as an intimate garden village, it is situated in the community of Christiania, on the site of a protected former military warehouse.

When excellences join forces, the end result can only be extraordinary. Which is exactly what has happened in Copenhagen where noma, since its opening synonymous with cutting-edge culinary creations, and recognised four times as best in world, approached BIG-Bjarke Ingels Group for its new home.
Because after fourteen years, it was time to start from scratch again with something new, so in 2017, noma closed its doors to the 16th-century harbourside warehouse to reopen after over three years of planning, its new home, developed and built in partnership with BIG Bjarke Ingels Group.
Situated between two lakes and within the community of Christiania, the new restaurant has been built on the site of a protected former military warehouse once used to store mines for the Royal Danish Navy. "When we found the location for the new noma, we knew we had to come up with an architectural solution, which made sense for our guests, the team and also the surroundings," declared Peter Kreiner, Chief Executive Officer, noma.
"Our collaboration with noma Chef and co-owner René Redzepi, and the noma team has been brewing ever since I had my first dinner there fourteen years ago. Similar to our own idea of hedonistic sustainability - where the more sustainable city is also the most enjoyable city to live in - noma has pioneered a cuisine built upon shared values for creativity and sustainability," said Bjarke Ingels, Founding Partner, BIG.
This was the inspiration behind the idea of splitting up the individual functions of the restaurant and organising them as a set of separate but connected buildings. A total of each tailored to their specific needs and built of the finest materials best suited for their functions are densely clustered around the restaurant’s heart: the kitchen. The new noma dissolves the traditional idea of a restaurant into its constituent parts and reassembles them in a way that puts the chefs at the heart of it all. From their central position, they have a perfect view of every corner of the restaurant. The guest areas are made of stacked timber planks that resemble nearly piled word at a timber yard. A large skylight and expansive windows provide the right light and the large glazed doors slide open onto the outdoor permagarden.
Three, separate glass buildings outside host the restaurant's greenhouse, test kitchen and bakery. Guests can stroll through each of these buildings, giving them the opportunity to experience a variety of Nordic materials and building techniques: the barbecue is a giant shack and the lounge area looks and feels like a giant, cosy fireplace made of brick, inside and out.
Glass-enclosed spaces in between the buildings underscore the constant connection with nature both for guests and for the noma team. The historic, 100-metre long warehouse completes the circle of buildings around the kitchen and contains all the back-of-house functions, including the prep kitchen, fermentation labs, fish tanks, terrarium, any farm and break-out areas for staff.
Overall, and in keeping with the urban surroundings, the new noma is set up as a garden village where guests are invited to experience a new menu and philosophy that will define the noma for years to come. 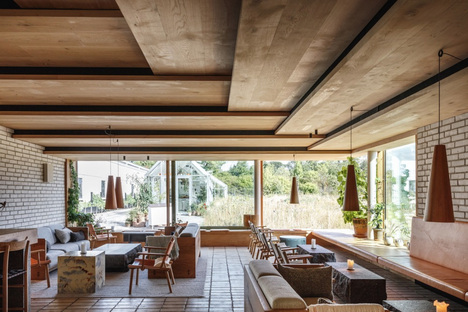 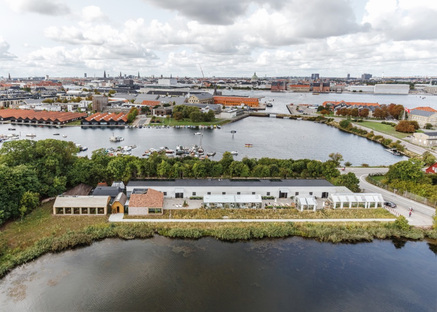 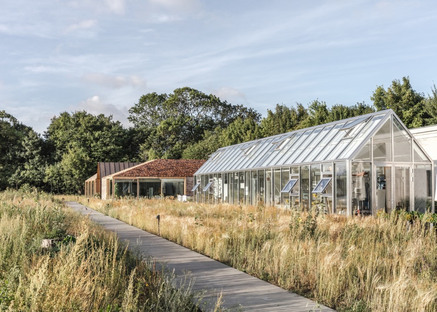 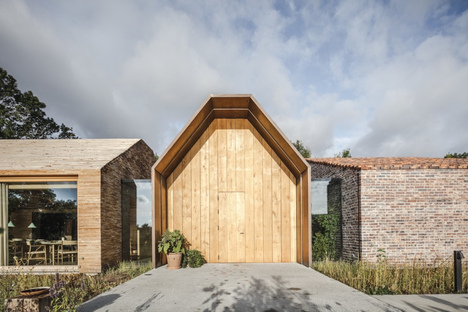 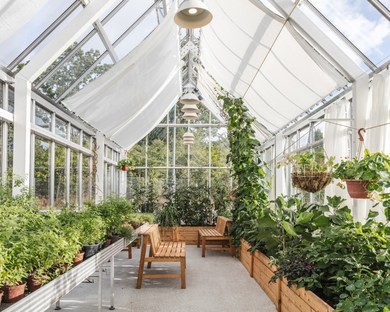 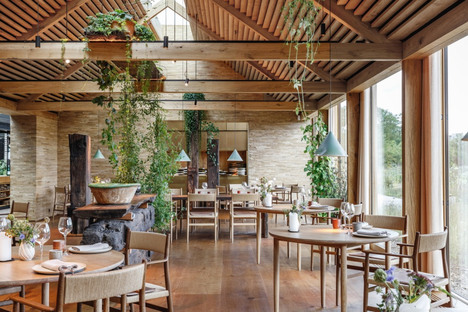 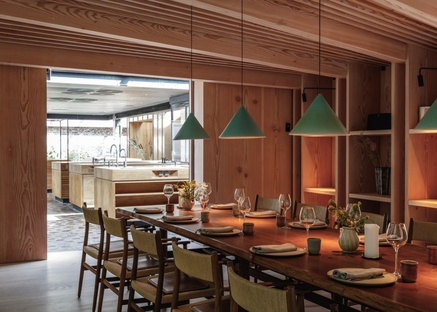 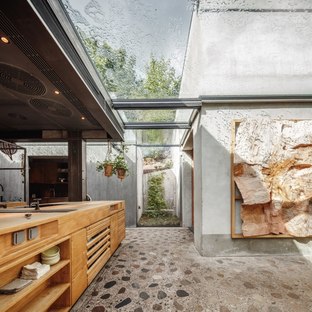 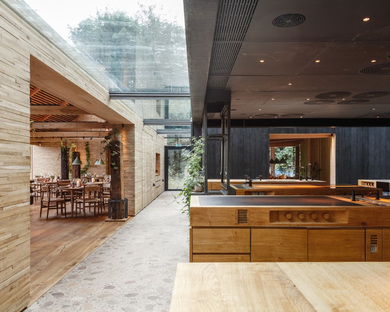 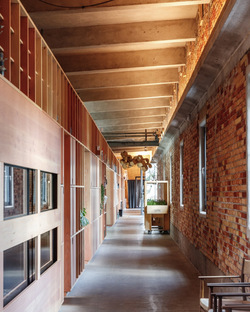