The Danish refugee museum FLUGT, designed by BIG-Bjarke Ingels Group architects and Dutch experience design agency Tinker Imagineers, was officially opened at the end of June. We discover the innovative immersive project in which the stories of refugees from all times are told in a way never experienced before. 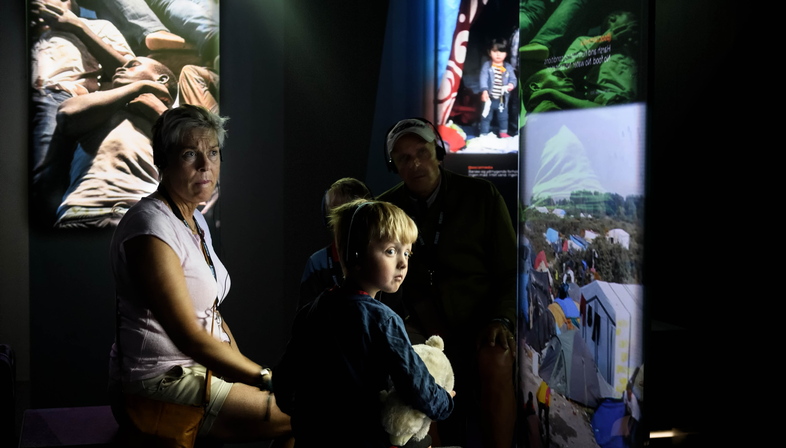 We have already had the opportunity to present the Danish refugee museum FLUGT, located in Oksbøl, Denmark's largest World War II refugee camp. A small village on the North Sea coast, with less than 3000 inhabitants, experienced a dramatic transformation towards the end of World War II. Let us retrace its history. After the decision to relocate 250,000 German refugees from the eastern parts of Germany to Denmark, a barracks outside Oksbøl was transformed to accommodate 36,000, almost all of them women and children. It became the fifth largest city in Denmark at the time.
A place, therefore, predestined to host a museum about refugees in one of the few remaining structures, the former lazaret, transformed by BIG studio in close collaboration with a team of engineers and creative designers from Tinker Imagineers. This is how FLUGT, the Danish word for fleeing, was born: a 1,600 m2 exhibition space where personal stories are used to give a voice and a face to refugees from all over the world. This museum wants to show the connection between Oksbøl's story and the contemporary refugee crisis, as the search for protection and the resulting tensions are as timeless as they can be for anyone.
Of course, recounting such human tragedies is not easy, and the Tinker Imagineers studio, as is its custom, has dealt with great empathy towards the visitor to make the stay in the museum memorable. Indeed, it is no coincidence that this Dutch experience design agency was chosen, as it had already worked for Vardemuseerne, the Varde Museums, ten different exhibition venues offering a variety of experiences and activities between sea and land. On that occasion, they had worked on the Tirpitz Museum, again with BIG-Bjarke Ingels Group.
The FLUGT museum experience consists of several exhibition rooms and a large outdoor area.
In the permanent exhibition, the visitor is taken on an emotional journey starting with the UN definition of a refugee. With the help of interactive elements, films, sounds and objects, they then meet people who have had to say goodbye to what they knew, following their journey to Denmark, where they have found the dream of a new future and a possible new home. A journey along which visitors are confronted with the uncertainties and hardships of the refugees in order to experience what they had to face, then as now. It is about putting oneself in their shoes to understand, with the help of the exhibition design, who is behind the numbers divulged by the media. For example, the Vietnamese Noui had to flee because he had served in the South Vietnamese army. Inge fled Germany in 1945 to avoid the advance of Russian troops. Rahima had to leave her home and country in 2015 because of the war in Syria, and Mirela fled the civil war in Yugoslavia in 1994.
Outside, a vast concrete and corten steel model gives a sense of the camp's dimension. From there, visitors can begin an immersive audio walk through the forest, experiencing what daily life was like in the camp. It is also possible to visit the cemetery, which houses 1,796 graves of refugees who died during their stay, and an old barrack.
FLUGT is an architectural project that demonstrates BIG's attention to the history of the place. Thanks to Tinker Imagineers' installation, we get an opportunity to confront one of the great themes of our time, that of refugees. And it does so with significant emotional involvement. 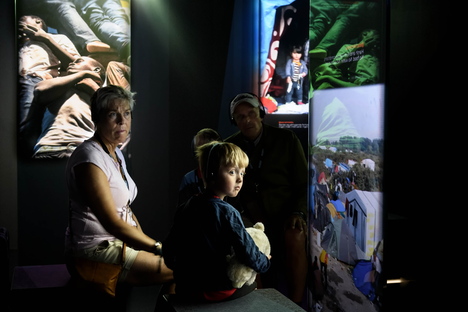 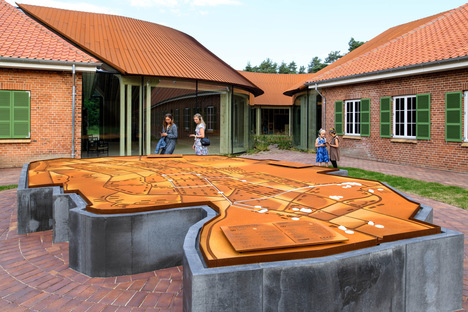 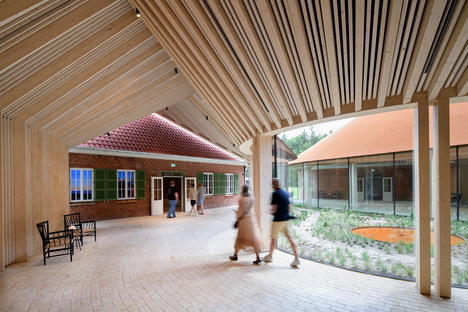 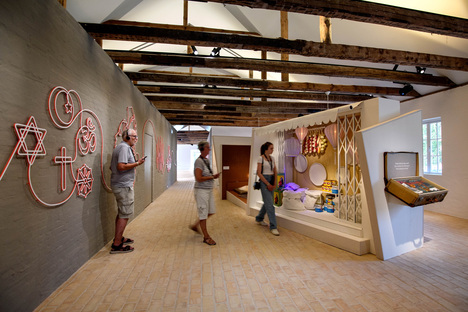 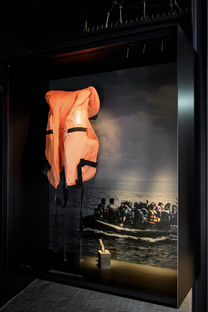 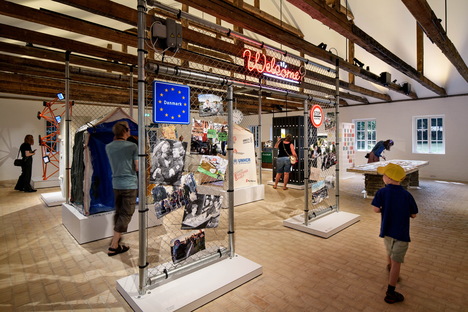 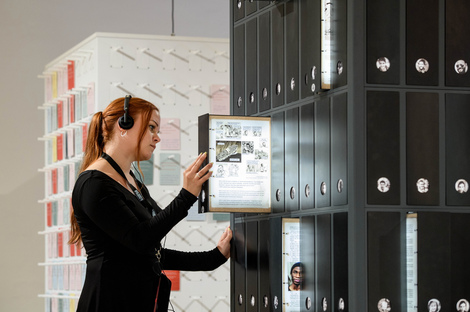 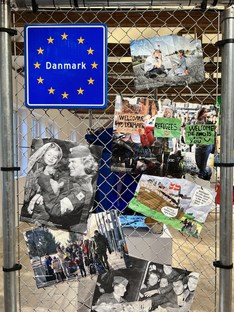 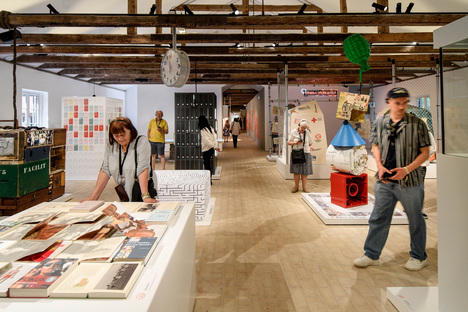 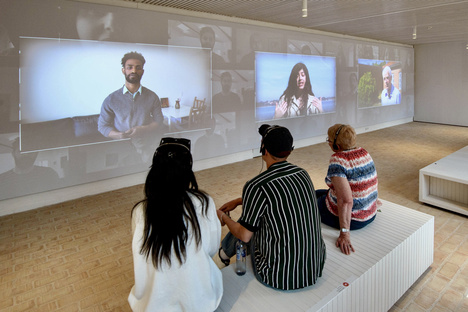 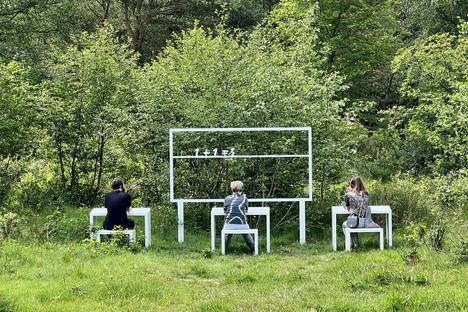