In Oksbøl, south-western Denmark, the “FLUGT” refugee museum designed by the BIG architecture studio was recently inaugurated. The name of the museum in Danish means “escape”. The recently-inaugurated FLUGT, Denmark's refugee museum, was designed by the BIG architecture studio with Tinker Imagineers. It takes the history of Denmark's largest refugee camp from World War II as its starting point to address a very topical global issue. The structure was, in fact, designed to collect the stories and give a face to the refugees, because the figures released annually regarding refugees are not numbers, but men, women and children with their emotions, stories and dreams, who due to conflicts and the effects of ongoing climate change are forced to leave their homes and build their lives elsewhere.
The site was home to Denmark's largest refugee camp, and in the immediate post-war period between 1945 and 1949 it had become the fifth largest city in Denmark in terms of the number of people housed.
For the museum project, the BIG architecture firm adapted and extended one of the camp's few remaining structures, a hospital building consisting of two blocks. The former hospital consisted of two long buildings at right angles, which BIG connected architecturally and historically, designing a volume in the corner that draws a gentle curve and expands the museum space by 500 m2. The new additional space is visible from a distance, and extends towards the street, creating a welcoming entrance to the museum. On the outside, the structure is clad in corten steel to visually blend in with the red bricks of the former hospital buildings, while clearly preserving its identity. Seen from the outside, the new building welcomes visitors into a space that appears to be enclosed, but once inside reveals a curved window looking out over the green courtyard and forest where the refugee camp used to be. In addition to serving as an entrance, this bright atrium serves as a temporary exhibition space, where guests can linger before continuing their visit in one of the two wings of the museum.
The project also involved the rearrangement of these two pre-existing buildings, where most of the partition walls were demolished to create large exhibition spaces in place of the old hospital's division into rooms. BIG Landscape handled the design of the courtyard, creating a sensory experience also for the exterior of the museum that contributes to introducing visitors to an important place in Danish history, as well as a new perspective on the refugee experience. 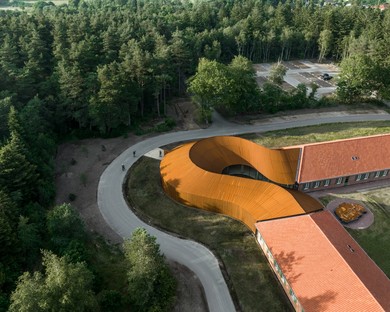 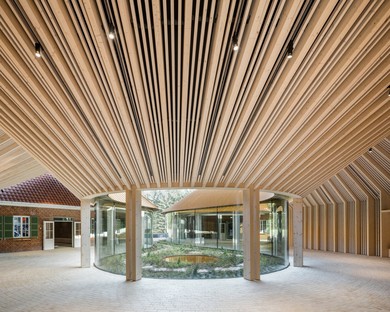 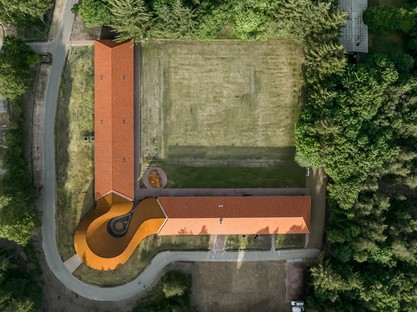 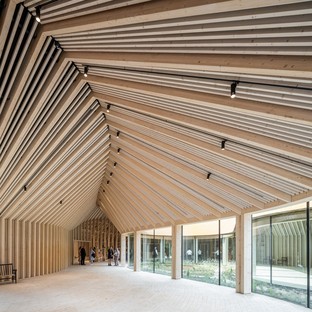 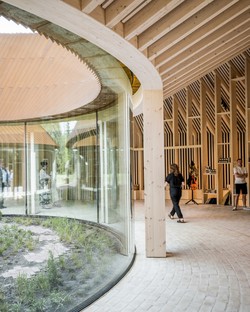 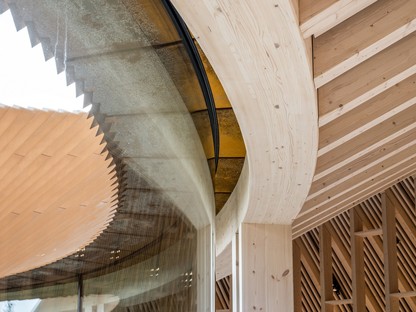 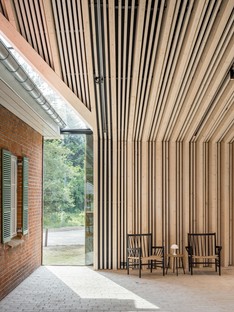 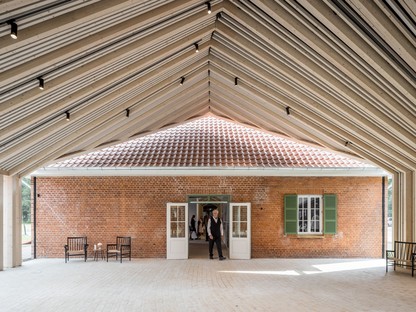 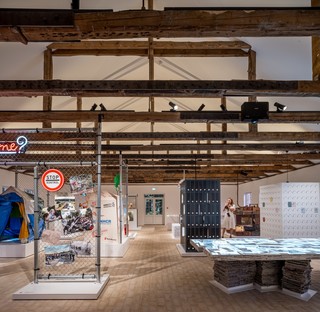 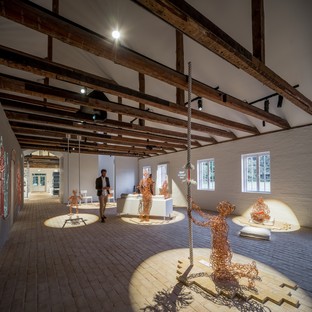 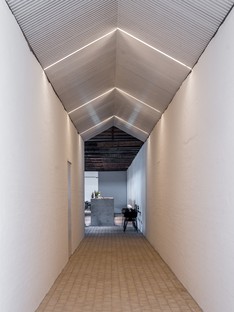 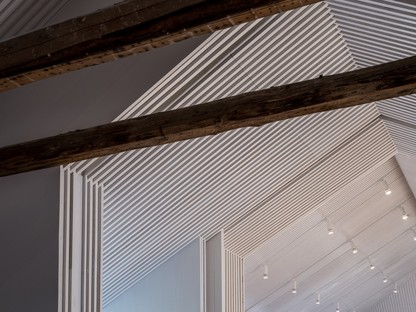 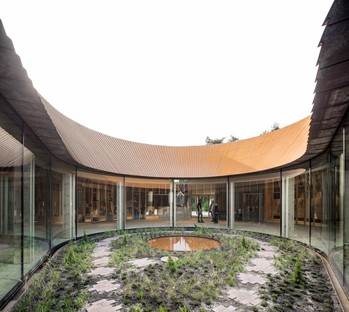 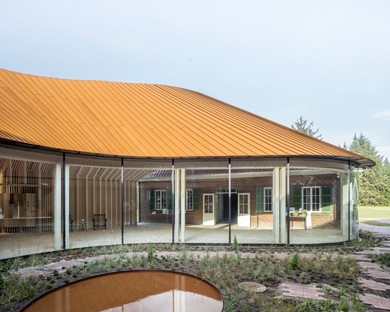 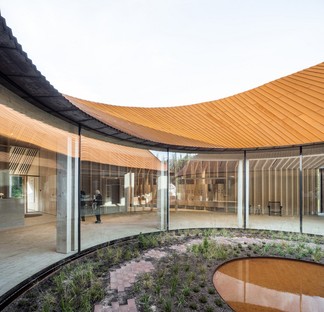 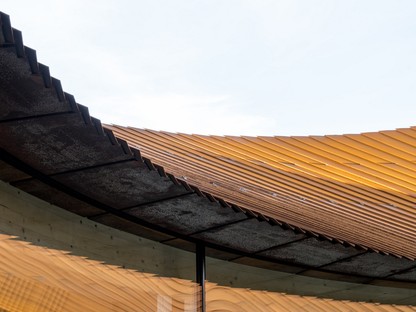 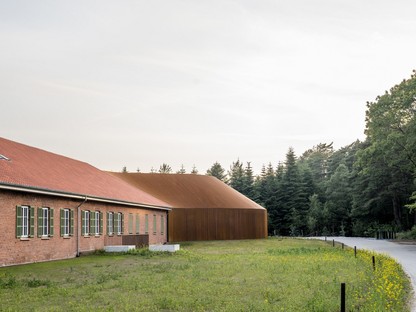 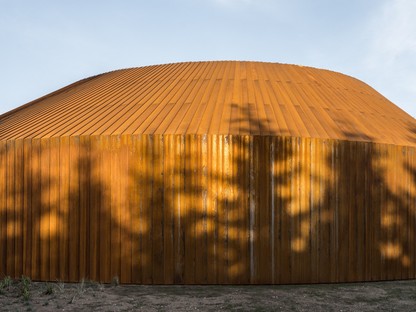