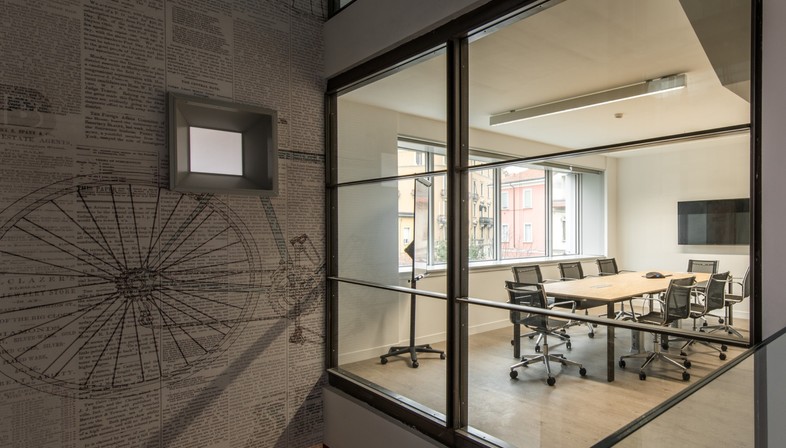 The new Copernico Martesana hub designed by studio DC10 opened on November 29, 2017 to the east of Milan, where the towns of Sesto San Giovanni, Nolo and Bicocca come together. The Milanese studio founded by Alessia Garibaldi, Marco Vigo and Giorgio Piliego once again addresses the themes of Smart Working and temporary workspace rental after its Copernico Centrale project. The new project renovates and transforms three independent buildings to create a single modern organism inspired by three “key” concepts shared with the clients: contamination, connection, knowledge.
The starting point is renewal of the existing building, with the addition of vertical and horizontal connections between the three buildings, preserving the social hub as the fulcrum of the composition. One example is the cylindrical walkway between the central building and the co-working building, which becomes an iconic element representing the building’s new spirit. 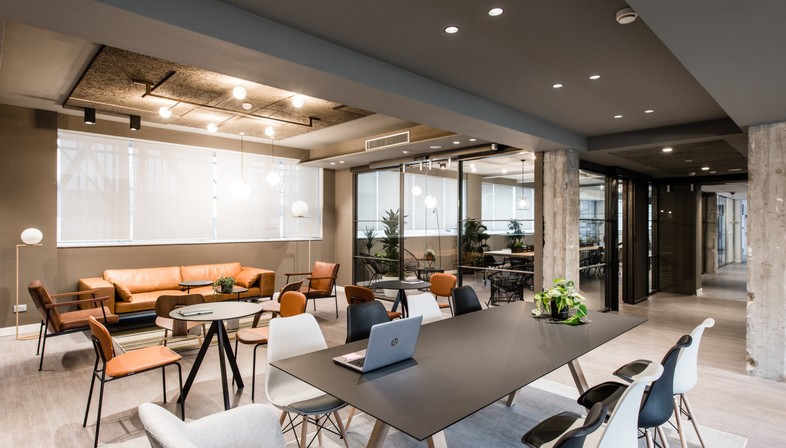 In the Smart Working building, studio DC10 creates workspaces designed to encourage creativity, meeting rooms, lounges, a library, and a coffee shop: places offering plenty of opportunities for users to meet and interact, with lots of space for enjoying relaxation and freedom, such as the “Oxygen Room”. This unusual feature, introduced for the first time in Copernico Martesana, is a green area in which to “oxygenate” the mind by working without a smartphone or computer connection. The architects took great care with the interior design, choosing Iris Ceramica and FMG Fabbrica Marmi e Graniti floor and wall coverings, juxtaposing vintage furnishings with world-famous icons of design such as Eames chairs. The project aims to preserve the area’s industrial character while adding elements of creativity, cosiness and comfort that suit the buildings’ new use. 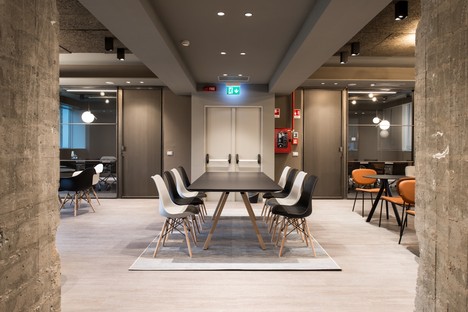 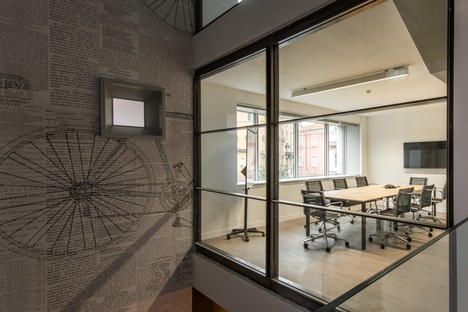 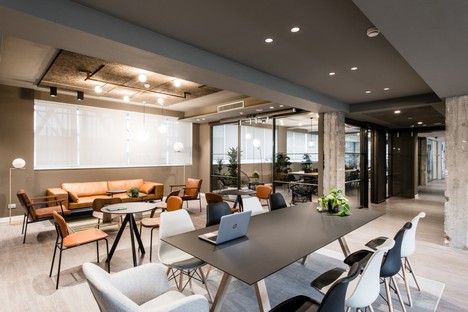 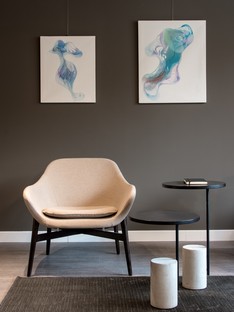 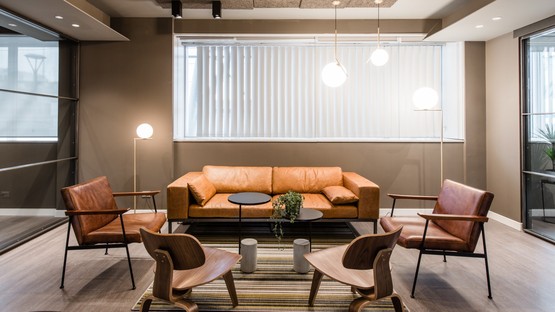 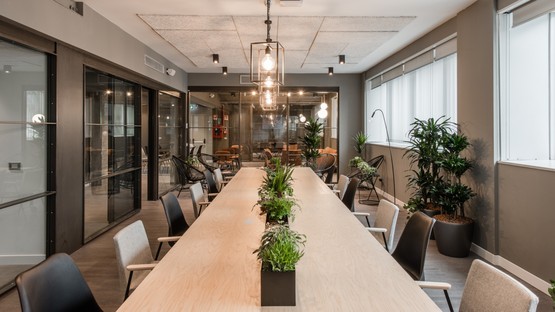 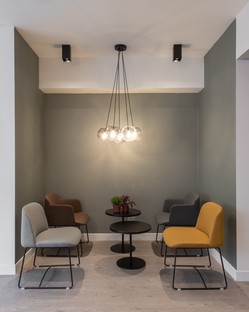 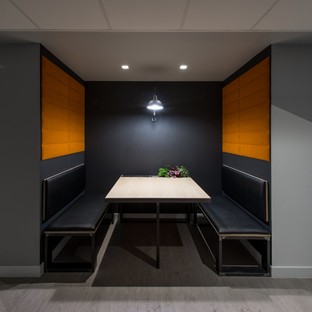 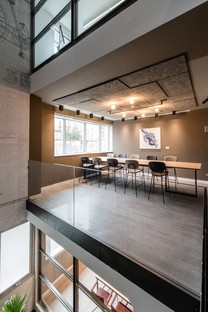 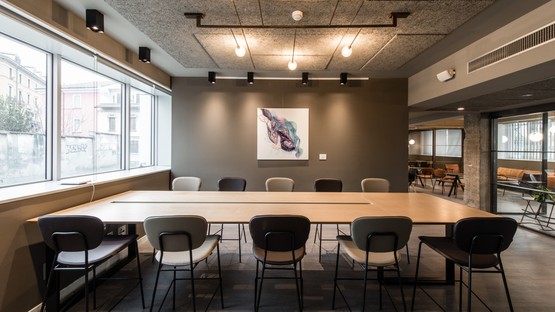 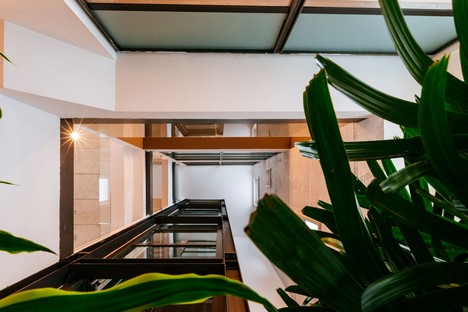 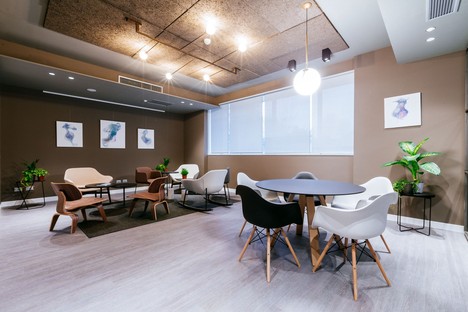 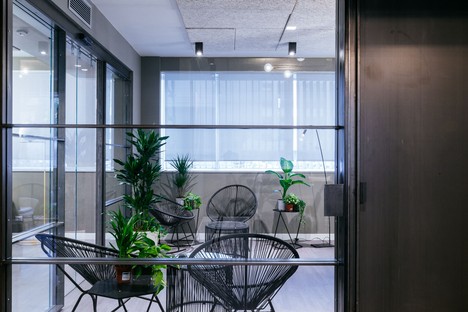 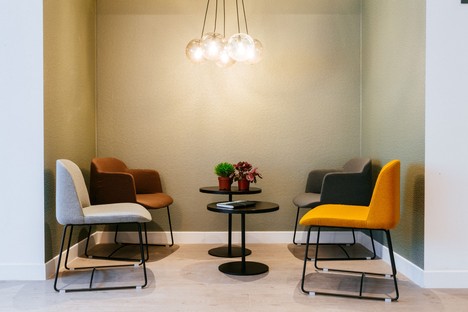 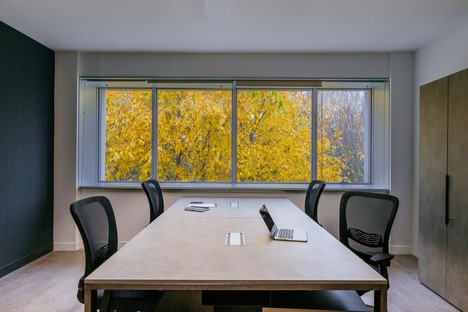 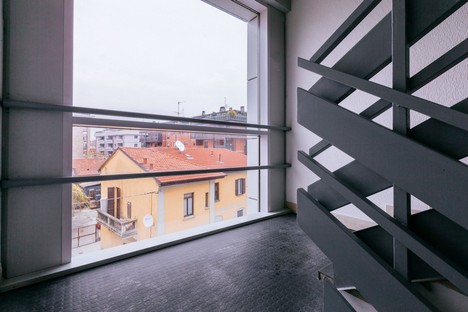