The architecture firm Asti Architetti oversaw the restoration project of the Torre Velasca, built between 1956 and 1958 by the BBPR architectural partnership, which has since then become a landmark of this Italian city. After 18 months of renovation work and more than two years of planning, this iconic building is about to be visible again within the city and to its citizens. In fact, the scaffolding and tarps that covered the façades are being taken down, and this operation should be completed by the end of September. 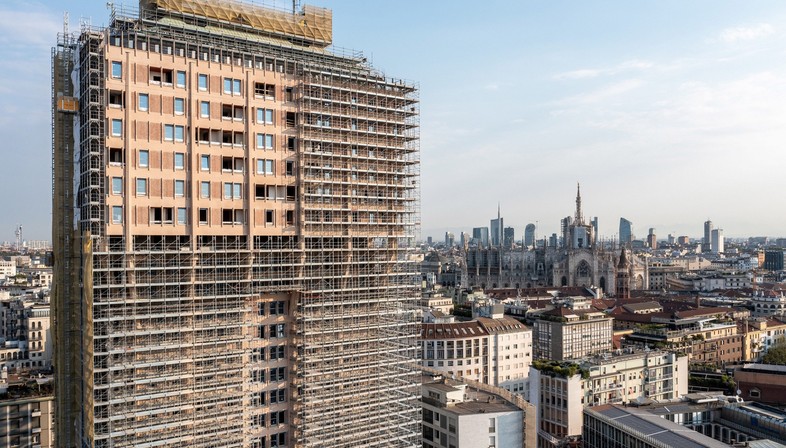 The Torre Velasca, designed by the BBPR firm and built between 1956 and 1958, became a landmark of the city of Milan since the beginning of its construction and, over the years, has become an iconic building among the city’s architectural treasures. The people of Milan and tourists will soon be able to admire this well-known building again, since the scaffolding and tarps that have covered the façades for the last 18 months during its renovation will be taken down by the end of September. The renovation and renewal of the façade and of the interiors was overseen by the architecture firm Asti Architetti in coordination with the Superintendence of Archaeology, Fine Arts and Landscape of Milan, and in collaboration with the CEAS firm, for the redevelopment of the façade, coordinated by Hines, as the development manager and investor. The façades have been completed and work on the interiors is scheduled to continue throughout 2023. The Velasca Tower has been and will be renovated according to contemporary criteria when it comes to sustainability, safety, and ensuring comfortable spaces.
The architect Paolo Asti, who founded the Asti Architetti architecture firm, explained that he was proud to take on this project, since he liked the idea of giving something back to the city of Milan, that is, one of its major architectural gems, and restoring it to its former glory. This was made possible by retrieving the blueprints, with the support of the architect Belgiojoso, and the project was implemented in such a way that the original features of the building were preserved as much as possible.
The Torre Velasca had not undergone renewal, maintenance or redevelopment since 1958, when construction was completed; in fact, this is the first time it has had work done. Over the years, the façade of the building had deteriorated as a result of pollution and weathering. The most noticeable thing was that it had lost its original colors. In the 1950s, iridescent shades had been used, which varied because of sunlight at different times of day and with each changing season. Through extensive research into historical documents and sources, and material analysis on the plaster, the architecture firm Asti Architetti and the work team succeeded in restoring the building to its original color, renovating all the elements the façade and strengthening the structure. 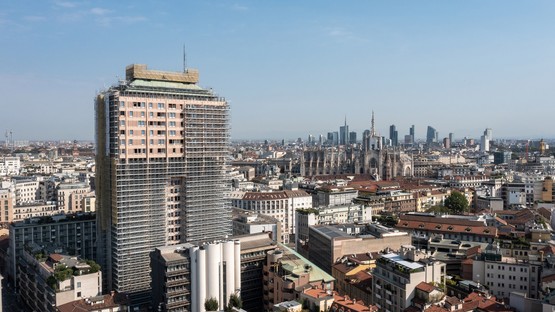 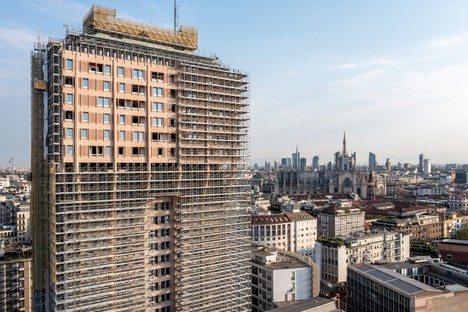 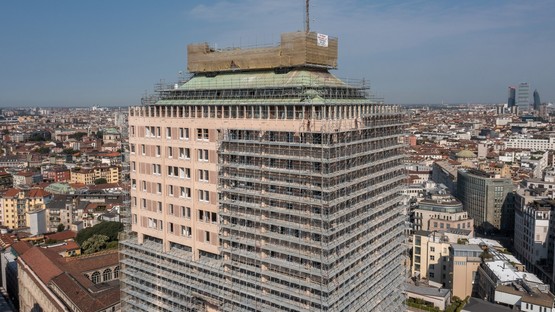