The Petter Dass Museum by Norwegian firm Snøhetta is part of the exhibition “Norway, Architecture, Infrastructure.

The Petter Dass Museum by Norwegian firm Snøhetta is part of the exhibition “Norway, Architecture, Infrastructure. Landscape. Photographs by Ken Schluchtmann” curated by Luca Molinari and coming soon to SpazioFMG, the gallery and showroom of IrisFMG in Milan. 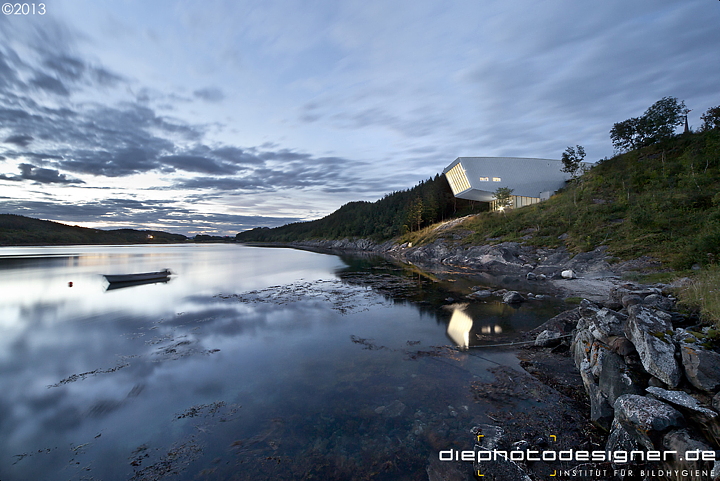 Norwegian architecture firm Snøhetta is renowned for its major works like the Alexandria library in Egypt, the Norwegian Opera House in Oslo and the expansion of the SFMOMA, just to name a few. Along with other architecture studios, they were also involved in designing some of the structures to turn the National Tourist Routes into a special experience and make better use of the Norwegian landscape for visitors.

In this case, the client that commissioned the Peter Dass Museum, architecture portrayed by German photographer Ken Schluchtmann and from 23 June on display with other works selected for the exhibition “Norway, Architecture, Infrastructure, Landscape. Photographs by Ken Schluchtmann” curated by Luca Molinari was not the Statens Vegvesen but the municipality of Alstahaug, the Nordland community and the department of culture and worship.

The museum in Alsterhaug, a little less than 500 km north of Trondheim is designed to pay tribute to Petter Dass  (1647-1707), important Norwegian poet and Vicar at the church here and at the same time to engage with the sensitive natural and historical context on the coastal road. The architects from Snøhetta responded to this challenge by cutting into the mountain to construct a freestanding building that is as bold as it is humble, allowing it to express itself and also retaining its visual relationship with the old church where everything began.

The result is a 1350-square metre building that invites visitors to peacefully contemplate the landscape as they read the poems written by Petter Dass based on his deep connection with the majestic nature of these places.

Jette Hopp from Snøhetta will be attending the exhibition opening, together with photographer Ken Schluchtmann and Beate Holmebakk from Norwegian studio Manthey Kula. 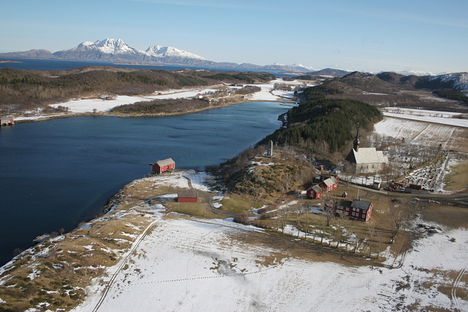