The symbol of the SALT festival are the old wooden racks used to dry fish in the Arctic. 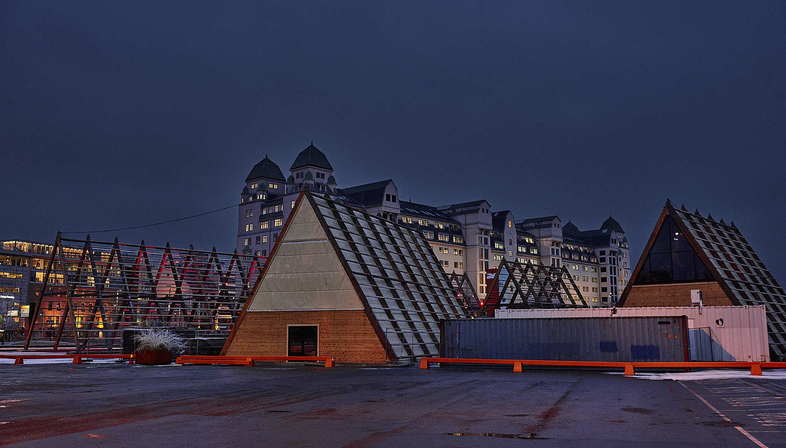 The symbol of the SALT festival are the old wooden racks used to dry fish in the Arctic. After the first festival on the island of Sandhornøy in Nordland, the iconic architecture created by Rintala Eggertson Architects has now arrived on the shoreline of Oslo to form the backdrop for many cultural initiatives.


Symbolic architecture for a sustainable way of life: fiskehjeller are traditional wooden racks used for drying fish, the traditional commodity along the coastal areas of Norway, the production of which is tied in with a respect for nature and its equilibrium.
These spectacular constructions built by Rintala Eggertson Architects in 2014-15 when the SALT festival was part of the Lofoten International Art Festival house a sauna, spaces for events, a café and a lodge, and they have now been installed in Bjørvika on the shoreline in Oslo, not far from the Snøhetta Opera House. The idea came about from a group of scientists, artists, cultural officers and architects who worked together to focus the attention of the general public on the environmental issue, because we can feel the effects of climate change everywhere, but it is particularly evident in the Arctic where this very fragile ecosystem is endangered.
SALT uses an icon of the economy that for thousands of years supported civilisation along the Norwegian coastline, and enabled trade, boat-building, prosperous communities. Now, it has become an opportunity to raise awareness of the vulnerability of our planet if climate change is allowed to continue.
From 10 February 2017 to 31 October 2018, SALT and its structures, including the most visually striking, 70-metre long Arctic Pyramid will be part of the city of Oslo and will be offering an extensive programme of cultural initiatives, including music, theatre, visual arts, poetry and cooking. A must for every visitor to the Norwegian capital! 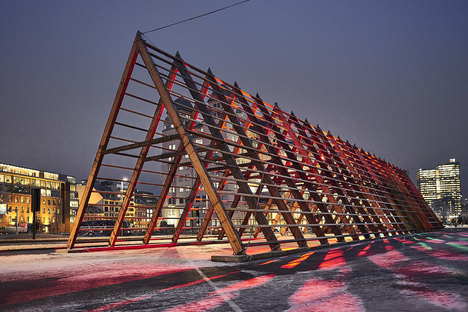 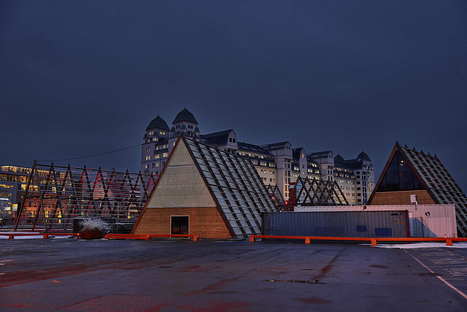 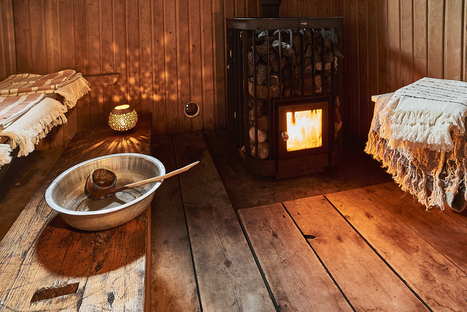 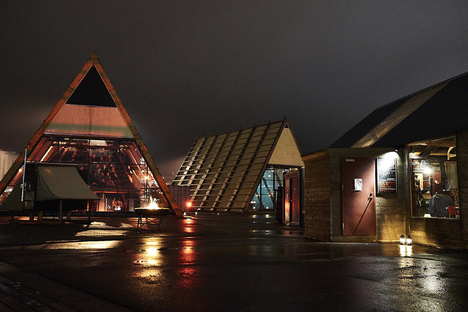 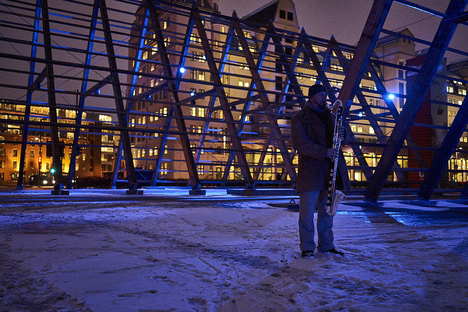 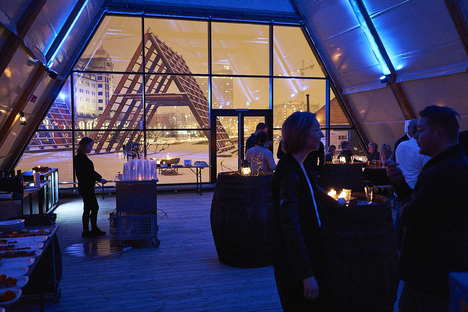 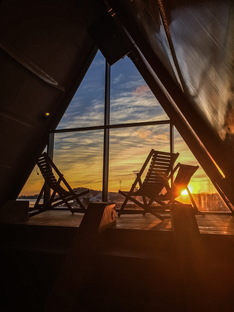 Extension of the Treehotel in Sweden, 7th room by Snøhetta

A getaway for creatives by TYIN Tegnestue