Observatorium and the culture of water

Observatorium, the Dutch artists' collective - whose member Andre Dekker is scientific director of “The City and the Water”, workshop organised by DESTeC (University of Pisa) in Seravezza, Versilia - has been working for decades on transforming places with close ties to water.

Observatorium, the Dutch artists' collective - whose member Andre Dekker is scientific director of “The City and the Water”, workshop organised by DESTeC (University of Pisa) in Seravezza, Versilia - has been working for decades on transforming places with close ties to water. 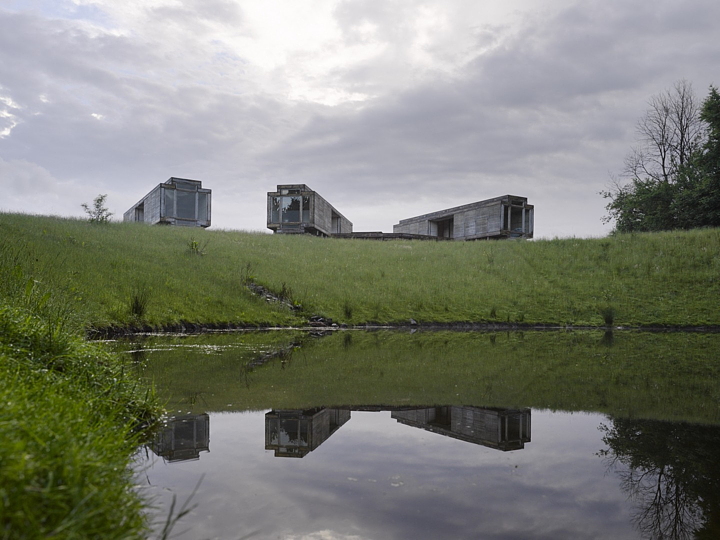 Water is not just crucial to the very life of living beings, it is also an essential element in many of the artworks of Dutch artists' collective Observatorium, working to inject and join with reclamations in our environment. This approach of these Rotterdam-based artists is also expressed in the statement by Andre Dekker from Observatorium, art and scientific director of the workshop called “The City and The Water. Michelangelo and the historical Versilia: land intervention”.
In keeping with their line of thought - to pose questions - three paradoxes are addressed in particular: access to the river and safety, recreation and protection of the environment, swimming and industrial landscape. 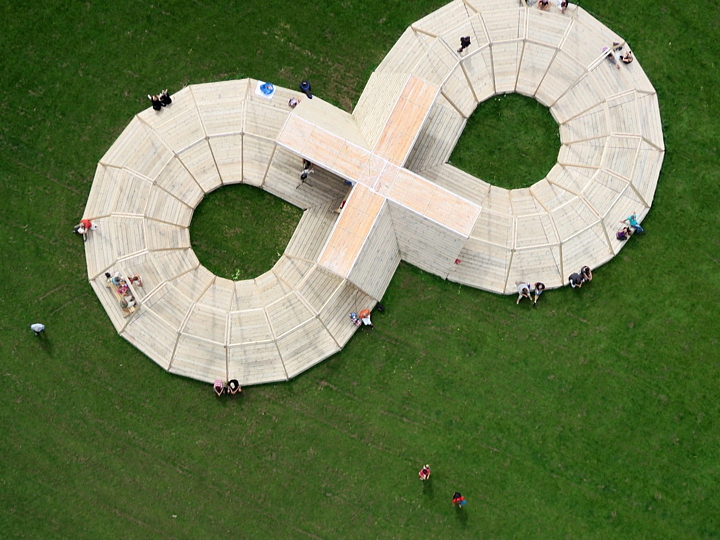 These issues bear the seeds of change, like so many of the Observatorium projects that often have a special connection with water, such as developed land along rivers. A recent example of this is Lippepolderpark in Dorsten, Germany, from 2015, marked by the tall dikes of the canal and the river Lippe. They are working to change the perception from a merely engineering and protective function into a place for active living, underscored by the large sculpture symbolising infinity.

Another riverside project is “Waiting for the River” not far from Dorsten in Castrop-Rauxel. Befitting the motto “hasten slowly”, for the third time spanning almost two decades, Observatorium has brought an inhabitable installation to the banks of the river Emscher, symbolising the structural change happening in the Ruhr district. Here too, the gentle art of the Dutch collective accompanies the transformation not only of a circumscribed location but of the perception we have of these places.

Transformation is also the keyword for the sculpture Zandwacht in the port of Rotterdam: after not even a year, the dune, whose shape was drawn in 3D with a concrete skeleton, is growing and has become a tangible example of Observatorium's work as well as a magical place that people are drawn to precisely because of the fundamental power of the artwork.

Some of the ideas that Andre Dekker will bring with him to Versilia; Tuscany as art and scientific director of the workshop, in the fine backdrop of the history and nature of Tuscany. A unique opportunity to take an active part in a transformation encompassing architecture, engineering and art.
. 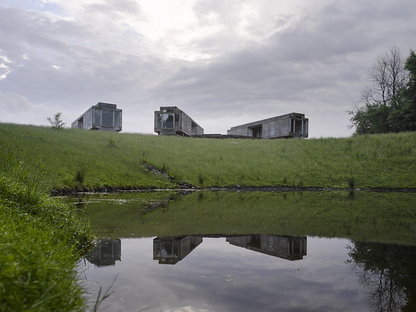