The 2018 Architecture Biennale at FAB Berlin

At the event titled Impressions of the 2018 Architecture Biennale held on 13 June 2018 in the iconic space of the Fiandre Architectural Bureau in the Sarotti-Höfe, Berlin, Mario Cucinella from MC A, Lars Krückeberg from GRAFT and Christine Edmaier, President of the Berlin Architects' Association discussed their national participations and FREESPACE in general. 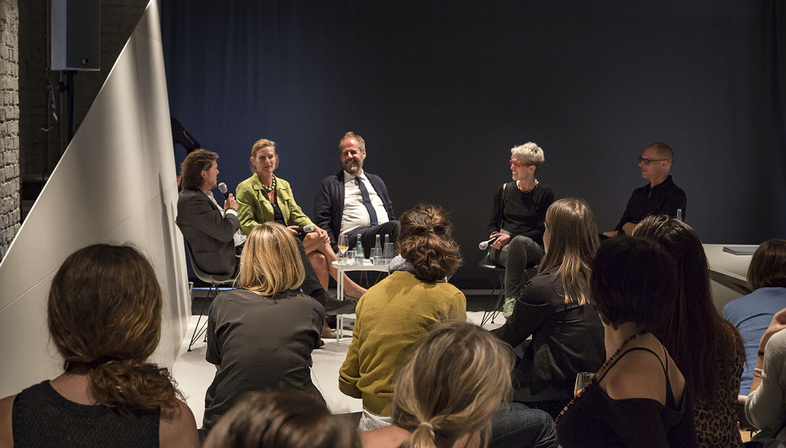 At the event titled Impressions of the 2018 Architecture Biennale held on 13 June 2018 in the iconic space of the Fiandre Architectural Bureau in the Sarotti-Höfe, Berlin, Mario Cucinella from MC A, Lars Krückeberg from GRAFT and Christine Edmaier, President of the Berlin Architects' Association discussed their national participations and FREESPACE in general.


Floornature's mission was to bring the atmosphere of the  16th International Architecture Exhibition – La Biennale di Venezia preview to Berlin for the concept of the evening of 13 June at FAB Architectural Bureau in the Sarotti-Höfe on the Mehringdamm in Berlin. A space that goes beyond the limits of the traditional showroom to become a visually exciting, multipurpose space for the Fiandre, Porcelaingres and Ariostea brands of the Iris Ceramica Group.
A very successful combination, as we already had occasion to experience with our event for Fiandre during Berlin Design Week in October 2017 (link).
This was the stage for the encounter of a number of people, dedicated to FREESPACE, the theme chosen by curators Yvonne Farrell and Shelley McNamara for the 2018 edition. The key players of our evening: Mario Cucinella MC A, curator of the Italian Pavilion, Lars Krückeberg from architectural firm GRAFT, curator of the German Pavilion, and Christine Edmaier, President of the Berlin Architects' Association in a truly unique configuration of comparisons between two national participations. You can read a lot about the ideas and concepts that inspire their respective pavilions, Arcipelago Italia dominated by the role of architecture as a tool and means to patch up pieces of land and at the same time as a driving force for their future (link) and Unbuilding Walls, where architects Lars Krückeberg, Wolfram Putz and Thomas Willemeit, founders of GRAFT, and the former Federal Commissioner for Stasi documents Marianne Birthler, opted to present a selection of projects implemented for the former death strip (link). But there is no substitute for the story of the people directly concerned, who gave new food for thought both for the people who have already been to Venice and the ones who are thinking of going there.
Mario Cucinella explained the configuration of the internal territories of Italy, a land traversed by many peoples, made up of small towns, each with a strong local identity that is expressed through the architecture of these places focusing on the square as the hub of social life. The decision to show Ghibellina in the exhibition at the Tese of the Arsenale as an emblematic project of Italy's rural urbanism sparked the interest of Lars Krückeberg and Christine Edmaier, both experts and admirers of Italy.
As the representative of the German curatorial team, Lars Krückeberg explained to the public the idea of the stylised wall in the pavilion, on the back of which the individual projects are presented as an expression of the re-appropriation of a territory taken from the community for 28 years, which is how long the wall divided the two parts of Germany. A division that no longer exists, but whose long shadows symbolised in Venice still exist today in Germany.
Christine Edmaier's reflections on the 2018 Architecture Biennale, in general, were of great interest. Because during her visit to the Giardini and the Arsenale as well as the collateral events, she noticed a prevalence of normal life, i.e. of proposals that focus on normal people, answers to the needs of everyday life rather than utopian ideas, as was the case with previous editions. It is no coincidence that the Czech Republic pavilion, UNES-CO, dedicated to “the realisation of a normal life” was one of her favourites - more to come about that tomorrow!
The evening was moderated by Floornature and accompanied by the exclusive images of Berlin-based photographer Ken Schluchtmann taken during the Biennale preview for Iris Ceramica Group, technical sponsor of the Italian Pavilion, and it ended with a social occasion on a Venetian theme. 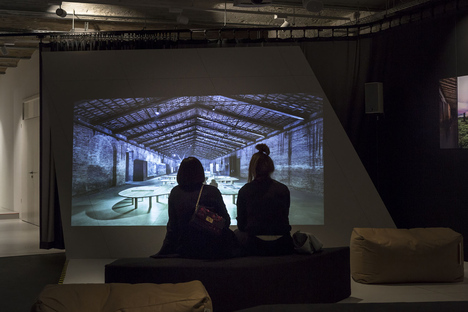 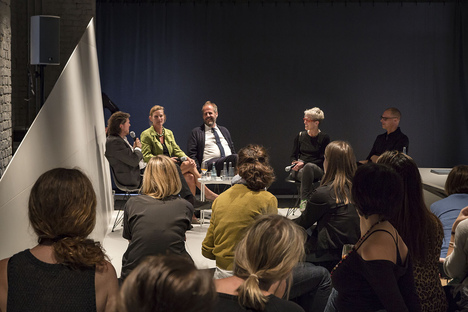 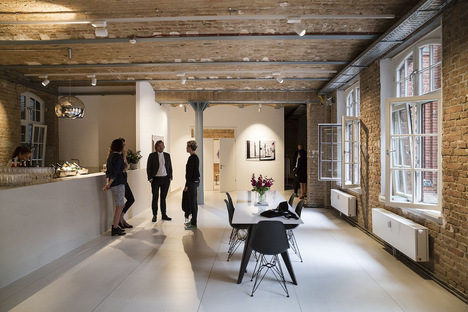 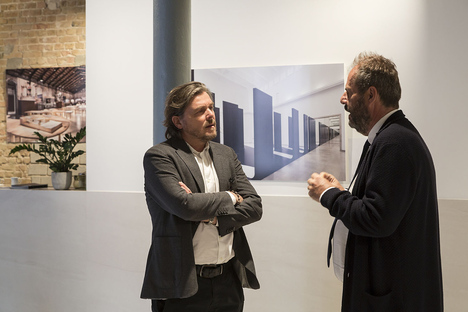 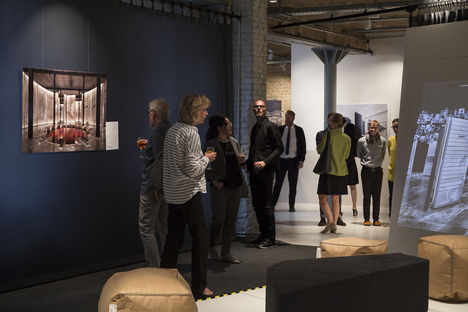 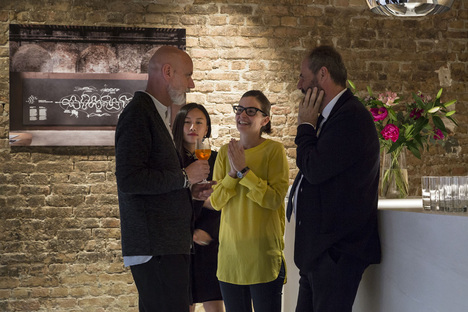 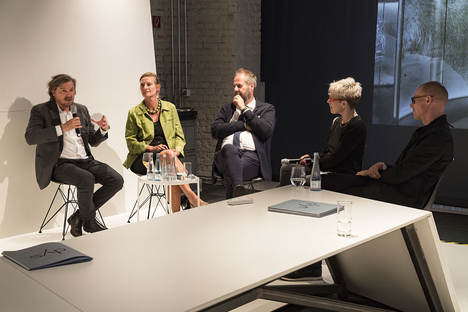 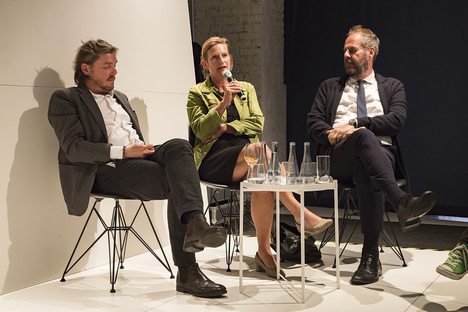 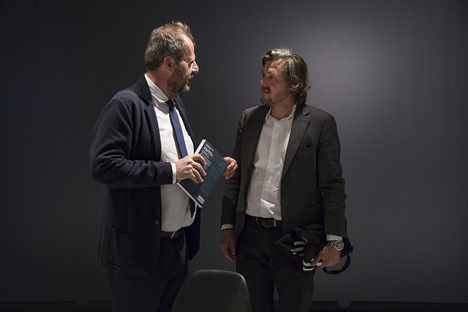 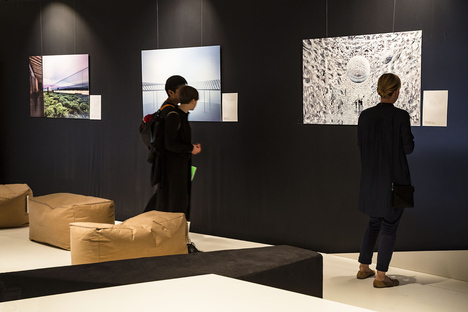 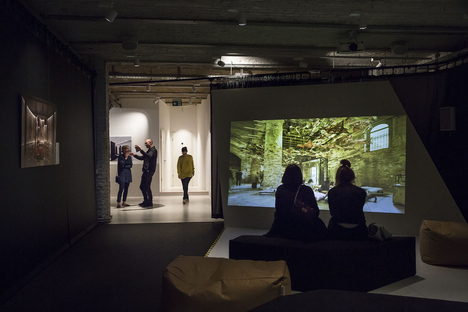 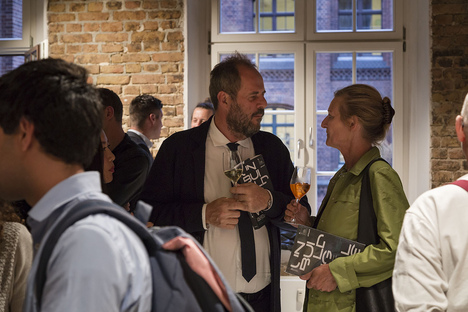 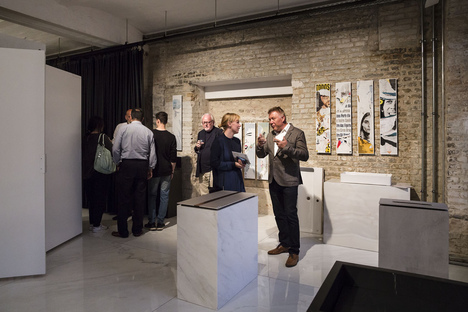