Chinese artist, documentary makers and activist Ai Weiwei is exhibiting at the 21er Haus in Vienna until 20 November.

Chinese artist, documentary makers and activist Ai Weiwei is exhibiting at the 21er Haus in Vienna until 20 November. Faithful to his motto “Everything is art – everything is politics”, his exhibition called Translocation-Transformation explores the issues of migration. 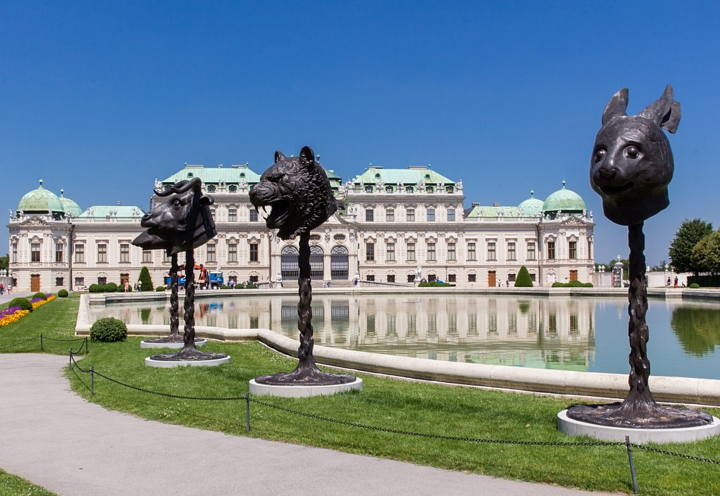 Migration and refugees are this year's big themes, explored at the Venice Biennale where a number of countries took up the issue, including Germany and Austria, and at the Oslo Triennale. People are migrating because of war and climate change, two sides of the same coin that are impacting the social realities in Europe. This forms the backdrop for the first large monographic exhibition by Ai Weiwei in Austria, called Translocation – Transformation, at the 21er Haus in Vienna.
The linchpin of Ai Weiwei's exhibition is the theme of transformation that also marks the life and work of Ai Weiwei himself, from his childhood and early professional career in New York before his return to China, house arrest and lastly his emigration to Berlin, exploring the processes of change caused by translocation, expulsion and migration. 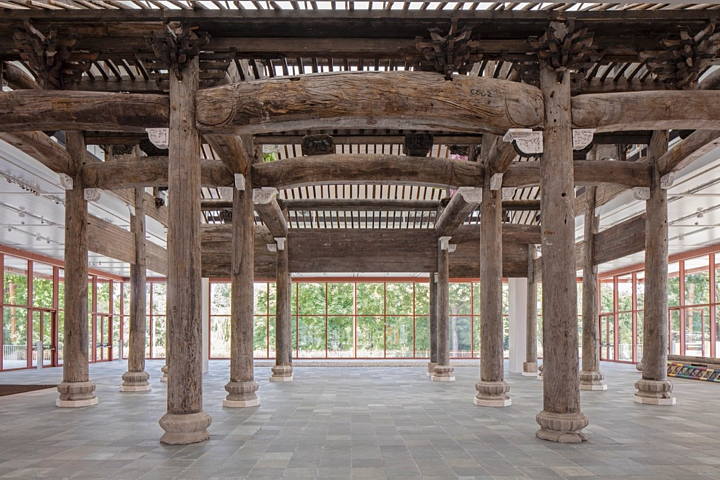 “Translocation” is the name of the installation in the main hall of the 21er Haus that showcases a room of the ancestors of the late Ming dynasty, reconstructed like the original. The 14-metre tall timber constructions consists of more than 1300 pieces and is being shown for the first time outside China. Owned by an influential family of tea merchants deported during the cultural revolution, Ai Weiwei purchased it and “translocated” it to the 21er Haus. Which also has a similar story, since the building was actually designed as the Austrian pavilion for Expo 1958 in Brussels, then it was moved to the Belvedere in Vienna and then converted to show the contemporary art collection of the Belvedere and temporary exhibitions. 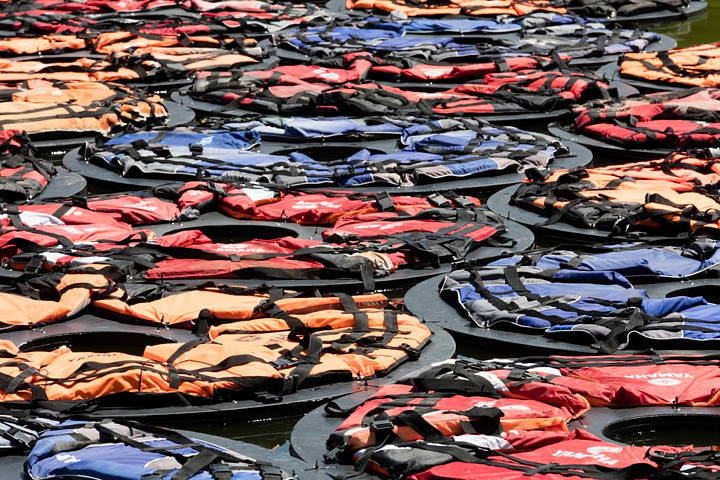 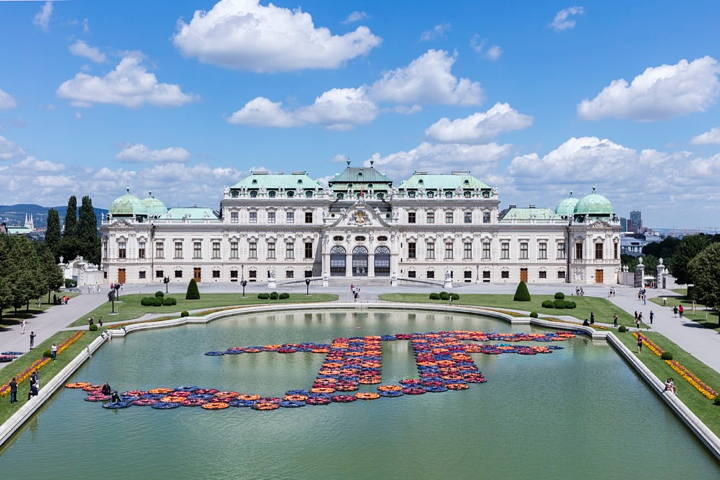 The tea theme is also repeated in another two works at the 21er Haus, while in the Belvedere grounds, Ai Weiwei has created the artwork dedicated to asylum-seekers F-Lotus, 201 rubber rings with five repurposed lifejackets that form the letter “F”. The water is surrounded by “Circle of Animals / Zodiac Heads”, 12 poles bearing the heads of the 12 animals of the Chinese zodiac, a site-specific work. Then, on the stairways of the Belvedere Superiore 3, creatures like bamboo and silk dragons reference the most ancient Chinese mythology. 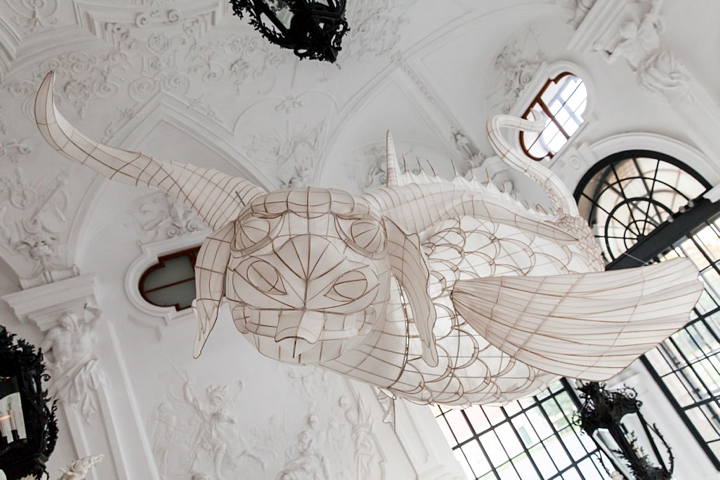 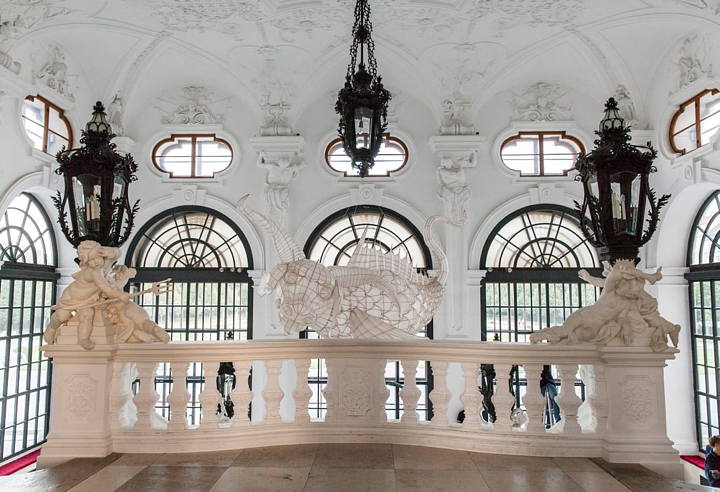 The exhibition “Translocation – Transformation” by Ai Weiwei in Vienna emphasises the artist's statement “Everything is art – Everything is politics” and he was, and still is a real drawing card with the general public, to the point where the organisers have extended the opening hours! 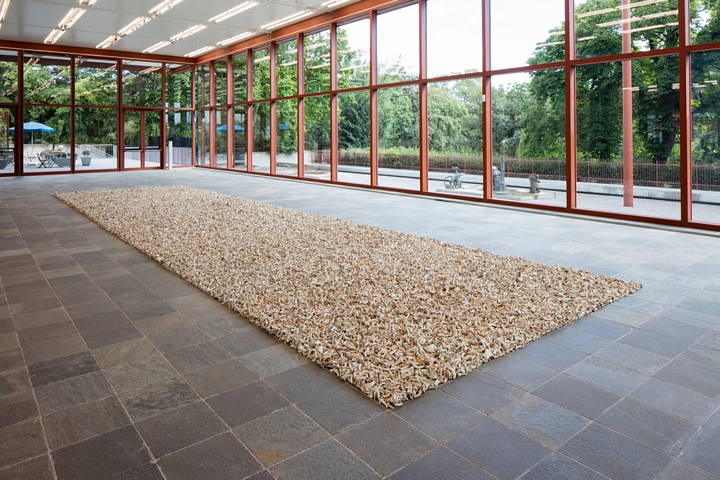 Ai Weiwei will also be exhibiting in Italy from 23 September 2016 to 22 January 2017. Palazzo Strozzi in Florence is hosting the first major exhibition dedicated to this Chinese artist and activist, the retrospective show called AiWeiWei. Libero. (AiWeiWei. Free.) 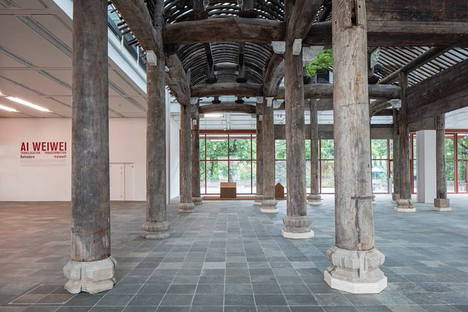