The noteworthy works have been named at the first edition of the Premio Architettura Toscana (PAT - Architecture in Tuscany Award) and include “House in a pine wood” by sundaymorning in the “First work” section. 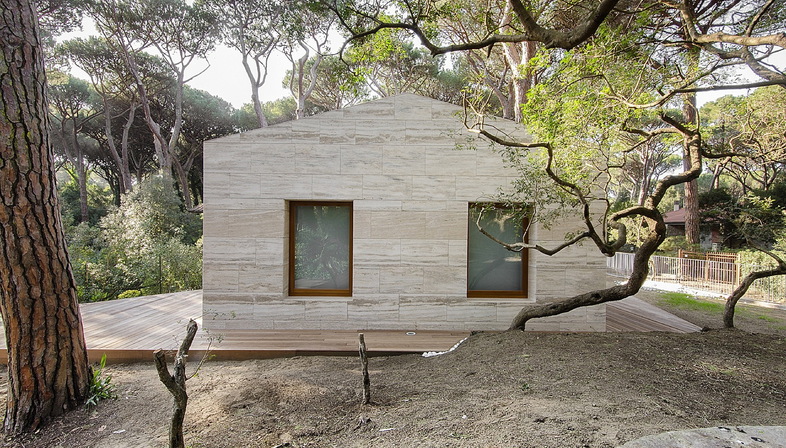 The noteworthy works have been named at the first edition of the Premio Architettura Toscana (PAT - Architecture in Tuscany Award) and include “House in a pine wood” by sundaymorning in the “First work” section. The project is a makeover of a house built in the Sixties and was designed to engage with the surrounding nature, the pine wood of Marina di Castagneto Carducci.


This isn't the first time the Tuscan studio, sundaymorning have been commended for their projects. In 2014, they were finalists in the Research category of the International Next Landmark contest organised by the Floornature portal, which is coming up for the sixth edition, with their project called Regeneration of the Parco delle Sughere , a cork oak park in Donoratico (link).
The Premio Architettura Toscana(Architecture in Tuscany Award) is organised by the Tuscany regional government, the Florence Association of Architects, the Tuscan Federation of Architects, the Pisa Association of Architects, the Florence Foundation of Architects and ANCE Toscana (Tuscany branch of the Italian builders' association), and it is sponsored by the Italian Association of Architects. It targets all architects who have designed a  work in Tuscany that was completed between 2012 and 2017. The team from sundaymorning participated with their first work - house in a pine wood - completed in 2012 in Marina di Castagneto Carducci.
In this project, the architects from sundaymorning worked with MFA Massimo Fiorido Associati to revamp a holiday house from the 1960s, ensuring it engages with nature, here the pine grove of the renowned tourist resort on the Tyrrhenian Sea, also developed through the floor and wall coverings.
The PAT jury appointed by the organising commission is composed of an architecture historian, three designers and a sociologist: Marco De Michelis, Simone Sfriso, João Luís Carrilho da Graça, Sandy Attia and Guido Borelli, who appreciated this symbiosis between the site morphology and the architecture with simple, classic forms that give it a real contemporary spatial flow, structured in a sequence of connecting rooms. The centre of the house boasts a staircase built into a bookshelf, an architectural work inside the building, underscoring the attentive approach to design, where everything has been streamlined and is limited to the basics to let in daylight and provide views over the pine wood.
First prize in the “First work” category went to Piazza dell'Immaginario, Prato, by Olivia Gori, and Casa IV by Giulio Basili won the Selected Work section. The House in the pine wood (link project Mara) features pure forms and outstanding materials - travertine and earthy colours - in keeping with the vernacular traditions and received a commendation. 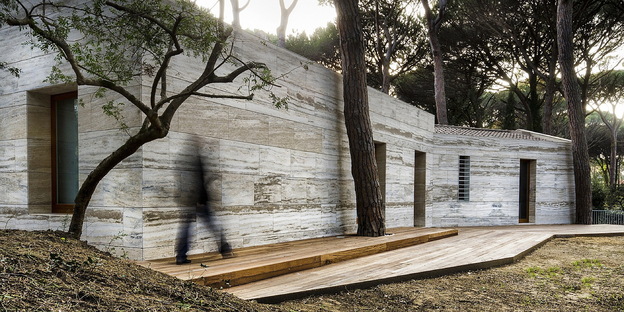 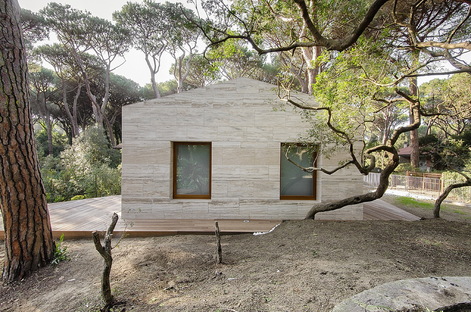 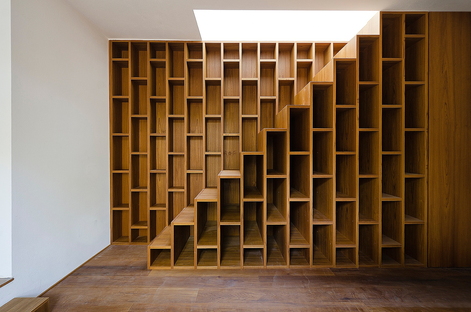 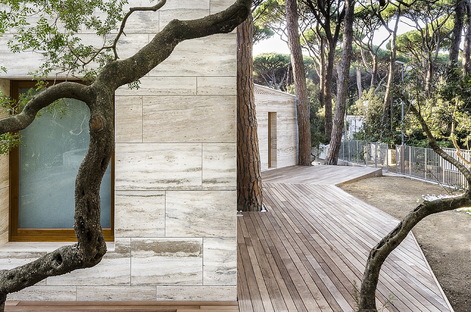 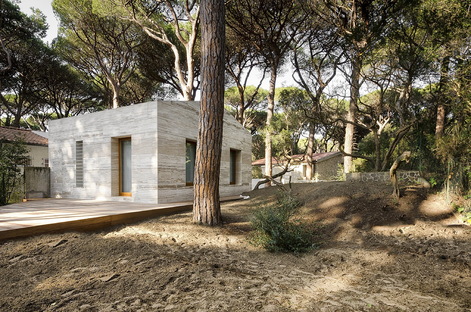 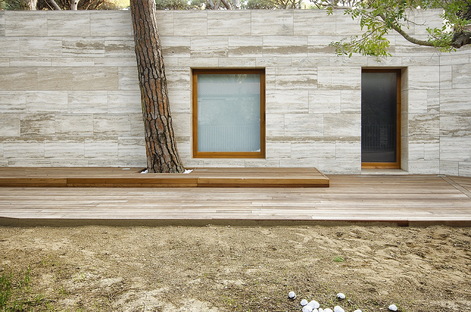 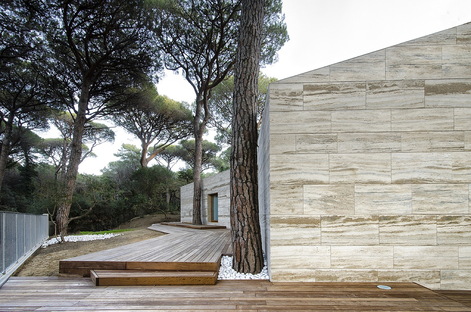 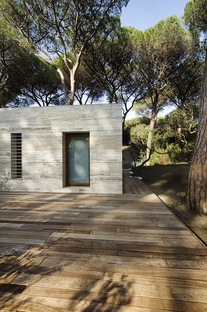 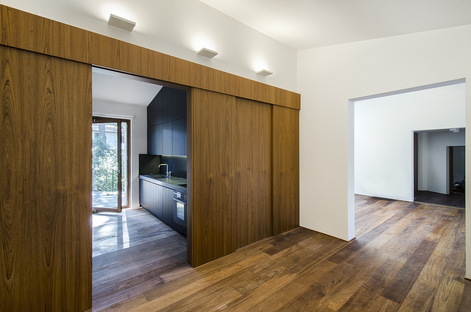 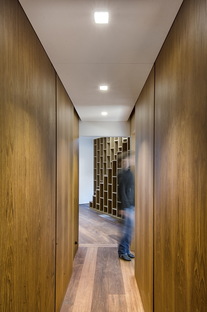 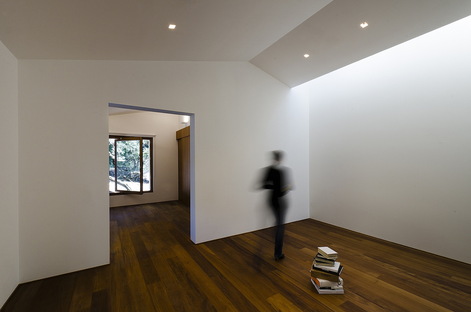 Regeneration of the Parco delle Sughere, a cork oak park, on the Next Landmark 2014 shortlist