CAMBOO Festival is the name of the Bamboo Festival in Cambodia organised by NGO Building Trust International, which has been building sustainable housing operated in South East Asia for years. 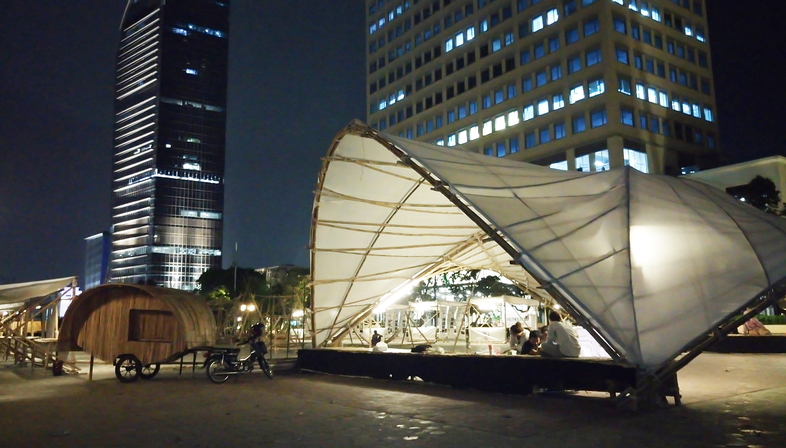 CAMBOO Festival is the name of the Bamboo Festival in Cambodia organised by NGO Building Trust International, which has been building sustainable housing operated in South East Asia for years. The festival showcases innovative architecture with bamboo constructions.


After the design competition launched by the NGO Building Trust International in February to find an innovative design proposal for a landmark pavilion structure made from bamboo at the centre of the festival, CAMBOO was held a few weeks ago in Phnom Penh.
More than 125 entries were submitted and the winning project called “Hyperbamboo” was by a team from the University of Florence - Roberto Bologna, Fernando Barth, Chiara Moretti and Denny Pagliai. Referencing Cambodian architecture, the pavilion combines the traditional material of bamboo with an innovative construction system. The jury was particularly impressed with both the form of the structure proposed and the thought that went into the building stages, coming up with an aesthetically attractive solution that is also cost-effective and feasible.
The goal of the festival was to encourage a wider appreciation of bamboo and its use in construction and “Hyperbamboo” is geared towards the sustainable use of old, renewable materials particularly in a zone on the planet where one-quarter of the world's population lives; it is a virtuous example that overcomes the prejudice against bamboo as a poor material. As David Cole Founding Partner di Building Trust international said, “The Hyperbamboo design played a key role in the success of the CAMBOO Festival and was a focal and integral point of the event creating a central hub and base”. 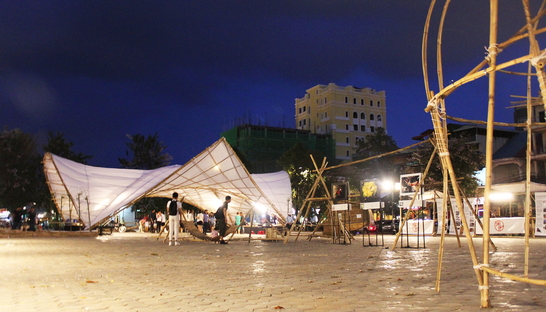 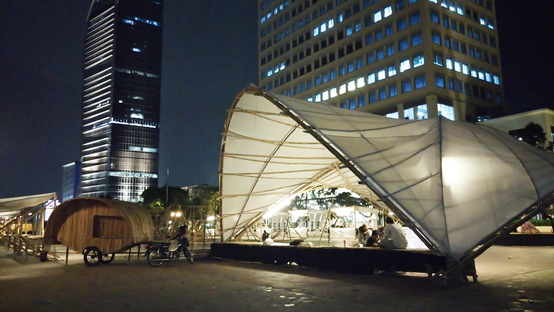 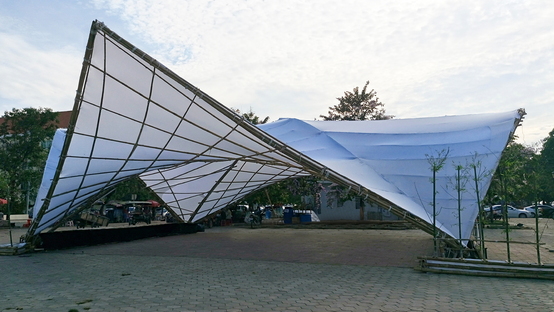 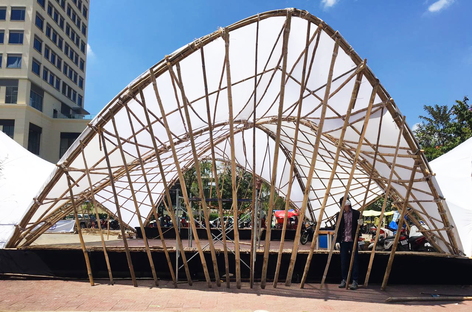 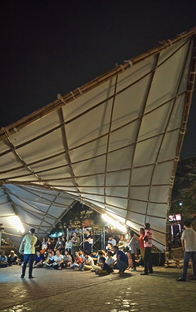 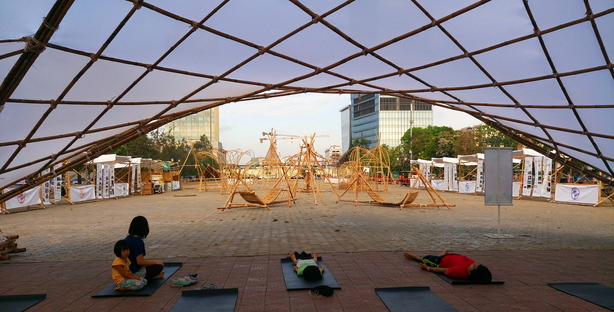