Israeli studio Kimmel Eshkolot Architects presents its work on creation of National Memorial Hall on Mount Herzl (2018) in the new exhibition "Designing Memory" which opened a few weeks ago at the Tower of David Museum in Jerusalem. The exhibition also features the work of the finalists for the Dedalo Minosse International Prize, offering a broad overview of important architectural projects by studios all over the world. 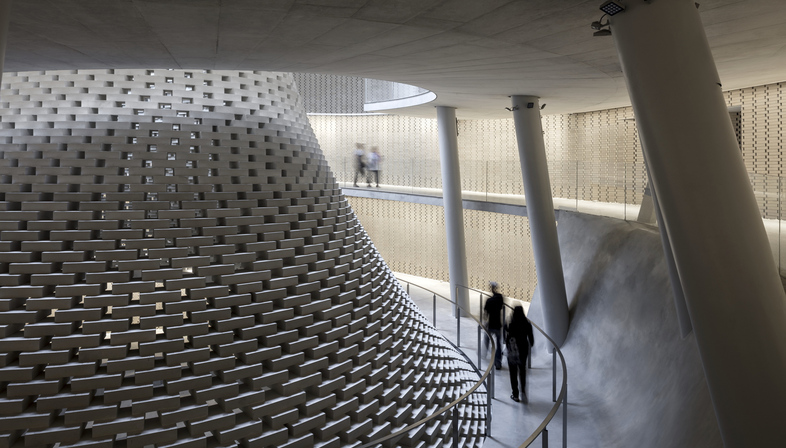 National Memorial Hall in Israel is a national monument to all the soldiers who have given their lives to found and protect the State of Israel. The Israeli Defence Ministry commissioned the memorial in 2006 as a central place of pilgrimage where all the families who have lost loved ones to war can commemorate their dead. The project by Kimmel Eshkolot Architects in collaboration with Kalush-Chechik Architects was completed in 2017. The hall was dug into Mount Herzl in Jerusalem, providing an intimate space for a personal and collective experience of commemoration. The mountain above the hall was reconstructed with an undulating funnel-shaped brick formation open to the sky, flooding the empty space with daylight. The fulcrum of the space inside is a "Wall of names" 250 metres long surrounding the sculptural central structure of brick. The wall is made of 23,000 bricks running along a spiral-shaped ramp, and each brick has been individually engraved with the name of a fallen soldier, with their date of decease and an incandescent light which lights up on the anniversary of the soldier’s death.
From the outside, the roof of the building appears to imitate the topography of the mountain with soft lines of Jerusalem stone, blending with the view of the adjacent cemetery. The dome of light rising above the hall represented a unique engineering challenge; the top engineers of the Israeli army and the Zurich Polytechnic Institute came up with new solutions that appear to challenge the forces of gravity.
The National Memorial Hall has received a number of important awards, including the 2018 RIBA Award and the 2019 Dedalo Minosse International Prize. The Dedalo Minosse International Prize was established in 1997 to boost the quality of architecture, focusing on the process of design and construction and the key players who determine the success of the work: the architect and the client, as well as the project’s executors and stakeholders. It recognises the unique dialogue between the client and the architect, the important role of their relationship and its impact on the final project, producing truly outstanding architecture.
The jury’s decision specifies that "the National Memorial Hall manages to create a heavenly spirituality while giving a tangible form to life and memory”. The travelling exhibition will be going to Tokyo, San Francisco and Florence, and is currently open in the newly renovated gallery in Jerusalem’s Tower of David Museum, located in the Phasael Tower built by King Herod more than 2,000 years ago. The architects who received the award, Kimmel Eshkolot Architects, were involved in the complete overhaul of the hall, with the addition of a "floating" floor and an overhaul of infrastructure such as wiring, positioned between the old stones and a new vaulted ceiling, which also offers the benefit of improving acoustics. All this took place under the careful guidance and instructions of the architects of Kimmel Eshkolot, who are still working on the overall project at the Tower of David Museum, which also involves expansion with a new multi-level sunken entrance pavilion, a coffee shop, additional public toilets, and 7 new galleries, with additional exhibition spaces and two lifts to make the ancient citadel accessible to all. The new entrance pavilion and a permanent exhibition about the history of Jerusalem will open in the spring of 2023, while the Dedalo Minosse Prize exhibition featuring the work of 62 finalists from all over the world and the five winners of the Prize will stay open until 31 December 2022. 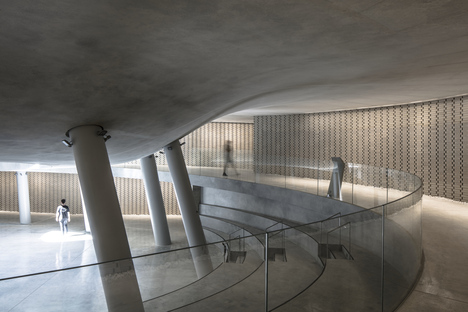 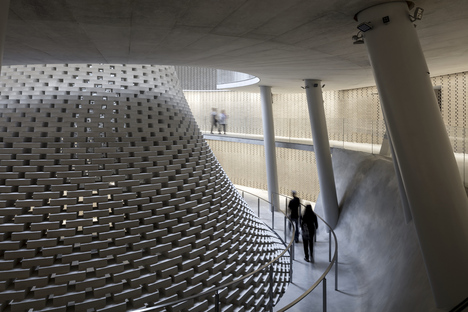 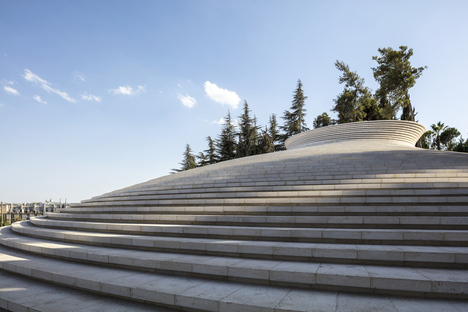 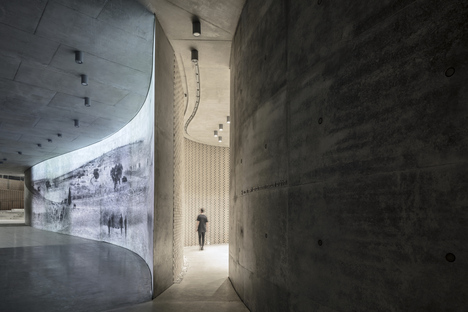 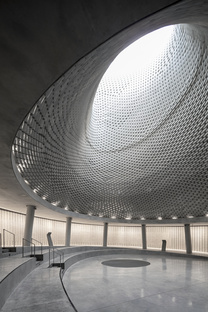 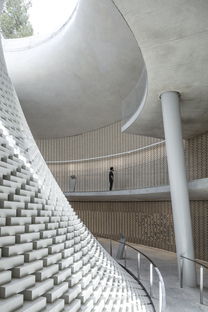 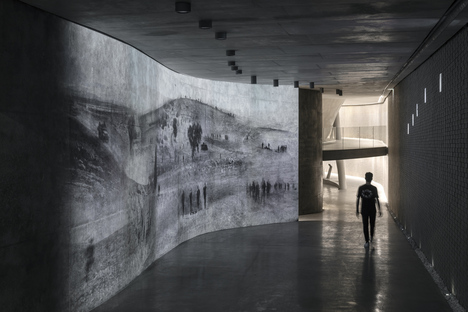 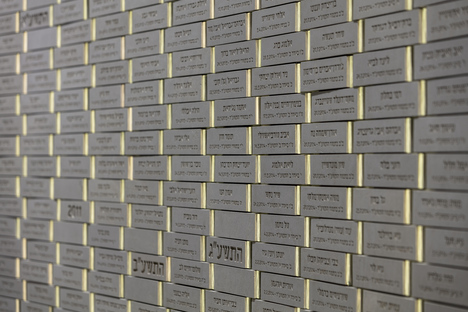 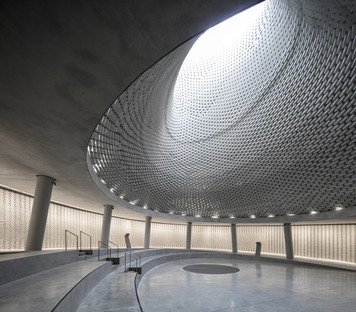 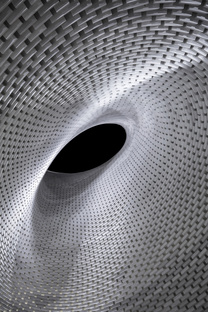 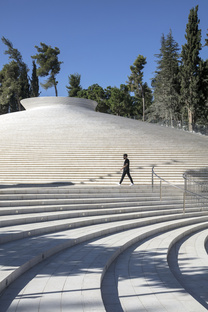 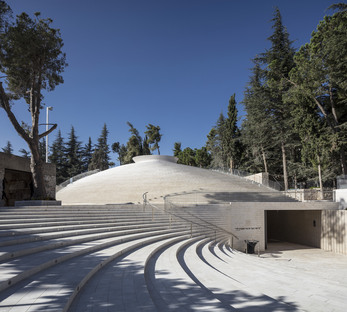