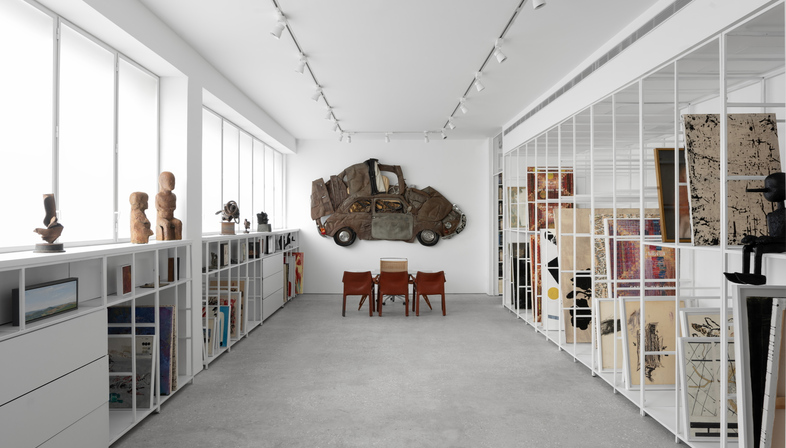 Gordon Gallery was founded in Tel Aviv in 1966 by Yeshayahu (Shaya) Yariv and named after the first street it was located on, Gordon Street in central Tel Aviv. Right from the start the gallery worked with some of the city’s most important and influential artists, including Raffi Lavie, Aviva Uri, Yossef Zaritsky, Uri Lifshitz, Ofer Lellouche and other well-known Israeli artists. In December 2021 the gallery opened a second location in Jerusalem, reclaiming and converting an abandoned workshop in Jerusalem’s Sapir Center industrial zone southwest of the city centre. This interesting neighbourhood is home to large industrial buildings, mostly housing light industries, but also a number of artists’ studios, Yeshivas (a Hebrew educational institution) and the ultra-orthodox branch of the Bezalel Academy of Art and Design, Oman, next door to the new gallery.
Gordon Gallery director Amon Yariv appointed Salty Architects, the studio co-founded by architects Hadar Menkes and Motti Rauchwerger, to renovate the industrial building in Jerusalem. In order to fulfil its new function of exhibiting artworks in the best possible way, the architects began by removing the building’s industrial façade and replacing it with big windows, framed in steel and with a semi-transparent curtain behind them to modulate the daylight, not only letting in light but allowing the building to interact with its urban surroundings and reconnecting it with the city. Openness and transparency are not merely architectural concepts, but reflect the gallery’s philosophy: as in the Tel Aviv gallery, here in the former workshop in Jerusalem, all the spaces are made accessible to visitors, including the library and archives. There is no entrance lobby, so that visitors entering from the street find themselves right inside the gallery, encouraging them to stop and take a look around.
The rectangular gallery, about 20 metres long, receives light from its narrow ribs, and so the offices, art storerooms and toilets were positioned in the centre of the gallery building to ensure optimal lighting for both the front and back of the exhibition space.
According to architects Motti Rauchwerger and Hadar Menkes of Salty Architects: "The challenge was to set the space apart from its surroundings without being ostentatious. Inside the gallery, we designed a circular space, and it is important that one can keep moving in the space and be surprised. One of the surprises was the natural light in this industrial area. Once we opened the façade, we realized that wonderful natural light permeates the space”.
Light and permeability are the keys to a reclamation project that has made the Gordon Gallery stand out as a unique presence in this industrial area, not stealing the scene but maintaining a certain degree of understatement. When lit up at night, the gallery becomes a landmark visible from far away, though without sacrificing its sense of belonging to the Sapir Center, offering itself as a new “place-to-be” for art lovers, an important addition the neighbourhood and the people who frequent it. 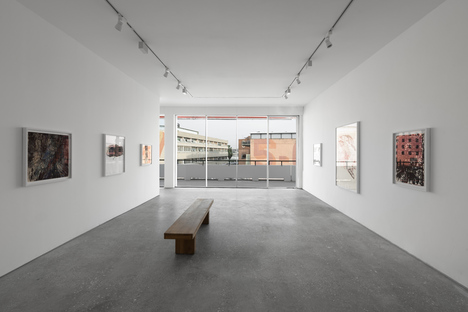 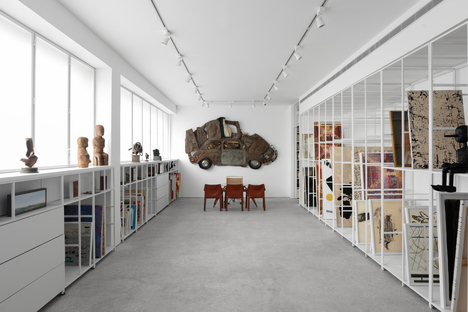 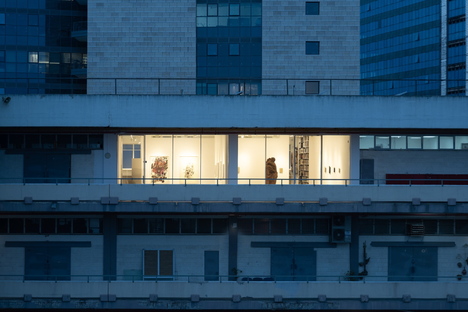 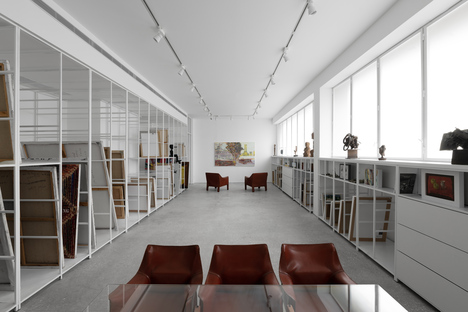 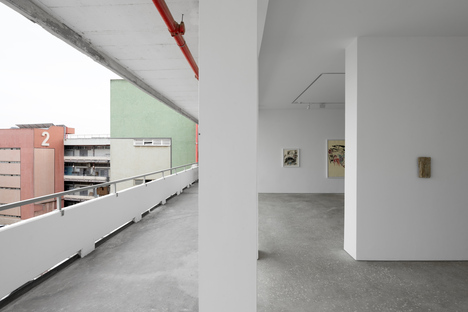 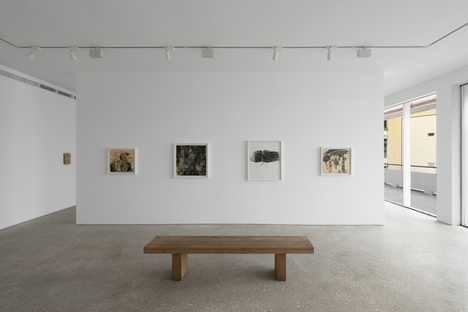 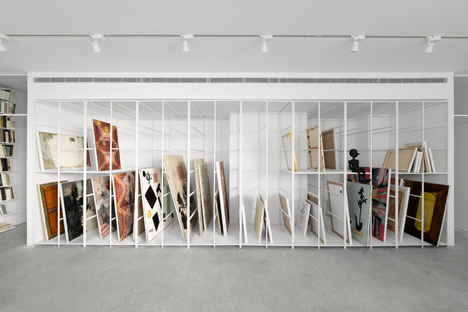 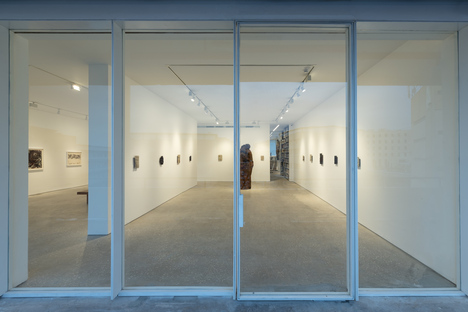 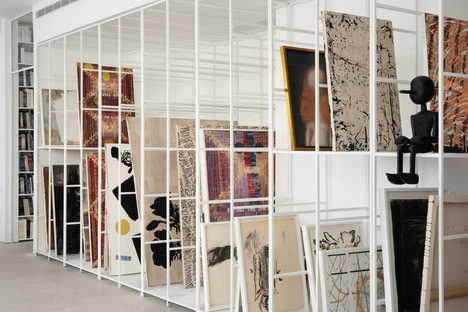 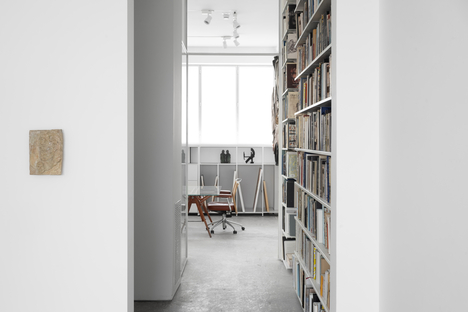 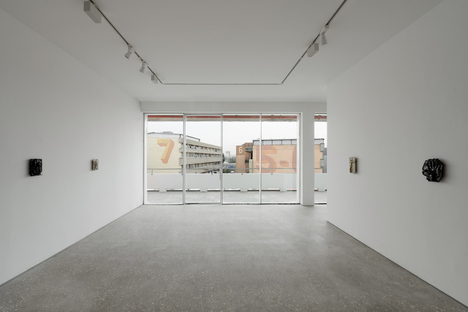 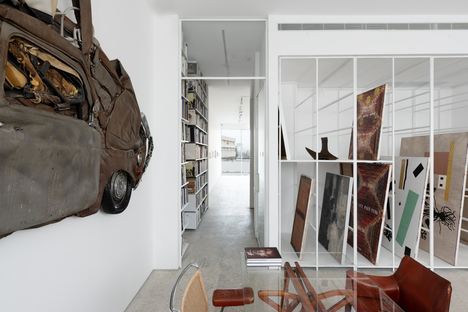 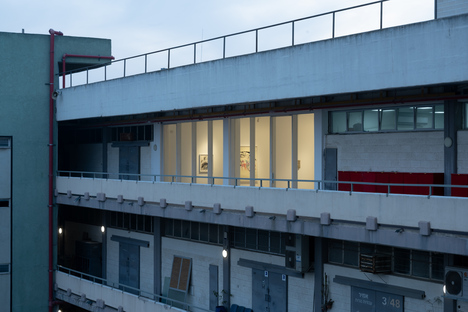 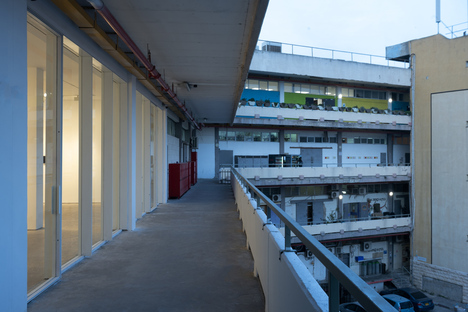