Japanese atmospheres of interior design and art in Milan 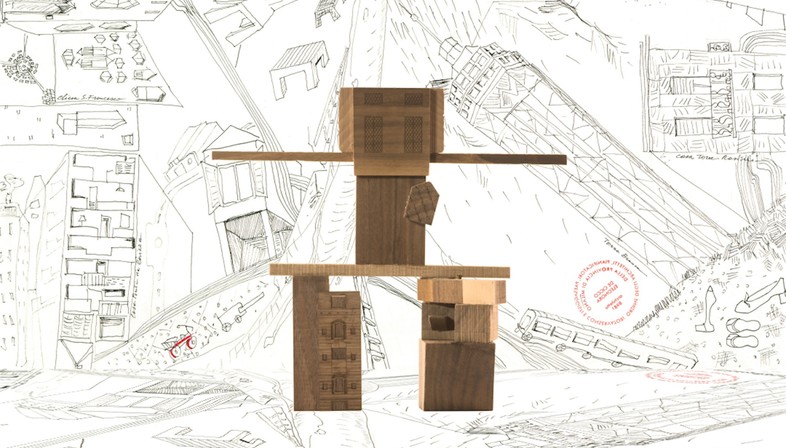 Research into the themes of landscapes and living spaces led Nora di Cicco to build wooden totems, created with a few archetypal architectural elements and presented at Fuorisalone 2018. They are destructured architecture that become anthropomorphic forms. Margherita Baetta notes that like in a Haiku composition, all that’s needed are a few select elements to express concepts and emotions, a declaration of love dedicated to architecture. The essential nature of symbols, elements and materials is at the basis of two recent interior design projects by the Vudafieri-Saverino Partners and Park Associati studios, which recreate Japanese atmospheres in Milan.

KANPAI, via Melzo 12 - Milan
The interior design project by the Vudafieri-Saverino Partnersstudio for the new Kanpai restaurant recently opened in Porta Venezia, takes inspiration from the street soul of modern Japan. The architects at Vudafieri-Saverino Partners have interpreted and reproposed the typical elements of the Izakaya, informal spaces like Italian osterie, where the Japanese meet to drink sake accompanied by typical Japanese dishes, in a personal and innovative way. To bring to a historic area of Milan “not a rice paper stereotype of traditional Japan, but what you can see in modern day Tokyo, combining the street soul of local tradition with an approach focused on detail and a few gourmet dishes”. This was the request of the clients, which the architects reflected on by carefully considering the pre-existing structures in the space, identifying elements that could be used to structure the atmosphere of the restaurant. One example are the walls, which have deliberately been left rough and irregular, enhanced by decorative inserts. In this setting minimalist furnishings and low lighting help to evoke the atmosphere of Japan. 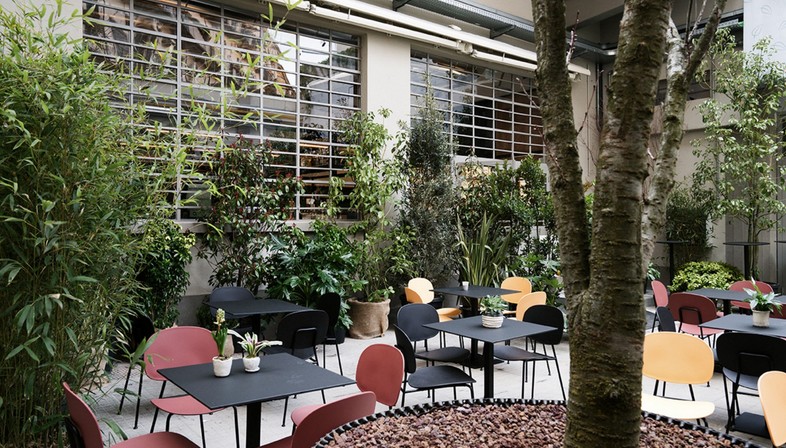 TENOHA, via Vigevano 18 – Milan
In via Vigevano 18, Park Associati has created the project to completely renovate an industrial building from 1931, an ex-wallpaper factory, now transformed into a multifunctional space for a Japanese company. The building borders the Navigli, one of the most popular areas in the city due to its wealth of shops, artisan workshops, bars and pubs. Park Associati worked on both the street-facing unit, focusing on the large full height windows for retail, and the interior space, designed to house a Japanese restaurant and host events, as well as the central courtyard which becomes the fulcrum of the composition and distribution of the various functions. 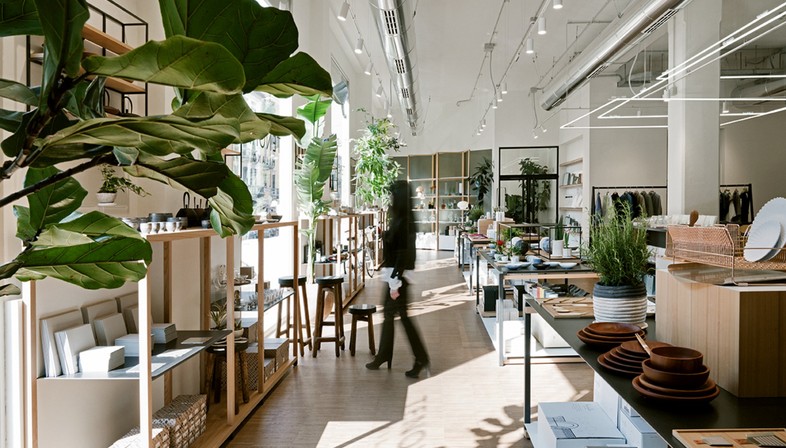 The Rationalist style of the original architectural structure is a distinctive feature of the building, contrasting with its urban setting. The interior design by Park Associati is minimalist and extremely rigorous and valorises the pre-existing space. The architects chose to respect the industrial soul of the space preserving the general layout of large open spaces, shed coverings and exposed systems. Suggestions created by the space and its past were considered in architectural decisions and solutions that are coherent with the brand and with the client’s needs, like organising themed areas divided into a series of spaces. Bright colours and simple fixtures help create an Oriental atmosphere for this space dedicated to a restaurant and shopping, with productsmade in Japan. 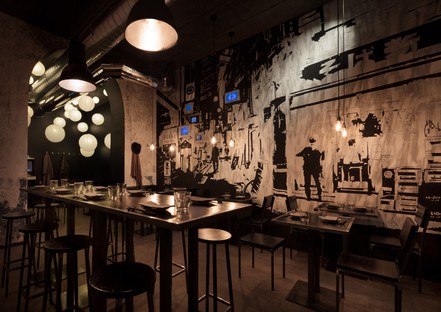 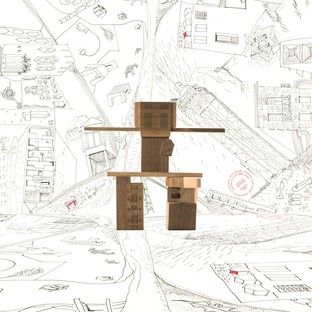 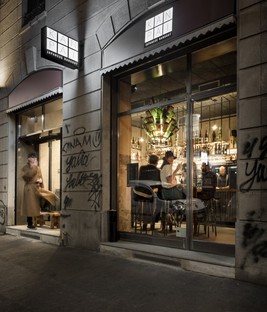 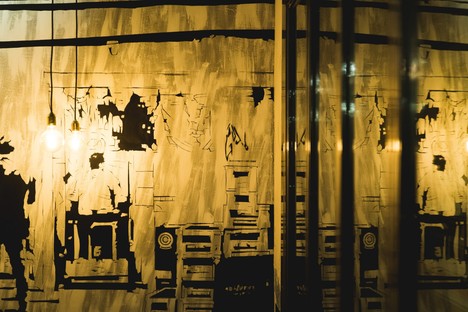 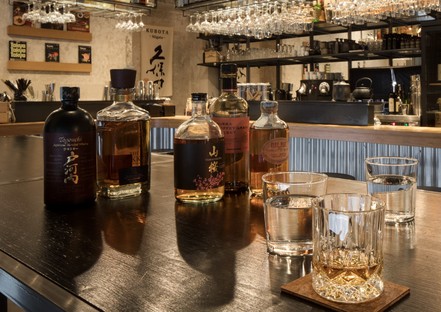 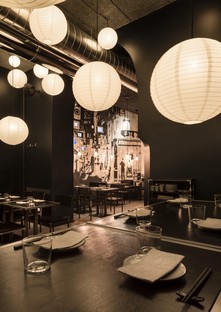 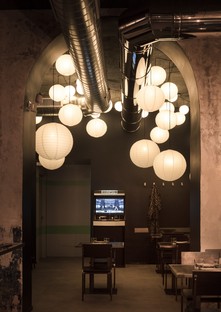 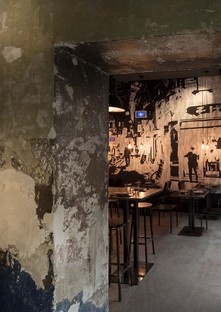 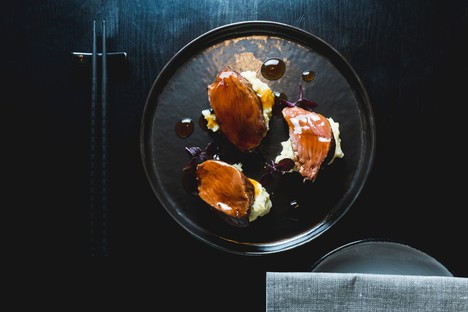 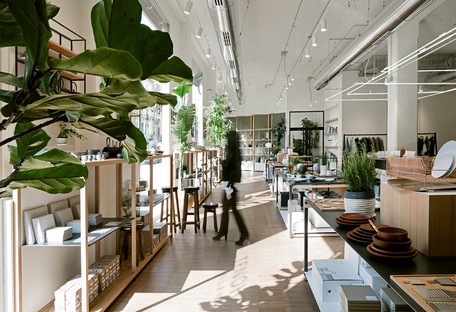 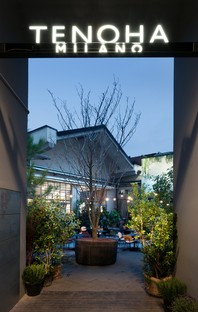 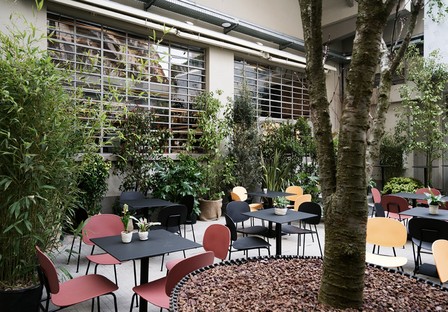 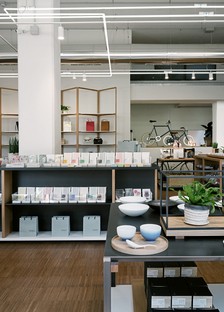 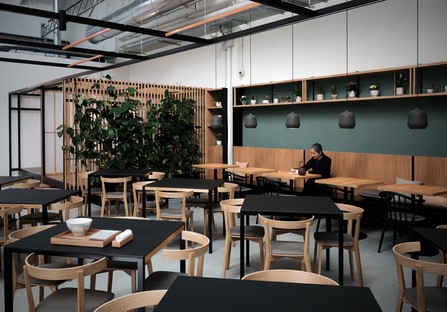 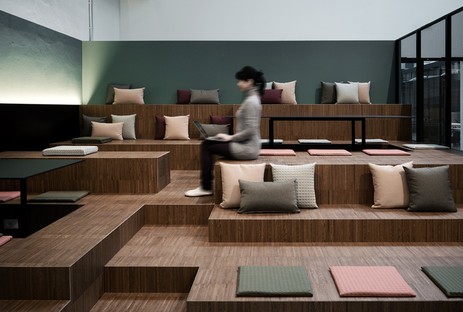 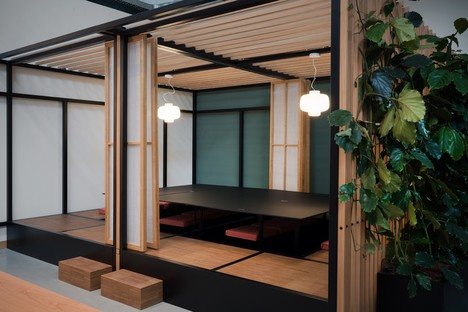 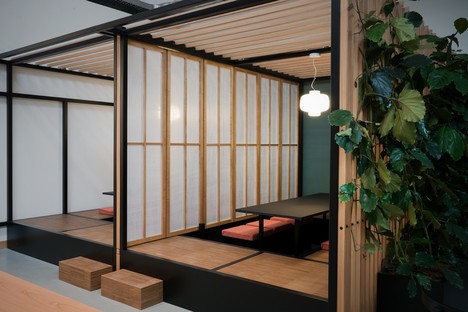 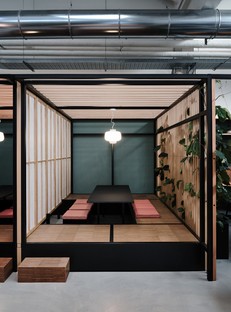 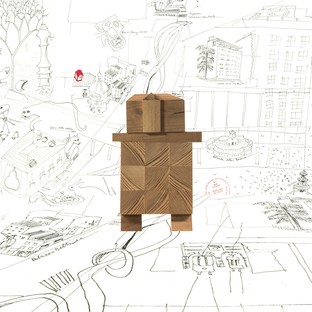 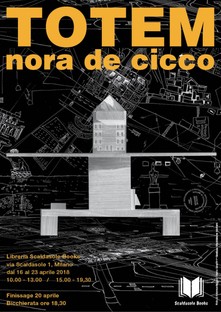