Brin69 is a redevelopment project for a large, attractive and majestic early 20th-century industrial shed in Naples. 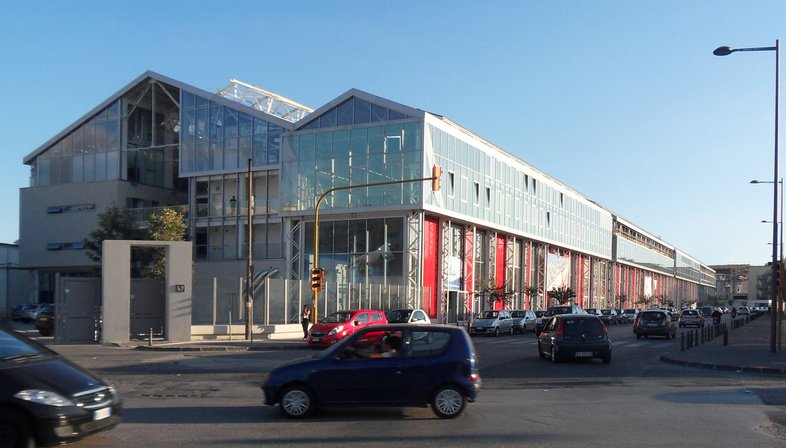 Brin69 is a redevelopment project for a large, attractive and majestic early 20th-century industrial shed in Naples. The project by vulcanica architettura has injected new life into a neighbourhood where there was a very real risk of spiralling into decline, and they made the best use of the most precious resource there is in densely populated environments like Naples - the land.


Although it's a real thing in lots of other cities, sustainable urban regeneration is quite rare in Naples. This makes Brin69 - an old industrial building turned into a multifunctional space with car parking and easy access to public transport - all the more special.
The old steelworks had been abandoned for ages. Then an enlightened investor decided that the architectural qualities of the complex, with its precise geometric layout and a remarkable volume - 250 metres long, 40 metres wide and 22 metres high at its pinnacle - were worth restoring, not least because of the factory's rather strategic location.
The local firm vulcanica architettura based their project on their intimate knowledge of the territory to give the old industrial building a new, contemporary style, at the same time validating the memory of time, all with the use of sustainable design. So they retained the existing steel structure with its really eye-catching appearance, already in line with earthquake-resistance constraints and added large expanses of glazing to the original grid pattern of the framework. The ground floor of the four-level Brin69 accommodates shops and restaurants facing the street, to facilitate engagement with the urban context. An indoor, 3-level carpark is located at the end of the volume, which very well-lit with scenic views and complete with signage in the style of street art by labo contemporary artist.
The focal point of the project is the open central gallery inside the large building, a new natural environment, a kind of roof garden with ponds, tall-growth trees and flowerbeds. The iconic red stairways made by local artisans lead to the street as well as to the office levels. A real shared oasis with a pleasant microclimate obtained naturally and assisted by the openings in the roof pinnacle and by the sea breezes. The flowing paths and transparent, suspended bridges add another layer of character to the space.
This project by vulcanica architettura brings nature back to a place where it had been sacrificed in the name of industrial progress, making it a symbol of sustainable urban regeneration. So Brin69 is an example of how redevelopment can be based on the wellbeing of the users of spaces that have been integrated into city life once more, giving them a new value that benefits the community. 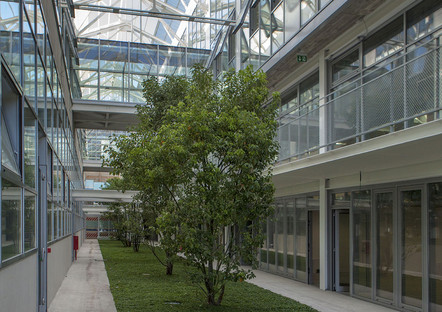 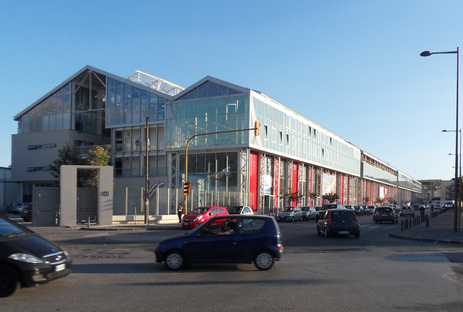 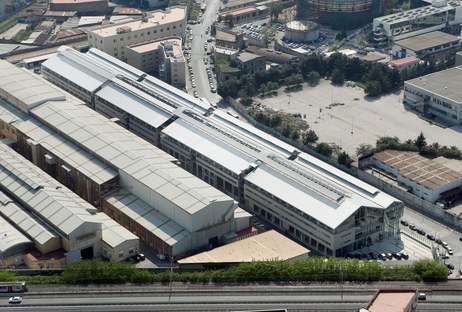 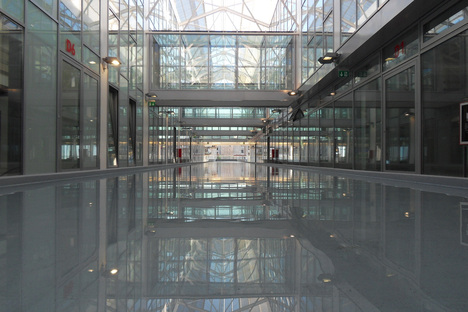 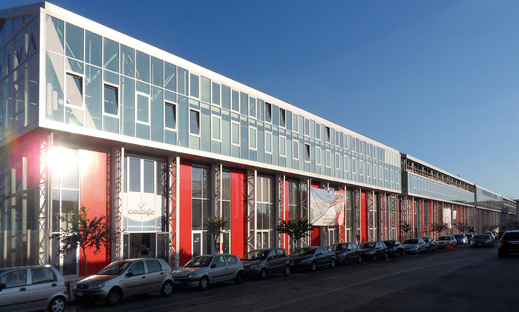 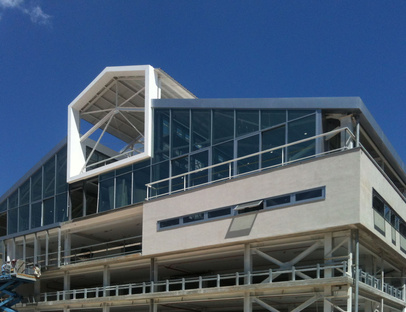 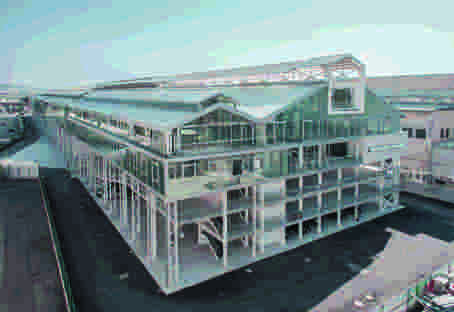 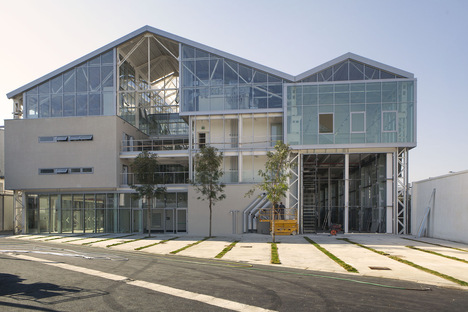 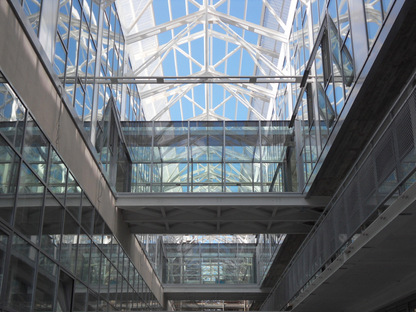 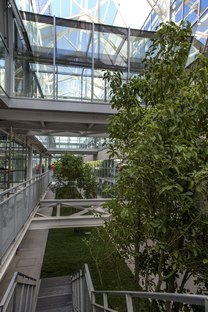 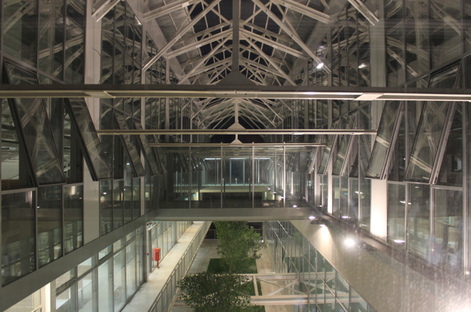 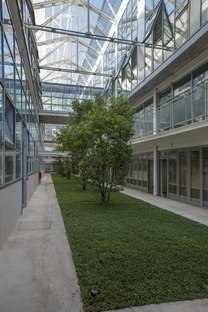 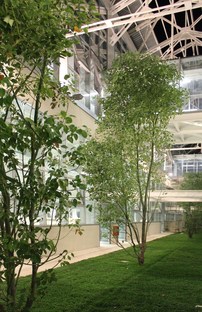 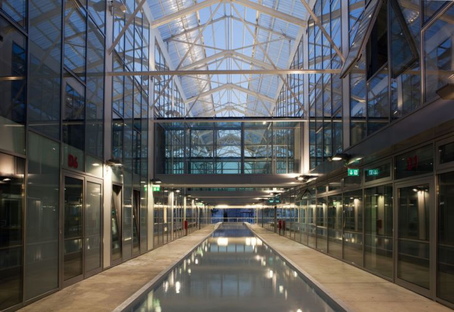 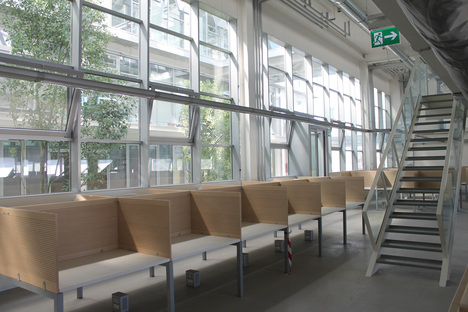 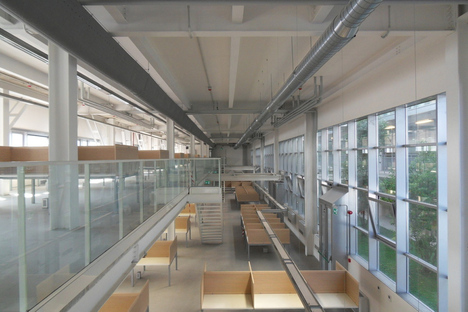 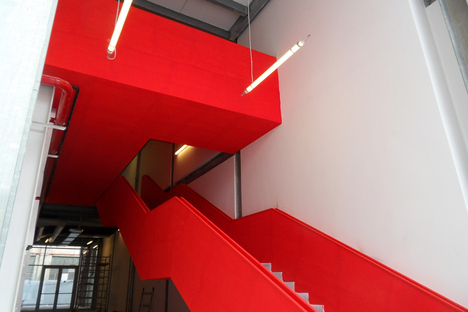