The American firm CLB Architects has designed the recovery and renovation project of an ancillary facility at Jackson Hole Airport in Wyoming. An intervention that embraces the material quality of the local territory, transforming a car rental facility with a service station into an architectural experience. 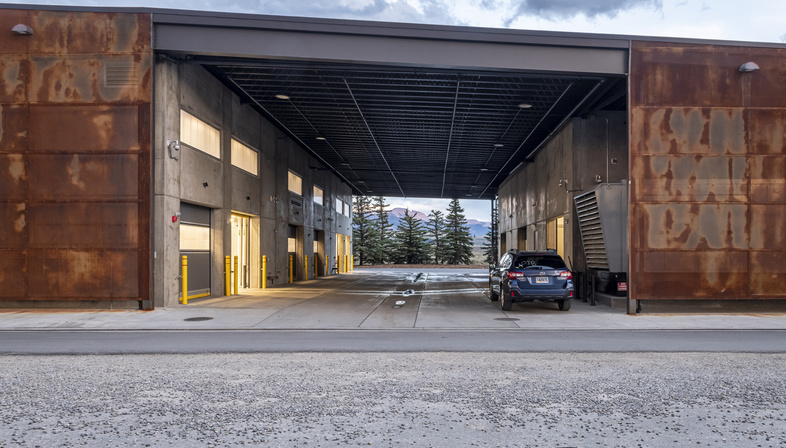 Sometimes it takes very little to transform a service – such as renting a car or filling up on gas – into an experience that brings even those who are less sensitive closer to the beauty of architecture. This is precisely what happened at Jackson Hole Airport in Wyoming, in the USA, at the base of the spectacular Teton Mountain Range, set within the Grand Teton National Park.
The restructuring project carried out by the Gensler firm in 2013 earned the airport its LEED Silver certification and won the 2014 AIA Institute Honour Awards for the particular attention paid to the local context. Jackson Hole Airport’s existing car rental facilities were poorly organised, outdated, and no longer met contemporary sustainability standards. To better manage these services at the nation’s only airport located within a National Park, a new Quick Turn-Around (QTA) facility was developed by the local CLB Architects studio. The structure is used to manage all aspects of the rental car service, from paperwork to storage, washing and refuelling. The QTA is located on the south side of the airport, a location selected to coincide with the existing east access road and the row of buildings and hangars to the west. The general site planning and space program information was provided by Jackson Hole Airport, based on existing constraints, while taking into account increasing demand as well as future stages and growth in the airport development. The new structure designed by CLB Architects provides a simple, yet bold solution. Under maximum operating conditions, each rental company can get around 200 cars a day to pass through the facility.
The QTA provides three basic functions: refuelling for vehicles, washing and detailing. These functions have been incorporated into a gas station and two buildings. The three volumes have been grouped under a large, continuous low-sloping roof that provides protection from rain and snow between the two buildings and on the external fuel island.
The complex has been clad in a perforated and rusted metal screen, which hides the washing and refuelling functions from public view. Each of the three components is organised into three independent bays that serve the three different car rental companies operating on the premises. Operationally, the facilities are arranged in sequence from south to north, starting with the refuelling, then continuing with the 400-square-metre washing space and ending with the large administrative areas that cover a space of over 800 square metres.
The architects chose materials – including rusted metal, concrete, steel and wood – that integrate well with the existing palette of the main airport terminal building and blend in with the surrounding landscape. A choice certainly not made by coincidence: CLB Architects had, in fact, assisted Gensler during the renovation of the airport as an associate architect. The exposed steel serves a double function, used both structurally, as well as to help emphasise the industrial aesthetics of the complex. Translucent panels at the upper level provide natural light on both levels, including the upper mezzanines which are open to the bays below. Immersed in a natural setting of great beauty overlooking the Teton Mountain Range, a trivial activity such as renting a car has thus been carefully redesigned and transformed into an architectural experience that limits the visual, as well as the environmental impact on the local context. 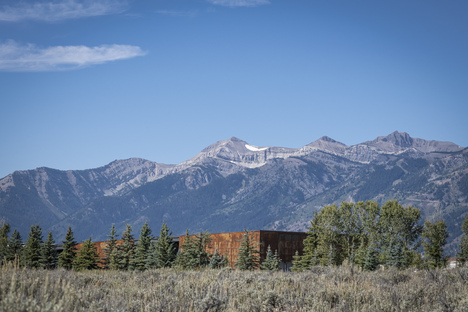 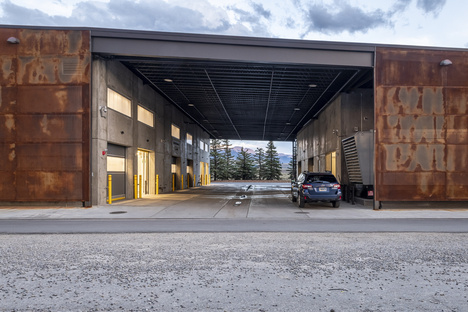 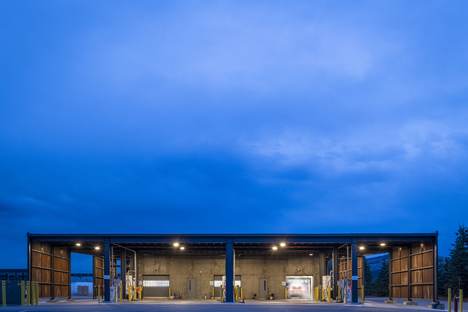 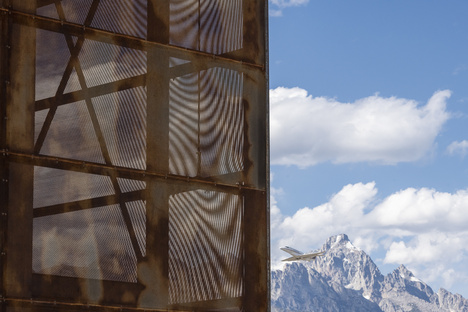 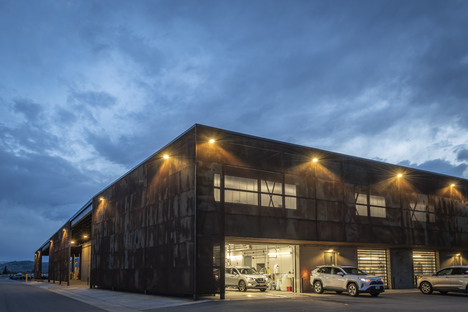 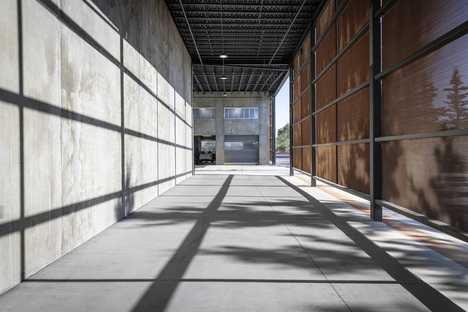 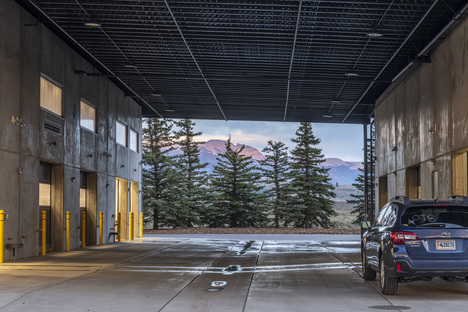 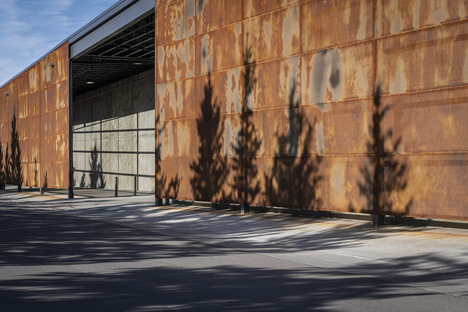 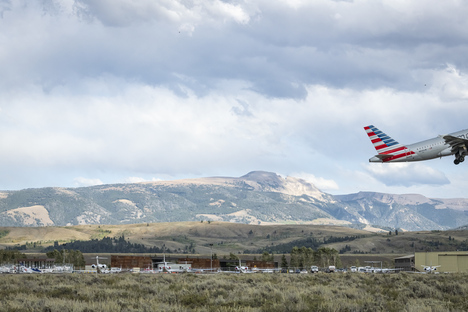 The Creamery in Wyoming by JLF Architects

The Creamery in Wyoming by JLF Architects