Finland’s gateway to the world has been renewed with completion of ALA Architects’ expansion of Terminal 2 at Helsinki-Vantaa Airport. The new airport terminal welcomes passengers with an impressive timber-clad ceiling expanding outside to form a massive curved canopy roof. 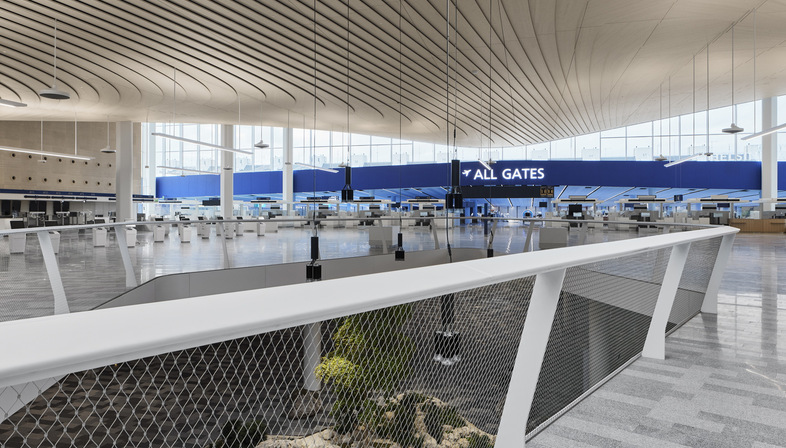 The importance of airports goes well beyond their practical function, as airport terminals act as gateways to the world and represent passengers’ first experience of their destination country upon arrival. The more beautiful the airport, the better the impression they will get, and if the architecture is sustainable too, with BREAAM certification, as in the case of the expansion on Terminal 2 of Helsinki-Vantaa Airport designed by ALA Architects, that’s even better!
ALA Architects are known for their large-scale public buildings, and the new airport terminal is a type of project akin to their best-known works, such as Helsinki’s Oodi Library and Norway’s Kilden Performing Arts Centre. Like these two projects, the terminal expansion is characterised by an impressive ceiling covered in timber that extends outside to form a sort of protective canopy.
The new departures and arrivals terminal at Helsinki Airport, built following a competition held in 2016, includes two separate volumes: one defined by its dramatic wooden ceiling, and another identified with the colour blue. In addition to facilities ancillary to air travel, the building contains a multimodal travel centre and security control, customs and baggage claim areas.
As the new building is directly linked to the airport’s old terminal 2 building, it is based on the conventional logic of separating flows of passengers in arrival and in departure on different levels. The building is certified under BREEAM Excellent standards, and was built within the allotted schedule and budget, something that is not to be taken for granted. All the work was performed while the airport remained fully operational.
As in the two other projects mentioned here, in the airport ALA Architects created an iconic roof: the ceiling in the new departures lounge plays with the concept of lightness combined with extreme weight. Use of steel structures enabled column-free construction of both the departure hall and the massive canopy roof over the entrance, with structures and air treatment equipment concealed within a thick ceiling made up of prefabricated timber elements. According to the architects: “The flowing shapes of the spruce boards resembling contour lines turn the ceiling into an upside-down version of a three-dimensional map that leads the passengers’ thoughts towards the direction they are headed to – the sky above the runway.”
The blue security control volume between the new departures hall and the old terminal building is recognisable even from far away. The blue colour continues from the exterior cladding into the volume of the building, making it easily recognisable and exerting a calming influence in the frequently stressful situation of security controls.
After clearing customs, passengers in arrival come to the Luoto nature diorama, a free-form installation with living trees, shrubs and stones in a large cor-ten planter combining Finnish nature with Japanese garden art. The skylight above it and an opening on the departures level bring daylight down to the ground floor, underlining connection with the world outside.
ALA Architects’ expansion of Terminal 2 at Helsinki-Vantaa Airport is a sustainable building offering a truly warm welcome to passengers arriving in the country. 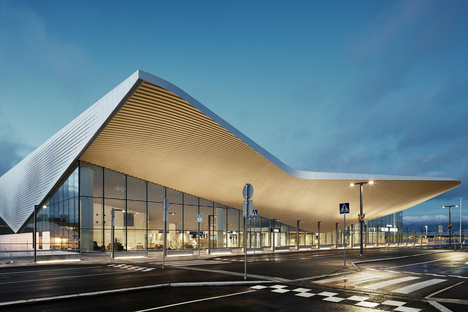 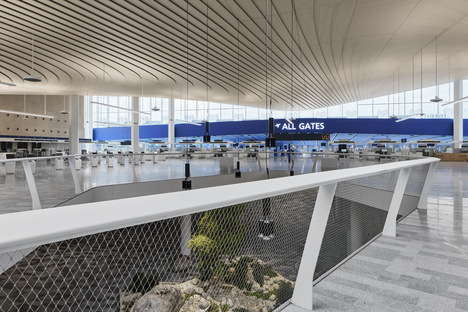 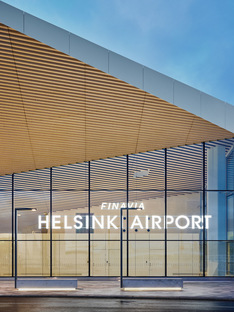 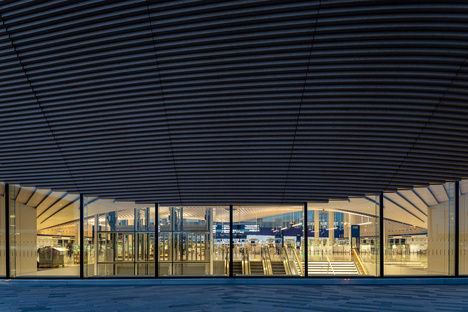 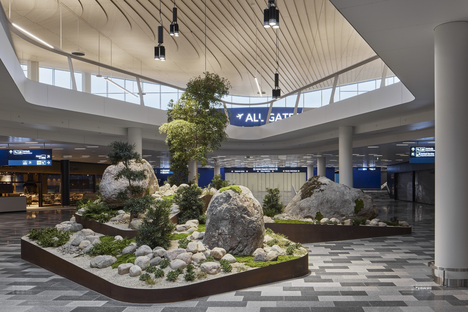 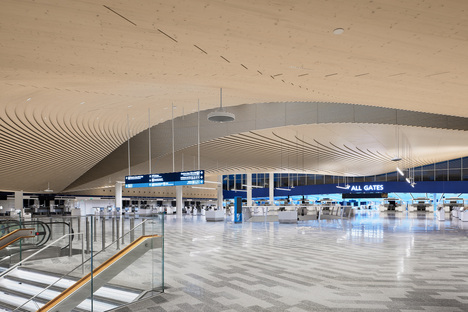 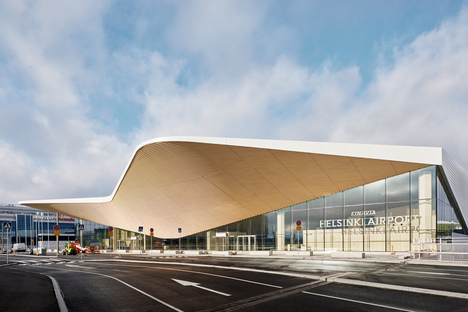 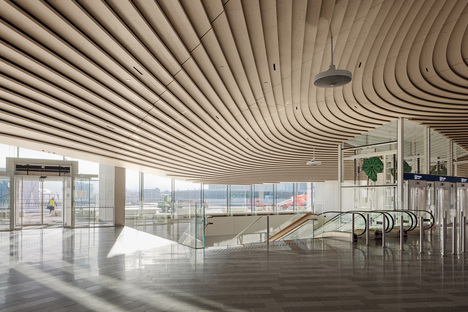 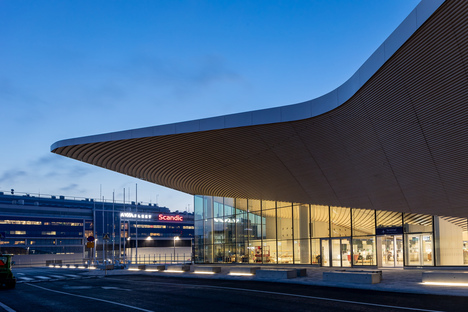 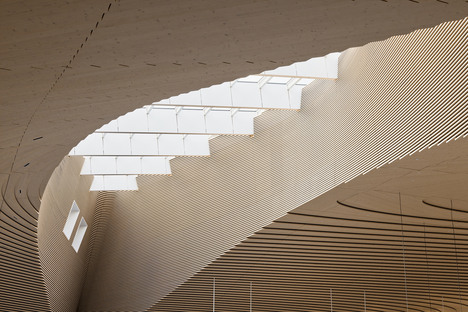 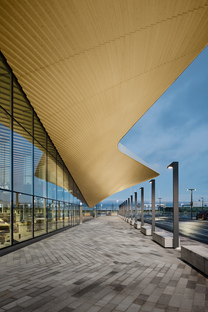 Avanto and the Löyly sauna in Helsinki