Helsinki has been blessed with a new architectural and art attraction, the Amos Rex art museum - designed by JKMM - right in the heart of Finland's capital, simultaneously refurbishing an iconic 1930s building called Lasipalatsi as an integral part of the museum. 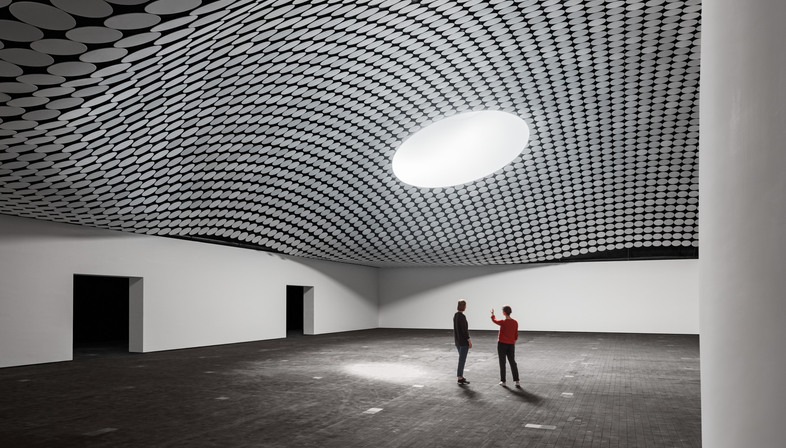 Helsinki has been blessed with a new architectural and art attraction, the Amos Rex art museum - designed by JKMM - right in the heart of Finland's capital, simultaneously refurbishing an iconic 1930s building called Lasipalatsi as an integral part of the museum.


Responding to the existing architecture, restoring an iconic building and at the same time crafting something new and unexpected. No easy task by any means but one that Finnish architecture firm JKMM psplendidly masterminded for the new Amos Rex Museum, formerly the Amos Anderson Art Museum.
The project was completed to continue the work of the Amos Anderson Art Museum, established in Helsinki in 1965 from the legacy left by local philanthropist, art collector and businessman Amos Anderson (1878-1961). It is located in the city centre opposite the 1920s classicist parliament house and near the Steven Holl designed Kiasma Museum (link). But there's no point looking for a new building because you won't find one. JKMM very smartly took the Amos Rex underground. The museum may be deep down below but you enter it from the Lasipalatsi built in 1936 and designed by three young Finnish architects - Viljo Revell, Heino Riihimäki and Niilo Kokko. This great example of functionalism was eventually listed and gained modernist masterpiece status from the preservationist organisation Docomomo International. This “glass palace” is an entertainment and retail complex with restaurants, the Bio Rex cinema and an open square to its rear. In the framework of construction of the new museum, the Lasipalatsi was also cleverly restored by Katja Savolainen from JKMM. The restoration architect pointed out that they did not seek to replace existing restoration works but instead accepted these as part of the narrative and layering of the building's history; they also highlighted some of the fine craftsmanship from the past.
A context with a very packed architectural background, which also includes the neighbouring 19th-century neoclassic barracks and the requirement to not sacrifice the open public space of Lasipalatsi Square to the new museum. This partly informed the decision to design the 6230-square-metre Amos Rex museum completely underground with a standout, column-free 2200-square metre exhibition hall. Still, the museum leaves its mark on the square above by bringing in light with sloping domes and skylights. This has reshaped the square and encourages the general public to climb up and down and even get a glimpse of the gallery below. While people outside have fun on these unexpected slopes, for visitors inside, these large concrete openings give them a view of the street level above, so even though they're six metres underground they can still feel connected with the world above, something often untapped in subterranean structures.
Asmo Jaaksi, founding partner at JKMM, a Helsinki-based architecture firm with just under 100 professionals led the Amos Rex project and comments: “Integrating one of Finland's architecturally pioneering 1930s buildings - Lasipalatsi - as part of the Amos Rex project has been a moving experience. By adding a bold new layer to Lasipalatsi, we feel we are connecting past with present. …We hope the newly landscaped Lasipalatsi Square with its gently curving domes will be received as a welcome addition to Helsinki's urban culture; a place everyone and anyone in the city can feel is their own.”
With Amos Rex combined with the refurbishment of Lasipalatsi supporting the functions of the museum, JKMM has designed a virtuously futuristic project that benefits the urban community of Helsinki. The museum opened on 30 August with the exhibition of immersive digital installations by Tokyo-based teamLab. Anchored in pre-modern Japanese art, teamLab's digital works merge western and eastern spatial depiction, creating a new shared space, in keeping with the idea behind the museum's project. 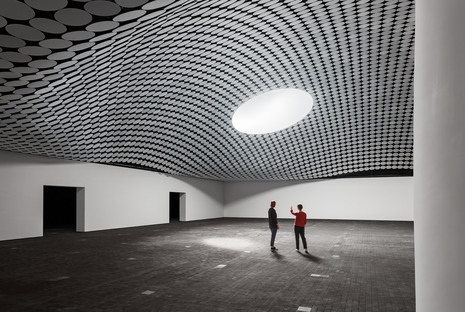 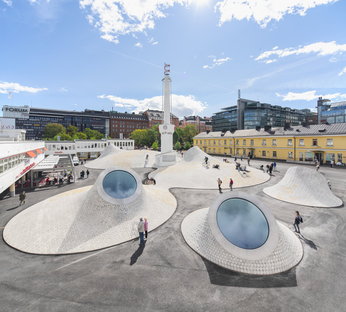 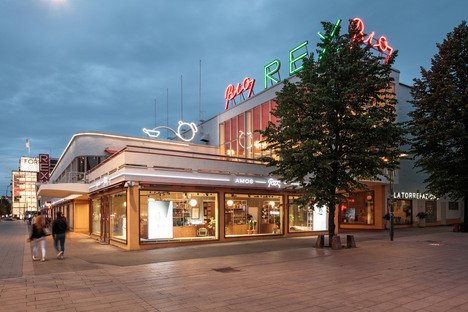 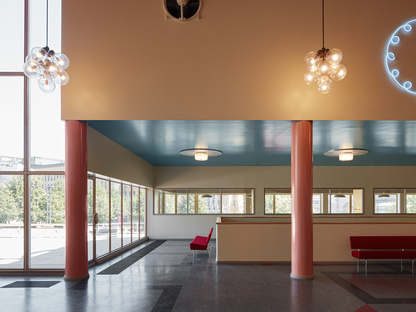 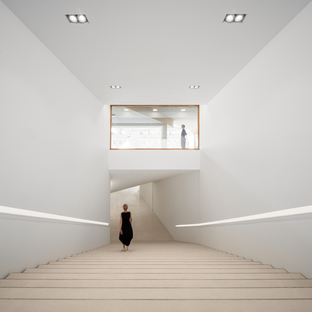 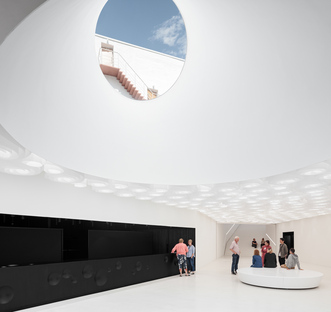 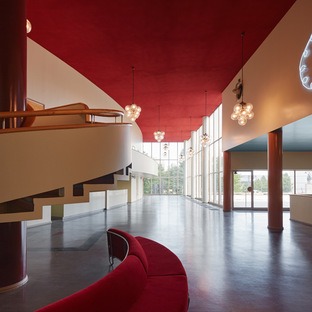 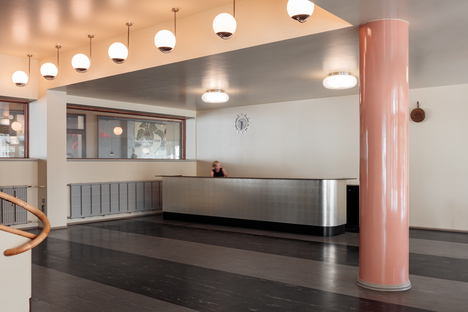 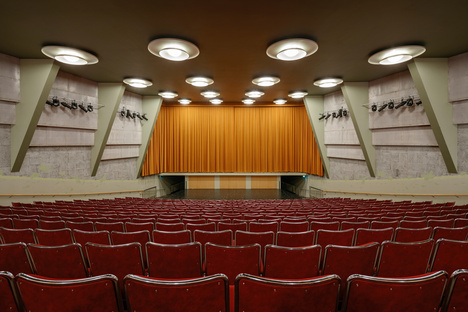 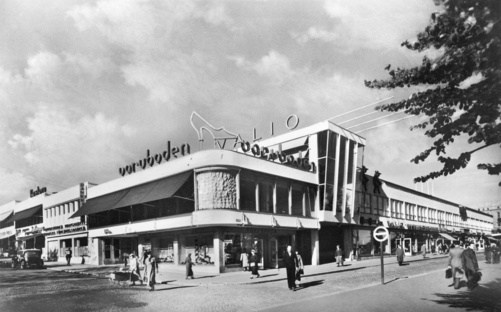 Parviainen Architects and the Länsisalmi Power Station in Helsinki