Commemorating the past in a way that triggers true contemplation: the Bologna Shoah Memorial by the Rome-based studio SET architects has become a distinctive landmark, stimulating emotions in the urban context of Bologna. 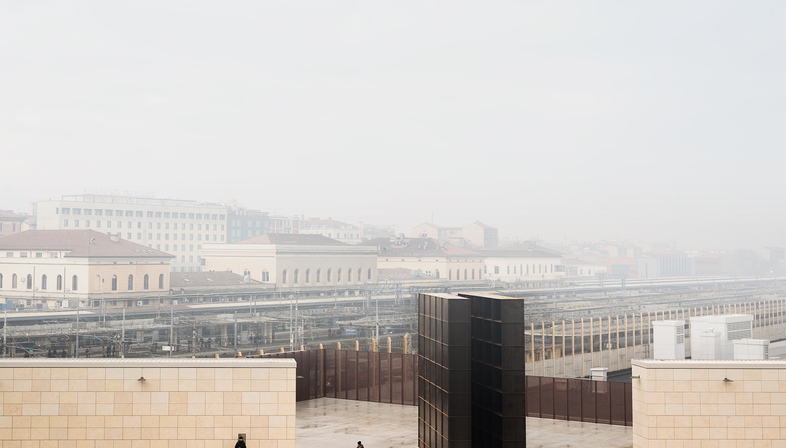 The Bologna Shoah Memorial designed by the Rome-based interdisciplinary architecture, urban planning and design practice SET Architects in 2016, it commemorates the victims of the Holocaust in a location on the edge of the old town of Bologna, near the high-speed railway station. The project by SET Architects, led by Lorenzo Catena, Onorato di Manno and Andrea Tanci, won the international competition organised by the Jewish Community in Bologna addresses the huge challenge of creating a place where the memory of the Holocaust - Shoah in Hebrew - can be kept alive, raising many questions without offering any preconceived answers. An architecture project where the materials exude power, like many monuments to the Shoah, just take Peter Eisenman’s Berlin Holocaust Memorial or the Jewish Museum Berlin by Daniel Libeskind as two examples.
It only took less than two months to construct the Bologna Shoah Memorial on the corner of Via dé Carracci and Ponte Matteotti, on a plaza built around the new high-speed railway station in Bologna. A strategic location in the urban fabric that attracts passersby, urging them to think about the tragedy of the Holocaust. The Memorial stands on a 1950-square-metre plot and is formed of two, symmetrical 10x10 metre volumes made of Corten steel. This material naturally rusts when exposed to air, as a clear reference to time going by, sparking a reflection of the past, of history.
The blocks are aligned and stand perpendicular to the plaza’s walls, creating a dramatic pathway, that is narrower at one end, from 160 centimetres wide to just 80, so the diminishing space generates a powerful sensorial experience, naturally heightening a sense of physical oppression, rather similar to Eisenman’s Memorial in Berlin. Visitors are invited to step inside the sculpture where there is room for quiet, individual contemplation: inside the Memorial, a grid of horizontal and vertical steel sheets intersect at 91°, giving form to empty boxes measuring 1.80 x 1.25 m that represent the cramped bunks squashed into the dark, airless dormitories of the concentration camps. On the other hand, the Memorial’s smooth external facade gives only a slight hint of the interior, through slight projections; it is like a blank page where history will be written.
The path between the two Corten steel blocks is paved in the crushed stones commonly used to hold the wooden cross-ties of railway tracks in place. These are reminiscent of the Judenrampe (“ramp of the Jewish”), the path that the deportees took to move between the camps of Auschwitz and Birkenau, where the Germans arbitrarily “selected” who could work and who would be sent to the gas chambers, on the basis of their physical health.
The empty echoes of footsteps across the stones and the narrowing of the passage together trigger a keen sense of anguish: in this way, the Memorial takes on life and conjures up the drama of the memory. Light also plays an essential part in the project: by day, only dim light manages to filter into the passage, allowing visitors to pause for reflection.  At night, lights embedded in the pathway illuminate the hollow interiors, showing the Memorial in all its majestic grandness.
The Bologna Shoah Memorial stands as a testament to history, it abandons the rhetoric and didactic conventions of this type of architecture to focus on the importance of emotions in driving contemplation. SET Architects have successfully designed a monument that uses present sensitivity as the narrative for the past. 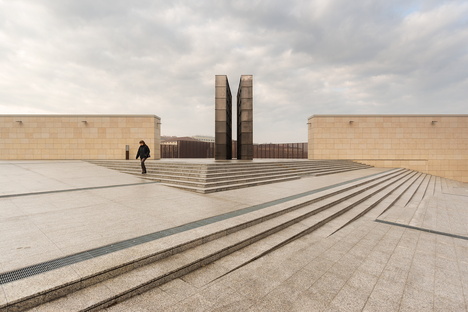 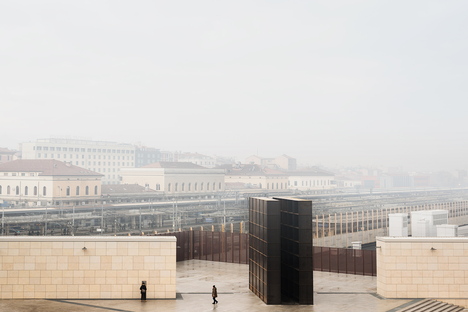 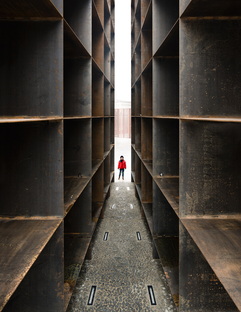 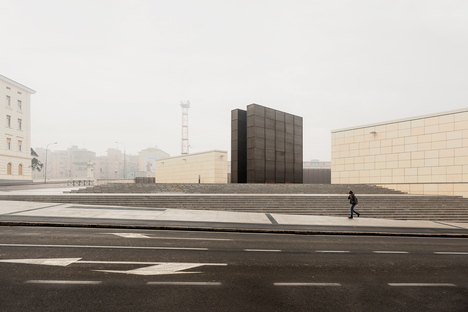 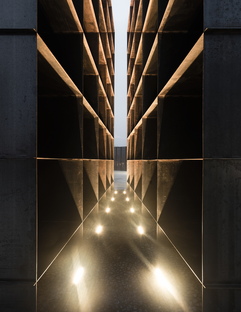 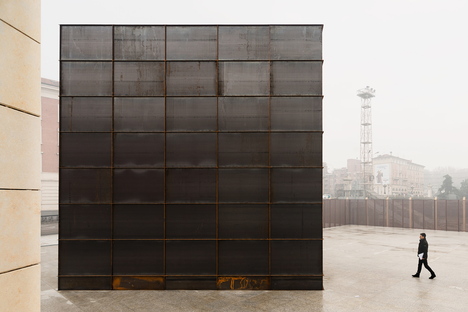 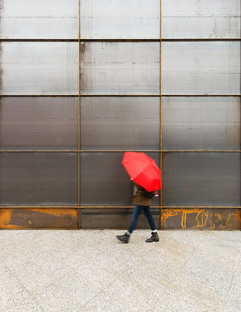 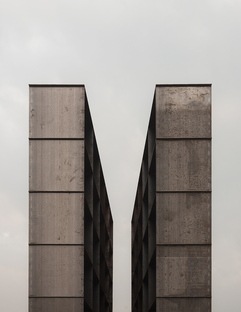 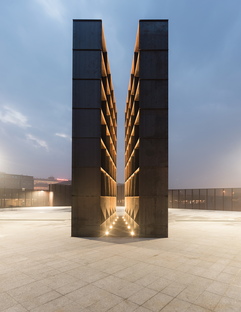 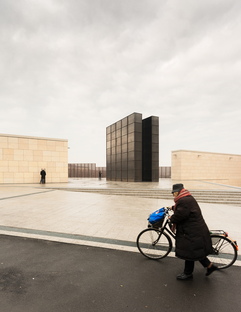 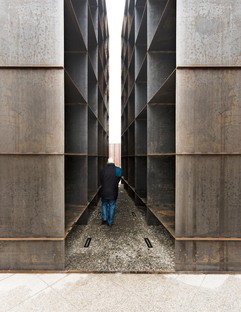 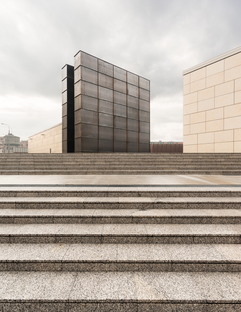 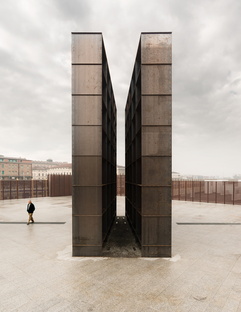 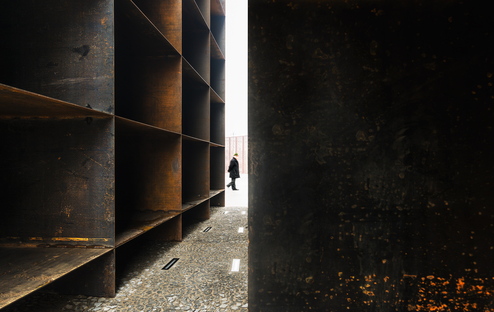 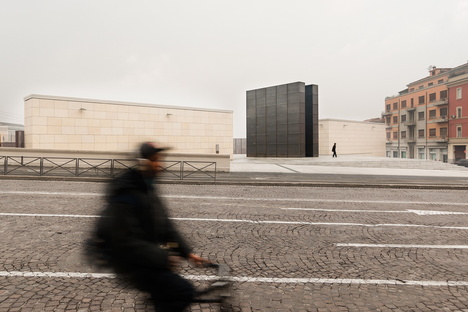