Sir John Monash Centre, a museum and interpretation centre in France in memory of the contribution made by Australian soldiers in Europe during the First World War, is a project by Cox Architecture with Williams, Abrahams and Lampros which won a prize in the Australian Institute of Architects’ 2021 International Chapter Awards. 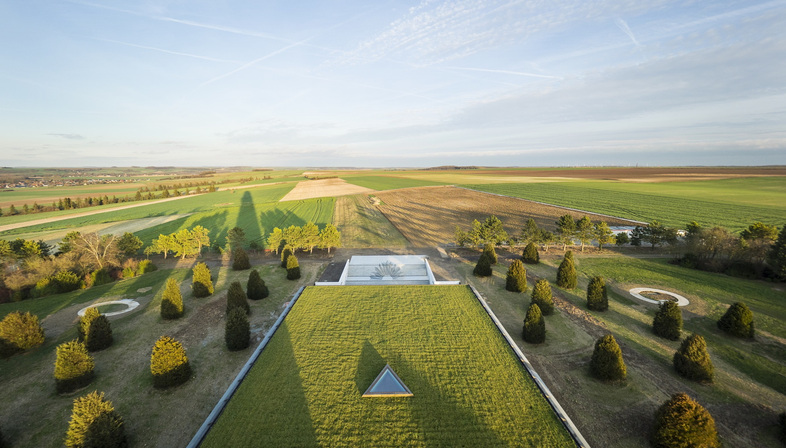 Located in the military cemetery of Villers-Bretonneux, in northern France, next to the Australian National Monument, the Sir John Monash Centre is a key site on the Australian Remembrance Trail connecting the battlefields on which Australians fought in the First World War. This route of memory along the Western Front was set up to represent the international heritage and mark the centennial of the involvement of ANZAC (Australian and New Zealand Army Corps) forces in the war of 2014-2018.
The architects of Australian studio Cox Architecture with Williams, Abrahams and Lampros, winners of the international contest, built the Sir John Monash Centre as a new kind of memorial.
The centre might be described as a "landscaping solution" with the building hidden from view under a meadow, which practically becomes the roof of the building. It looks almost like an “anti-building” with an abstract geometric connection to the Australian national monument beside it.
The design solution recreates the experience of descent into the trenches, as in the Great War, but followed by ascension towards the light. Visitors come out of the building through a sunken courtyard, climbing up into a space with a view over the landscape of the battlefield where Australian general Sir John Monash defeated the Germans, marking a turning point in the war.
In the foyer of the centre hangs the monumental tapestry Morning Star, designed by Australian artists Lyndell Brown and Charles Green and hand-woven by the Australian Tapestry Workshop. A key feature of the design of the space is a triangular opening or "oculus" in the green roof, visible from the top of the tower monument that already stood on the site.
The architects’ choices in the project have sustainable implications, because both the underground location and the roof covered with grass provide insulation while reducing temperature excursions. The heating and cooling system at Sir John Monash Centre, on the other hand, uses geothermal energy and helps reduce energy consumption and carbon emissions. To all this we may add the element visually dominating the entire complex: a circular structure of Australian timber from every state in the territory. A separate structure containing the immersive gallery is structurally and acoustically insulated from the rest of the building.
The innovative complex represents the experience of the Australian men and women on the Western Front through a series of interactive multimedia installations. The SJMC app, which visitors may download to a mobile device, acts as a "virtual guide" to the military cemetery of Villers-Bretonneux, the Australian National Monument and Sir John Monash Centre. Letters, diaries and full-scale images accompany visitors in a moving, intimate experience they will not soon forget.
The Sir John Monash Centre is the project that won the most prizes in the Australian Institute of Architects' 2021 International Chapter Awards, the International Chapter Named Award for Heritage and a Chapter Award for Public Architecture, one of Australia’s most prestigious acknowledgements for architecture, as well as the International Award, Cultural Project, Chicago Athenaeum 2019. 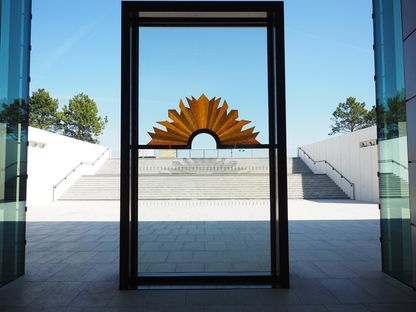 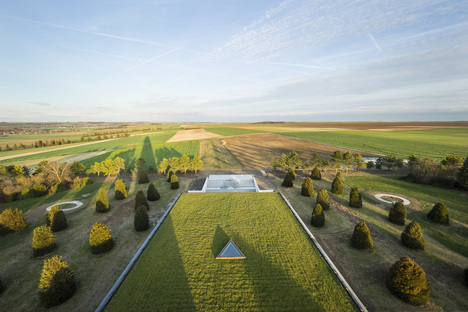 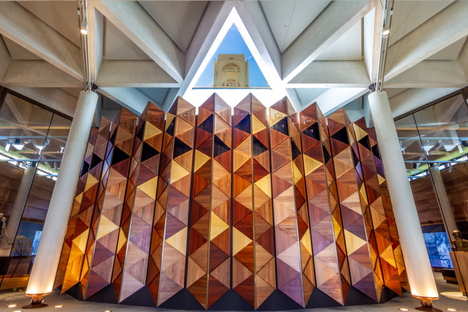 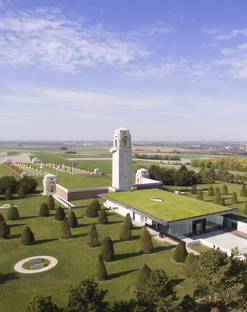 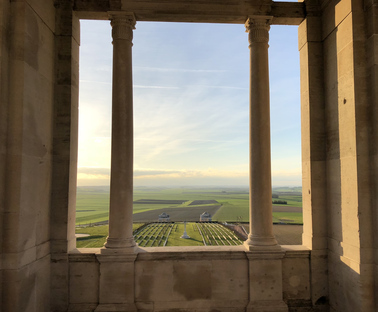 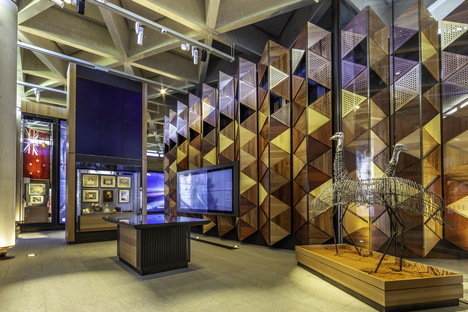