To mark the 75th anniversary of the liberation of German Nazi concentration and death camp Auschwitz, the international symbol of the Holocaust - or Shoah - a national artwork has been specially created for the occasion in the Netherlands: Levenslicht, by the artist Daan Roosegaarde. On the banks of the Maas River in Rotterdam, a new temporary memorial called LEVENSLICHT - light of life - consisting of 104,000 luminescent memorial stones to commemorate the Dutch Holocaust victims was inaugurated last Thursday in the runup to the 75th anniversary of the liberation of the German Nazi concentration camp Auschwitz.
The purpose of the light monument is to raise public awareness that Jews, Roma and Sinti lived throughout the Netherlands and that the people who were persecuted, deported and murdered during the Second World War were locals or neighbours. Studio Roosegaarde was commissioned by the National Committee 4 and 5 May to design the monument, consisting of 104,000 luminescent memorial stones to represent the 104,000 Dutch victims. In Rotterdam, the monument can be seen once in its totality on the banks of the Maas River, where the victims of Rotterdam were collected and deported at the time.
The LEVENSLICHT monument can be visited from January 22 to February 2 in 170 Dutch municipalities with a Holocaust past. Never before has Shoah been commemorated in so many different places at the same time. LEVENSLICHT complements existing commemorations in the context of 75 years of freedom from Nazi fascism.
In the words of Gerdi Verbeet, chair of the National Committee: “75 years of freedom cannot be celebrated without looking back at the most black page of the Second World War: the Holocaust. This unique project lets people in their own neighbourhood reflect on the horrors of the past, in a local and personal way. It is special to see how municipalities present and supplement this (artistic expression) in their own way, with a speaker or with reading names (of the victims).”
The artist Daan Roosegaarde said that in creating the artwork, he was inspired by the Jewish custom of placing stones on or near tombs to honour the dead. As he often does, the Dutch artist and inventor used invisible ultraviolet light for his artwork. The specially developed stones with fluorescent pigments can light up every few seconds, like a breath of light. LEVENSLICHT, the light of life, makes people aware of the consequences of the Holocaust in many Dutch municipalities because it clearly represents the gap left by the deportation and murder of friends, neighbours, compatriots purely and simply for who they were: Jews, Roma and Sinti. Indeed, the work created by Daan Roosegaarde, who was truly honoured to be chosen, “... is not a traditional static monument in which people are purely observers; it asks [sic] social participation.” This participation occurs when the luminescent stones are taken to the other locations, a deliberate act of great visual impact, as we can see from the photos taken during the inauguration in Rotterdam.
LEVENSLICHT provides a public place to commemorate and contemplate on the Holocaust and on the wider importance of freedom, with all the allure of light as a symbol of life and of hope.

Project: Studio Roosegaarde commissioned by the National Committee 4 and 5 May
https://www.4en5mei.nl/english/the_national_committee_for_4_and_5_may
Location: Rotterdam plus another 107 municipalities, the Netherlands
16 January to 2 February 2020
Images: Studio Roosegaarde 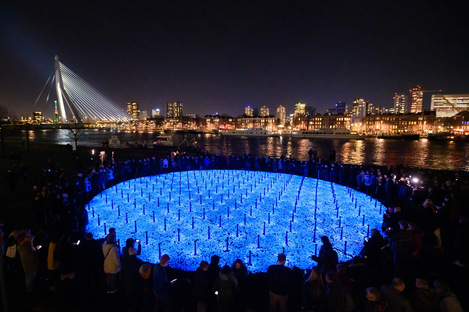 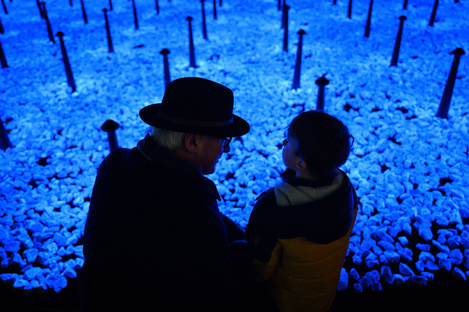 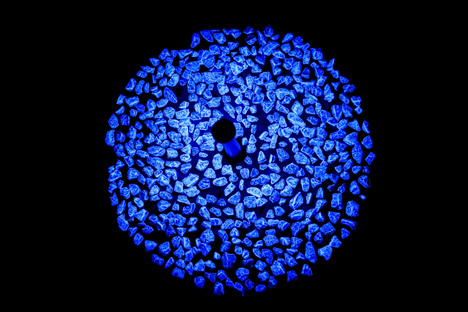 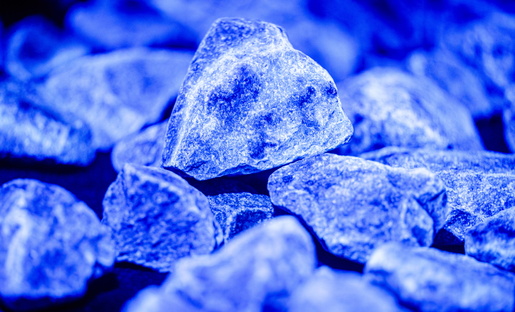 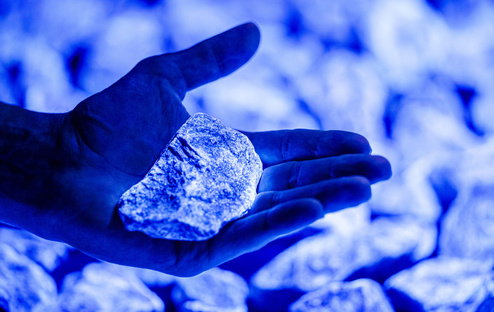 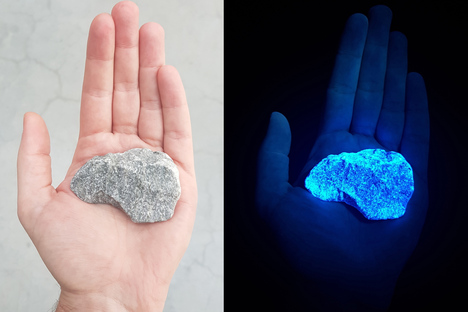 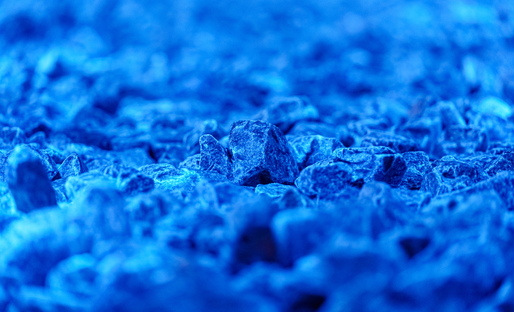 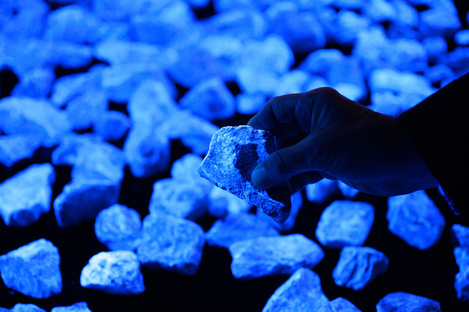 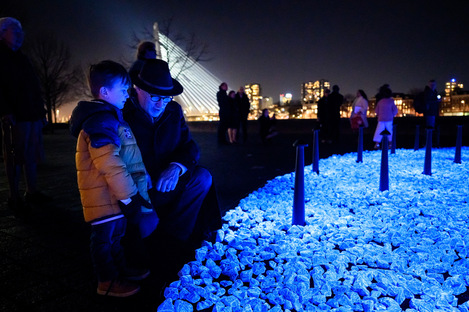