Reconstruction and restoration are the keywords of the work by Czech studio ATELIER 38 for a heritage-listed monumental complex: the neogothic castle of Hradec nad Moravicí located in the low mountain range of Nízký Jeseník, in the southern Silesia area. 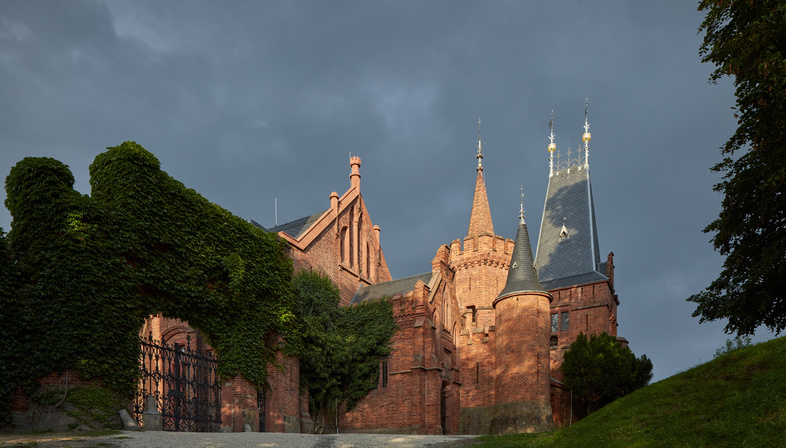 When we discuss reconstruction and restoration projects, we rarely refer to monumental complexes, and even less so to neo-gothic architecture. Today, we are doing just that with the work by multidisciplinary studio ATELIER 38 for the heritage-listed neo-gothic Hradec nad Moravicí castle complex, declared a National Cultural Monument in 2001. The complex encompasses Červený zámek (Red Castle) - the object of the makeover - Bílý zámek (White Castle), Bílá věž (White Tower) and a park. The complex - only 40 km from the present-day Polish border - dates back to the 1880s and Červený zámek was designed by Wrocław architect Alexis Langer who drew inspiration from North German gothic castles. The building in question – Red Castle - was used by the then Prince K.M. Lichnovský as stables for his English thoroughbreds and also boasted a carriage house, forge, other service rooms and cellars. It also included a residential tower with rooms for guests, a clock tower and the main entrance gate to the whole castle complex.
Over the years, from the advent of motorcars through the two world wars, the building was used as an army hospital and a hotel. In 1972, fire damaged part of the construction, which remained in disuse until 2015, when the Národní památkový ústav (National Heritage Institute) decided to restore not just the stables but the whole complex.
ATELIER 38 - headed by the architect Jan Zelinka and the engineer Luděk Valík - was commissioned for the restoration project.
In the first phase of reconstruction and restoration, which was completed in 2019, it was essential to secure structurally unstable masonry walls, vaults, balconies and roof trusses and to replace roof tiles and dormers on what remained of the building. The intention was to retain as much of the original masonry wall as possible so they stripped back the layers to get to the original construction, also because the castle’s red-faced brick facade with red sandstone inserts was decorated with handcrafted elements, such as coats of arms, engraved slabs, rosettes, statues and chimney stacks. The original stone miniature of the “Tower” was returned to the top of the gable of the Upper Stables. The vaulted space of the Lower Stables was restored to its original layout and monumental state. It is now used for exhibitions and concerts and also has a glyptotheque where the original statues and stone fragments from the roof and facade are stored.
The gable dormers were reconstructed to fit the 1950s scheme when the construction was used as a hotel, in order to suit today’s demand when it comes to accommodation. The slate tiles on the rooftop reference the material language of the past, while the courtyard was consolidated into a single area to provide a platform for cultural events. An interactive water feature improves the microclimate in this enjoyable space, particularly on hot summer days.
The work for Červený zámek by ATELIER 38 features historical restoration to ensure that the existing building can be used safely and to suit contemporary enjoyment, for a romantic escape from the frenzy of everyday life. And let's face it, romanticism is sometimes a good thing, in the face of all the much-vaunted minimalism around. 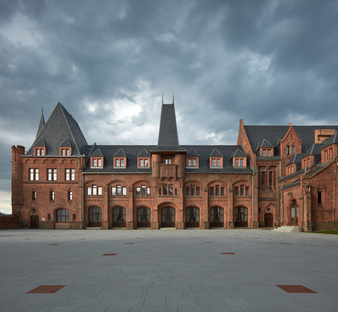 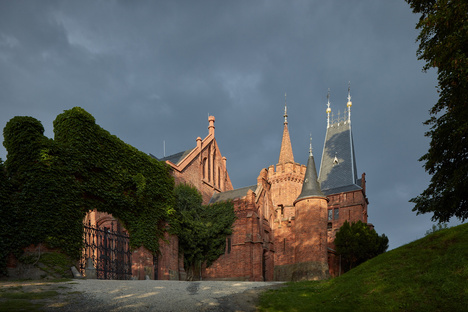 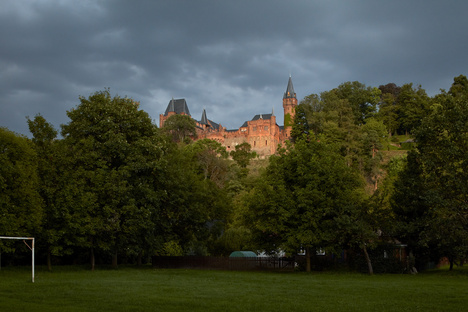 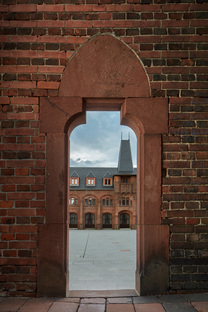 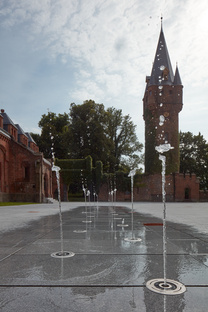 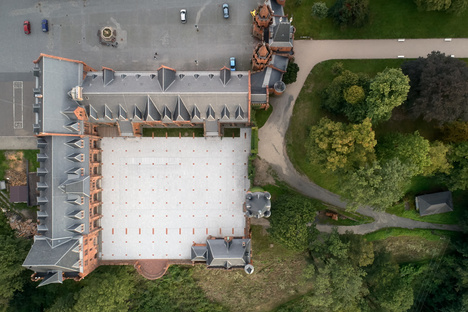 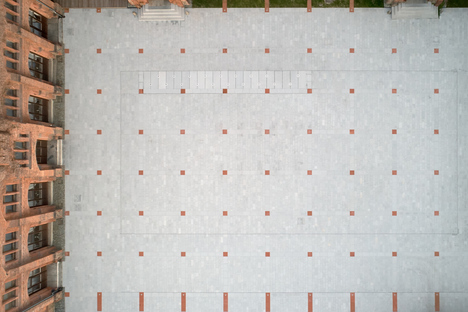 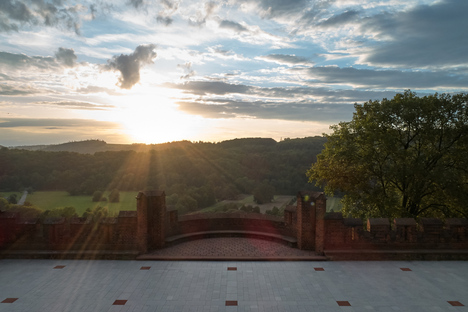 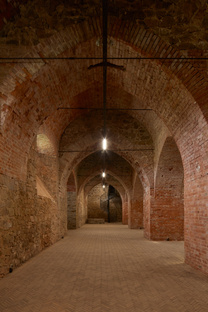 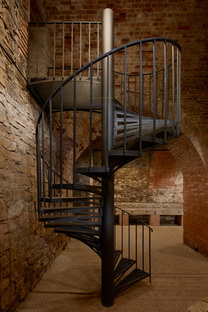 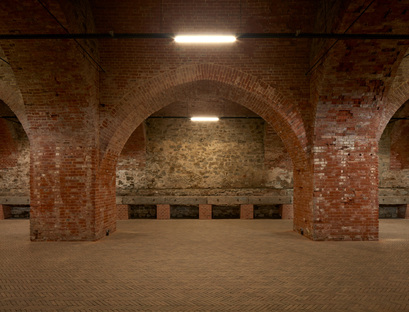 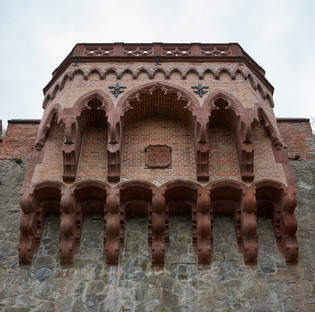 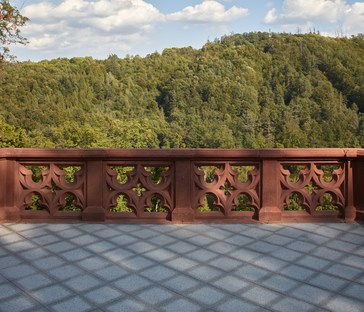 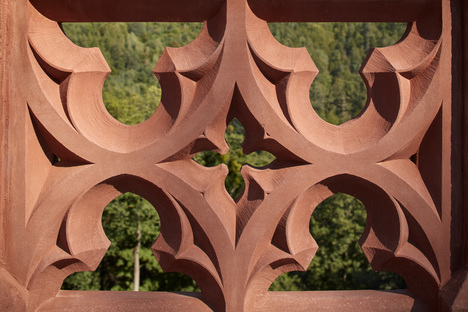