An exhibition that focuses on the architect Otto Apel and the ABB-Architekten studio he established in 1961. 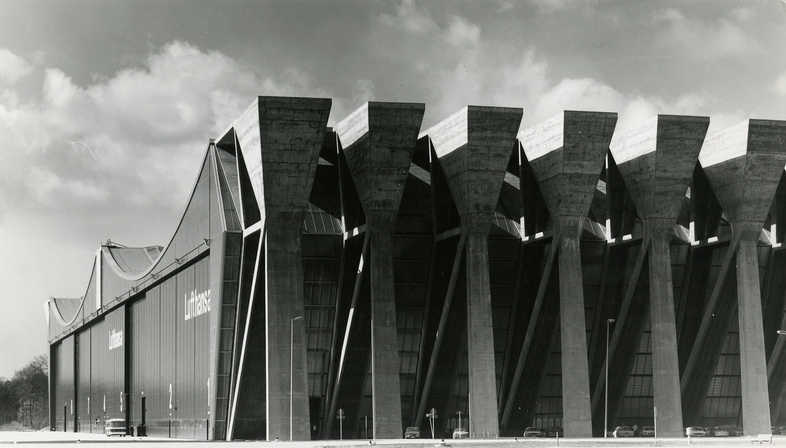 An exhibition that focuses on the architect Otto Apel and the ABB-Architekten studio he established in 1961. More than 40 buildings that still now define the city of Frankfurt. With “Stages, Banks, Hangars. Frankfurt Projects by Otto Apel/ABB”, Deutsches Architekturmuseum DAM explores an important episode in German post-war architecture.


The Frankfurt theatre, the German federal bank, the Hotel Intercontinental (Interconti), the Dresdner Bank and Deutsche Bank towers as well as the large Lufthansa hangar at Frankfurt airport are just some of the works designed by the architect Otto Apel and ABB studio that he established in 1961 with Hannsgeorg Beckert and Gilbert Becker in the city of Frankfurt am Main.   Buildings with an incredible visual power, belonging to the period of brutalism when bare concrete reigned supreme.
After the ABB studio closed early in the third millennium, its archives ended up at the DAM, which realised just how much architecture in Frankfurt had been designed by ABB. The modus operandi of Otto Apel and ABB reflects that of leading US firms. This is also because in the postwar period, after Apel graduated with Heinrich Tessenow, and during the war in the group of Albert Speer without being a member of the national socialist party, he was the lead architect of the company appointed to reconstruct Frankfurt, practically razed to the ground, and began working with US firm Skidmore, Owings and Merell (SOM), designers of the Amerika-Haus (now Cervantes institute) and the former United States consulate general.
The exhibition “Stages, Banks, Hangars. Frankfurt Projects by Otto Apel/ABB“ at the DAM includes more than 500 historical photos taken between the 1950s and the 1970s by the photographer Ulfert Beckert, brother of the architect Hannsgeorg Beckert. The shots are supplemented by modern photos by the artist Eike Laeuen. The end result is a visual narrative of past and present in an attempt to re-educate the general public about an architectural period that is so often rejected and that is now the object of more attention, particularly in Frankfurt, where the powers that be are deciding the fate of the municipal theatre designed by Apel and ABB - to refurbish or go down the easy road and demolish it.
Not surprisingly, the DAM is one of the promoters of the initiative called “SOS Brutalismus” - Save the concrete giants dedicated to protecting and saving the architectural heritage of our near past, some brilliant examples of which are showcased in Frankfurt. 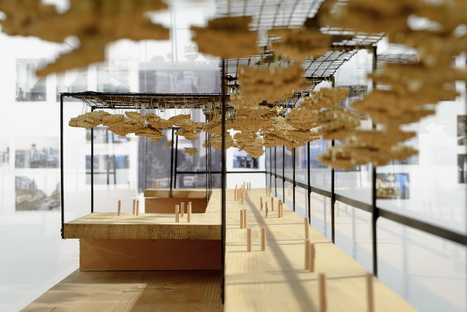 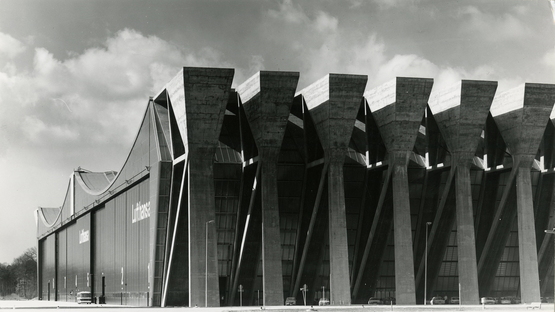 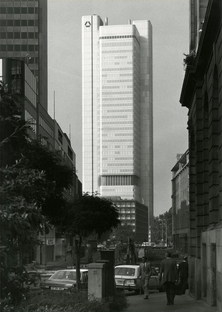 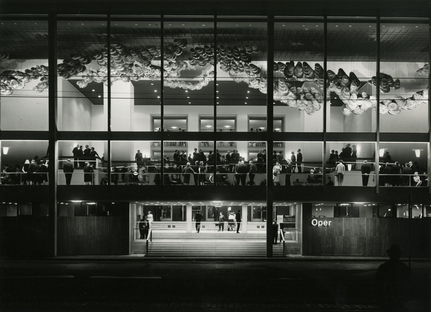 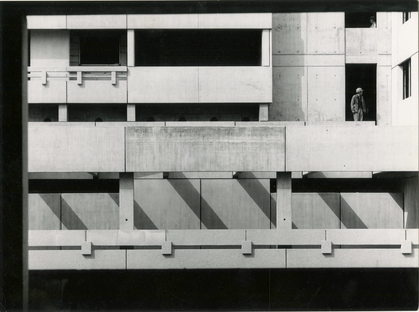 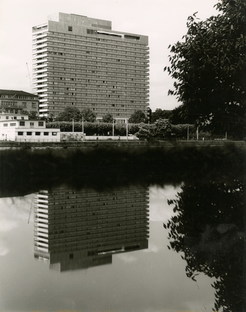 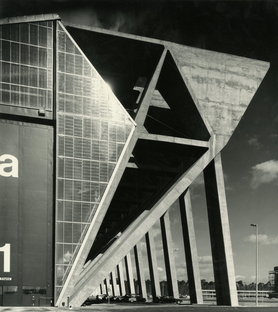 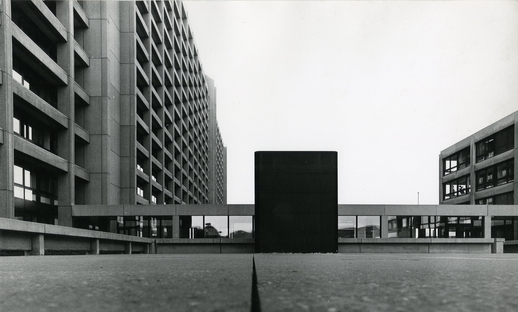 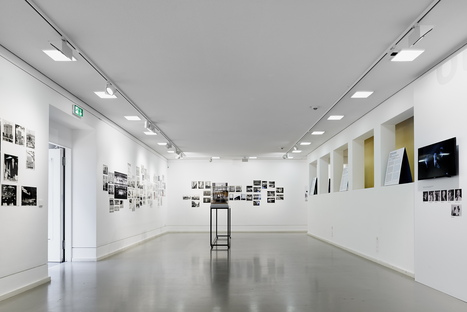