With the exhibition titled ‘The Playground Project. Architecture for Children’, the Deutsches Architekturmuseum (DAM) in Frankfurt explores the history of playgrounds, small but important elements in cities where we can observe significant social changes. 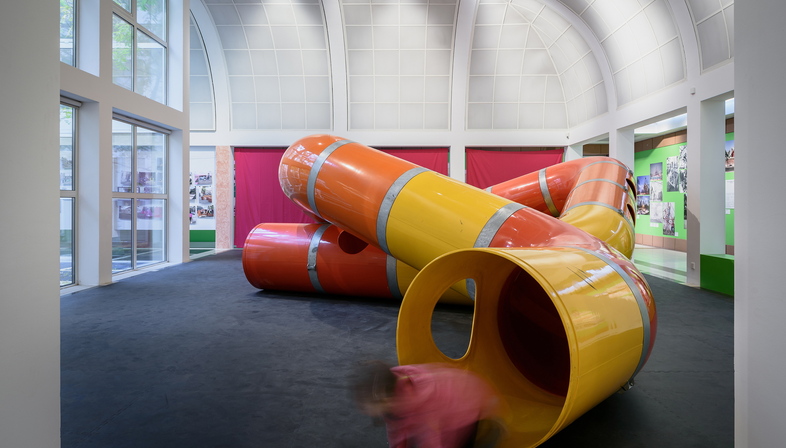 We all know what a playground is but not many of us are aware of the eventful history behind them as a symbol of ideas on education and early childhood, on the importance of creativity and control, and on the role played by architecture, the public space and art.
For this reason, THE PLAYGROUND PROJECT at the DAM delves into the history of playgrounds. Between 1950 and 1980 the playground was a creative laboratory. In the cities of industrialised nations, innovative, insane and exciting projects emerged: landscape architects, artists, activists and citizens wanted to give children the best place for play and try out a new approach to community and city at the same time. Starting with the pioneers of new playground concepts in the first half of the 20th century, The Playground Project brings the wealth of this period to life — with images, models, plans, books and numerous films, but also with playground projects for kids - young and old alike - to climb over, slide down and hide inside.
The exhibition focuses on the four culminating moments in the history of the playground, from its beginnings at the end of the 19th century, when social reformers took children off the streets of industrial cities and gave them separate, sheltered places where they installed steel pipes and wooden gymnastic equipment. Then, as child psychology began to spread in the 20th century, the need for creativity gained ground. The concept also depended on the connection with urban planning, particularly in Scandinavian countries and the Netherlands. The first adventure theme park was created in Denmark in 1943, and in 1949 the first abstract play sculpture was set up in a public park in Stockholm; in Holland, the young Aldo van Eyck reinvented the playground: architects, landscapers, artists and activists discovered the playground as a workshop. Then came the post-war period, the protest movements in the late 1960s, where citizens’ groups interfered in urban planning and playgrounds, which ended up taking on a political dimension. New, self-organised children’s play areas were created, particularly in Germany.
With the 1980s and decline in social and political utopias, playgrounds also lost their significance and fascination; children were increasingly seen as consumers, early childhood was regulated by sports and other institutional learning activities and playgrounds became standardised and controlled. These standards also put a damper on the creative freedom of the designers and at the same time, there was a growth of so-called natural playgrounds.
Now, after years of stagnation, something is moving again, as we can also see on Floornature, with young architects like 100architect (link) leading the way. Free from the shackles of any ideology, they bring pragmatic solutions to the table and seek answers to questions about placemaking, and creating community in increasingly densely-populated cities thanks to these playgrounds.
The exhibition also showcases the different types of playgrounds, with plenty of possibility for visitors - young and old - to discover the playgrounds of the past and to image the playgrounds of the future.
The Playground Project was curated by Gabriela Burkhalter for the Kunsthalle Zürich and was updated and supplemented for the Deutsches Architekturmuseum.

Exhibition: The Playground Project. Architecture for Children
9 November 2019 to 21 June 2020
curated by Gabriela Burkhalter for the Kunsthalle Zürich and was updated and supplemented for the Deutsches Architekturmuseum.
DAM, Frankfurt, Germany
Find out more: https://dam-online.de/
Images: Moritz Bernoully 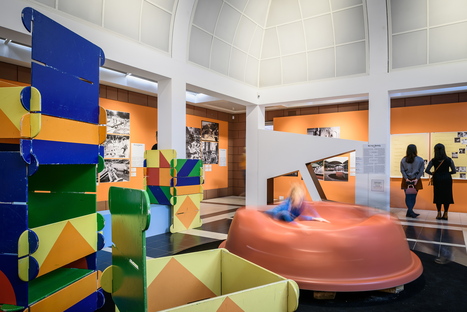 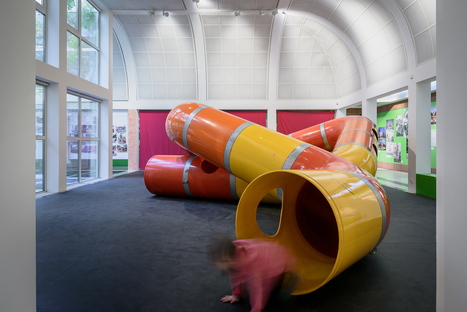 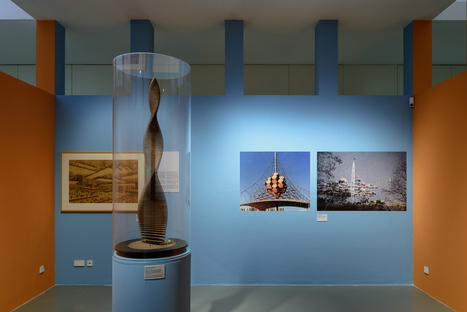 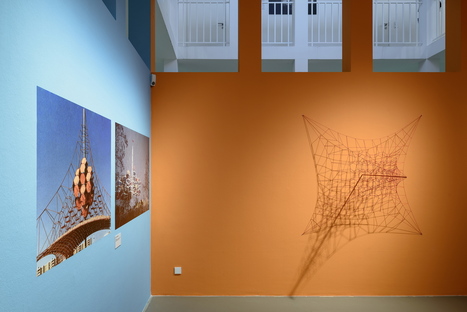 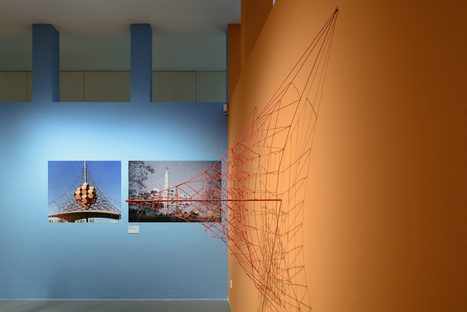 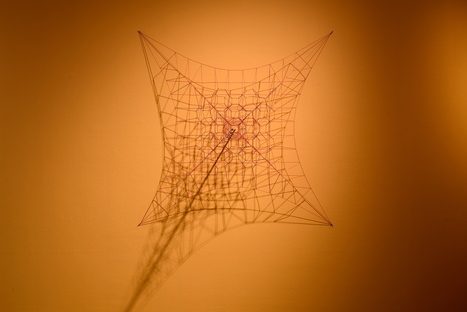 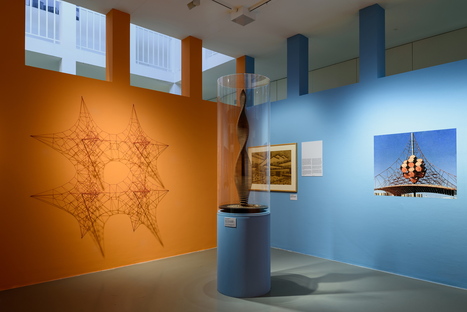 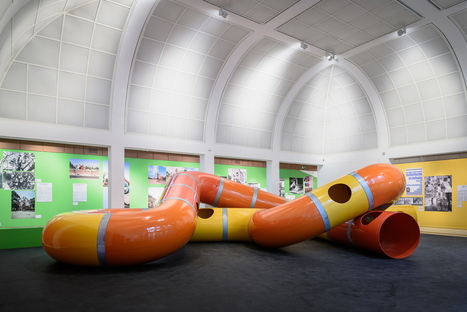 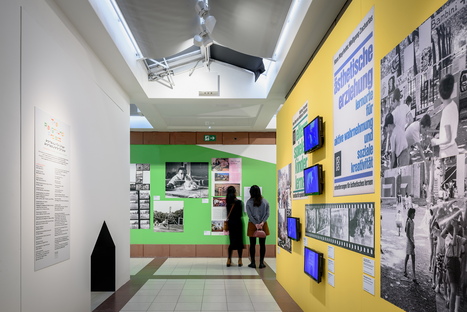 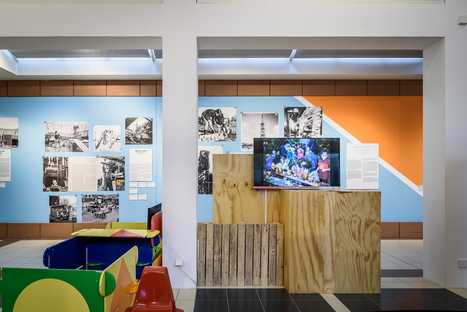 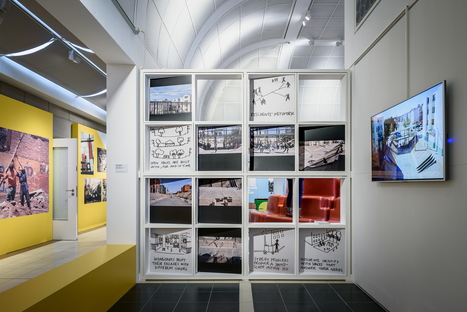 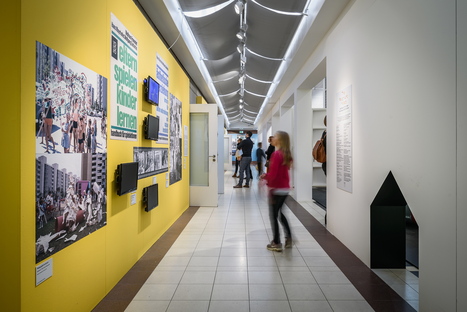