This year marks the tenth anniversary of Luminothérapie, the winter event that animates the city of Montreal, Canada with light installations, presented by the Quartier des Spectacles partnership. The interactive installation on the theme of celebration: POP! by Montreal-based creative studio, Gentilhomme can be visited until 26 January 2020. 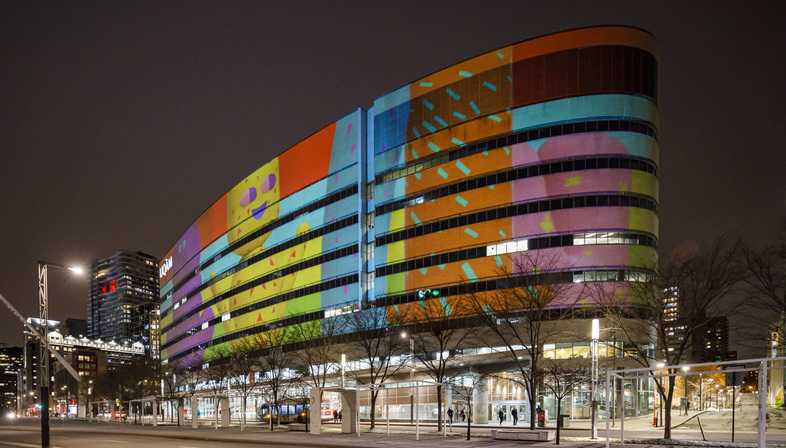 We all know how much light - or lack of it - can affect our physical and psychological wellbeing. William Shakespeare wrote “A sad tale's best for winter...” but he certainly wasn’t the first person to comprehend the power of light on our mood. Already 2000 years ago, Hippocrates, the father of modern medicine, recognised that the absence of light, particularly in winter, can cause illnesses. Since then, scientists have widely studied the impact of light on our mood.
Which is why we mustn’t underestimate the importance of Christmas lights that bring light to the long, dark nights or in general any light installation in winter, including the Luminothérapie initiative, Quebec’s largest competition for temporary public art installations. Over the last 10 years, it has presented spectacular and original interactive experiences in the Quartier des Spectacles district, with a large-scale installation in Place des Festivals accompanied by an architectural projection. It has turned into a must-visit winter event for visitors to Montreal’s Quartier des Spectacles and we’ve often talked about it  (link).
The Quartier des Spectacles is Montreal’s cultural heart, boasting North America’s greatest concentration and variety of cultural venues. The district is the year-round host to countless festivals and events, many of which include free outdoor shows and activities. The Quartier des Spectacles Partnership, founded in 2003 with the support of the City of Montreal is a non-profit organization with more than 80 members active in the district. In 2016, the Partnership won a certificate of merit at the National Urban Design Awards presented by the Royal Architectural Institute of Canada.
Luminothérapie aims at stimulating creativity in the disciplines of urban art installations and digital art. Over the years, it has been a springboard for numerous Canadian artists. The creative use of light makes the experiences immersive, participatory or meditative, as part of a larger goal of encouraging the public to embrace the public spaces of the Quartier des Spectacles and giving it a significant luminous stimulus.
This year the installation was created by the local artists from Gentilhomme. POP! consists of five monoliths that conceal fantastical creatures who love to party. With the encouragement, calls and chanting of the public, each monolith gradually lights up until it opens, freeing a creature who puts on a show. Just to the north of the plaza, an architectural projection on UQAM’s Pavillon Président-Kennedy features all five POP! creatures.
Gentilhomme signature approach is to be funny and irreverent but the simple, playful installation has subtle depth, with several tributes to popular culture and winter folklore. As we said above, over the centuries, people have found comfort, hope and joy in gathering together and partying to get through the cold, dark winter and that’s exactly what POP! is all about. 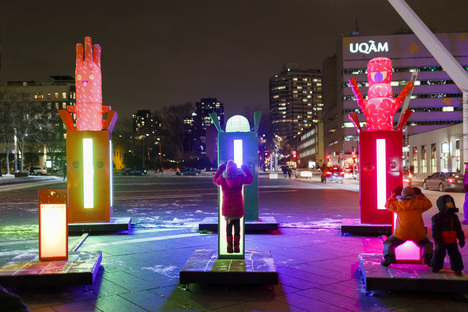 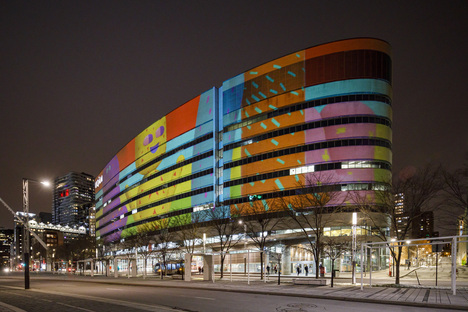 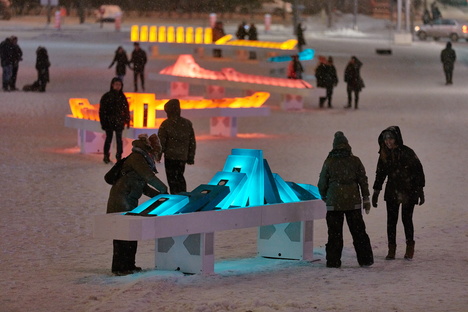 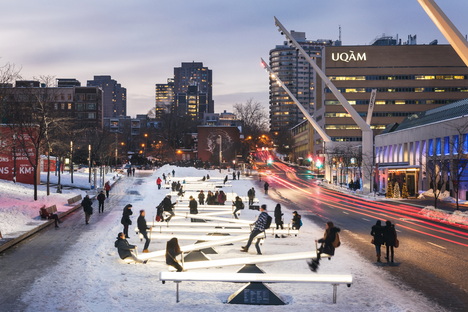 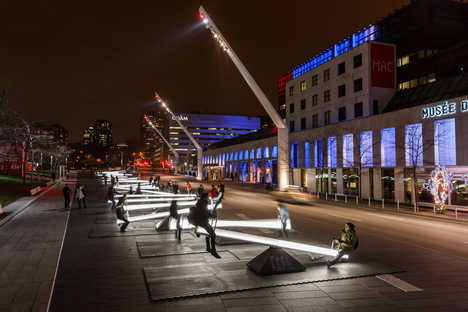 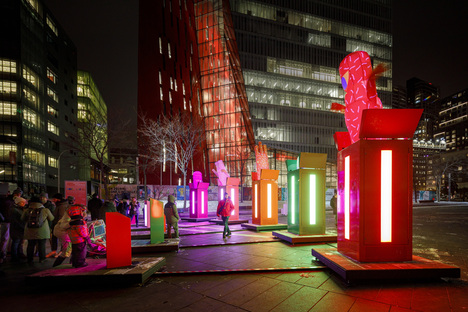 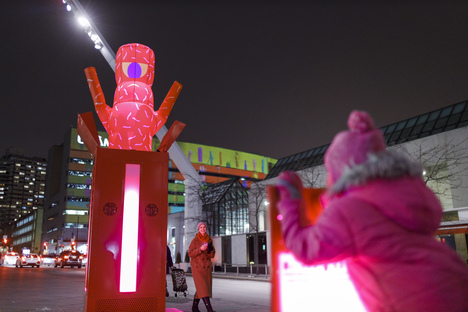 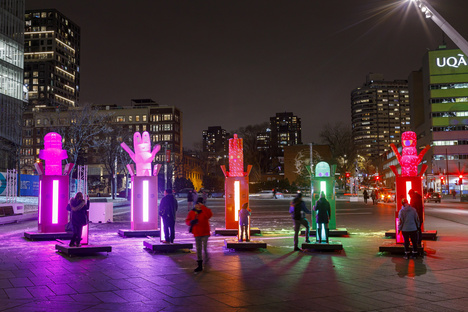