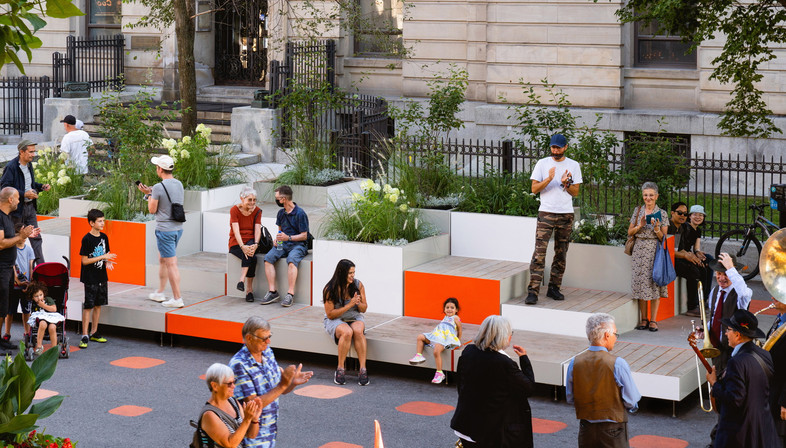 How do we successfully activate urban space? There are various ways, including the so-called tactical urbanism approach. The process may involve unregulated low-level actions or actions adopted by local administrations, but also middle-level actions, where those that see the involvement of citizens tend to be the most successful. The fact is that tactical urbanism makes it possible to carry out projects that initially modify the urban context only temporarily, showing the potential for change and the advantages for the community, which can thus experiment with new forms of living the city.
Agora Maximus is an installation that rightfully falls within the spectrum of this concept. An innovative pedestrianisation project that pushes the boundaries of tactical urbanism, proposing a modular installation designed to last. In fact, with its green spaces, it has been integrated in Montreal's famous Quartier Latin. The local administration entrusted the intervention to a very innovative design team. On the one hand, the Canadian LAAB studio, founded in 2020 by architect and creative thinker Michel Lauzon, who is intent on anticipating clients’ strategic imperatives and empowering them with enhanced value proposals for users, the community and their own organisations. On the other hand, Signature Design Communication (SDC), a multidisciplinary agency that has been making a name for itself on the local design scene for over 25 years, driven by the shared mission to create living spaces.
The result is an engaging and vibrant temporary streetscape installation, which confirms the legacy of Montreal's Quartier Latin as the founding place of the city's French institutions, as well as showcasing its vibrant festive culture and joie de vivre", as the team writes in a press note.
The Agora Maximus presents itself as an inclusive urban form that celebrates the seasonal pedestrianisation of Montreal's Rue Saint-Denis, a process that began this year in front of the historic St-Sulpice library and that will subsequently be developed along the whole street in 2023 and 2024. In practice, LAAB and SDC have proposed modular panoramic platforms and vantage points. The platforms offer pedestrians open and accessible spaces to socialise and take in the urban landscape. Their stepped profile evokes the main staircases of the cultural institutions of the Quartier Latin, thus becoming informal stands proposed as coloured "pixels" filled with greenery to enhance the tree coverage of Rue St-Denis. The team also uses colour to connote the various functions: grey is used to integrate into the historic context, white to evoke modernity and orange, instead, offers a playful nod to the signage used for road works.
Agora Maximus incorporates two direct references to Latin culture: the Agorà, a place of civic meetings, and the Circus Maximus, an amphitheatre for live entertainment. Thus, as the creative team explains, the project "pays homage to festivals, circuses, and experimental arts by transforming the urban space into a linear stage, with striking pixelated pop-up seating arrangements placed at intervals along the street.".
The results were not long in coming, with citizens enthusiastic about having a new shared place, a colourful and green oasis in full harmony with the lively and festive character of Montreal’s Quartier Latin, as an excellent example of tactical urbanism that seamlessly combines environmental and social sustainability. 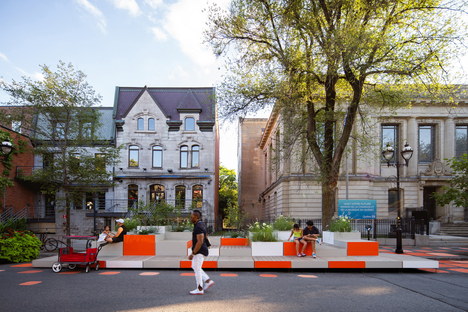 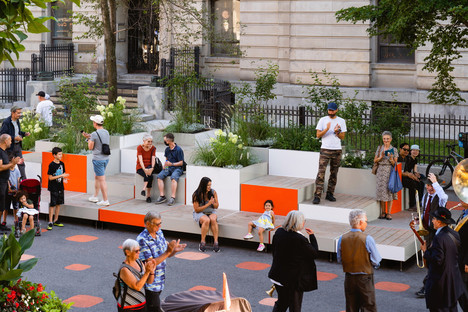 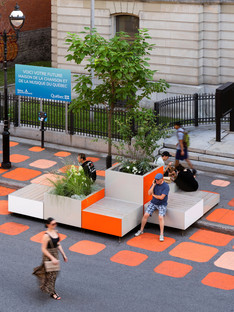 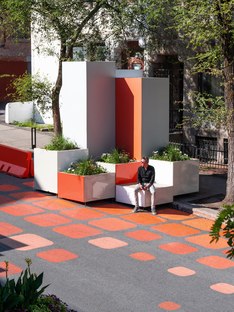 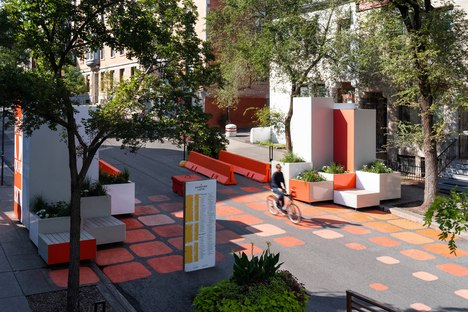 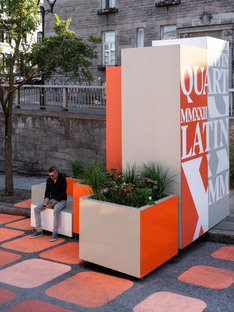 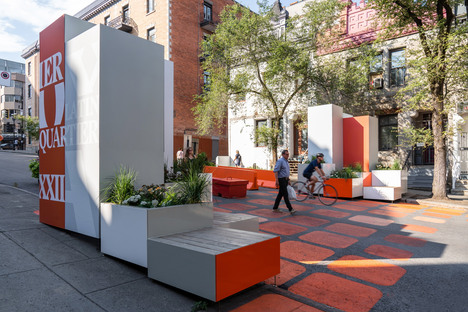 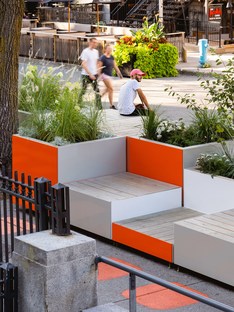 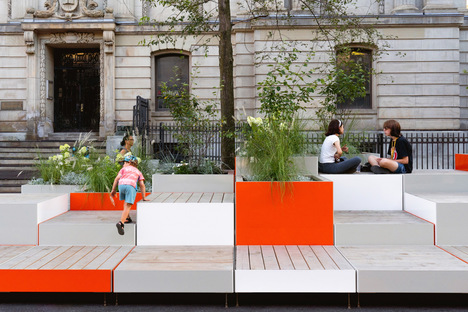 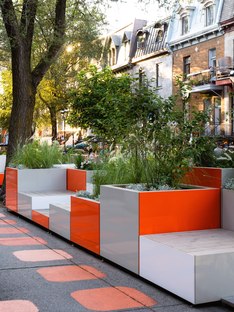 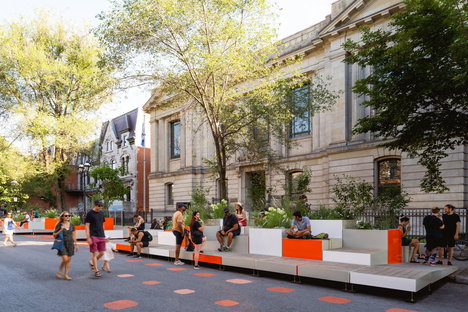 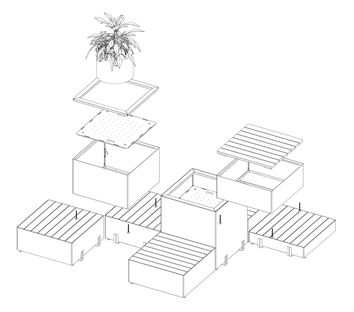