With Moving Dunes, the Canadian studio NÓS has designed an urban project in the centre of Montreal based on the concept of anamorphosis. This method revolves around a distorted projection requiring the viewer to occupy a specific vantage point, use special devices or both to view a recognizable image and here it animated their installation that they propose as an experiential mirage. 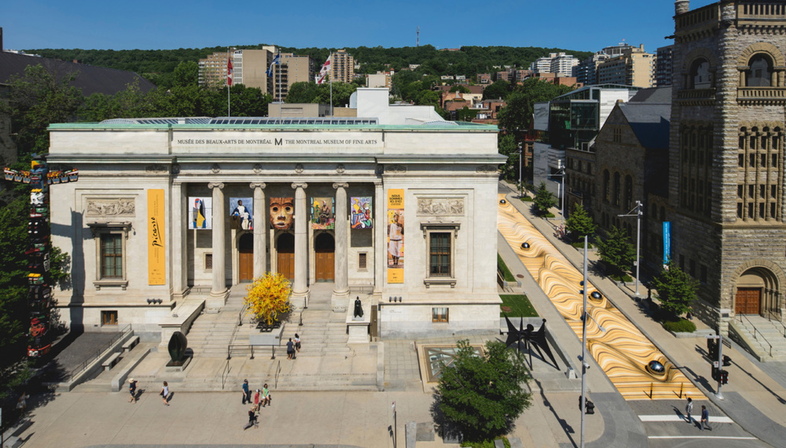 We all know how easy it is to deceive the human eye, and it is no coincidence that we talk about “fake images” and the need for “visual literacy” to distinguish reality from fiction. In the case of Moving Dunes, instead, it is an optical illusion turned into an urban installation. The project by Montreal-based studio NÓS, founded by Gil Hardy and Charles Laurence Proulx in 2016, has come about as an extension of the exhibition From Africa to the Americas: Face-to-face Picasso, Past and Present, at the Montreal Museum of Fine Arts (MMFA). The Montreal Museum of Fine Arts, in French Musée des beaux-arts de Montréal (MBAM) is the largest art museum in Canada by gallery space. The museum is located on the historic Golden Square Mile stretch of Sherbrooke Street.
In response to the artworks on display in the museum and to tantalize passers-by, the NÓS design team has created a project based on the plastic approach of Cubist painters, in turn, inspired by African art, which questions the role of perspective in visual representation. Anamorphosis, where a subject is distorted until the viewer occupies a specific vantage point, is one of the methods used by NÓS creatives. Moving Dunes used this process to playfully introduce the essence of this technique to the public where the optical illusion, especially on a large scale, i.e. in an urban space, creates surprising effects, as our readers have already been able to admire in the past, for example, thanks to the proposals of the Spanish collective Boa Mistura (link).
While the Spanish creatives typically work on the walls of the urban fabric, the Canadians from NÓS focused on the road surfaces, in line with the client request to develop an art concept concerning the theme of the exhibition, activating a pedestrian public area that would enable emergency vehicles to pass, and creating a high-impact media experience on a tight budget.
The patterns painted onto the street in colours ranging from white to ochre to dark brown generate, at least to our eyes, large ripples that echo the features of a body or a face. Reflective spheres and geometric shapes amplify the visual impact so that these elements reflect the various pavilions forming the Montreal Museum of Fine Arts, all unique in terms of architecture and history. Moving Dunes is a mirage in the heart of the historic centre of Montreal. As the viewer moves, the street transforms, shapes are reversed, the ground comes alive and destabilizes. Walking along this urban stretch becomes an experience that reawakens our senses and our curiosity about the urban fabric. NÓS uses simple resources, managing to animate the pedestrian area of avenue Du Musée, which has become a must for citizens and tourists for some time. 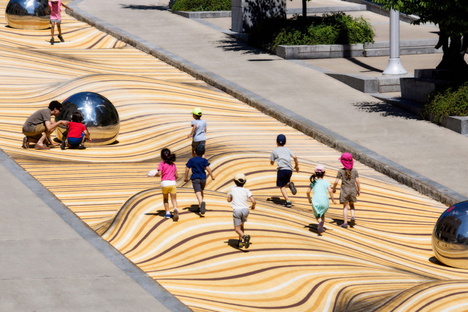 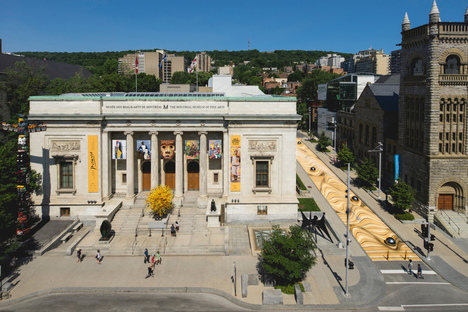 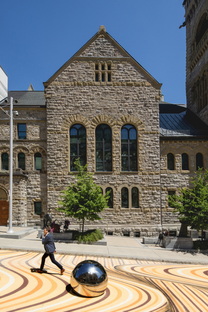 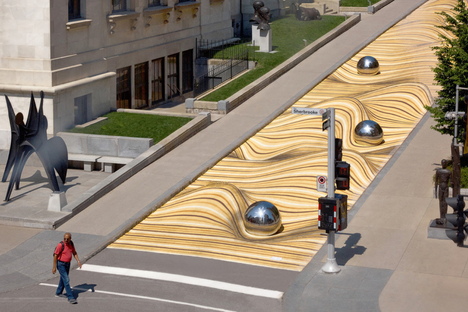 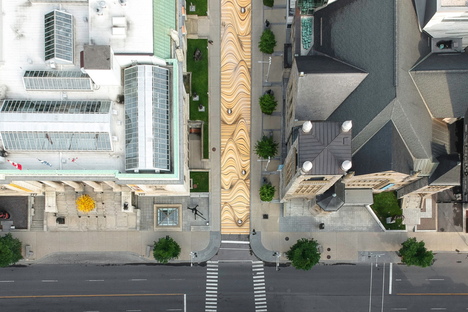 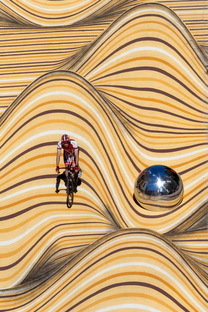 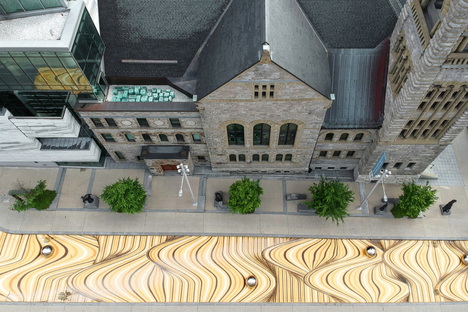 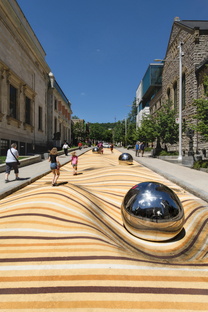 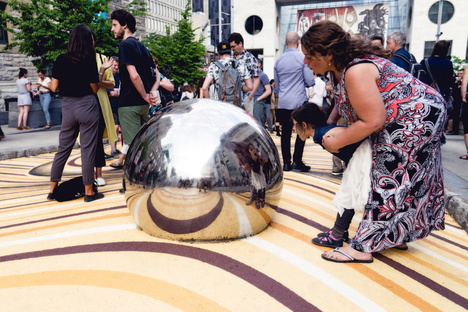 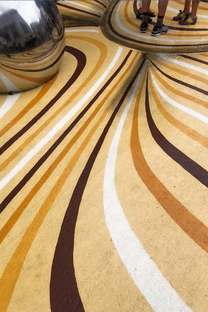 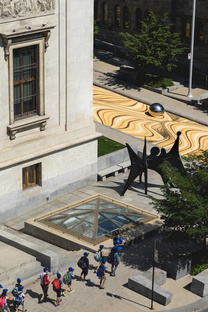 18 Shades of Gay by Claude Cormier, 2020 RAIC Award of Excellence