The architects of studio 3LHD have designed a new interior for L restaurant in the Hotel Lone in Rovinj, transforming the kitchen into a show cooking space. 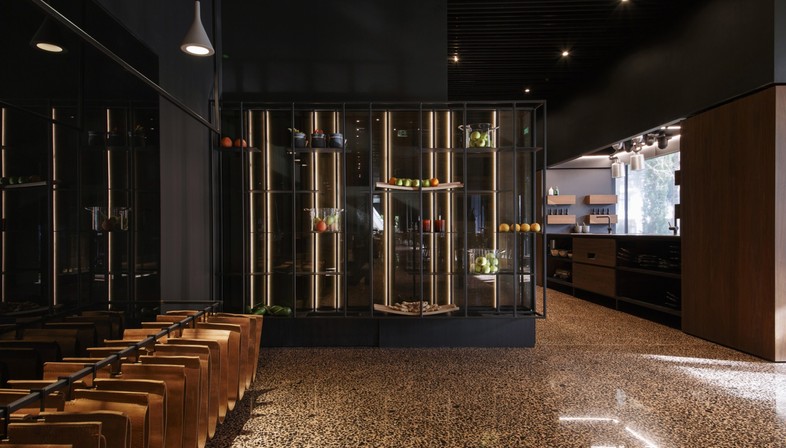 L restaurant at the Hotel Lone in Rovinj is a new interior design by the architects of 3LHD, the studio that designed the Hotel Lone as a whole in 2011 and completed it with outdoor facilities (swimming pools and restaurant) in 2014. 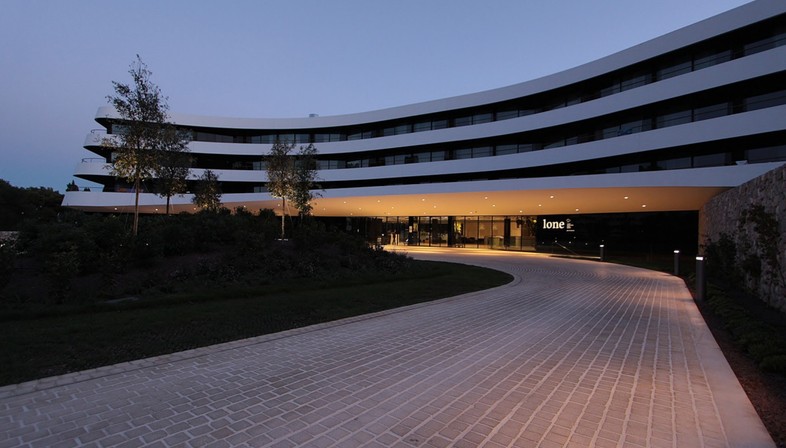 The architects of 3LHD talked about Hotel Lone in an interview with Floornature a few years ago, presenting it as Croatia’s first design hotel. The hotel was built with contributions from world-renowned Croatian designers and artists, making the project a celebration of Croatian creativity. The hotel’s architecture, interiors, furnishings, even the fabrics and staff uniforms, were specially designed by a team including not only the architects of 3LHD and several artists, but Studio92 for the wellness centre, Studio Kappo for the landscape design, and the Bruketa & Žinić OM agency for the concept and overall coordination of the hotel’s visual identity. 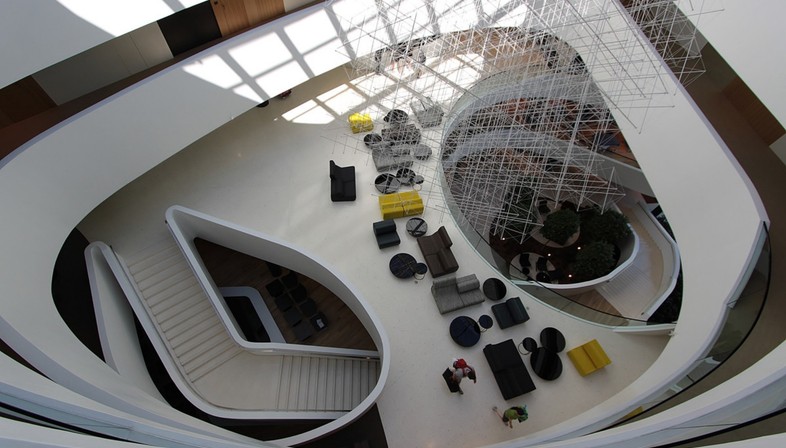 The hotel is located in one of Croatia’s most attractive areas for tourists, in the natural bay of Punta Corrente, also known as Golden Cape or Zlatni Rt forest park, close to Rovinj. The unusual natural setting, the area’s geology and the importance of the site determined the hotel’s Y-shaped layout. This choice allows all the hotel rooms to enjoy beautiful views of the panorama while concentrating all accessory functions in a single central volume. The composition hinges around a full-height foyer where all paths converge and common areas connect, along with all the functions and services necessary for proper management and use of the hotel. 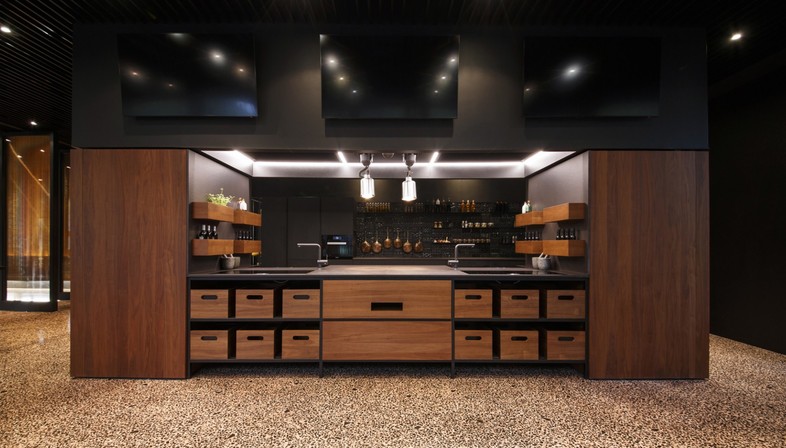 The hotel offers not only rooms and suites of various different sizes and types but a conference centre, a wellness centre, a jazz club, two bars and three restaurants, L, ON and E. The interior of a part of L restaurant was recently designed by 3LHD. The transformation was required to adapt the space to the clients’ new functional requirements.
The ground-floor restaurant overlooks the lawns around the outdoor swimming pools. The new area, renamed ResoLution Signature Restaurant, is separated from the rest of the restaurant by glazed panels which can take on different positions and permit various degrees of separation between the two spaces.
The new configuration has transformed the restaurant’s kitchen to host show cooking performances by prominent chefs, cooking courses and team building activities linked with cooking. The architects preserve a style consistent with the hotel’s visual identity, choosing materials such as solid wood and solutions that make the interior recognisably a part of the Hotel Lone as a whole, while at the same time introducing architectural solutions and elements that allow the space to be interpreted as new and independent. The trellised ceiling, for example, is a prelude to outdoor areas such as the patio and the nearby pools.

Inside the ResoLution Signature Restaurant, the food preparation area is the central heart of the space and, of course, of the project. It is organised with four professional workstations in full view of diners seated at the modular tables around the central island.
The colours of the solid wood and black and carefully studied lighting of the entire area help create a cosy home-like atmosphere despite the presence of a modern kitchen equipped with cutting-edge professional equipment. 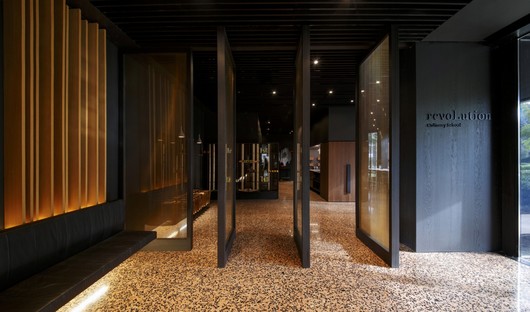 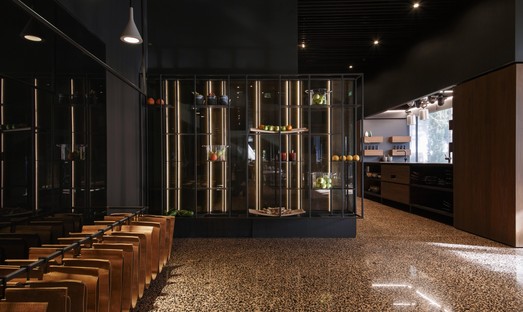 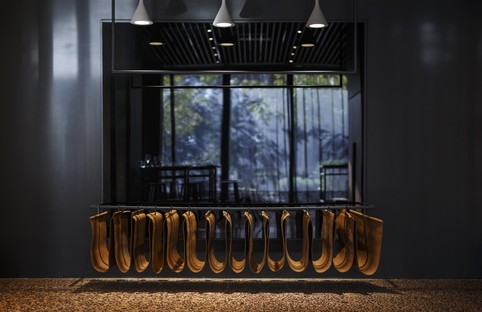 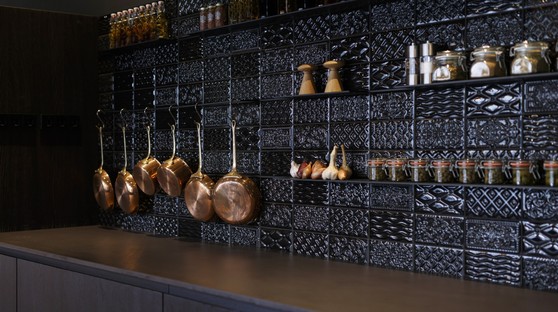 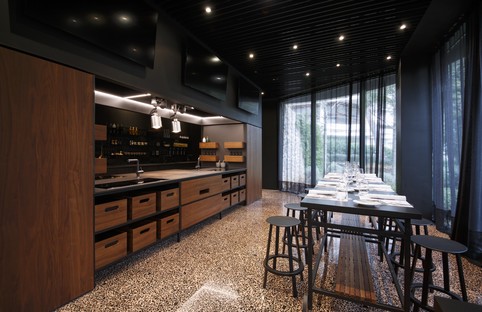 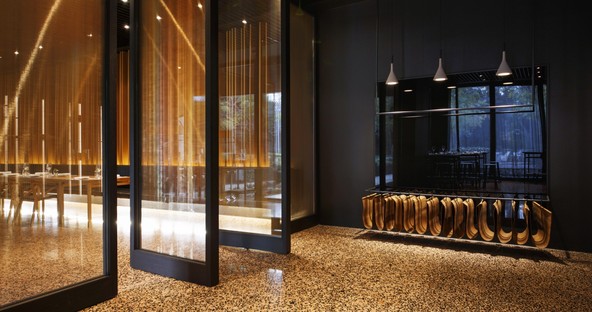 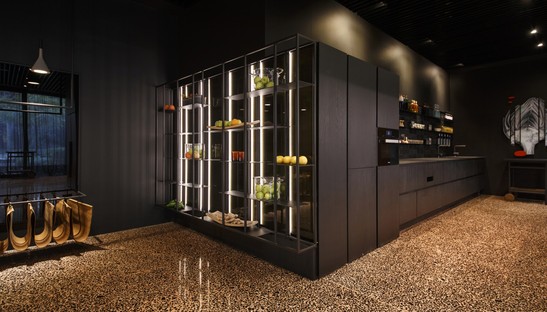 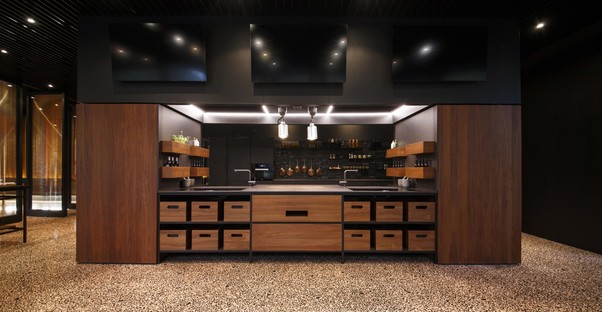 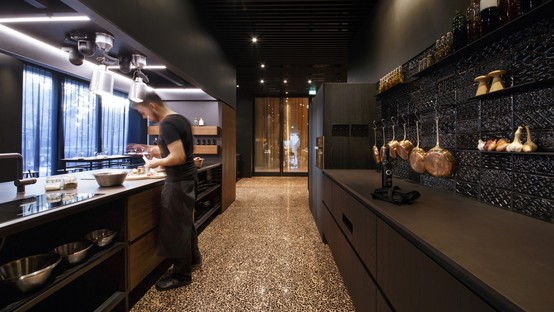 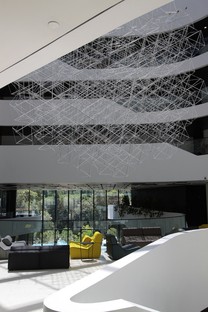 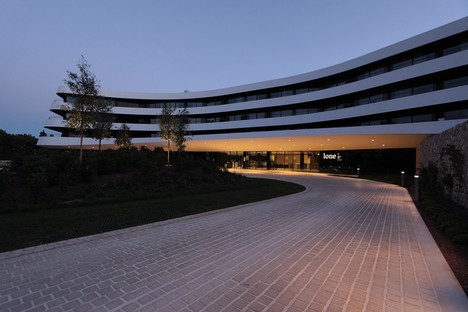 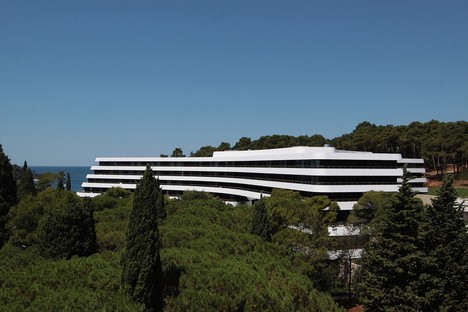 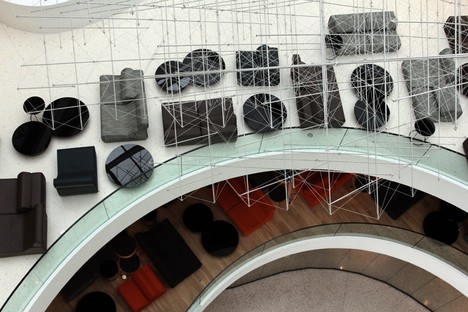 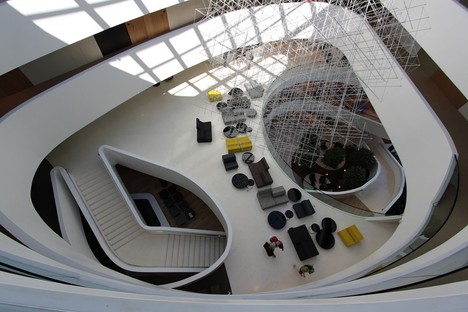