Lissoni Casal Ribeiro is responsible for the interior design of the Grand Park Hotel in Rovinj, Croatia, a Maistra Collection hotel in a splendid panoramic position overlooking the Mediterranean Sea and the historic centre of the Croatian town, with architecture by 3LHD. 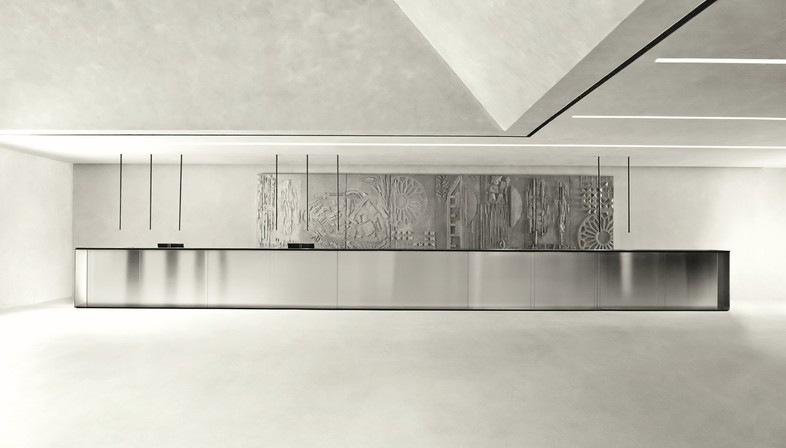 The Grand Park Hotel stands in panoramic position overlooking the Mediterranean Sea and the historic centre of the Croatian town of Rovinj. The architectural design of this Maistra Collection hotel is by 3LHD, an architectural practice based in Zagreb, with interior design by Lissoni Casal Ribeiro of Milan.
Surrounded by pine trees, the Grand Park Hotel Rovinj has six floors, all set in the hills of the Monte Mulini area close to the town’s waterfront and beaches. It is a leisure hotel intended primarily for tourists seeking contact with nature and leisure activities, and includes, in addition to reception areas (2), rooms (193) and suites (16), two restaurants, a pool bar, a 3800 square metre spa, a lobby bar, three swimming pools (two outdoors and one indoors) and a congress area. Lissoni Casal Ribeiro came up with the interior design of the rooms and all the common areas, including the public outdoor spaces on the waterfront linking the Grand Park Hotel with the historic centre of Rovinj.
At the heart of the project is a big hall which also provides access to a restaurant on two levels and a panoramic terrace with a view over the city. Its relationship with its surroundings, both the natural setting of the luxuriant pine grove and the sea and the panoramic view over Rovinj, St. Euphemia and the island of St. Catherine, provides the key to the architecture and interior design.
Architect Piero Lissoni cites the hotel’s location as a major source of inspiration for the interior design. The town of Rovinj, with its small size and long history as a melting-pot of cultures and peoples, the constant presence of the sea and the colours of the Mediterranean dictated the colour palettes used in various parts of the hotel. Piero Lissoni’s own experience in Rovinj also inspires the concept behind the art project in the hotel, for Lissoni Casal Ribeiro also took care of this aspect of the project, commissioning seven different artists to produce the artworks in the common areas and hotel rooms, where they interact with the design of the interiors. The artists were asked to produce works inspired by the hotel’s setting and the local area, inspired by their own personal experience after spending time there. The artists expressed their own vision using their preferred media and techniques, so that, for example, Veronica Gaido took the photographs exhibited in all the hotel rooms, while Roberta Patalani created an enormous bas-relief, a site-specific installation which becomes the backdrop for the reception desk in the Promenade Lobby, and Croatian artists Klara Rusan, Danjiel Srdarev, Marco Tadik, Hana Tintor and Predrag Todorović created visionary illustrations, each in his or her own style. The colours selected for the interiors, including various shades of blue, from midnight blue to white as well as earthy hues of burgundy and khaki, were also used in the hotel staff’s outfits, designed by the Lissoni Graphx division of Lissoni Casal Ribeiro in partnership with stylist Carlos Baker. 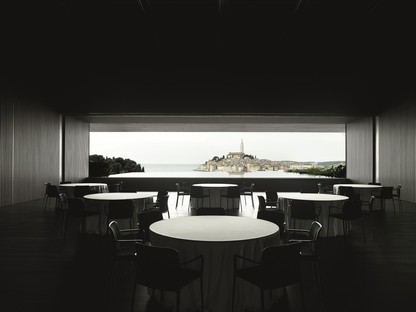 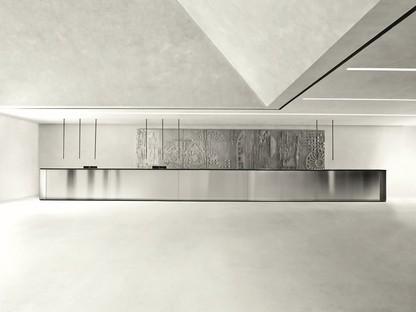 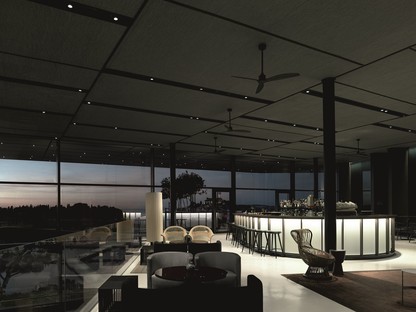 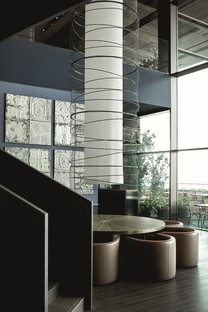 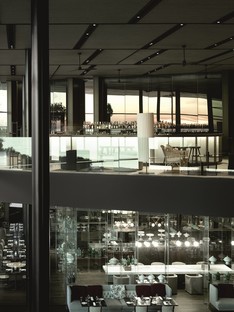 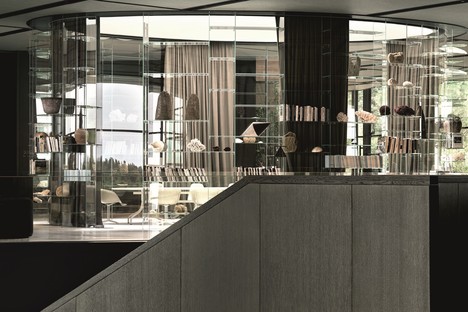 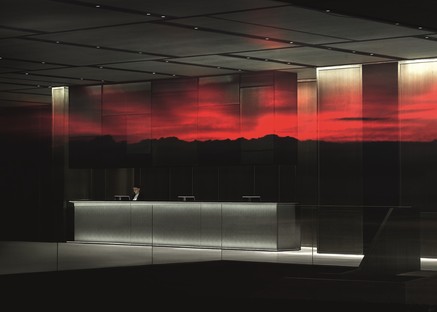 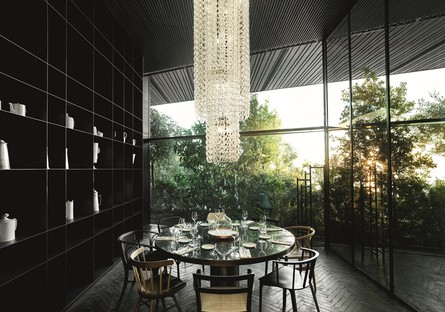 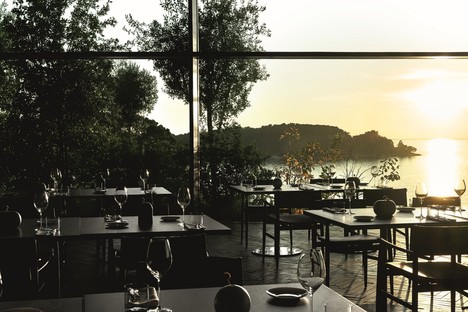 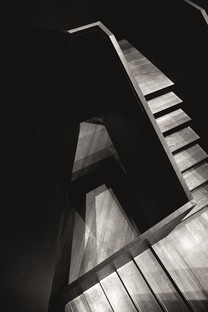 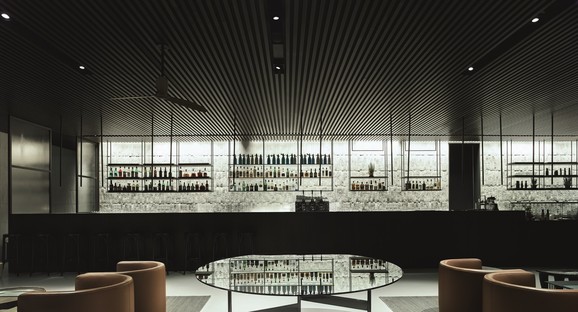 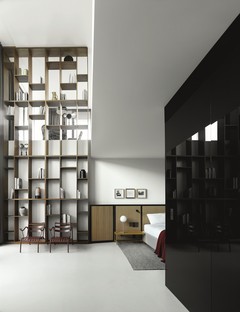 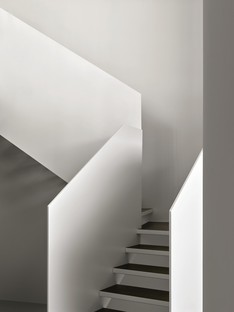 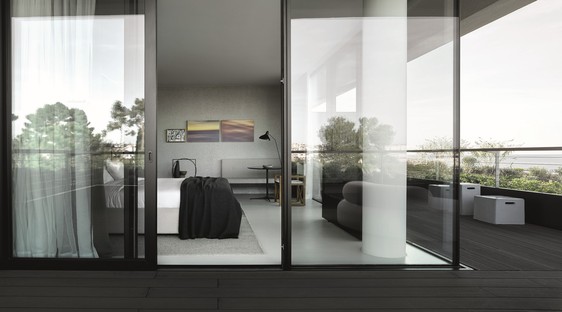 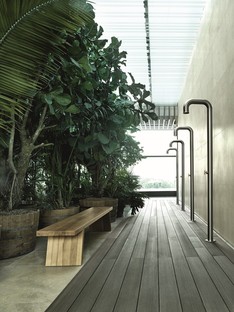 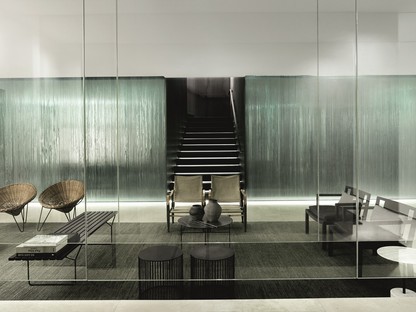 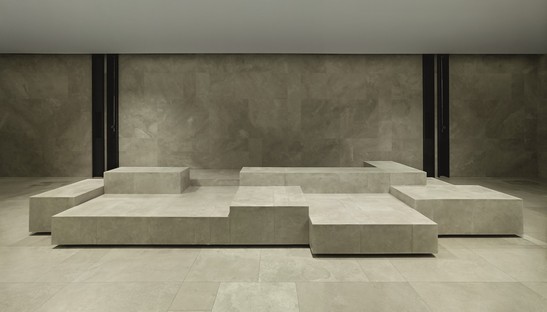 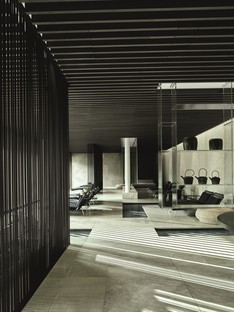 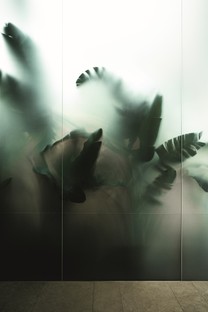