Architecture studio 3LHD designed an elegant hotel in Rovinj, Croatia, the Grand Park Hotel Rovinj. The six-storey building is nestled in a lush pine forest and extends along the promenade overlooking the island of St. Catherine and the town of Rovinj. The interior design of the various spaces is by Italian architect and designer Piero Lissoni. 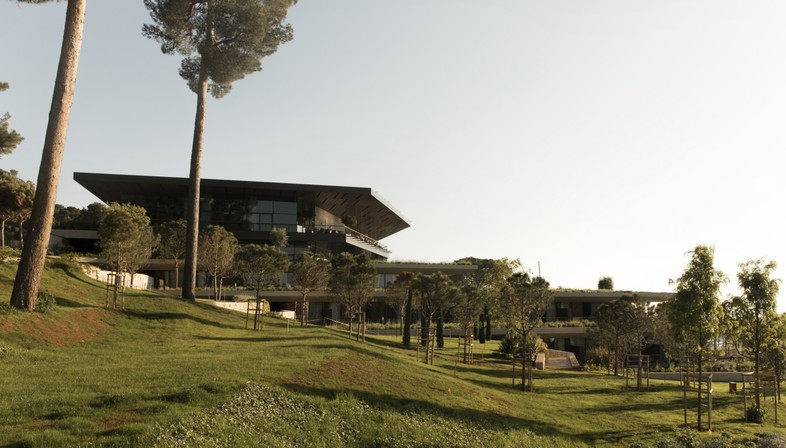 In Croatia, not far from the historic centre of Rovinj, architecture studio 3LHD designed an exclusive five-star hotel, the Grand Park Hotel Rovinj, located in the area of Monte Mulini near the promenade and the beach in one of the most exclusive tourist spots of the Adriatic.
The specific features of the chosen site and the presence of a lush pine forest led to the decision to design the cascading terraced building with green roofs. This design solution presented numerous advantages: the architecture blends in with the surrounding nature, the visual impact on the landscape is limited, and hotel guests have the impression of being immersed in a park that from every point offers stunning panoramic views of Rovinj, the Church of St. Euphemia, St. Catherine island, and beautiful sunsets over the sea.
The transition from the building to the natural park and vice versa takes place gradually by means of offset floors that follow the slope of the ground and form spaces used by the hotel, such as large terraces, Mediterranean gardens, swimming pools and sunbathing areas.
Every function of the hotel has been enhanced by views on nature and the panorama. The conference hall, for example, overlooks the Rovinj peninsula through a large panoramic window, and the wellness area with three swimming pools and sundeck extends over two floors and overlooks the surrounding woods and the city. The main swimming pool is partly covered by a glass pavilion that opens in summer towards the park and the sea. The ground floor of the hotel becomes an ideal continuation of the town’s urban fabric, connecting the centre of Rovinj with Lone Cove and with the Punta Corrente forest park. These waterfront areas were designed by the architects with a different approach; in fact, they are spaces that have to play a public role, like a square with diversified amenities and new spaces of social gathering, not for contemplation of nature or the landscape. Numerous artists and other professionals worked on the design of the hotel along with architecture studio 3LHD. The interior design of the rooms and common areas of the hotel was entrusted to Lissoni & Partners, founded by architect and designer Piero Lissoni. For the interiors of the Grand Park Hotel Rovinj, Piero Lissoni was inspired by the colours of the Mediterranean, choosing primarily natural materials such as stone and wood and using different colour palettes for the various rooms and spaces. Thus, for example, darker shades of blue inspired by the sea predominate in the hallways, while the rooms feature light shades of beige or grey, inspired by earth colours. For each common space and the rooms, numerous artists were involved who stayed in Rovinj to find inspiration and live in the places before creating their works. 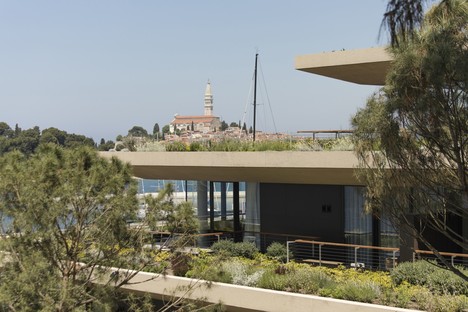 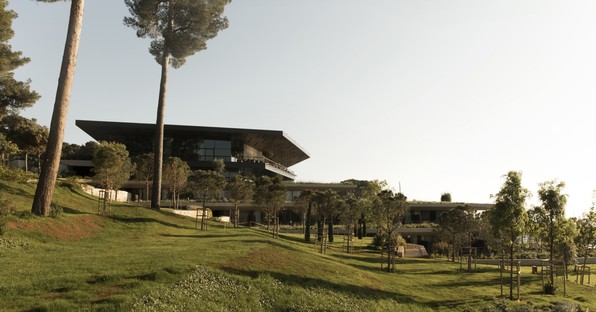 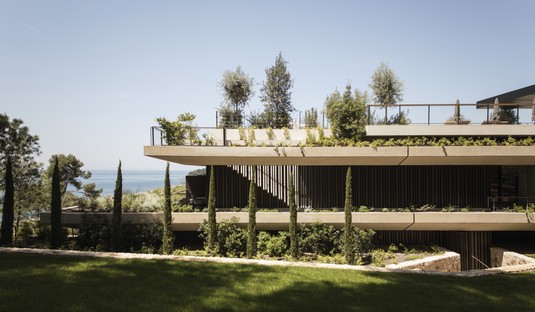 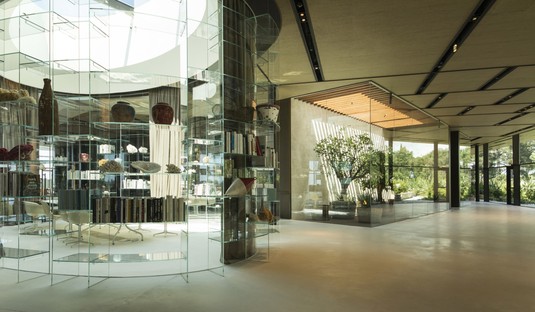 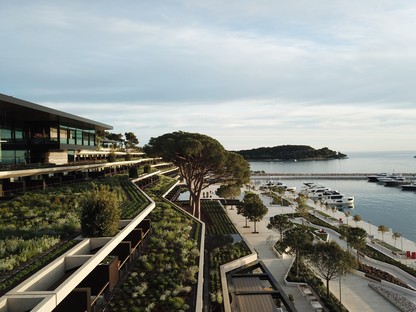 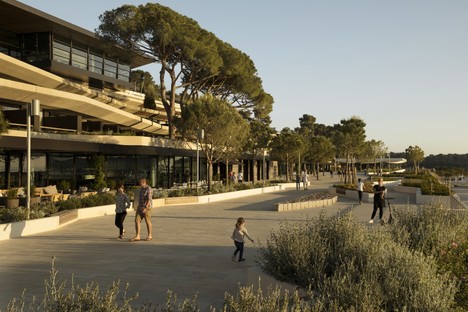 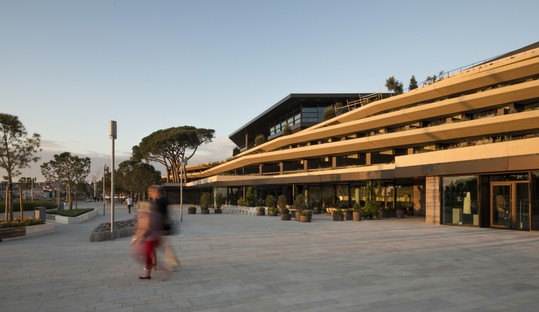 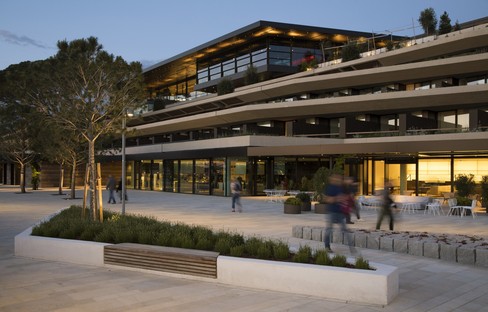 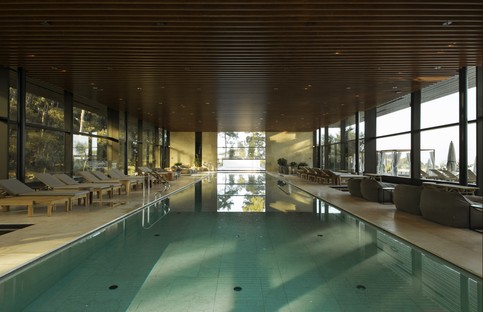 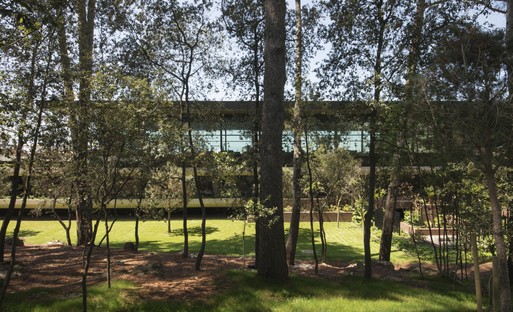 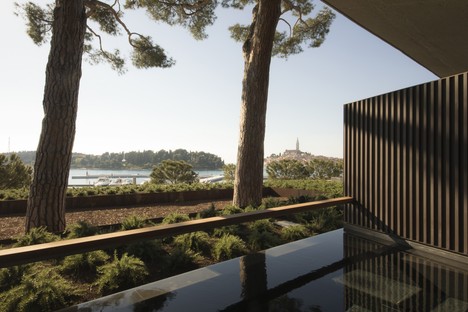 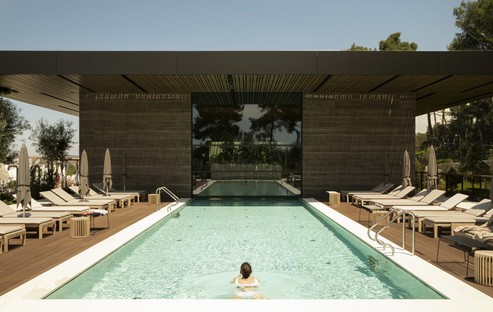 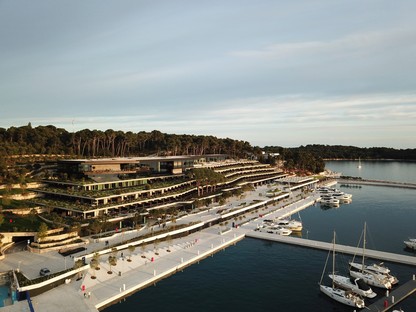 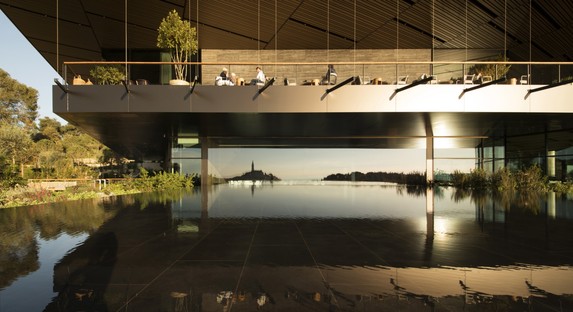 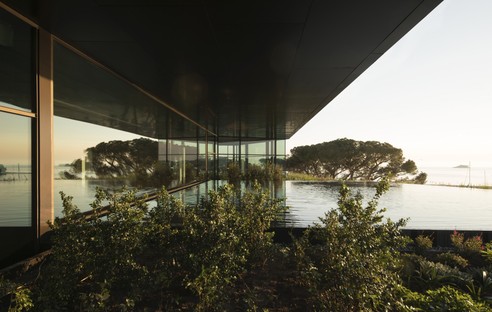 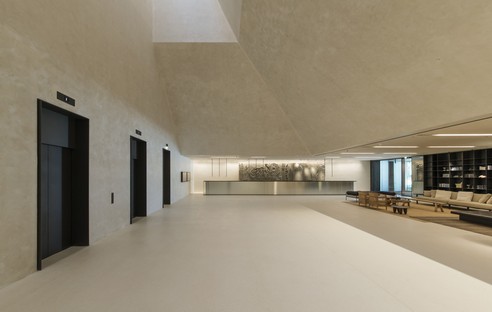 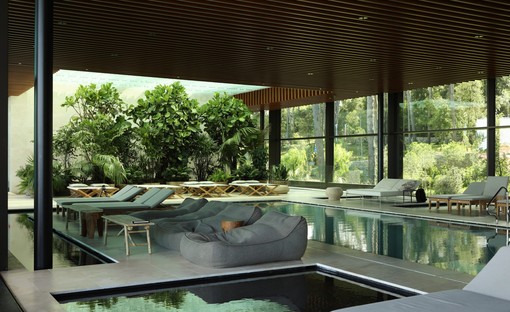 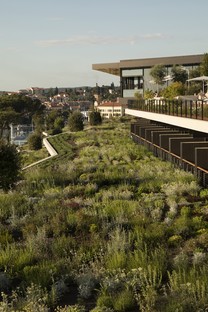 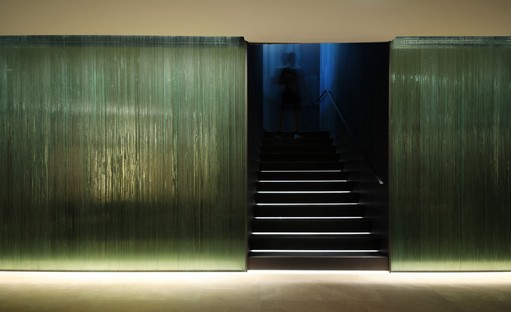 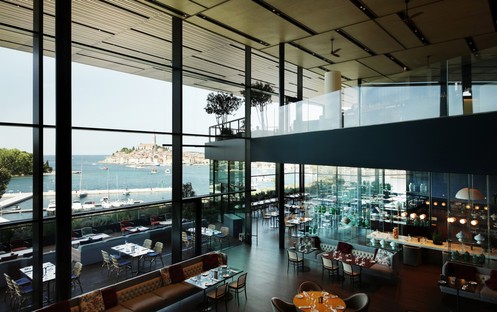 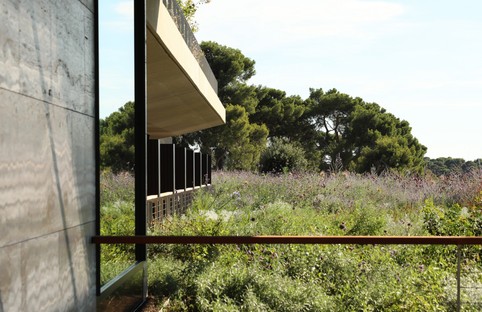