Seagrape House: a constant in time for Traction Architecture

On Florida’s Anna Maria Island, the wind and the storms move the sand around, continually changing the landscape. Traction Architecture built Seagrape House as a steady point in the evolution of time and space, and it even has a time capsule. 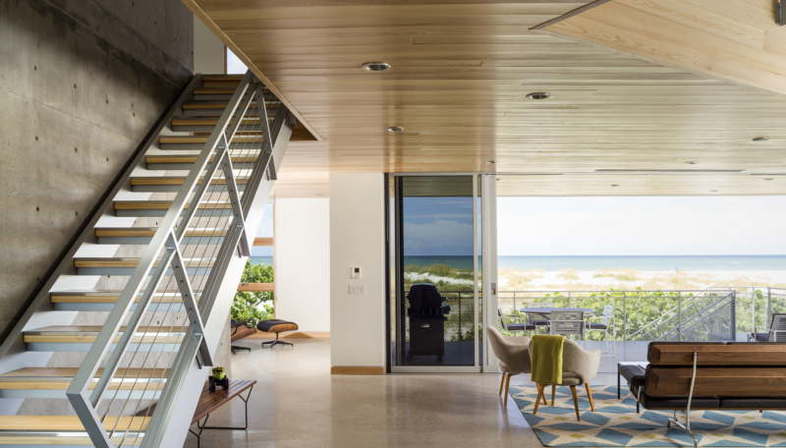 Seagrape House is a refuge in the Gulf of Mexico where natural elements rule the day, changing the appearance of the landscape. Traction Architecture decided to make Seagrape House a stable point in this ever-changing world, an anchor on the uncertain boundary between sea and land, but also a tool for understanding the landscape and our presence in it.
Seagrape House is located on Anna Maria Island, at one end of Tampa Bay, where the island forms a natural barrier for the Bay. As the area is very exposed to the elements, its shape changes significantly after every storm; and in fact the distance between the house and the sea doubled during the course of construction due to the shifting sand dunes.
The entire construction rests on concrete columns, so that the environment can be changed without affecting the living spaces, sheltering them from the elements.
There is an empty space in the volume of the home, a deck specially shaped to amplify the sound of the waves breaking on the beach.
It is the little details that add to the value of Traction Architecture’s work, such as the aluminium line inlaid into the concrete floor pointing west, or the carvings in the cypress wall cladding that triangulate the position of people in Seagrape House across the Gulf of Mexico to Tulum and Veracruz. A time capsule containing family mementoes has been cast into the wall of the home, reinforcing the notion of the house as a constant as time passes.
The shape of the house is a result of the desire to achieve maximum volumetric and thermal efficiency while maintaining vast views of the Bay. Photovoltaic panels produce most of the home’s electricity, and in fact Seagrape House is the first house on Anna Maria Island to obtain LEED Platinum certification 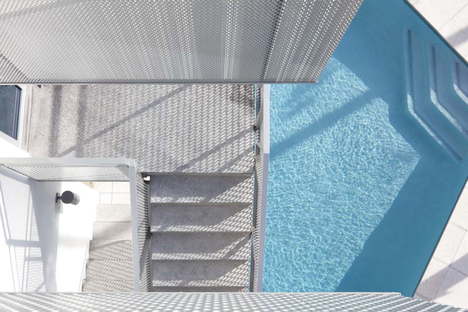 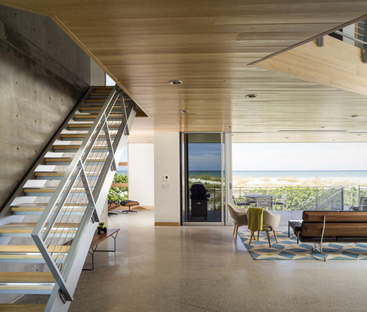 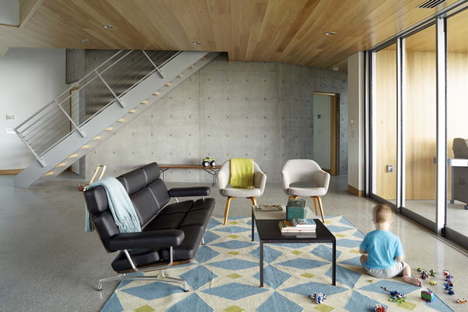 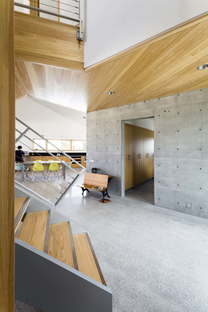 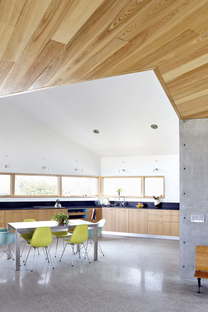 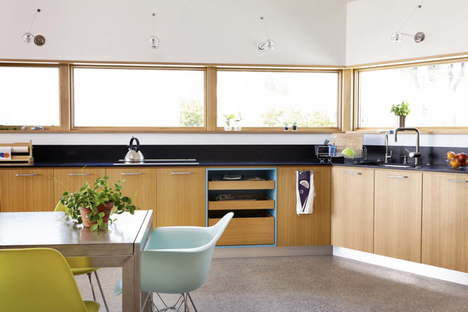 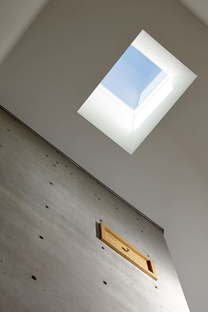 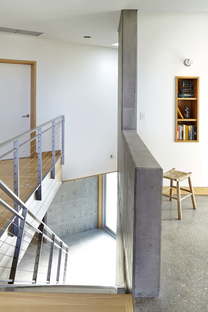 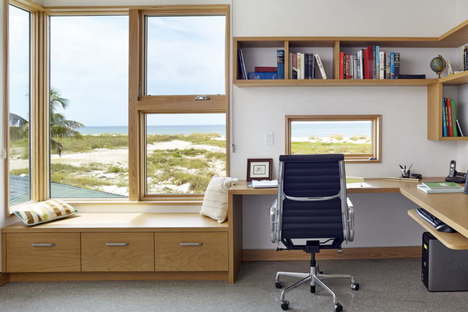 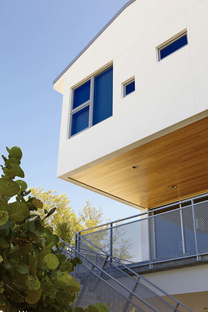 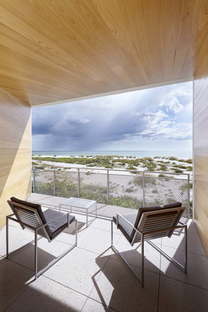 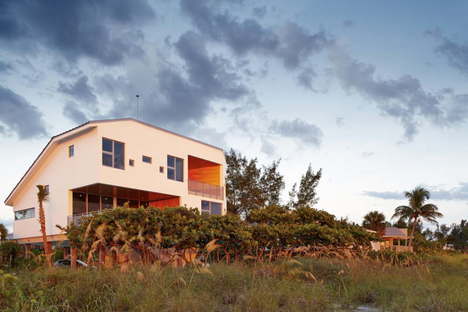