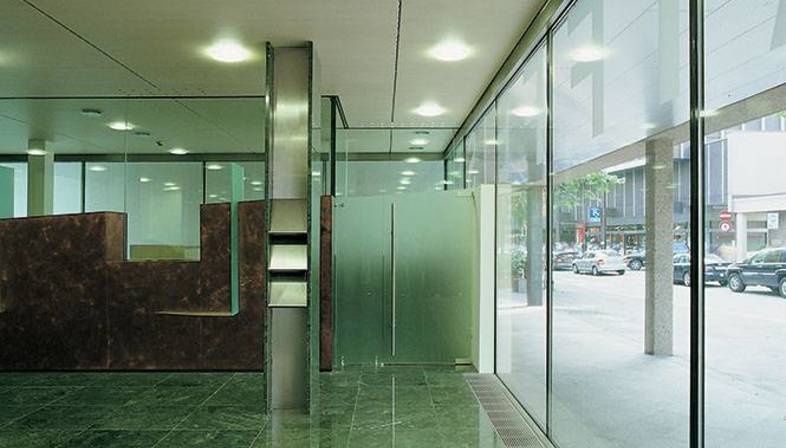 In his plans for Raiffeisen?s Lugano branch, architect Attilio Panzeri addressed the complex theme of working in the context of an existing construction. The branch is on two floors of an existing concrete building in the centre of Lugano with a complex load-bearing structure that determines its internal layout.

The need to ensure greater visibility and make the bank stand out from its surroundings encouraged the architect to work on the façade, using the material effects of colours and transparencies and materials such as glass, natural stone and steel. Its transparency seems to prolong the block of wickets as far as the portico of the building. Customers go directly from the street into the public area for conducting transactions, where the architect uses elements combining architecture with sculpture to distinguish different functions, separating the waiting area from the wickets. On the ground floor, a metallic fabric acts as a filter visually separating the public area from the private zone, maintaining a perception of spatial continuity, while on the upper levels etched glass walls separate the offices and the manager?s office. 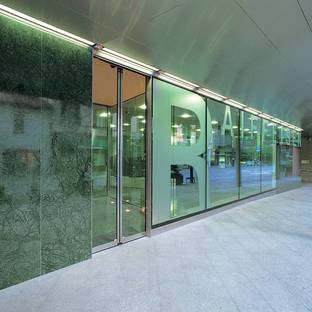 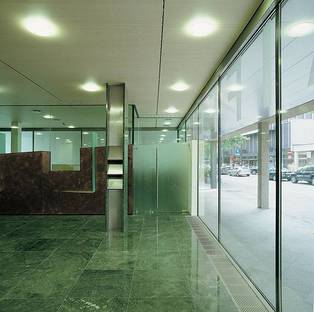 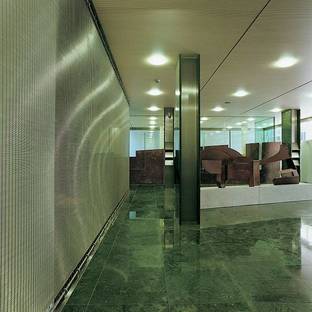 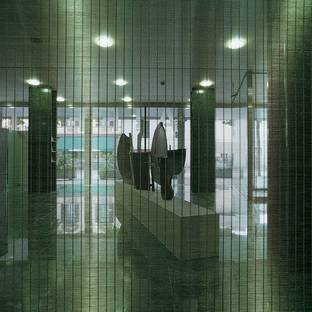 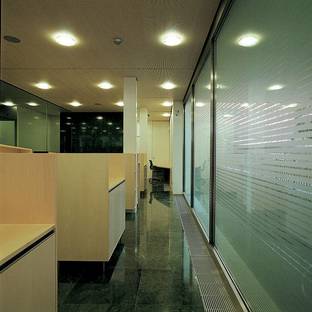 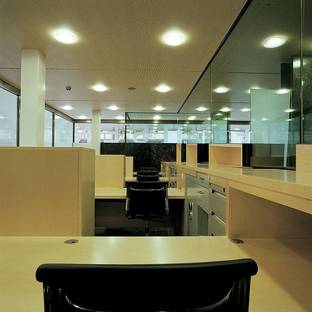 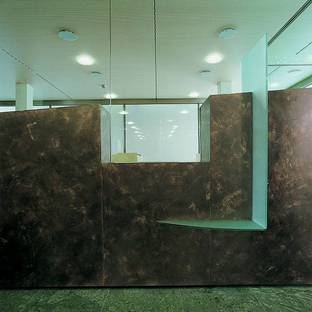 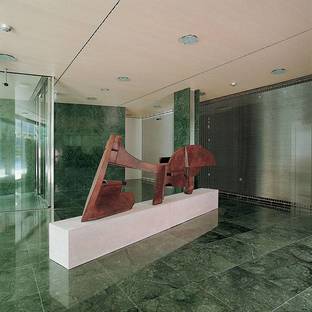 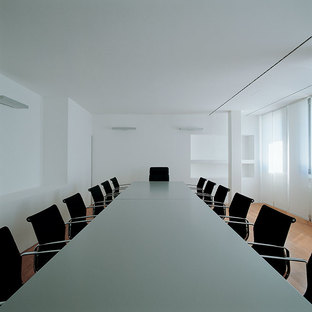 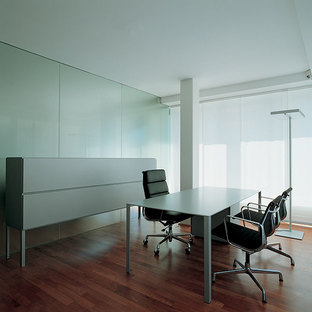 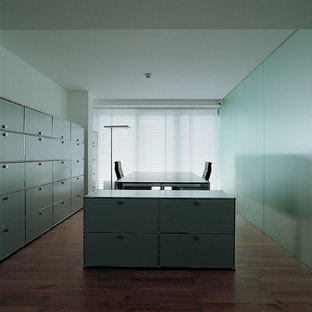 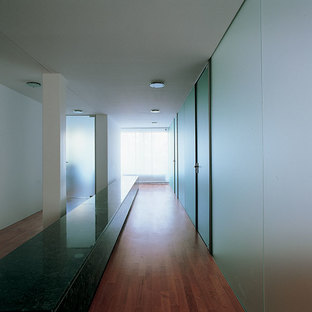 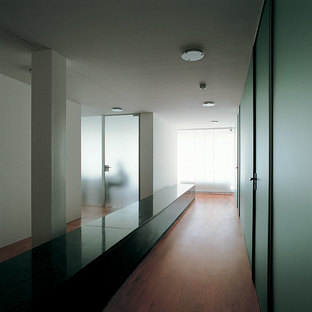 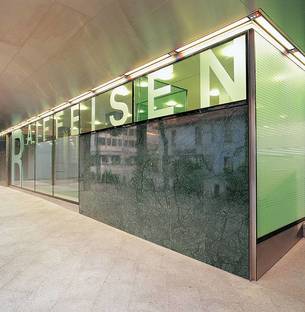 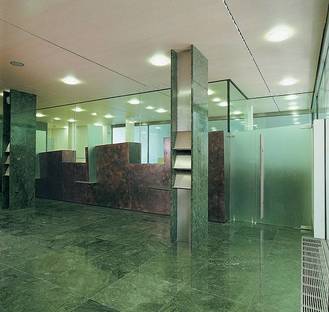