Casa Madrigal, a recent project by architect Ramón Esteve, is a skillful combination of open and semi-open spaces enclosed by substantial stone walls and floor-to-ceiling windows which create an intimate microcosm, a place of refuge where you can reflect and find yourself. 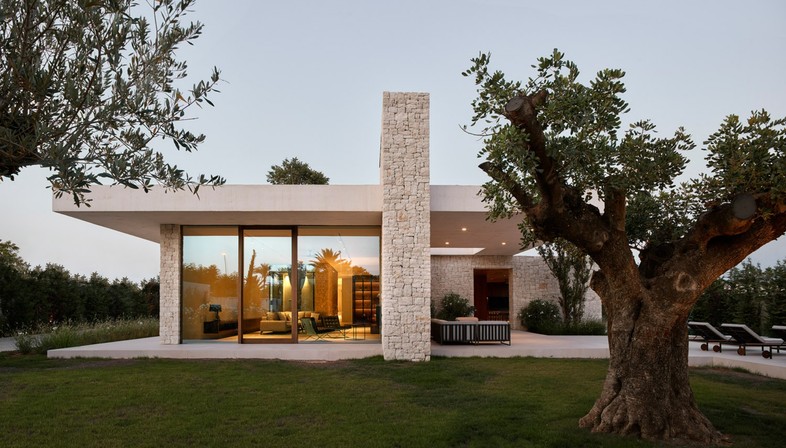 Architect Ramón Esteve and his studio have recently designed Casa Madrigal, in the Valencia area. The architect himself briefly describes the project: "The house is confined within stone walls like an enclosure, which creates an intimate space where you can build a world of your own." The house is a skillful combination of open and semi-open spaces enclosed by substantial stone walls and floor-to-ceiling windows which create an intimate microcosm, a place of refuge where you can reflect and find yourself.
The architect mainly focused on the horizontal composition of the structure. Casa Madrigal is a set of boxes each used for a specific function, connected to the others by interconnecting open-air courtyards. Specifically designed openings in the roof capture natural sunlight and illuminate small gardens inside the structure. The entire structure is linked by two large horizontal expanses: the floor, which has been raised 30cm above ground level in order to highlight its function, and the roof. Two horizontal structures which are accentuated by the choice of materials, namely exposed white reinforced concrete, in sharp contrast with the natural stone walls which enclose the main rooms. 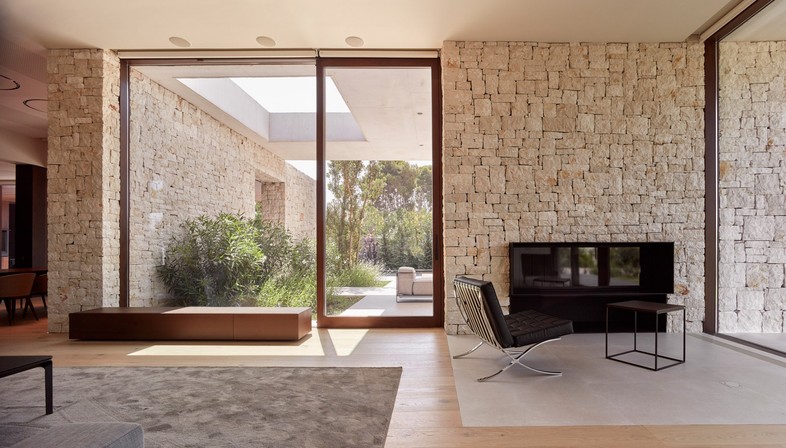 Rooms inside the house are formed between these two large horizontal expanses. The layout of the “boxes” which comprise the main living areas, between the horizontal concrete floor and roof slabs, creates a series of intermediate spaces which accommodate communal areas in the property. These interior spaces extend outwards, framing extraordinary views of the garden surrounding the house. At the same time, looking from outside, through these intermediate spaces, one can see intersecting views of the house. From outside, the structures containing more private rooms are of varying heights, with the rooms enclosed by substantial stone walls. The swimming pool also complements the structure, mirroring and accentuating the entire composition.
For Casa Madrigale, the architect Ramón Esteve decided to use all the materials, wood, natural stone and concrete in their raw state. For example, the exposed, highly visible white concrete of the horizontal roof slab, supported by the stone structures below. These structures contain the rooms and are easily distinguishable from the outside and rest of the building due to the materials chosen. Rooms are enclosed by stone walls and floor-to-ceiling windows which overlook the garden. To mitigate the effects of sunlight in the rooms, and inside the house generally, the architect designed sliding wooden shutters. The project features a careful, measured approach to natural light and its direct or indirect diffusion in every area of the house. Openings in the roof are designed to allow light into courtyards and create an interplay of contrasting light and shadow throughout the building. 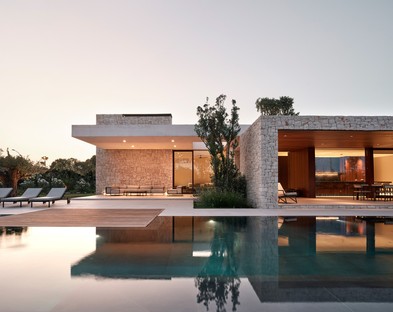 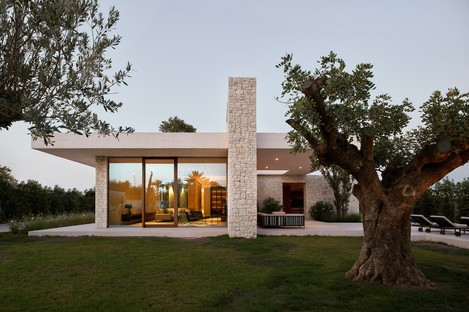 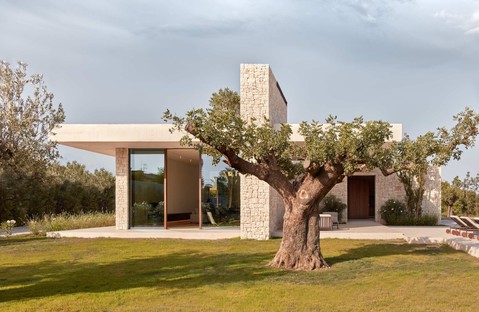 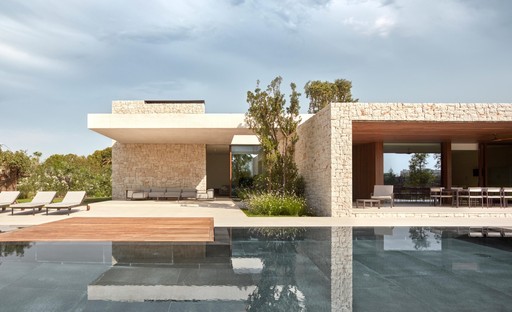 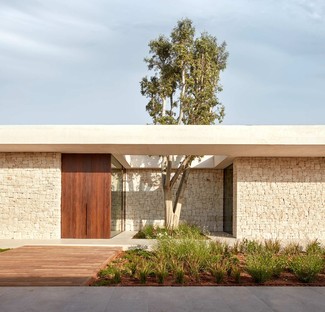 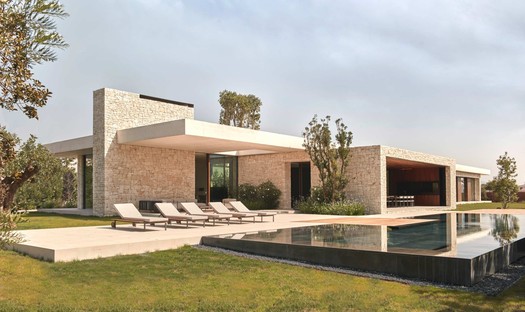 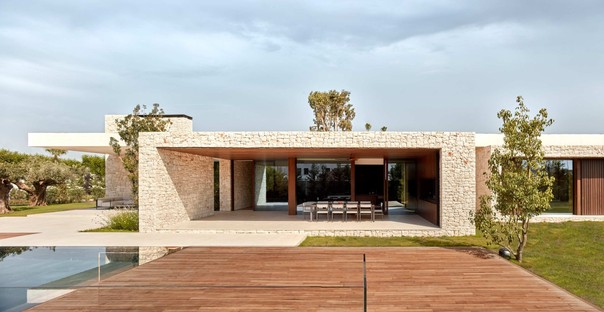 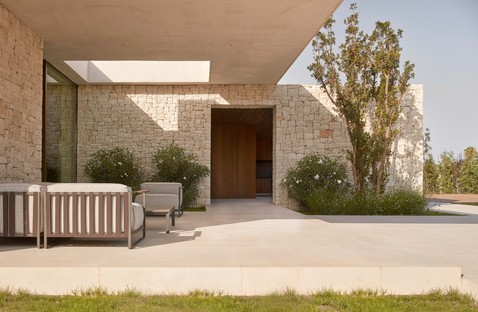 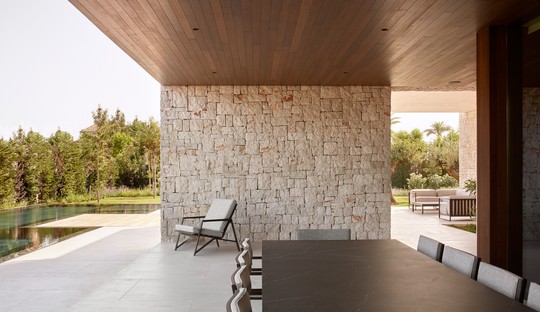 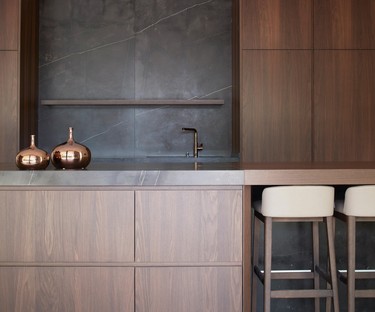 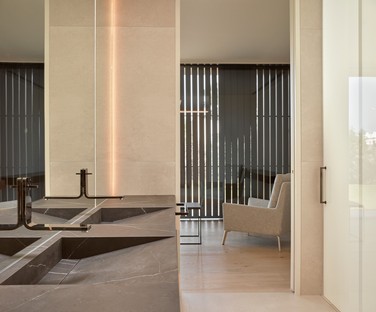 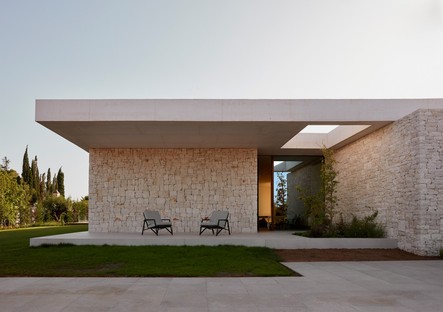 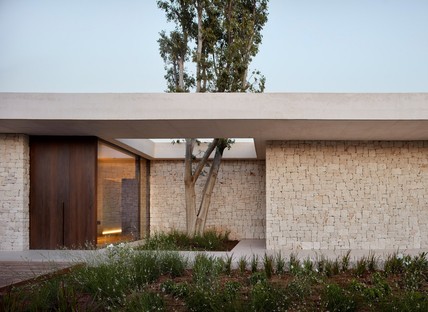 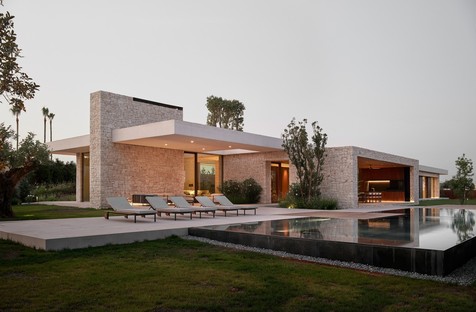 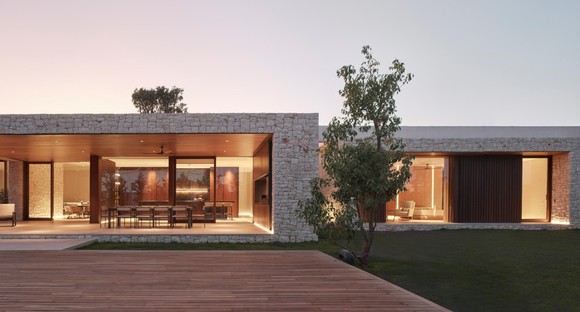 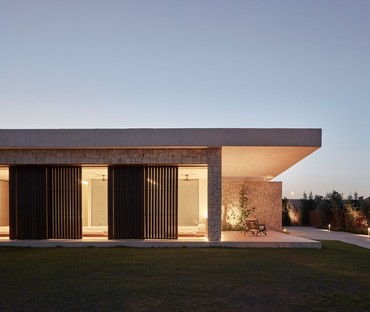 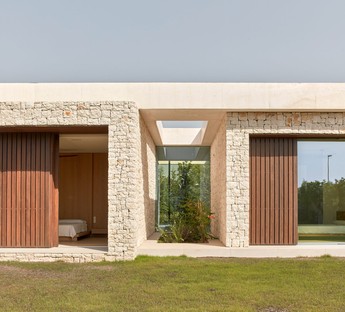 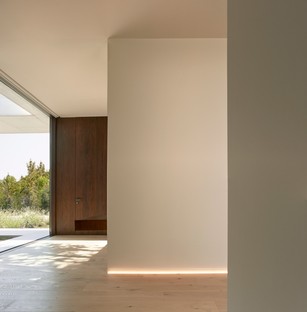 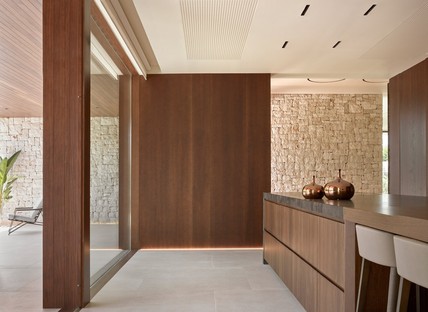 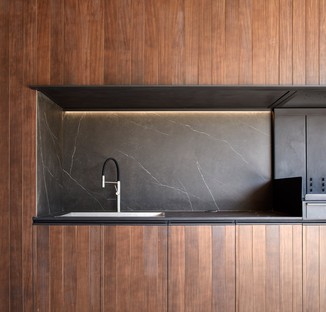 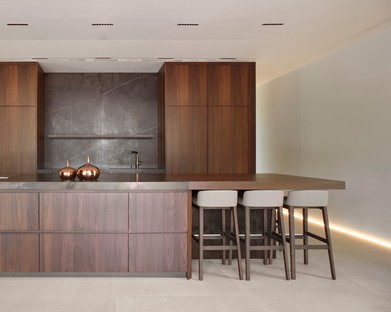 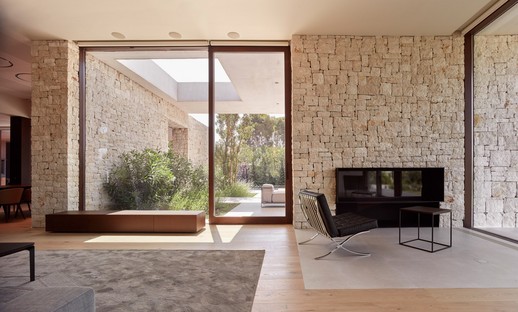 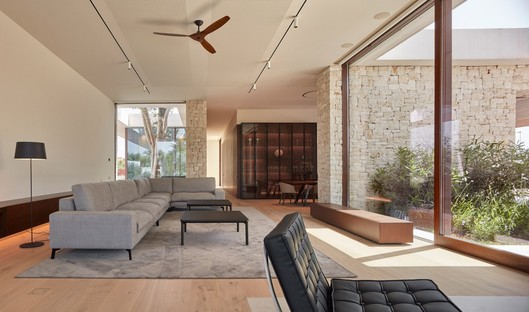 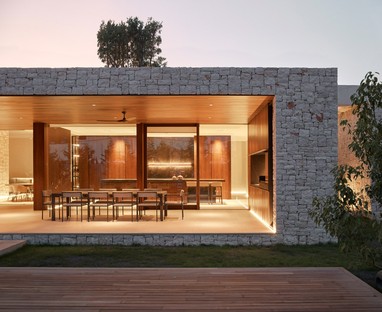 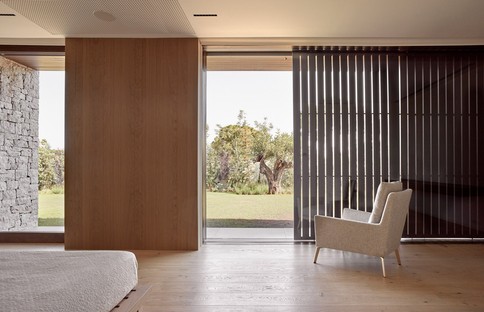