Inspired by the northern light and the dramatic Icelandic scenery, Harpa Reykjavik Concert Hall and Conference Centre stands on the boundary between sea and land. With its spectacular façades designed by Henning Larsen Architects and Olafur Eliasson, the building stands out like a big light sculpture, adding new character to the harbour area and linking it with the city centre. 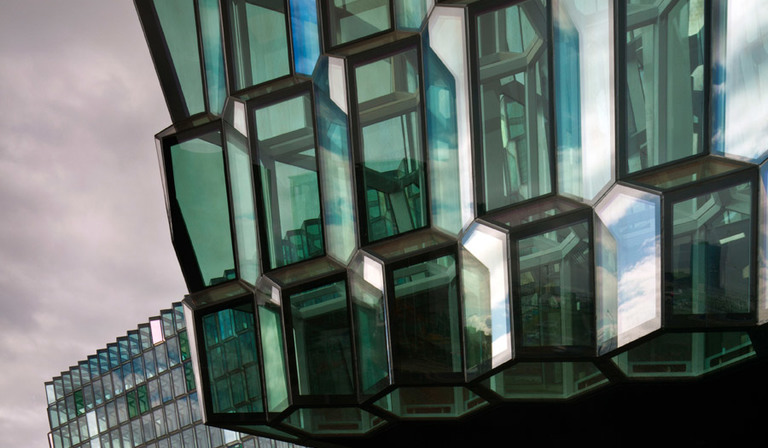 
The amazing architectural spectacle of the new concert hall in Reykjavik fits into a process of proud cultural recovery which the Icelandic nation has undertaken since the economic crisis of 2008, which drove the people to peaceful action and participation in the writing of a new constitution.
Located in the city’s harbour, Harpa Reykjavik Concert Hall and Conference Centre, completed in 2011, is a symbolic project, not only for its prominent position in the city but also because it is the result of an important international competition with the participation of illustrious names such as Norman Foster and Jean Nouvel, focusing the attention of the world of art and design on the city that produced Björk and Sigur Rós.
The winner of the competition was the Portus Group, a team including Henning Larsen Architects and Olafur Eliasson, the Danish artist famous for his light performances.


Art and architecture come together in a project where it is hard to see where one discipline ends and the other begins, in which the focus on the landscape leads to design of a modular glass façade that reflects and underlines the effect of changing weather and light conditions on the building’s surroundings.
The southern wall designed by Olafur Eliasson is composed of three-dimensional 12-sided steel and glass weight-bearing elements called “quasi-bricks” which, like many other forms in his recent works, are a product of the study of crystal geometry. The glass they are made of is dichroic, meaning that it has the ability to screen out certain wavelengths of light while letting others through: this is why the glass seems to change colour as weather conditions and the observer’s point of view change.
And so, commanded by an angular geometry of volumes which penetrate one another in response to the functional requirements of a large concert hall, thanks to the modules’ structural capacity and the absence of pillars and columns, Harpa’s complex lets the landscape in, eliminating the boundary between inside and outside and, resting between land, water and sky, synthesising the uniqueness of a place like Reykjavik, where not even night and day can easily be defined.


The project includes a large open area with a pool of water on the building's main, southern facade, where pedestrians coming from the city centre arrive at the building, accompanying them into the cultural centre through its great transparent hall. This window onto the harbour is prolonged to the west in a foyer with a restaurant, where it encounters the staircase to the first floor, ending in a transparent area which serves as a corridor for the 3 halls, including the 1800 seat concert hall.
All the technical rooms are screened from view, confined to the northern side facing the sea; this is intentional, in order to ensure that the concert hall participates in the life of the city and its harbour, facing towards it. This explicitly states the intention of urban redevelopment, in which the relationship between architecture and location permits the kind of choral participation that demolition of the harbour areas had precluded, halting the disintegration of the city’s urban fabric. And considering that the building in question is home to the Symphony Orchestra of Iceland and the Icelandic Opera, music comes into the story, offering a third key to interpretation of the site, after considering it from the points of view of design and art. 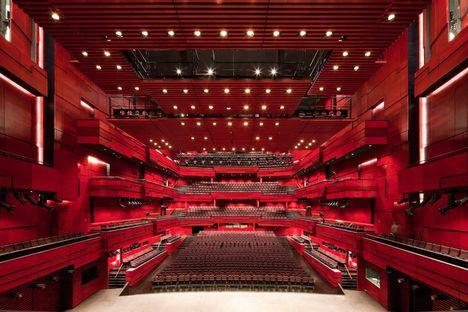 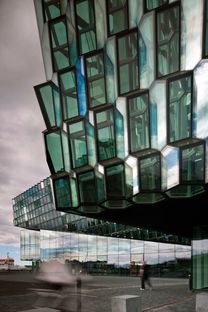 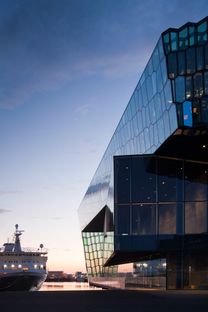 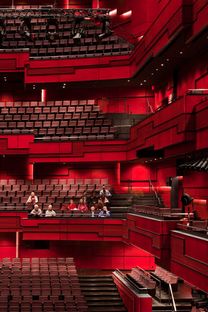 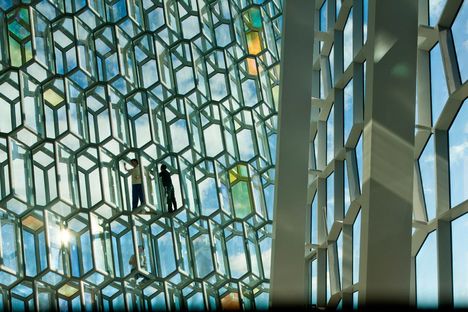 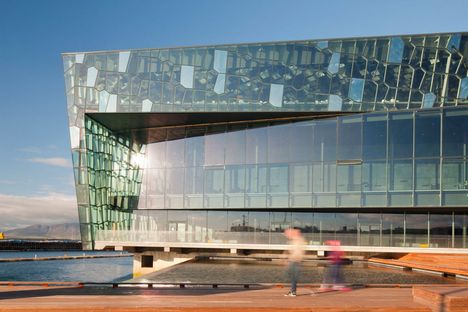 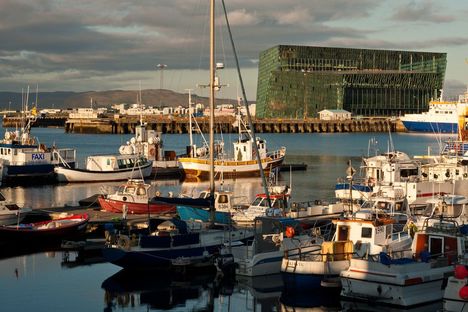 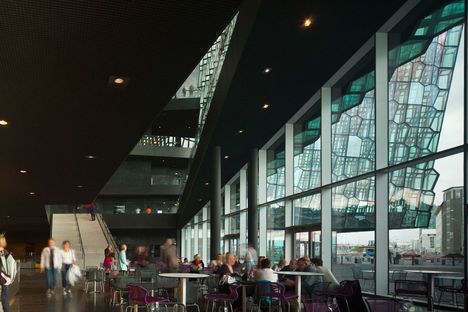 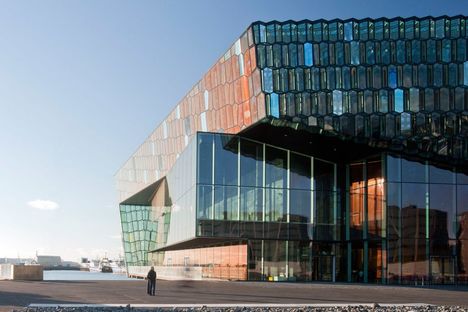 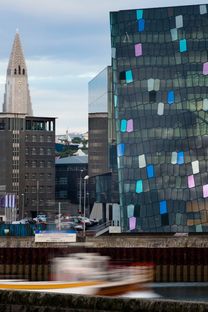 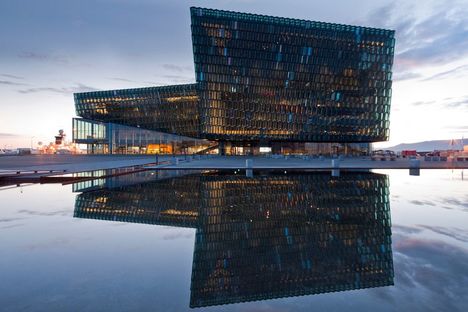 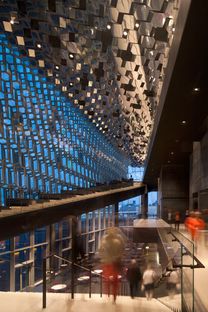 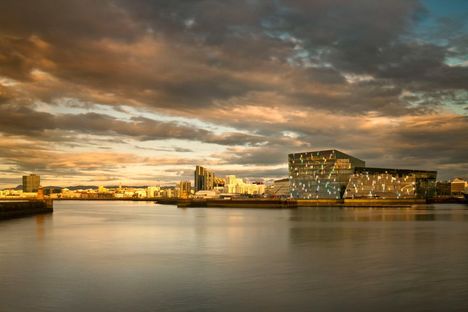