Barozzi Veiga of Barcelona has built an expansion for Grisons Art Museum in Chur, Switzerland. With its complete formal autonomy, Barozzi Veiga’s expansion abounds in references to Villa Planta, the historic seat of the Museum, originally built as a private home in the nineteenth century. 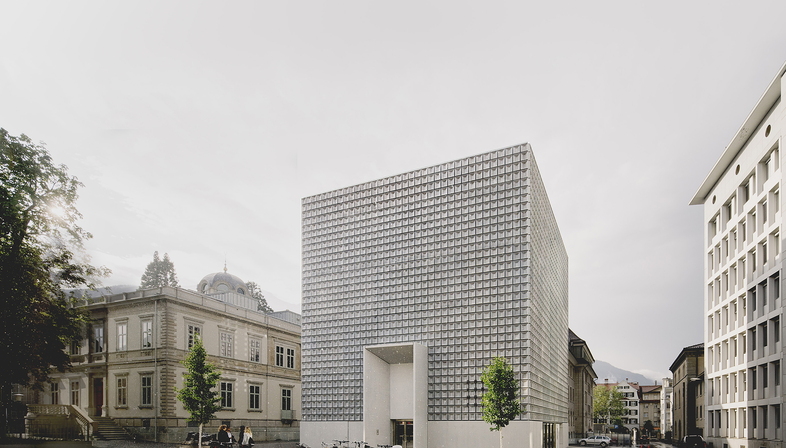 After winning an international competition held in 2011 by Canton Grisons, the Barcelona studio Barozzi Veiga built an expansion for Grisons Art Museum in Chur, Switzerland, inaugurated on June 22 of this year. The site of the project is Villa Planta, the historic seat of Grisons Art Museum and the Rhaetian Railway administration building; despite their formal and decorative differences, the project manages to achieve a synthesis that brings unity to the three buildings. Built in 1874 to plans by architect Johannes Ludwig, Villa Planta was the home of merchant Jacques Ambrosius von Planta. Canton Grisons purchased the villa and converted it into an art museum, but it soon showed signs of ageing, though it was not renovated until the ’80s, when Peter Zumthor, Peter Calonder and Hans-Jörg Ruch restored the building.
Over the years the museum’s success and the growth of its collections required a new wing, built on a very small area beside Villa Planta, with access from Grabenstrasse.

The villa was the key to determining the layout of the new space. Its square floor plan and proportions were repeated, so that the two buildings appear clearly built to scale. The two volumes do not have access from the same side, but they both have a public face: the statues of the sphinxes “guarding” the staircase to the villa, and the frame around the portal of the new wing. The base that raises the level of the entrance to Villa Planta is reflected in the new volume with a uniform strip of concrete, though its entrance is at street level. Both buildings are dominated by the central symmetry of a Palladian floor plan, complete with dome, though its geometric severity is interpreted with great formal autonomy in the new construction. The floor plans of the exhibition areas reflect the scheme of the rooms connected with the central foyer, the fulcrum of the buildings’ symmetry. The reference to the bold presence of decoration both inside and outside the building (the two sphinxes, the Pompei-style paintings, a golden dome in Byzantine style testifying to the original client’s line of business as a merchant in Alexandria, Egypt) is translated into the new compositional order of the façades, with a coffered bas-relief of pearl-grey concrete, another reference to the classical world.
In order to make the gardens horizontally connecting the new expansion with Villa Planta and with the city as a whole more easily accessible, the new block inverts the logical order of the expansion programme, arranging the exhibition galleries over three underground levels which occupy a larger area than the ground floor and the other three levels above ground, which are of limited size, in proportion to their surroundings, and contain the reception area and museum workshops.

Two large, tall windows concealed behind the coffered decoration on the eastern and western walls frame Villa Planta, while the two buildings are physically linked by the staircase on the first underground level of each.
Abounding in references to the ancient world and to the historic building next to it, Barozzi Veiga’s new volume is a completely independent building, a new element which fits perfectly into its surroundings on Grabenstrasse. 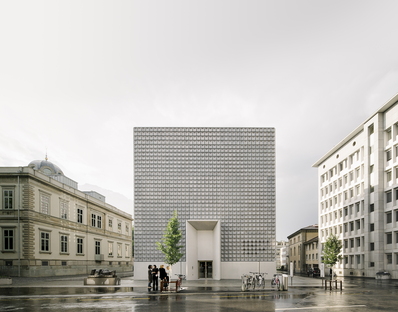 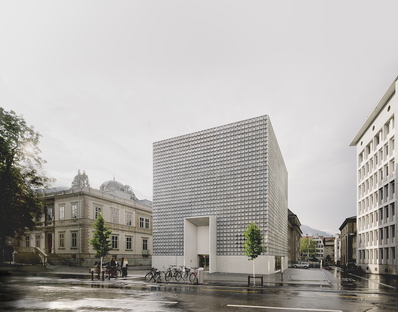 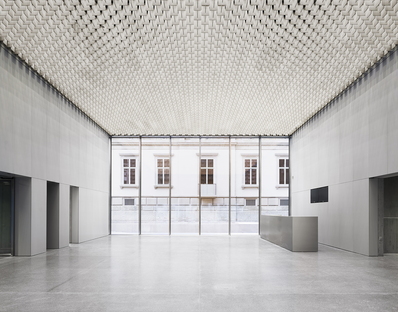 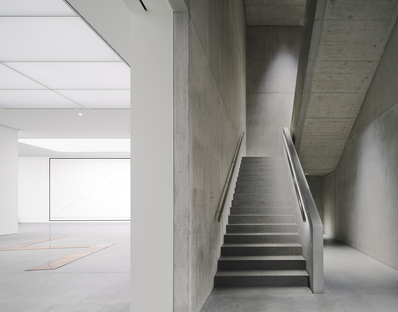 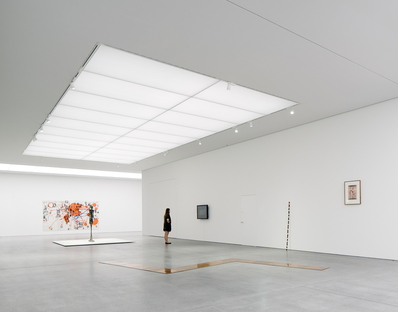 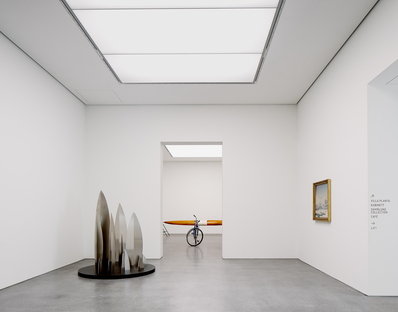 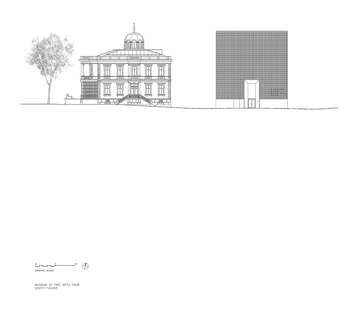 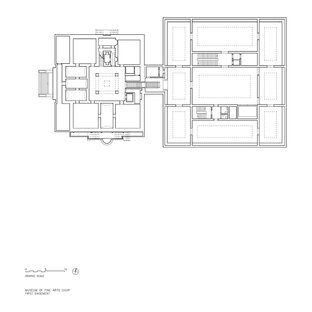 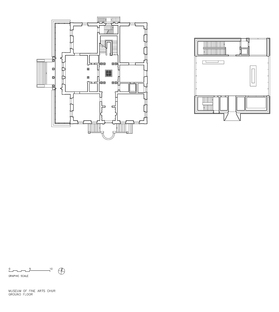