With the new auditorium of the College of Polytechnics in Jihlava (VŠPJ), Czech Republic, Qarta architektura has expressed the modern idea of cultural community through a reflection on the concept of architectural decoration. The dialogical relationship with the building - formerly a communist court and now the location of the Polytechnic - plays a central role. 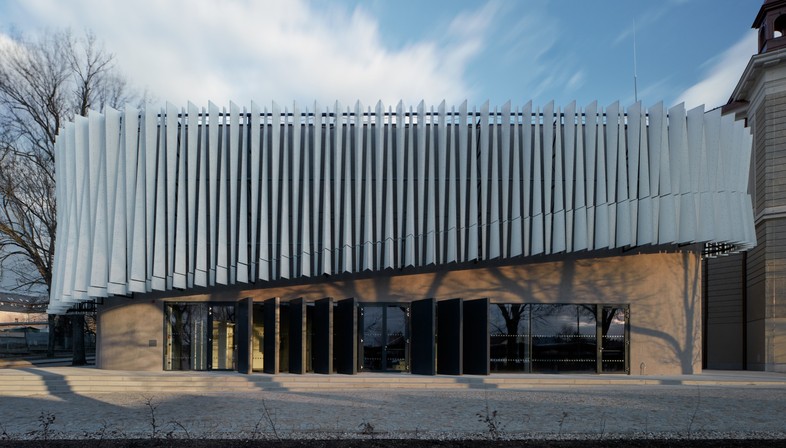 In its design for the new auditorium at the College of Polytechnics in Jihlava, Czech Republic, Qarta architektura has reaffirmed the newfound progressivism of a city and its intelligentsia. The expression of this change of direction, kickstarted with the birth of the new state in the 1990s, has now been entrusted to the architecture and its new languages, which provide an interesting dialogical contrast with the historical ones.
This is the main site of the College of Polytechnics in Jihlava: a three-storey building with a pentagonal internal courtyard, built in the centre-north of the city between three streets - Tolstého, Jiráskova and Tyršova - in 1905. However, this is no mere monument in a historicist style; indeed, the building is still haunted by the memory of an all-too-recent and deeply painful past in which it served as both the Regional Court and a prison. Once the court had been disbanded in 1960, the building was used for university classrooms until the Polytechnic was founded in 2004. Refurbishment works on the building were recently completed, including works on the historic courtroom in which - during the 1950s, when the country then known as Czechoslovakia was within the sphere of influence of the Soviet Union - the infamous show trials which resulted in the execution of so many innocent people were held.
In 2016, the College of Polytechnics Jihlava (VŠPJ) commissioned Czech firm Qarta architektura to construct a new auditorium on the vacant plot on the north side of the university site, thus providing an additional conference room which was larger than the existing one within the building, allowing it to accommodate an ever-growing number of students.
The presence of history is palpable in the design of the new hall, which has a high-tech look and a visual impact aimed at emphasising a marked distance from the past and a traditional idea of the state and its institutions. The building is a rotunda, connected to the twentieth-century building by a glass atrium and subordinate to it in terms of scale. The new auditorium will occupy the irregular piece of land situated between the pedestrian street in front of it and the tree-lined street to the east, Tyrsova. Its layout - an equilateral triangle with rounded vertices - defines this residual space fairly precisely. Slightly raised above street level, the new hall stands atop a wide flight of stone steps. Although it is merely a secondary façade, the north side of the university building still holds a certain prominence in the urban landscape.
The auditorium is a reinforced concrete volume finished with grey plaster and clad with vertical aluminium strips, mounted on a steel frame. Arranged a short distance away from one another, these slats - which form a second skin that is offset from the surface of the side of the block - create kinetic effects, providing a stark contrast with the stern sense of order evoked by the historicist building behind it. The restored stuccowork of the ex-courthouse invites a direct comparison with the concept of decoration expressed by the metallic elements of the new hall. Finally, the high-tech cladding on the walls does not continue all the way down, instead finishing a few metres off the ground, ideally reproducing a curtain of sorts that reveals the two main doors at the entrance, creating a transitional area between the outdoor and indoor spaces.
The interiors are, in turn, the result of reflections in comparison with the courtroom, which exudes pomp with its vaulted roof, Mannerist stucco decoration, wooden wainscoting, lunette windows and richly-decorated brass chandelier. The new auditorium, on the other hand, has a concrete structure which was poured on site and a single steel roof with a star-shaped beam structure; the exposed raw concrete surfaces are finished with anthracite grey door and window frames, black coverings and fabrics, and natural wood flooring. The choice of hard-wearing materials, durable surfaces and industrial finishes, as well as the directional spotlighting and carefully-designed acoustics, make for a comfortable and flexible environment which is suitable for a range of possible uses. Indeed, as requested by the client, this hall is not only for the university’s use, but is also available to the wider community for events involving over 300 people.
The Deputy Mayor of Jihlava, Martin Laštovička, underlined the importance of the new hall: “The city of Jihlava has long endeavoured to have its own college campus. We see the presence of students as essential for the city's cultural progress. The College’s position has been strengthened significantly by the new lecture centre and auditorium. Being the largest space suitable for conferences or conventions available at the moment, the auditorium has become an important venue for various social events. During the restrictions imposed by COVID-19, the city council meetings were also held here. For the city and the region, the building has a symbolic meaning, too. In the 1950s, a controversial communist party show trial and subsequent executions happened here, and the new building finally started to redefine this sad legacy. Its contemporary architecture is quite clear about the message it wants to give. Tearing down the five-metre-tall prison wall offered us new and optimistic vistas. In many ways, the building itself seems to be an active participant in the rediscovery of Jihlava's political, social and cultural identity.” 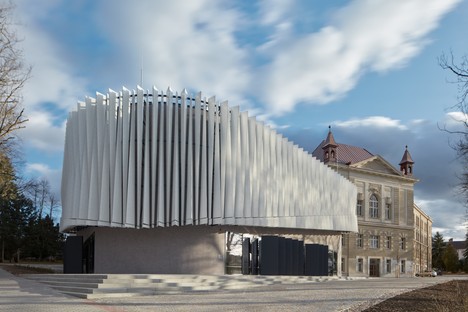 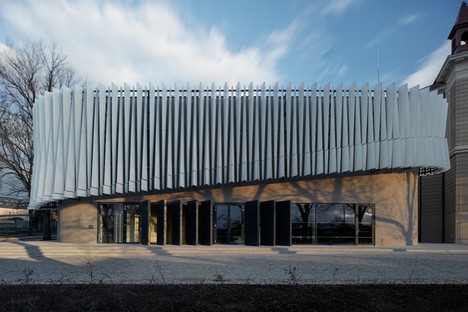 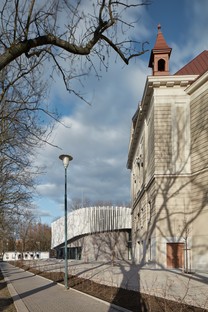 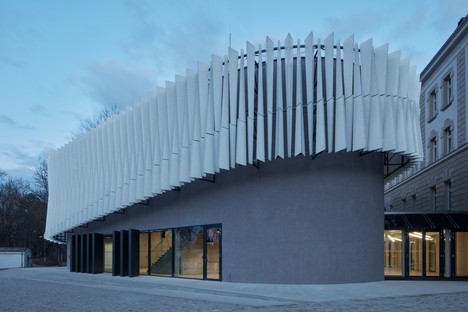 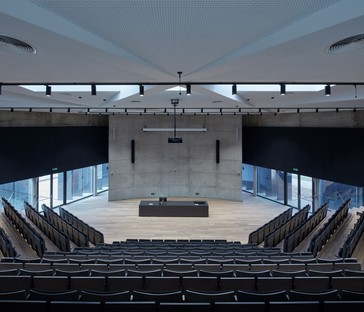 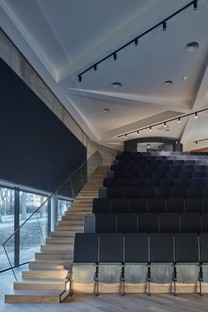 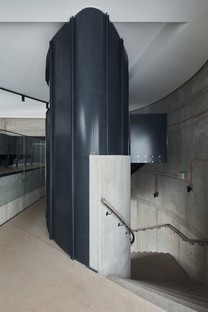 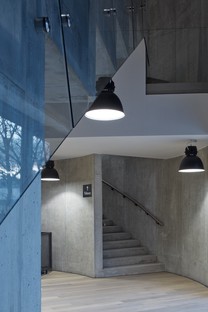 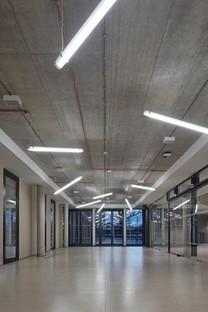 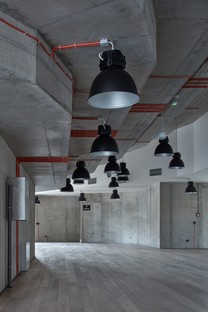 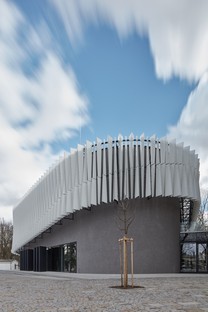 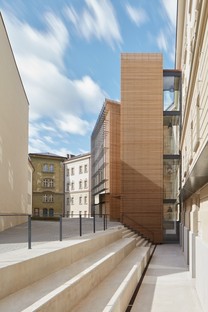 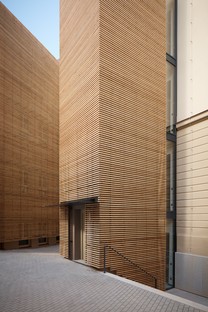 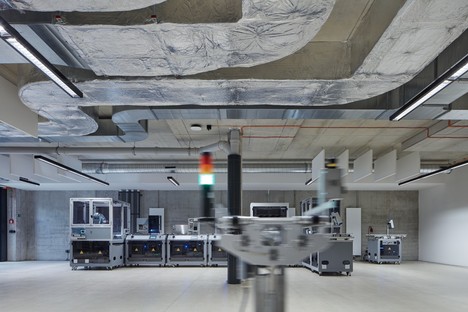 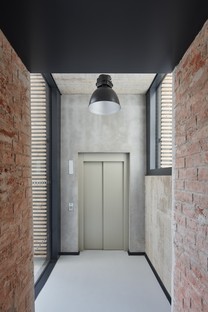 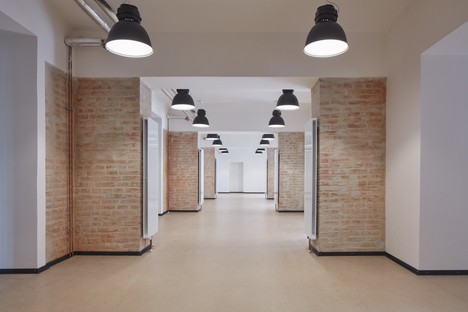 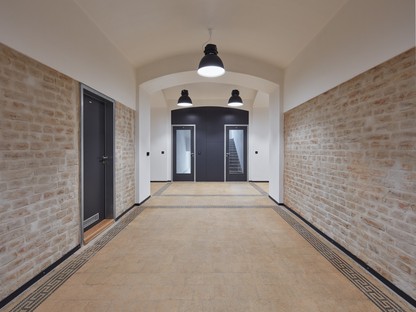 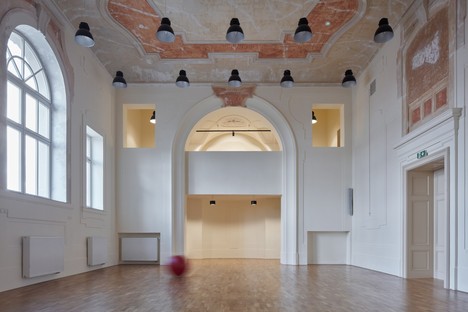 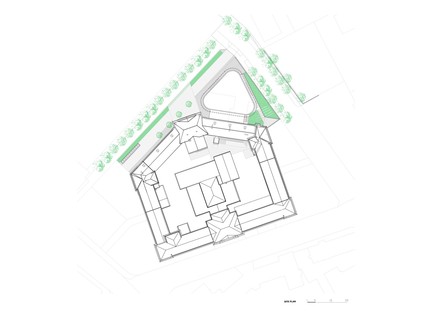 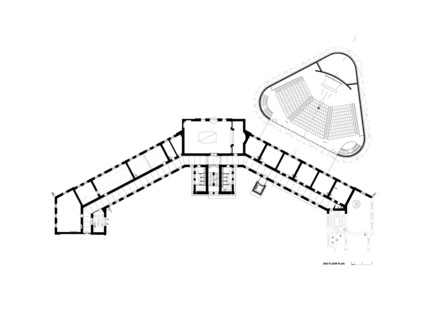 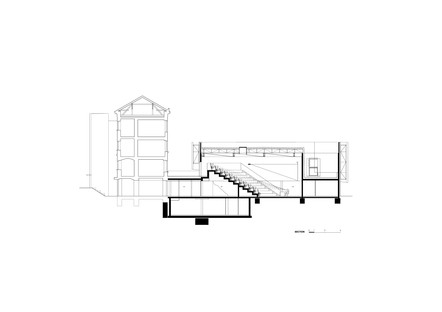 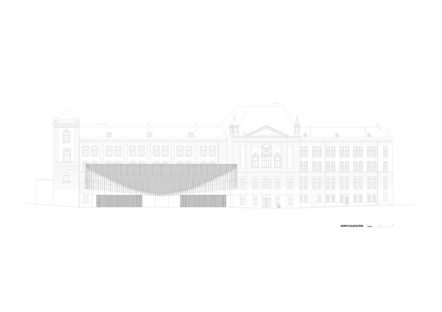