JKMM designed the headquarters of an important university institution, Uniarts Helsinki’s Academy of Fine Arts, in the former industrial district of Sörnäinen. New construction and regeneration are combined in a dynamic interior with a programme open to the community. 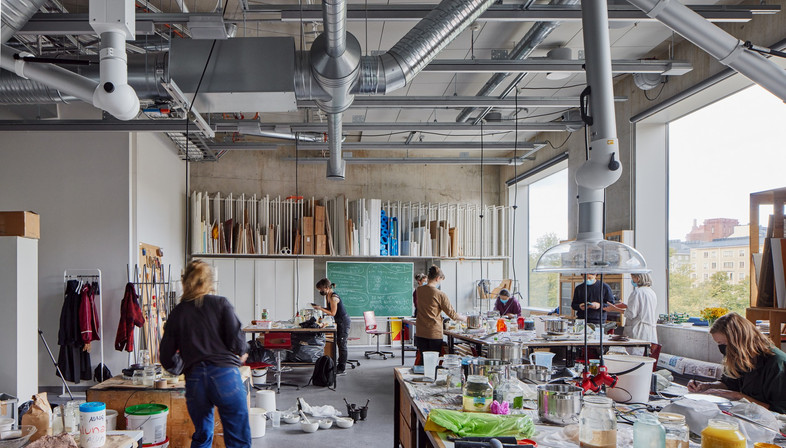 JKMM, one of the most innovative studios in Finland today, won the competition to design the Arts University of Helsinki in 2017, which was completed in 2020. From their previous location much further north of the city, the classrooms of the Academy of Fine Arts have permanently moved to Sörnäinen, next to the Theatre Academy, in a newly designed facility with plenty of space for activities open to students and the whole city. The lot chosen to host the new Uniarts was a typical industrial site: Sörnäinen was developed as a port area in the nineteenth century and became an important electricity generation station in the twentieth century, but many of the factories in the area have now closed. Parts of the district have been regenerated or transformed for residential use, and the neighbourhood has become a lively young city district, even while preserving its original layout. JKMM used the same approach in the architecture and interiors of the new university campus, which preserves the industrial imagery in a complex of orderly façades contrasting with dynamic interiors, spaces designed to host a variety of functions which are also open to the general public.
The project took place on Sörnäinen street, separated from it by an existing row of trees. The new building stands where there was once a big mill, completely demolished with the exception of a tall concrete silo in modernist style, which still stands as a symbol of the link between the neighbourhood’s past and present. The silo, renovated on the outside and adapted on the inside to contain design spaces, passageways and staircases, connects the Academy of Fine Arts with the Theatre Academy, located in the southern part of the block. The Theatre Academy has been housed in the famous Kokos building, an old soap factory built in 1912, for the past twenty years. Now the area to the north of this, on the eastern waterfront of Finland’s capital city, has also evolved as the district has changed. The Academy of Fine Arts, referred to as Mylly (Finnish for mill) because of the building that was there before it, maintains the old brick mill’s sober, austere look, which inspired JKMM’s brick construction with severe façades, scanned not by industrial windows but by broad, deep openings better suited to classrooms and workshops.
This image contrasts with the interiors, arranged around a courtyard illuminated from above. In the middle, a dramatic steel staircase cuts through the void, passing diagonally from one level to the next to connect all the spaces and offer a dynamic vision of the space. The programme of the Mylly building includes classrooms, arts and dance workshops, offices, a lobby and a gallery, a theatre, a restaurant, a bookshop and a rooftop terrace, all in an area measuring 13,000 square metres. 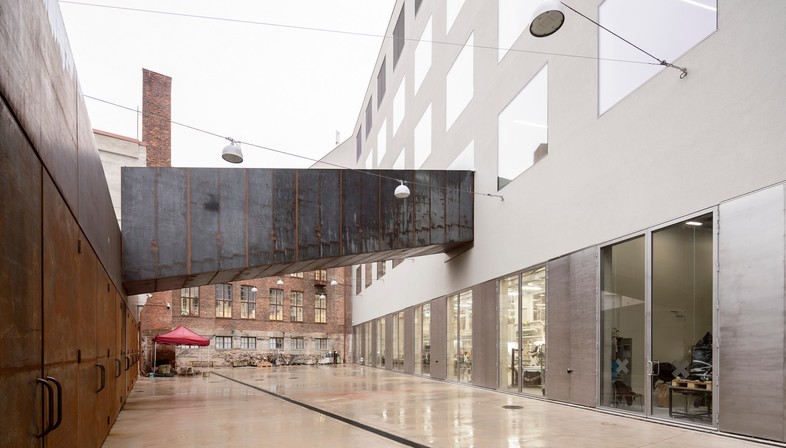 On the ground floor is an exhibition gallery open to the general public, while on the roof is a big open terrace for production and exhibition of artworks, with a grid of openings and beautiful views. “Our holistic design vision was informed by a need to bring people together into a building that allows flexible use but is also firmly rooted in its urban context. It was critical for us that the new spaces did not in any way limit what could be created within their walls but instead would inspire students to be bold and imaginative in pushing the boundaries of what they can achieve in the building. In reality, the spaces are only complete when the arts students occupy them and make them their own,” says project leader and co-founder of JKMM Asmo Jaaksi.
Long life and resistance were the key factors determining the choice of materials such as steel and concrete for a building that is subject to a lot of wear and must allow for changes in function over the course of its lifespan. The aesthetic choice of leaving them bare is motivated by the desire to convey a sense of energy and versatility through architecture, proposed as a primary source of inspiration for young creative artists. All the interiors have bare surfaces with no finishes or coverings, with plain wood from the construction site used to make the furnishings, bare concrete walls, unfinished welded steel, and utility installations left in view, creating the idea of a space that can contain any kind of idea and be transformed day by day. 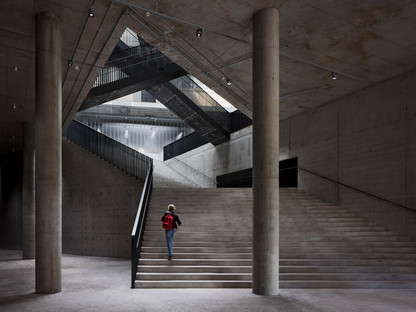 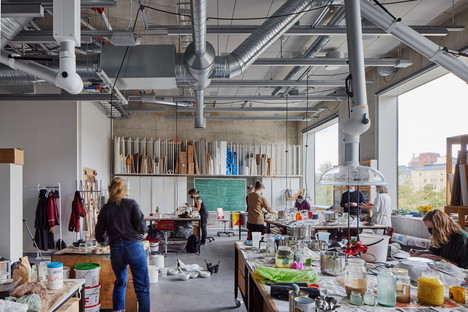 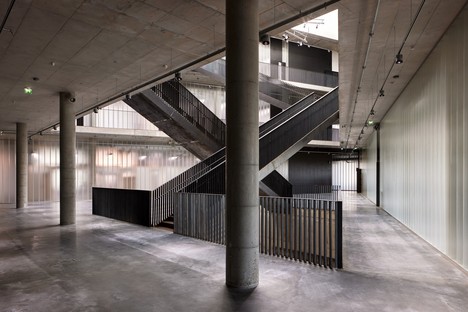 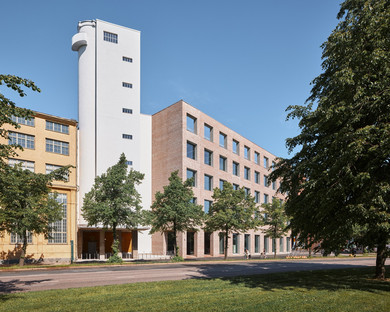 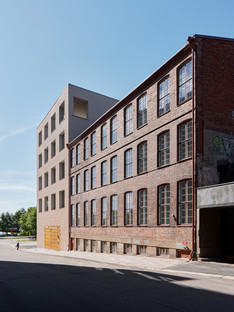 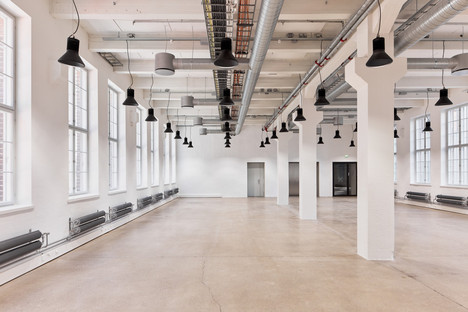 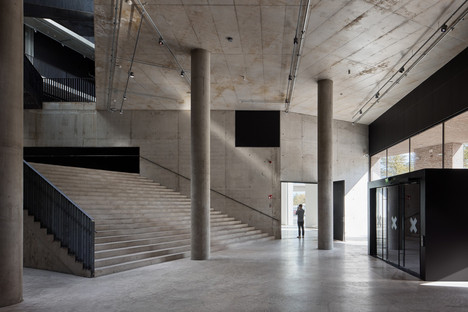 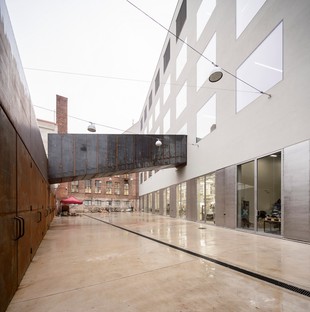 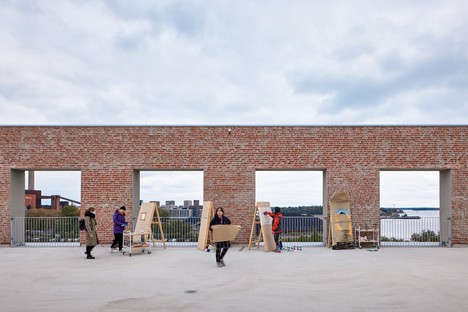 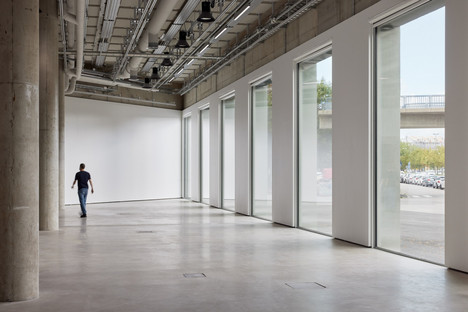 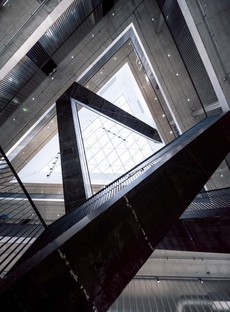 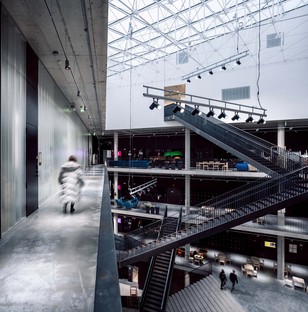 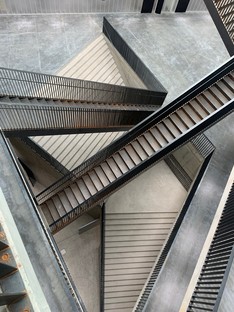 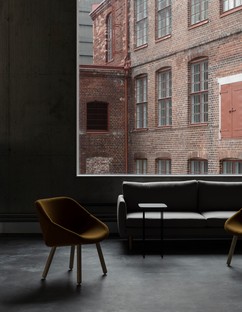 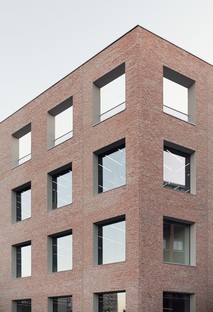 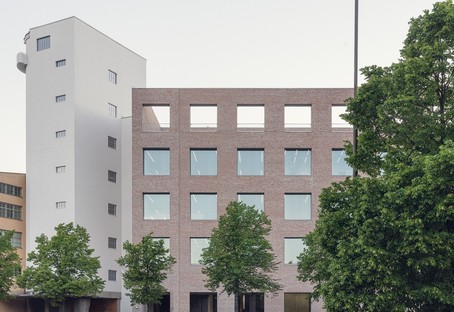 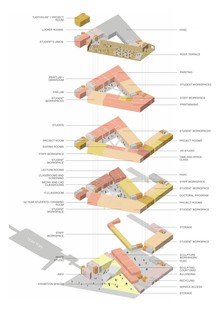 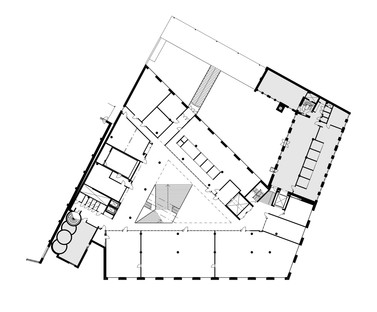 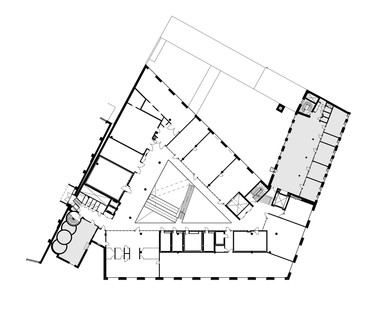 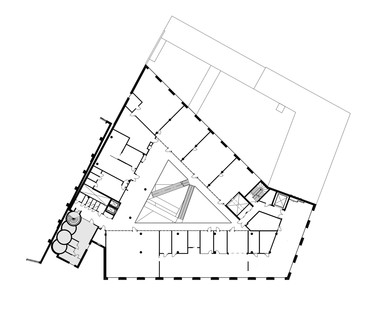 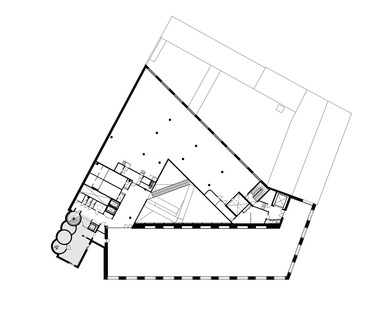 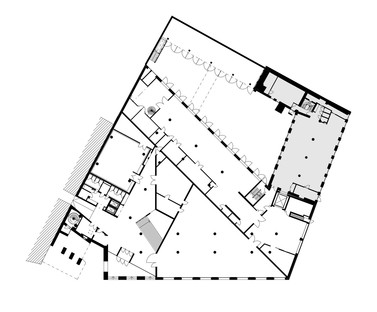