"CUBE" is a new Education and Self Study Centre at Tilburg University (the Netherlands) designed by KAAN Architecten, a project that blends into the surrounding landscape and the urban context of the Dutch campus. CUBE, an Education and Self Study Centre in Tilburg is the most recent project for advanced education and research by Dutch architectural practice KAAN Architecten. As in the studio’s other projects in the same field (the UAM campus in Piracicaba and São José dos Campos in Brazil, Institut des Sciences Moléculaires d'Orsay in France, and Erasmus MC Education Centre in Rotterdam), the architects paid special attention to the design of spaces for concentration and sharing of ideas. The centre was recently opened to the public, and the lively, frenetic everyday life that takes place in it now demonstrates how KAAN Architecten’s project has managed to capture and give architectural form to the clients’ expectations and the building’s true identity. 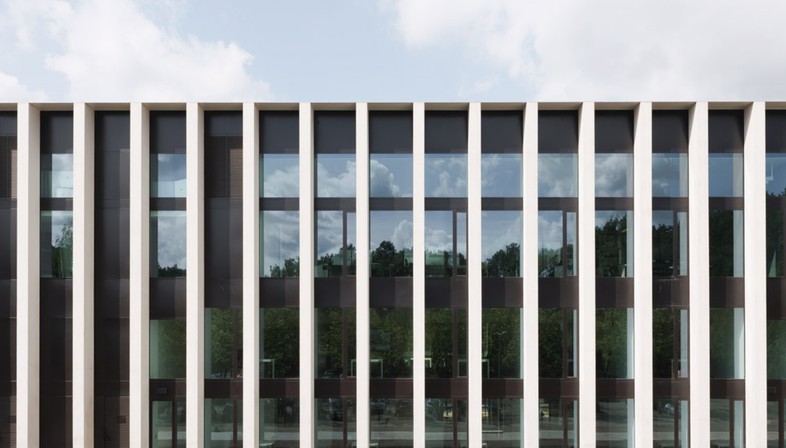 CUBE occupies the northwest corner of the Tilburg University campus, and as its name suggests, it is a compact volume of limited height which is nonetheless refined and elegant, a discrete building that fits harmoniously into the landscape around it and the context of the other buildings on the campus, including the Cobbenhagen of the Catholic College of Economics designed by architect Jos Bedaux in the sixties. Unlike the other volumes on the campus, CUBE opens up onto the greenery of the woods around it and is rooted in the landscape by paved pathways guiding users toward its doors. 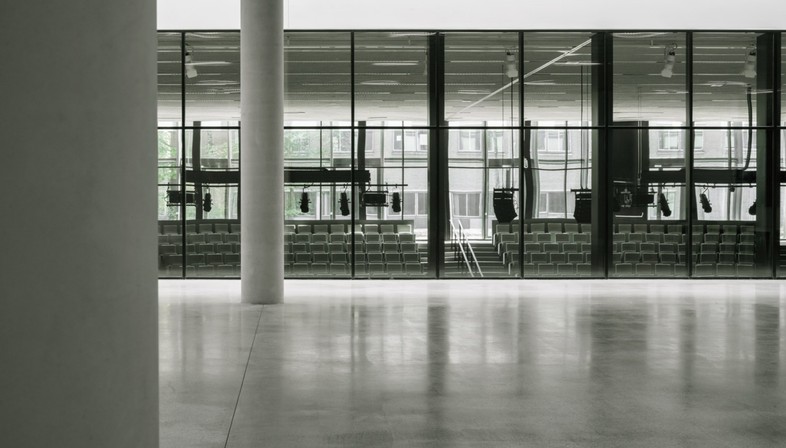 The 11,000 square metre building serves all the faculties on the campus, and the architects have created an open, spacious building which is used by about 2,200 students and teachers every day. To ensure smooth pedestrian flows and prevent overcrowding, the layout is arranged around a big covered study plaza, flanked by an auditorium and two patios. The big covered plaza is a welcoming, inviting place, flooded with daylight thanks to its tall ceilings and all-glass walls. The study areas are organised in different ways in the plaza, including more private seating areas as well as open spaces. There is also a dining area and a big white staircase with sinuous forms adding a sense of serenity and motion to the space in contrast with the right angles of all the other rooms in the building. 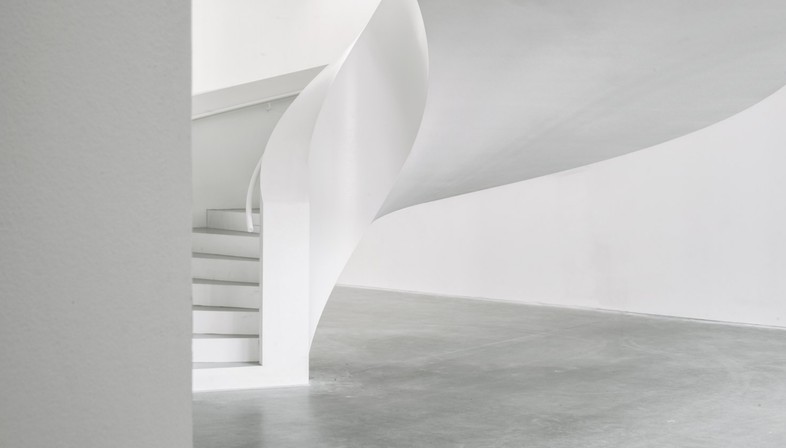 At the heart of CUBE is the auditorium contained in the volume, surrounded by glass walls. Two interior patios bring the landscape and greenery inside the building, next to which the architects have distributed on both levels study classrooms of small size with lower ceilings to encourage concentration and individual study. The educational spaces along the north, west and east walls are completed with fully fitted conference halls
(Agnese Bifulco) 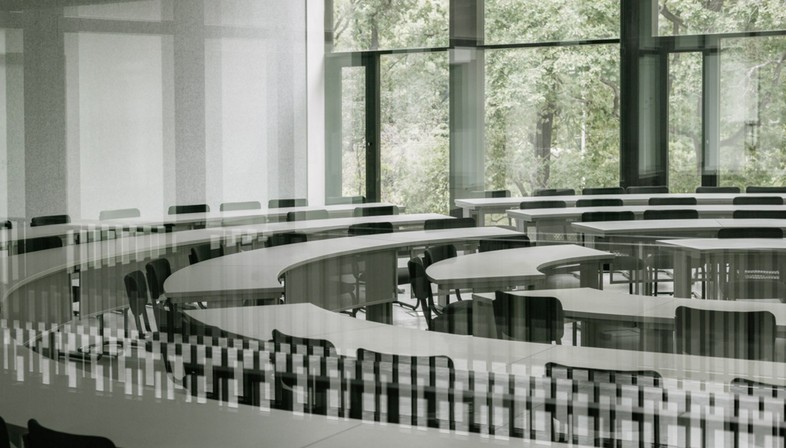 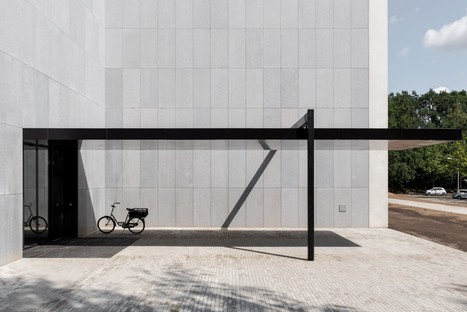 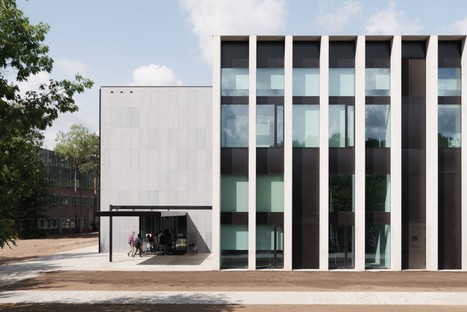 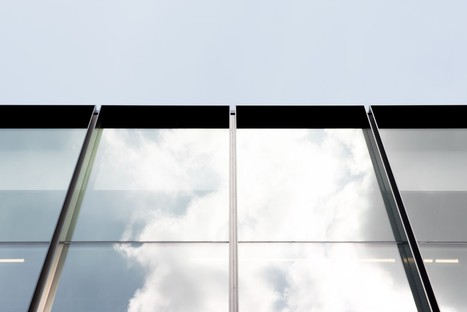 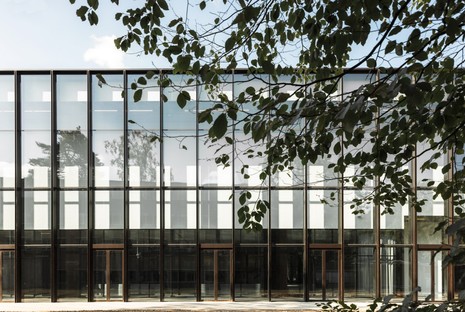 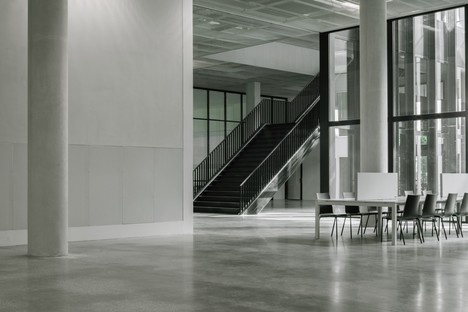 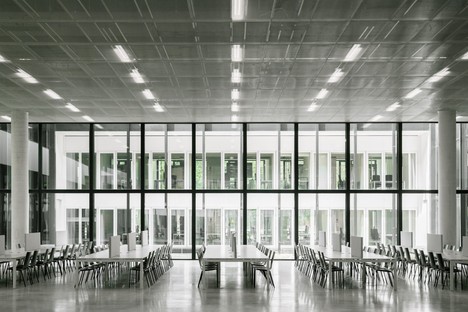 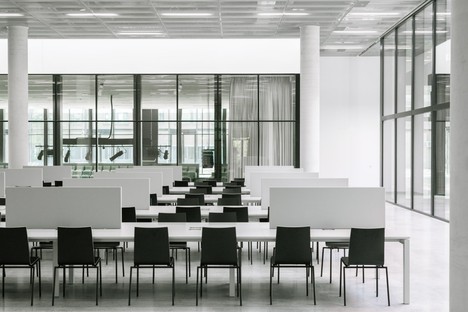 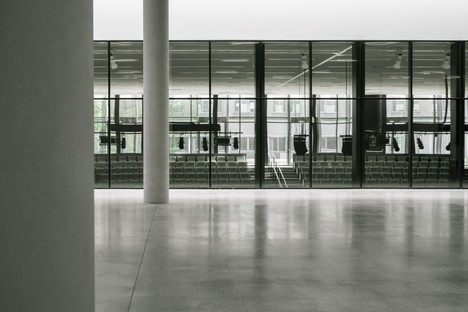 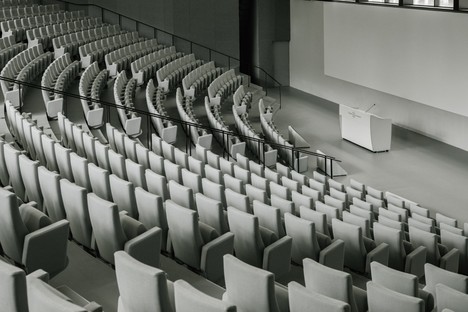 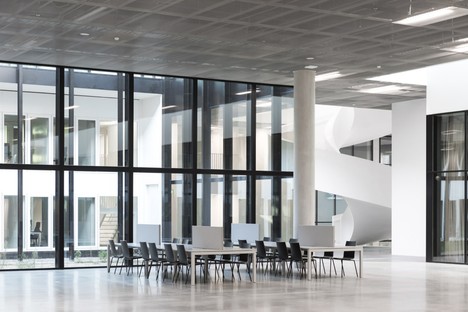 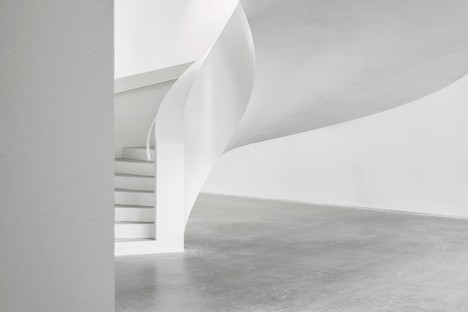 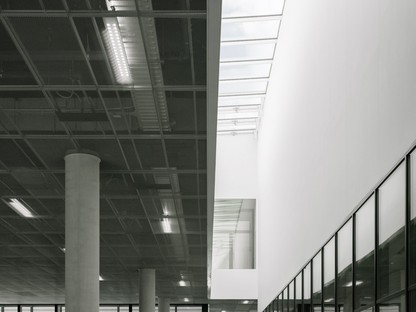 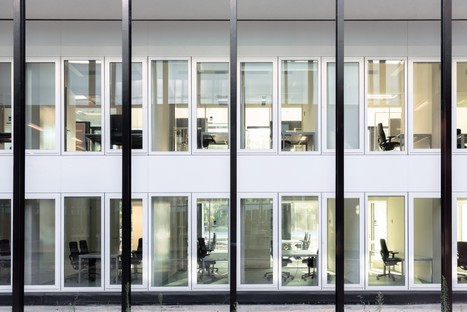 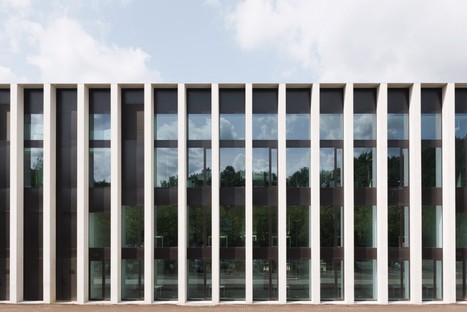