The LAND Milano srl landscaping studio will exhibiting at SpazioFMG with “LAND 25. 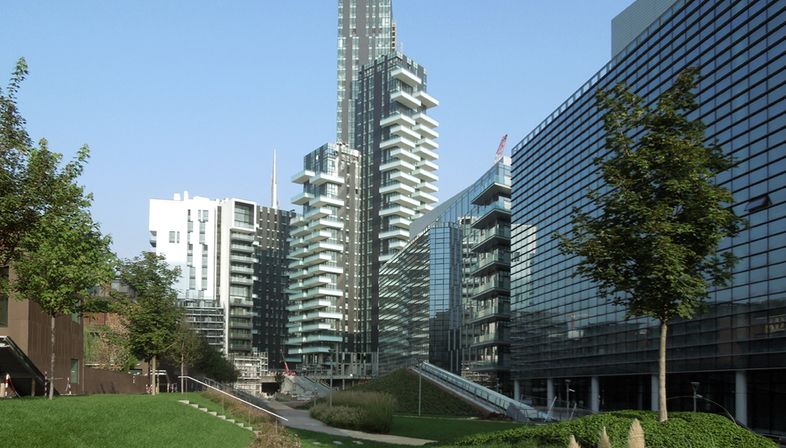 The LAND Milano srl landscaping studio will exhibiting at SpazioFMG with “LAND 25. Tribute to the Italian Landscape”. We took the opportunity to continue our showcase of the major projects designed by the studio founded by
Andreas Kipar and Giovanni Sala. 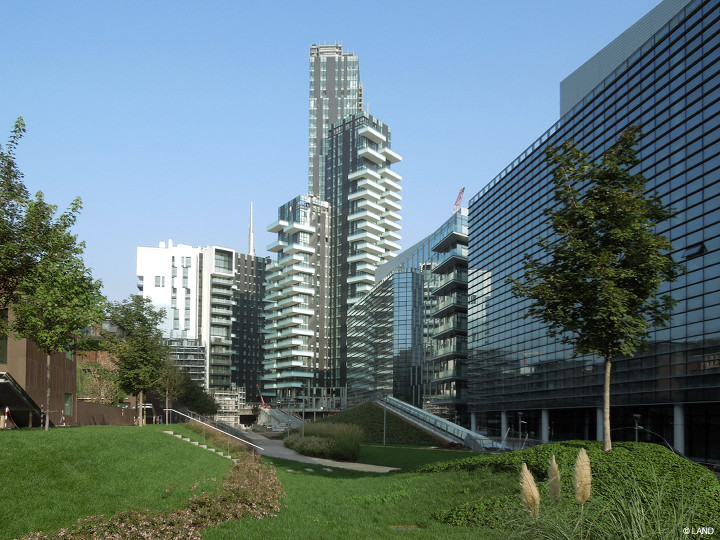 Last week, we blogged about Parco Portello, the most recent park project by LAND – Landscape Architecture Nature Development – in Milan. Today we’re looking at Porta Nuova in Milan, a project created to redevelop about 290,000 square metres of disused land that had been lying idle for more than 50 years, and that stands right in the heart of the city of EXPO 2105. 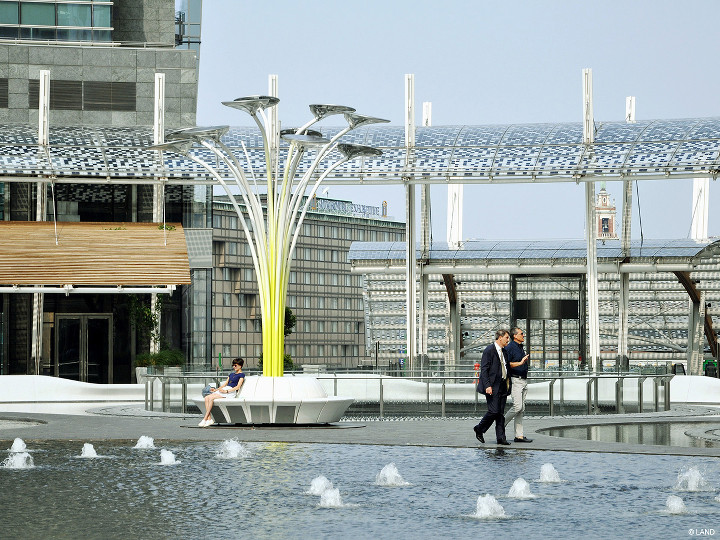 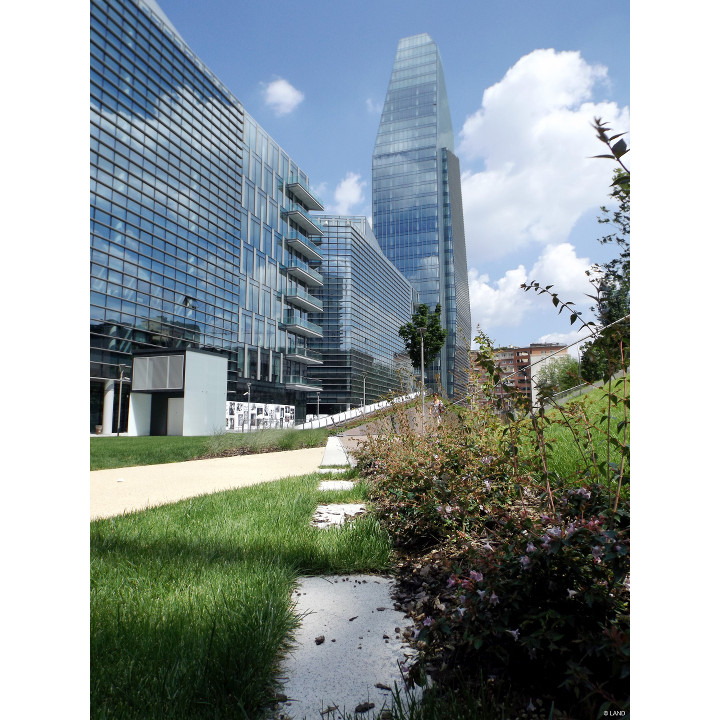 This project takes the concept of urban planning sustainability and extends it to social factors as well, because it sets up a new connection between the three adjoining districts of Garibaldi, Varesine and Isola. Porta Nuova, or new gate, will play a leading role in the run-up to EXPO 2015 as well as while it is running; its transformation is based on a successful combination of transport system, buildings and environment. At the same time, it is experienced as a natural evolution of the three districts, whose individual identity and history is preserved and enhanced with new public spaces, all converging in the single large park of Porta Nuova. 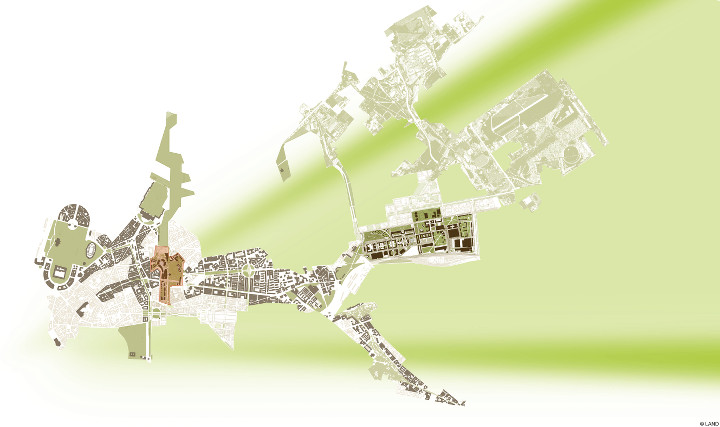 This is the first of the “Green Rays”, the concept developed by Andreas Kipar: those urban voids where green areas proudly stand out, structured and designed to strengthen the city’s ties with nature. 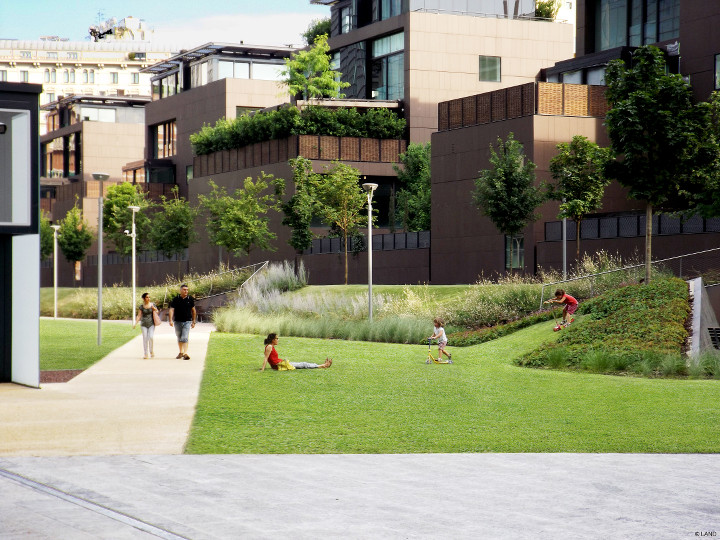 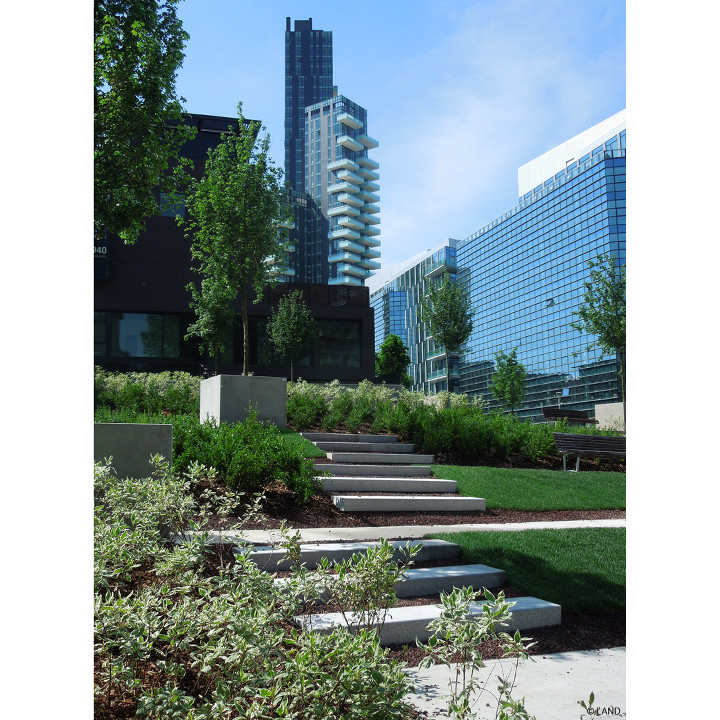 One of the aspects worthy of mention is the fact that, apart from the landscaping design by LAND Milano, which will be presented in detail in the exhibition at SpazioFMG, the Porta Nuova buildings follow the high level LEED guidelines.
This is a case where the different aspects of urban planning come together to produce a model of excellence for urban redevelopment. 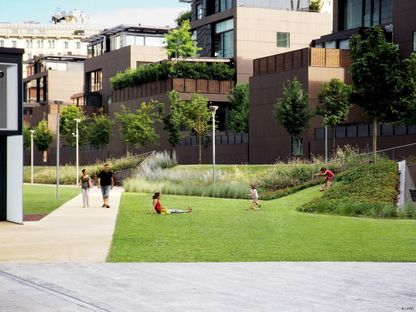 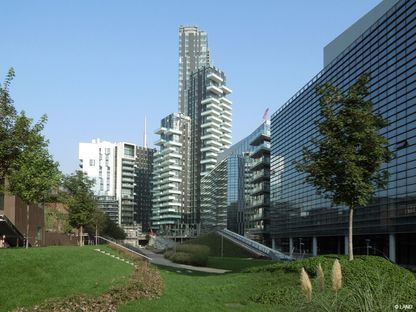 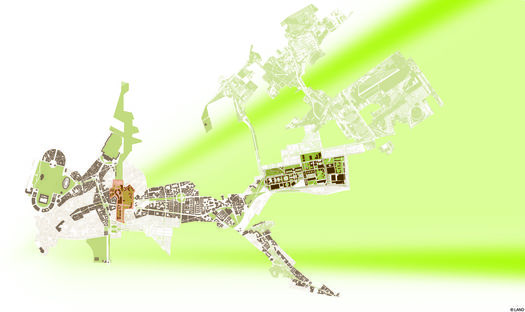 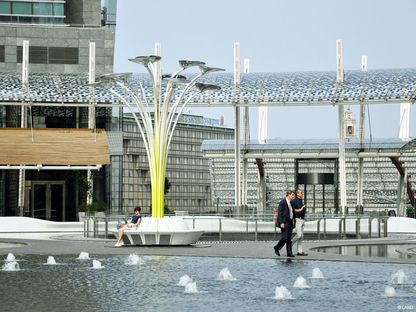 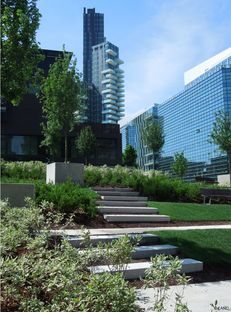 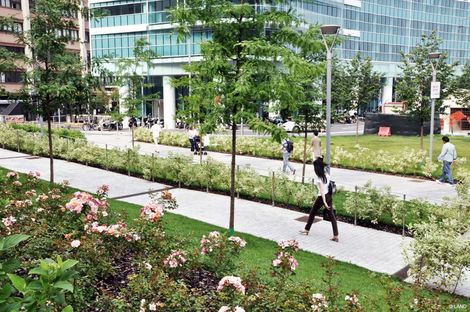 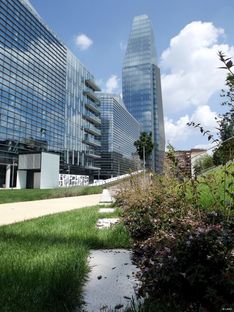 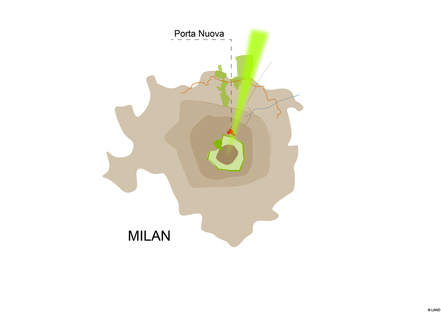