The new Municipal Swimming Hall in Louny, in the Czech Republic, designed by dkarchitekti studio under the direction of David Kudla, offers a new concept of the indoor swimming pool in which interaction between people swimming inside the building and passers-by outside plays an essential role in the architectural narrative. 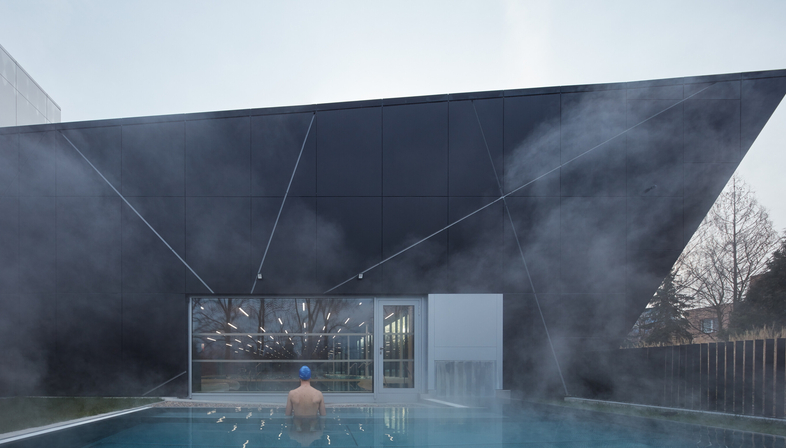 What would it be like to swim in a public indoor swimming hall that feels like a spa? In a beautiful, sheltered place that maintains dialogue with its setting? To find out, go to Louny, a town of about 19 thousand people on the banks of the River Eger in northern Bohemia, in the Czech Republic.
The city appointed dkarchitekti studio to design its new municipal swimming hall. The dkarchitekti team has worked on projects in the public and private sectors on a variety of different scales, working with timber-frame structures on the basis of the environmental principles of sustainable architecture. One of the studio’s goals is to contribute, with its works, to improving the quality of urban development as well as, of course, the user experience. This is exactly what they have accomplished with their new indoor swimming hall in Louny, bringing new value to the project’s urban surroundings in a central location on the town’s main street, a public square and nearby municipal office buildings.
The dynamic shape of the volume is characterised by a large, sculptural overhanging roof which frames the rippling glass façade to the south and wraps around the building on all sides. This ensures that swimmers in the hall, panelled with local wood, enjoy a splendid view of the world outside, a design solution replicating the sensation of swimming outdoors. At the same time, passers-by can see what is going on inside, and may be inspired to take up the sport themselves. In short, an intimate bond is created between the world inside and the world outside, something truly rare in an indoor pool, a type of building which tends to be closed-off and inward-looking, especially in the case of municipally operated pools.
But in Louny, the creativity of dkarchitekti studio ensures an entirely different approach focusing on inclusion of citizens, supported by the building itself, a new landmark on the site. The significant slope of the roof corresponds to the slope of the local terrain, and the overhang has been designed to regulate the penetration of the sun’s rays at different times of year, controlling the amount of light and heat entering the building.
The north side of the volume contains the pool’s bar, showers, wellness area and sauna, standing out from the crystal mass with its cooling terrace for going outside in the fresh air after a hot sauna, located on the building’s coldest side, with a view toward the mountains of Bohemia.
The architects allocated the technical part of the building, with plants and storage space, to the basement, again in response to the original differences in the level of the terrain. Taking advantage of local conditions in this way allowed them to reduce earthmoving and excavation work to a minimum, saving time and energy.
Highlights of the project recalling luxury spas and classic bathing resorts include an outdoor whirlpool on the west side of the building and a water slide with a stairway tower, positioned on the town’s main road to attract attention to the pool.
dkarchitekti studio’s project for Louny demonstrates that positioning a swimming pool in the city’s public space naturally encourages people to participate in sports and recreational activities inside the facility. And, to let the architects have the last word: „With its openness, the object enhances a positive perception of the swimming hall’s area as a space intended for anyone, breaks down possible prejudices about the sports environment and motivates the locals to improve their physical condition.“ 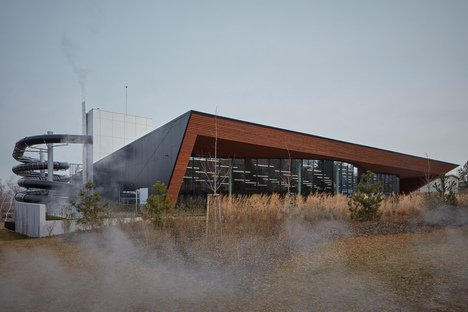 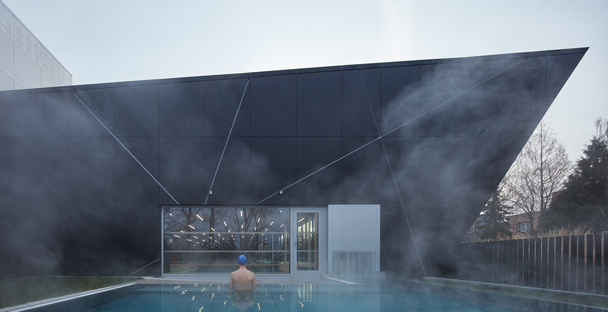 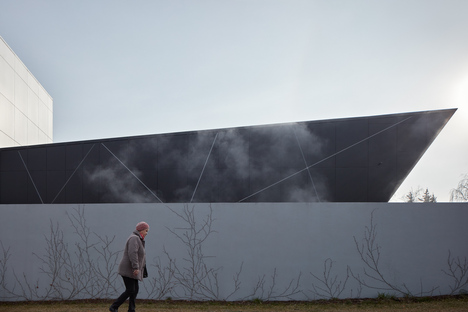 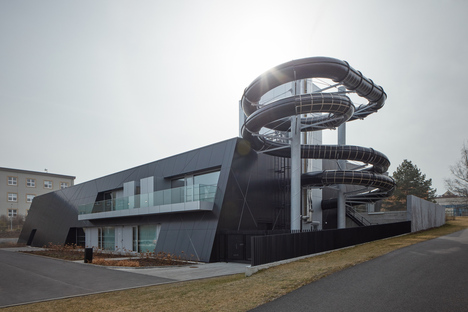 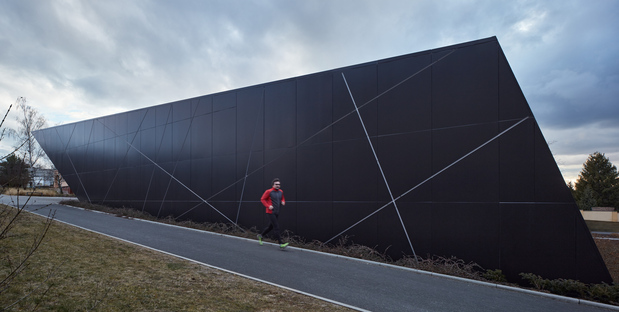 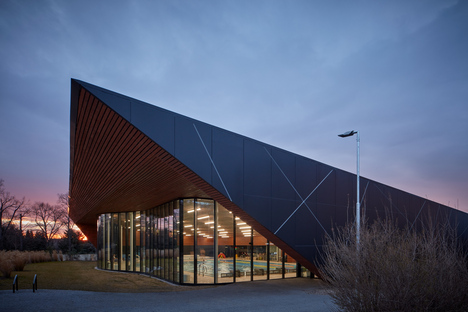 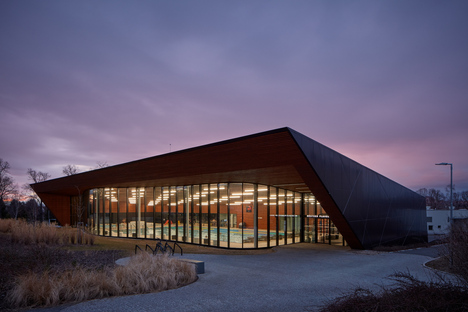 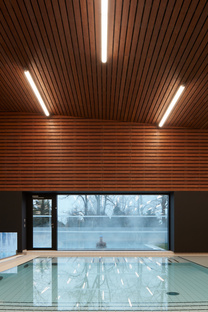 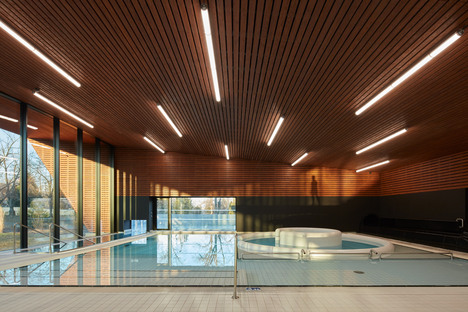 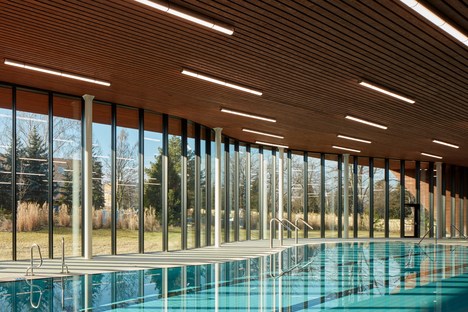 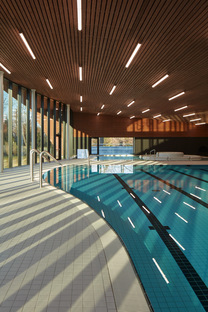 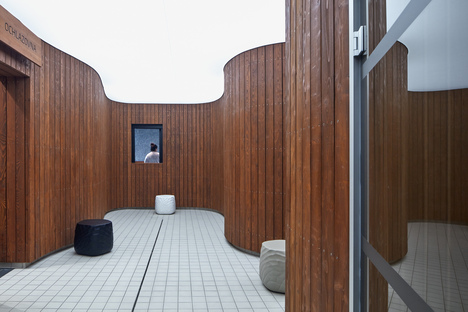