Photographer, architect and lecturer, Leon Krige has been documenting cities and the changing urban fabric since 1983. 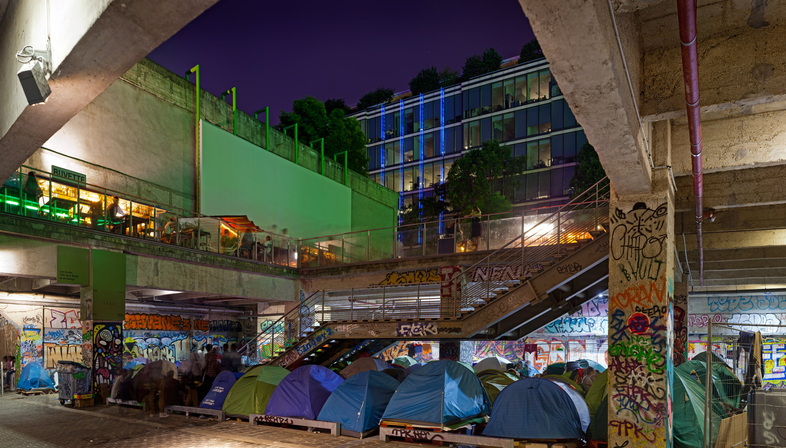 Photographer, architect and lecturer, Leon Krige has been documenting cities and the changing urban fabric since 1983. He takes his photos at night when the contrasts are clearer to the careful observer. Now his shots are being showcased at the ABC Architectuurcentrum Haarlem, the Netherlands.


Knowing how to interpret the urban space and make it comprehensible even to the untrained eye is one of the great strengths of people like Leon Krige, who has been photographing cities for years and years. Still, his work doesn't focus on portraits of single iconic architecture but rather on the city as a whole, where the people who live there become important testimonies to the changes taking place.
These photographs - taken in cities like Johannesburg, where Krige lives and teaches architecture at the university, or Rome, a city which is particularly dear to him - also contain elements of reportage. This fact brought them to the attention of the ABC Architectuurcentrum Haarlem, which selected his shots for an exhibition on urban outcasts, the “Dakloos”, which is Dutch for homeless.
The title focuses on some of the elements portrayed by Leon Krige on his nocturnal wanderings through the belly of the big cities, the places where not many dare to go. His photos are never quick snapshots taken on a whim, they are well thought out, also because of his background in analogue images. He carefully chooses the moment to immortalise and it can take him many hours to come up with just the right shot. He manually sets the exposure and focus for his photographs and the end result is put together to create multilayer pictures. With this method, he manages to give visibility to the wealth of details in the city. This means that visitors to the exhibition - opening on 8 March with the photographer in attendance - can also appreciate those painful moments in the lives of these outcasts who emerge at night, when the cities empty. Indeed, the architecture, the lights and the infrastructures photographed by Leon Krige are none other than the stage set for hundreds of thousands of people. The same people who go about their routines here - for better or for worse - and provide a narrative of how cities across the world are growing and transforming. This growth is not always smooth, planned and ordered: it is often improvised and occurs so fast that it has very little structure.
In his photography project, Leon Krige also wondered if and how refugees and the homeless could obtain better, safer and more pleasant shelters. To this end, he gave his students the task of carrying out design research into the various locations of the cities he visited - Johannesburg, Rome and São Paulo, just to name a few. He asked them to take into account the different local conditions, such as climate, cultural background etc. to design and make simple, easy shelters using materials found locally.
From 8 March through to the end of April, a selection of Krige's photographs will be exhibited at the ABC, as well as a shelter designed by one of these students. The exhibition also addresses the issue of the homeless in the Netherlands. Which is why it will also feature graduation work by architect Patrick Roegiers, who designed the so-called Bed-steeg for the homeless in Amsterdam. 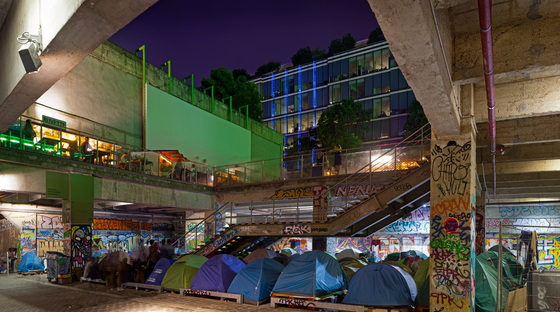 Iphiko – an environmentally efficient elementary school in a township near Johannesburg