Johannesburg-based academic architect Leon Krige has been documenting his city since 1983 - the urban fabric of an African city in transformation. 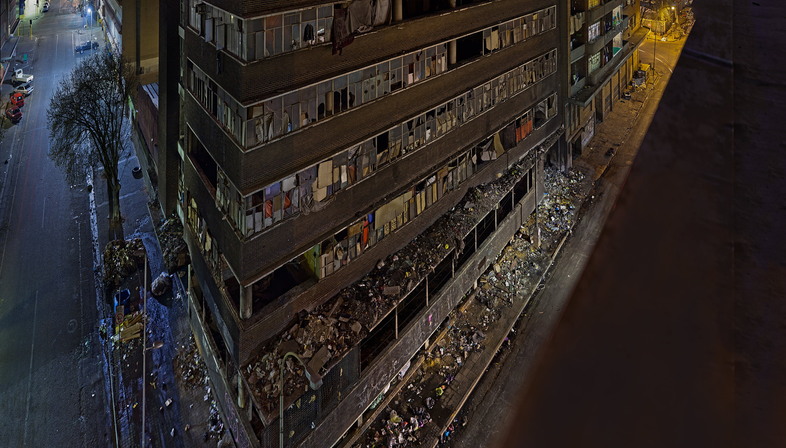 Johannesburg-based academic architect Leon Krige has been documenting his city since 1983 - the urban fabric of an African city in transformation. He takes his photos mostly at night when the contrasts are clearer to the careful observer.


Pictures of a buzzing metropolis. At first glance, this is what the night-time photos by Johannesburg-based architect and professor Leon Krige look like.
Colours, skyscrapers, infrastructures all seem to be part of Yozi's world, in an almost picture postcard atmosphere. Then something about them starts bothering you. Your eye takes you beyond the curtain of lights and into a myriad of details.
This effect is obtained by Leon Krige's habit of wandering the city at night, when it is laid bare, setting up his tripod and camera wherever his inspiration takes him. He walks the city streets to find out all about it and to really understand its space. He admits that this is an unusual approach, but he feels that it's the only way to empathise with the places he portrays.
The mainly takes his photos from high places - rooftops, hills - where he can look down on the city, to best frame the cityscape, the inhabitants and their footmarks. He takes his time, and carefully chooses the moment he wants to capture for all time. He manually sets the exposure and focus for his photographs and the end result (high-resolution RAW) is put together to create composite images. With this method, he manages to give visibility to the wealth of details of Johannesburg, a city that has gone through so much transformation since the advent of the first democracy in 1994.
When you stop and look at each single photo, which in turn are fusions of moments, you realise that the buildings, the lights, the infrastructures that he has photographed are none other than the stage setting for hundreds and thousands of people. All the different kinds of people who go about their daily lives here: the homeless, the refugees, the model citizens.
It is interesting to see how in his shots, the apparent and at times obvious precarious nature of some of these situations do not matter because Leon Krige doesn't want to put any blame on anyone. His intention is to tell the visual story of Johannesburg and its greater metropolitan area, creating a narrative that is distinguished by his same ethical approach, also towards the people he photographs, who are never recognisable.
In conclusion, his great expressive force lies in allowing anyone who is open to dialogue with his composite images to learn about South Africa's most densely populated city - Johannesburg - for what it really is, so you can stand beside him and say “Jozi, a city in transformation”, from the “gold rush” to the “high city” to the suburbs and the flyovers. 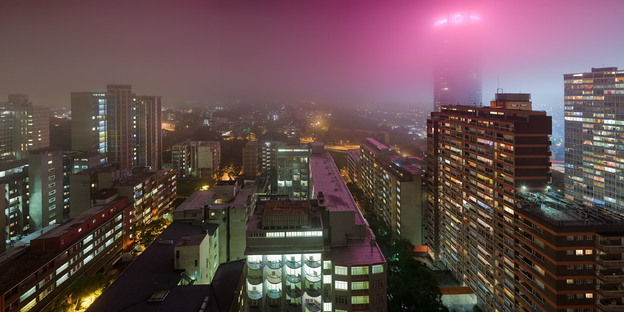 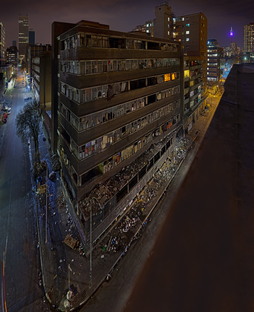 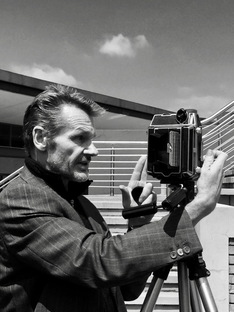