The French Pavilion, curated by Christopher Hutin, presents "Communities at Work". Five specific case studies from different continents - Europe, Asia, America and Africa - provide examples of how we will live together in a world in which communities directly affect their everyday living spaces. 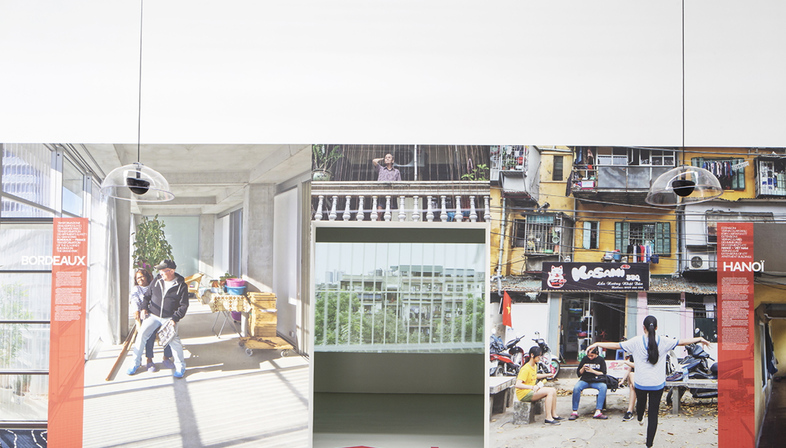 A handful of keywords seem to crop up time and time again in this 17th International Architecture Exhibition at Biennale di Venezia , one of which is "communities", be they resilient, as in the case of the Italian Pavilion, or "at work", as in the case of the French Pavilion. Here, the exhibition curated by architect, researcher and director Christophe Hutin offers concrete examples of "how we will live together".
The various approaches that the French Pavilion offers us a deeper insight into all spark from improvisation being used as an opportunity to transform our living environments. Through their actions, these "communities at work" take possession of their environments, allowing them to create common areas where the management of their living spaces is open to debate rather than following a formal, theoretical framework as designed by an architect. In showing this, Hutin is sending an important message: if we citizens are not the ones to take our future into our own hands, there is little hope of things developing as we would like them to. Communities seem to be the most relevant resources to transform lived environments, as they produce new ways of considering "spatial" contracts through the bottom-up approach that they take.
Indeed, this is a very important reflection if we are to provide answers to the question "How will we live together?" - a question which, as we have previously established, cannot be left down to architects alone. The French Pavilion is well aware of this, and perhaps even more so the curator, architect Christophe Hutin, who has worked and lived on different continents and is au fait with the situations and examples under examination. An important role is played by Bordeaux, the ‘G, H, I’ project, which saw the transformation of three occupied social housing buildings in the Cité du Grand Parc, Bordeaux. The project was the work of a team made up of the winners of the Pritzker Prize, Anne Lacaton and Jean-Philippe Vassal, with Frédéric Druot and Christophe Hutin as associate architects, and garnered the European Union Prize for Architecture - the Mies van der Rohe Award - in 2019. Mérignac, meanwhile, is home to two emergency settlements built in Beutre in 1968 and 1970 as a place for returnees, ‘migrant workers’, and the residents that gentrification had pushed out of the centre of Bordeaux. Initially temporary and rudimentary in nature, the settlements became permanent.
Christophe Hutin and Daniel Estevez’s "Learning From" workshops are launching in Johannesburg and aim to start a discussion and spark reflection on the role and implications of architecture as it relates to social issues. Meanwhile, an analysis of the extension of buildings in neighbourhoods with collective housing, KTT, by residents in Hanoi, Vietnam leads us to understand, from a transversal perspective (technical, thermal, architectural, urban), that taking residents’ ability to act into consideration can be a crucial element in a transformation project. This is a fact that Hutin had already noticed when he was working in Detroit back in 2013. The idea was to convey to the community that it is important to acknowledge the value of the things around us and to transform people’s outlook.
Hutin tells us all this with an exhibition that is as effective as it is simple, comprising images in motion whose immaterial dimension transcends the neo-classical architecture of the French Pavilion. The exhibited films are triptychs, in reference to painting, but also to the film "Napoleon" by Abel Gance, from 1927. The central image of each triptych is a tracking shot showcasing the lived environments in question. On each side, there are images from everyday life, along with images of the transformation processes undertaken by both the architects and the residents. This allows us to immerse ourselves - very freely and outside of any hierarchy - into the realities of these communities, with us as spectators making the connections, as per the principle of emancipation championed by the experiences recounted in the pavilion. Thanks to this approach, we greatly enjoyed the French Pavilion; visitors are treated like thinking beings who are capable of drawing their own conclusions, without the need for lengthy explanations. 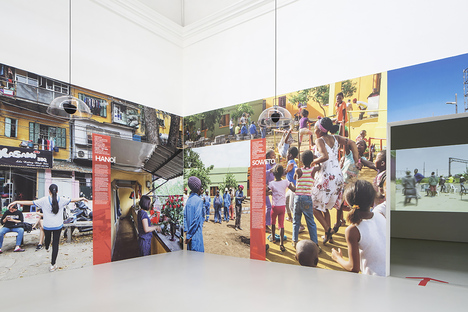 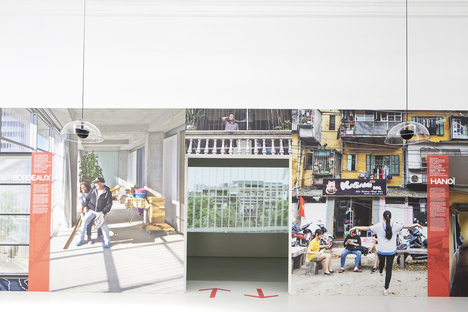 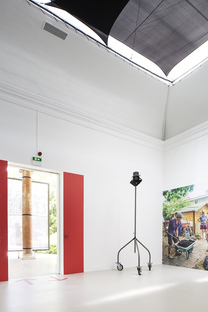 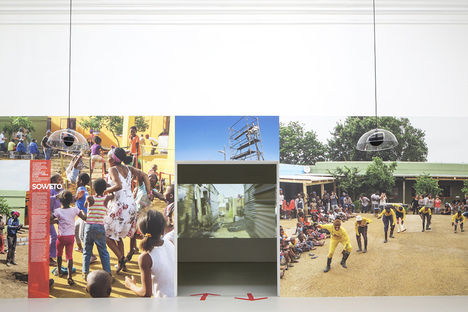 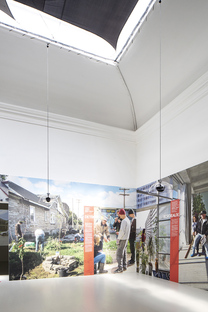 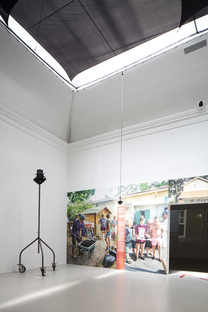