Luzinterruptus, the Spanish art collective created the installation called “The Plastic We Live With” for the FAB Festival de Bordeaux in collaboration with the city council, as a visual and tangible way to make us more mindful about the excess of plastic in our lives. 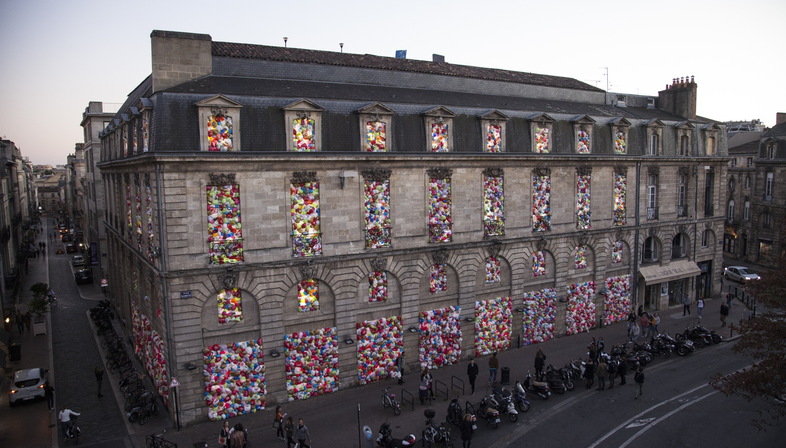 Luzinterruptus, the Spanish art collective created the installation called “The Plastic We Live With” for the FAB Festival de Bordeaux in collaboration with the city council, as a visual and tangible way to make us more mindful about the excess of plastic in our lives.


Our readers already know Luzinterruptus, the Spanish art collective whose artistic initiatives - like the PlasticWaste Labyrinth in Madrid (link) - aim to enlighten people about their environment.
As part of the FAB Festival de Bordeaux (link), the city council of the French city of Bordeaux invited the artists to create a visually striking installation that would stand out both day and night to raise awareness of the excess of plastic in our lives. This ubiquitous material is everywhere, not just creating huge islands of plastic in the oceans (link) but now even as tiny particles in the water we drink and the food we eat.
“The Plastic We Live With” addresses the fact that recycling plastic is not enough, it won't fix the problem that is choking our planet. The French government, like other government authorities elsewhere, has banned the use of single-use plastic bags, replacing them with paper or biodegradable bags. The question of the “bag” became the focus for the installation created on the facade of the old Virgin Megastore in Bordeaux.
Here, Luzinterruptus and more than 30 volunteers, who collected the old plastic bags and recycled plastic and also helped position and remove the 6,000 bags from shops across the city, filled every nook and cranny in the facades with these bags.
The bright colours of the collected bags made “The Plastic We Live With” visible and experiential during the day by showcasing the more tangible and shocking side of the installation, where the bulging plastic looked like it was going to burst out of the building, whereas at night the backlighting gave it a beacon effect that added an ethereal and poetic touch to the installation.
“The Plastic We Live With” was presented for four days during the FAB Festival de Bordeaux. At the end of the 4-day period, the installation was carefully dismantled, leaving no traces on the building and sending all the material used for proper recycling.

Project: Luzinterruptus, http://www.luzinterruptus.com/
Location: Bordeaux, France
Year: 2017
during FAB Festival de Bordeaux
Thanks to the Bénévoles en Action association, to the City of Bordeaux's cultural department, to the FAB Festival de Bordeaux organisation, to the generosity of Financiere Immobiliere de Bordeaux real estate agency for the free use of the building and to the Transfert artists who allowed Luzinterruptus to cover their artworks for a few days.
Images: Courtesy of Lola Martinez 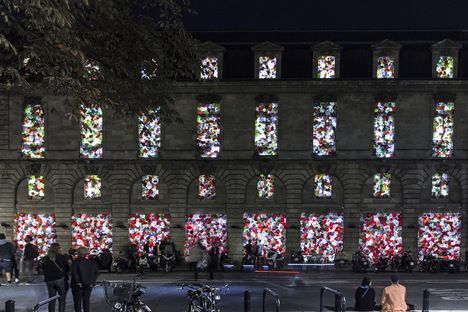 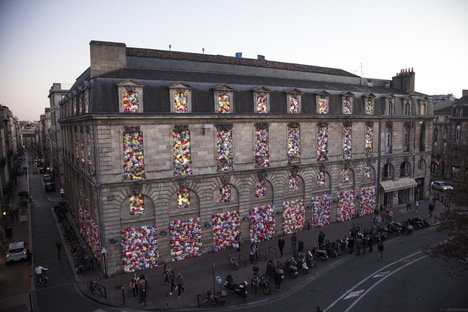 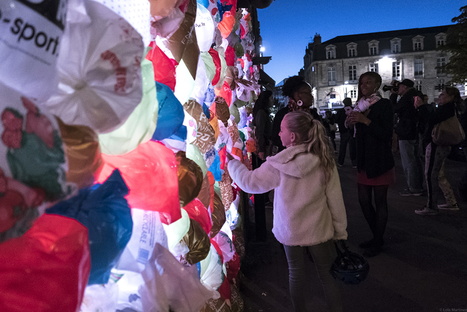 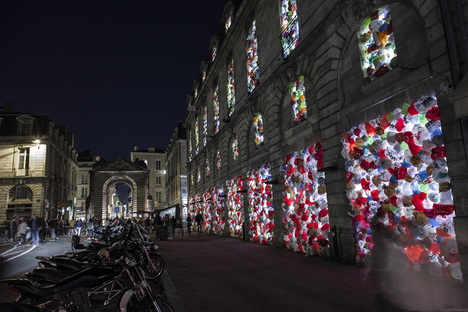 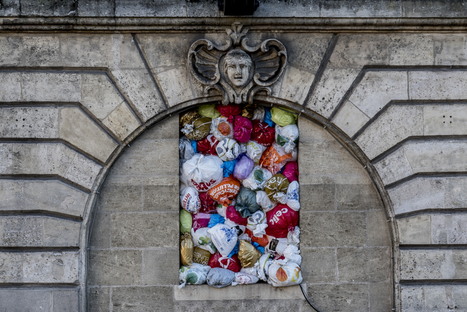 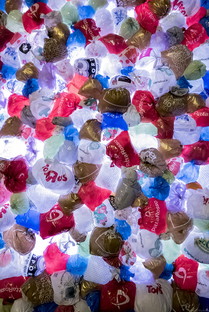 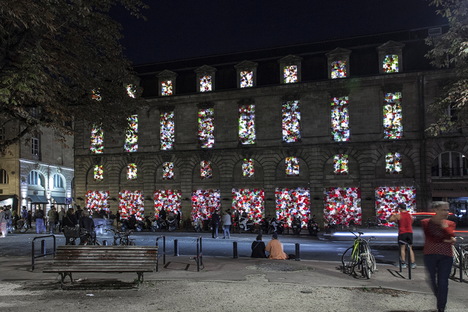 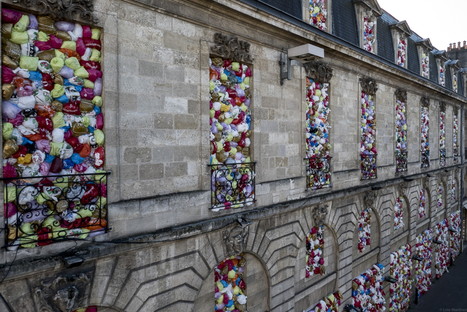 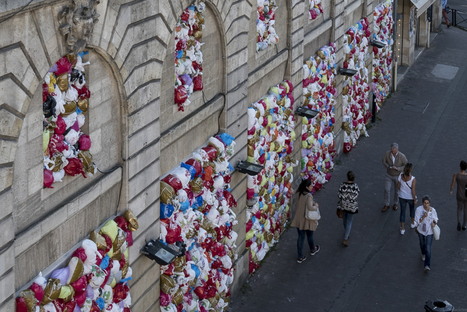 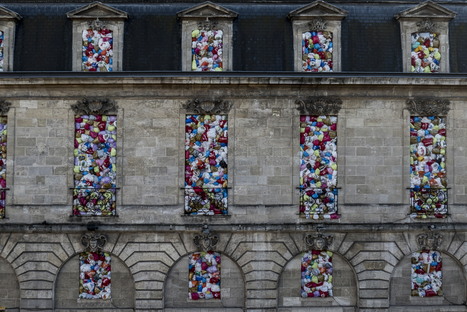