The battle continues against the plastic that is polluting our planet and threatening to stifle the Pacific Ocean. 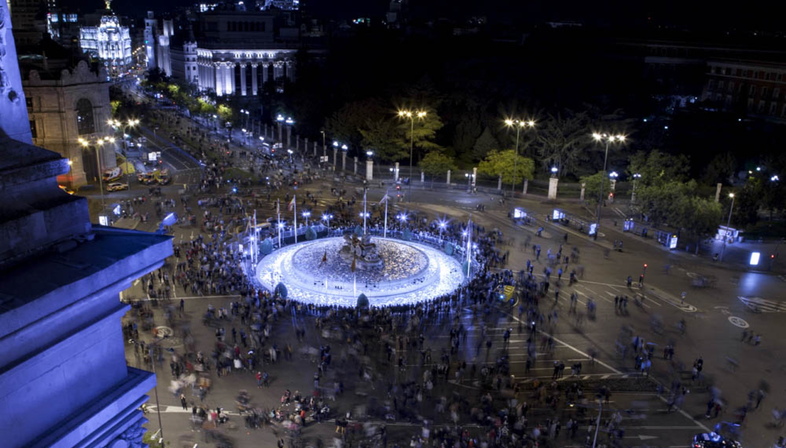 The battle continues against the plastic that is polluting our planet and threatening to stifle the Pacific Ocean. Luz Interruptus, the Spanish creative collective has created an art installation in Madrid that shows the impact of the so-called "eighth continent" made of plastic.


We all know how harmful plastic is to the environment if it is not recycled properly. At the same time, however, only a small part of that same, omnipresent plastic ends up in the recycling process that would limit the environmental damage inflicted by this biologically "inert" or very stable substance. This means - also in light of the fact that there are no microorganisms capable of eating plastic - that across a 450-year period, a small bottle of water tossed away distractedly will break up but will not be completely eliminated and therefore minuscule pieces of plastic will be found in sand, sediments and increasingly in fish, but also in drinking water, thus returning to us with consequences for our health.
For years now, Luz Interruptus, the Spanish creative collective has been actively raising awareness of the use of plastic through the medium of art. Luz Interruptus adapted “Plastic Islands”, an installation they developed in London for the Lumiere London 2016 festival to recreate a similar event in Madrid during the “Luna de Octubre” festival. The plastic island was installed in the three most emblematic fountains of the Spanish capital - Cibeles, Neptuno and Apolo - not far from the Prado to tell passers-by about the existence of this eighth continent on planet Earth: 4 million tons of plastic in various sizes forming an island of about 22,000 km with a depth of 30 metres in the middle of the Pacific Ocean, which is not only transforming the marine ecosystem but is announcing a global ecological disaster.
As is their habit, Luz Interruptus created a visually striking installation by covering the whole surface of the three fountains with crushed plastic bottles that the artists collected during the three months prior to the installation after appealing to companies, small businesses, recycling plants and official organisations. The same ones that then disposed of all the material used to guarantee the sustainability of the operation.
During the night, the three fountains were backlit so that passers-by could get an idea of the eighth continent that is threatening our future and begin to reflect on how to limit the use of plastic - a small action of the individual that is of huge importance to all of us.

Project: Luz Interruptus - http://www.luzinterruptus.com/
Location: Madrid, Spain
Year: 2017
Images: Lola Martinez - http://www.martinezlola.com/
Thanks go to the coordinators Montaña Pulido and Susana Sánchez, Burna who produced the piece; the organisers of Luna de Octubre and the companies and organisations involved, as well as the friends from Workout 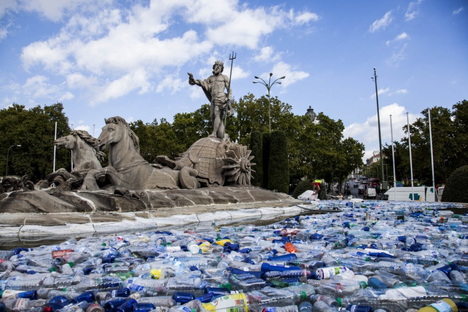 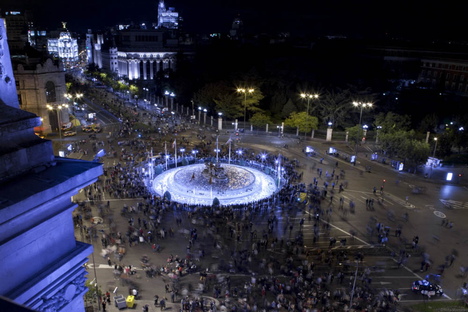 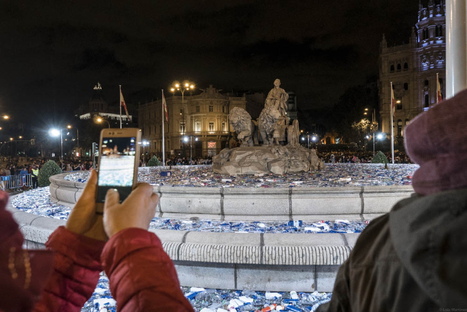 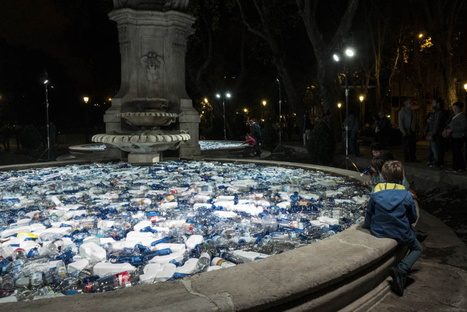 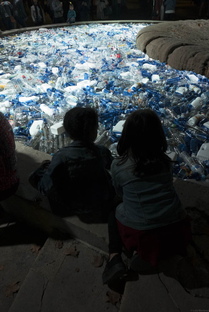 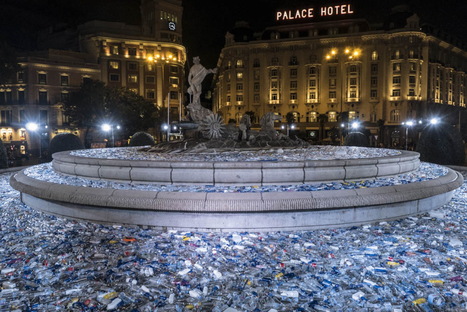 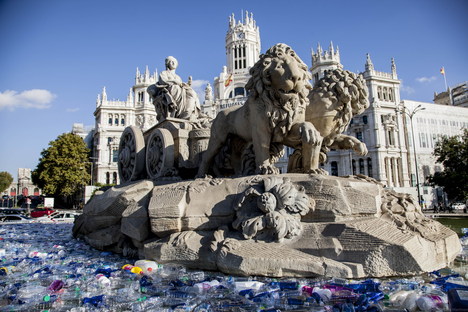 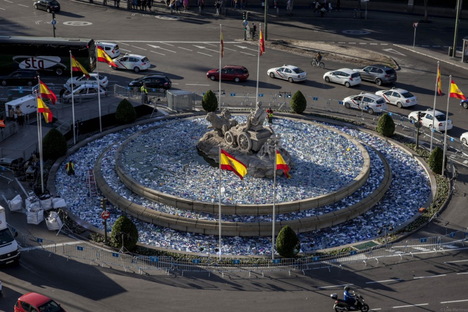 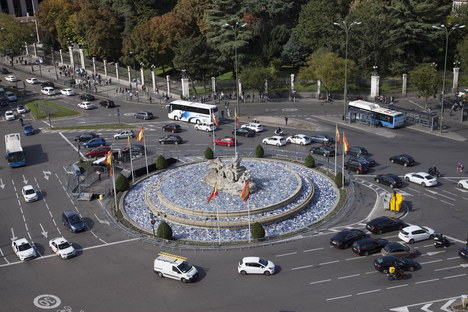 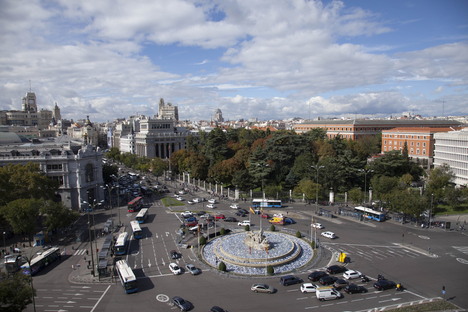 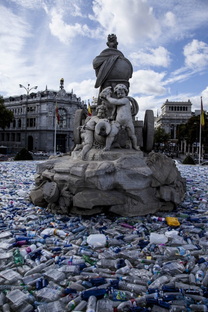 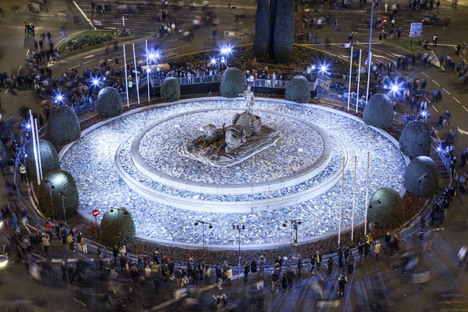