The Spanish collective LuzInterruptus has been active for years with artistic initiatives aimed at raising environmental awareness of citizens and it has used 15,000 plastic bottles to craft an installation called PlasticWaste Labyrinth in Plaza Mayor, Madrid. 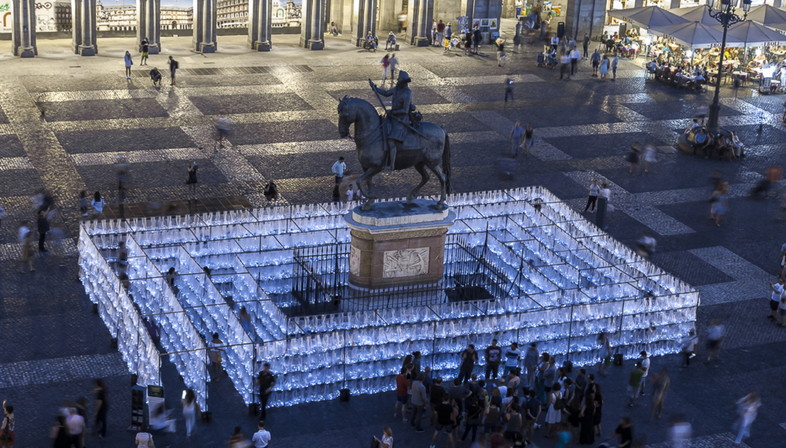 The Spanish collective LuzInterruptus has been active for years with artistic initiatives aimed at raising environmental awareness of citizens and it has used 15,000 plastic bottles to craft an installation called PlasticWaste Labyrinth in Plaza Mayor, Madrid.


A luminous labyrinth of 300 square metres around the statue of King Philip III in Plaza Mayor.  What looks like a magic-filled, gorgeous light installation in photographs is, instead, according to the creators, artists and activists fromi LuzInterruptus, a claustrophobic experience with a huge emotional impact.


PlasticWaste Labyrinth aims to highlight how much plastic waste we generate every day, with just a small part actually recycled while the rest is invading nature, and the oceans in particular, where huge plastic islands are destroying the ecosystem. But the important thing for the artists was for this to make visitors uncomfortable in the 170-metre labyrinth, surrounded by 3-metre high walls made from illuminated bottles hanging in clear bags.
They were assisted by the torrid, late June temperatures in Madrid during the four days of the installation, in the middle of the labyrinth with its thick walls where the magical light of the hanging bottles passed through but the air didn't, making the deliberately desired sense of claustrophobia even stronger. Because, despite its apparent lightness, plastic is choking our planet.
To create the work, LuzInterruptus invited citizens, the traders' association in and around the plaza and some organisations, including hospitals, to collect the 15,000 plastic bottles used in the run-up to the installation. Unfortunately, they didn't get much support from the waste management company because in Spain PET waste is not separated from containers made from other materials. Hopefully, this situation will change, perhaps thanks to artistic interventions and installations like this one by LuzInterruptus, where the creative use of light helps raise the public's awareness of one of the major environmental themes of the moment, where even individual action can make a difference. 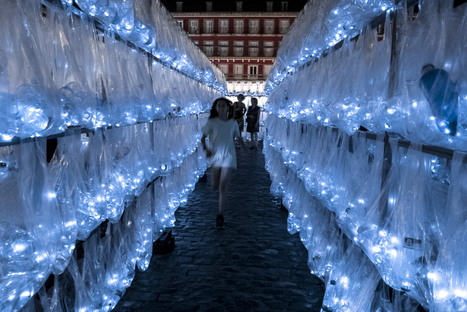 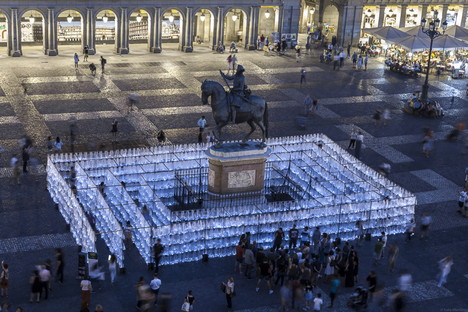 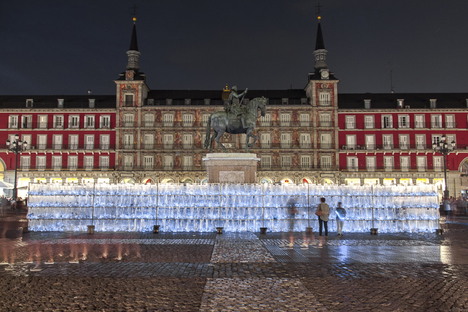 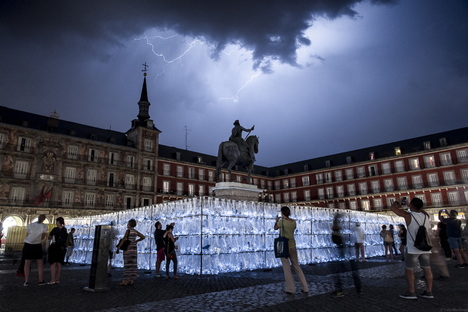 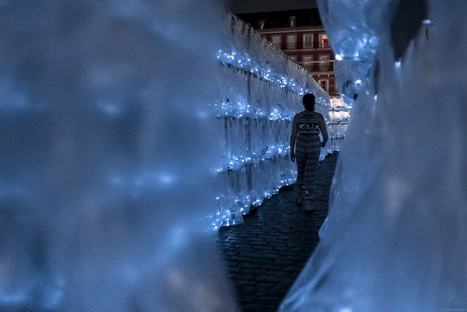 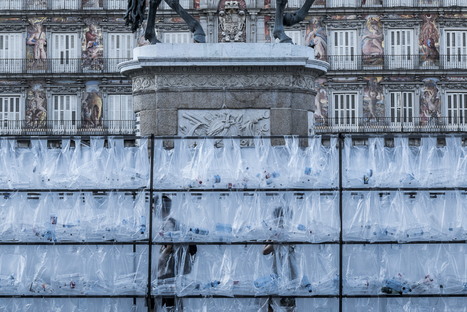 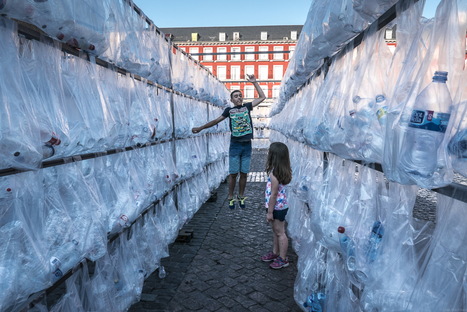 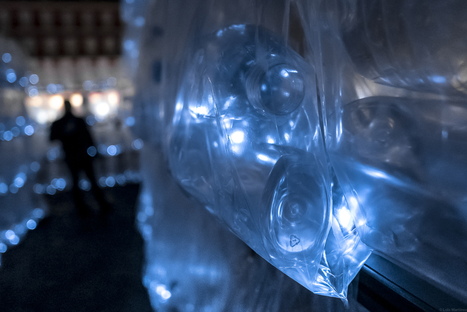 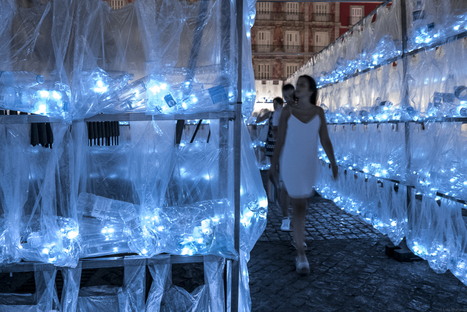 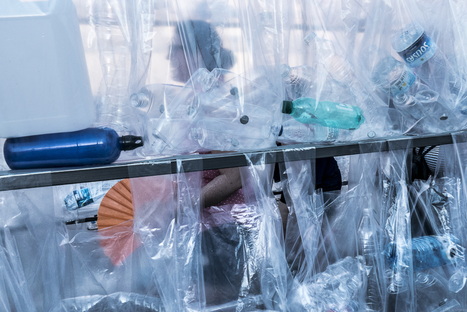 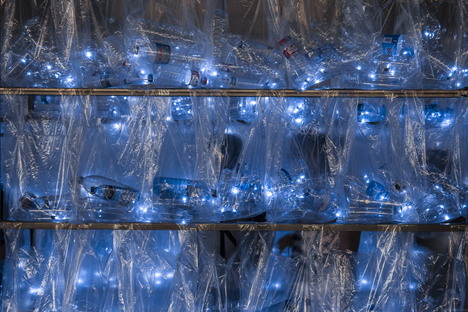 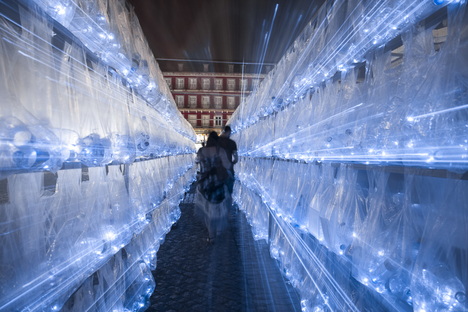 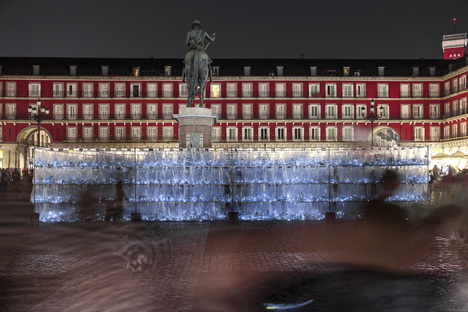 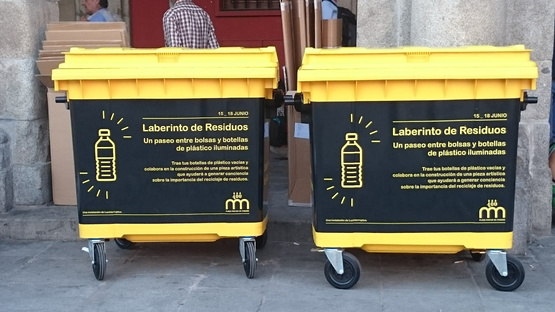